Tencent and Alibaba may establish connections between some of their services, partially breaking down the walls these companies previously erected around their respective techno-gardens. The move is a consequence of the State Administration for Market Regulation’s crackdown on anticompetitive business practices by tech companies in China, and may significantly reshape the country’s e-commerce landscape.

If merchants who operate on Alibaba’s marketplaces are able to freely post links on WeChat leading to their shops, and if WeChat Pay is integrated as a payment option on sites like Taobao and Tmall, which are run by Alibaba, then consumers will have access to a new form of convenience that hasn’t be available to them in the past.

There are signs from earlier in the year that suggested the two companies were moving toward a possible link-up. In March, Alibaba executive Wang Hai told 36Kr that his company had applied to launch a WeChat mini program for Taobao’s discount sale vertical. In fact, the applet for a group-buying service run by Alibaba went live on WeChat in April. Other Alibaba services like meal delivery platform Ele.me and new retail operator Hema also have mini programs on WeChat.

The consequences of these developments are multifold, and may significantly reshape how Pinduoduo and ByteDance build their revenue streams and user pools in the foreseeable future. 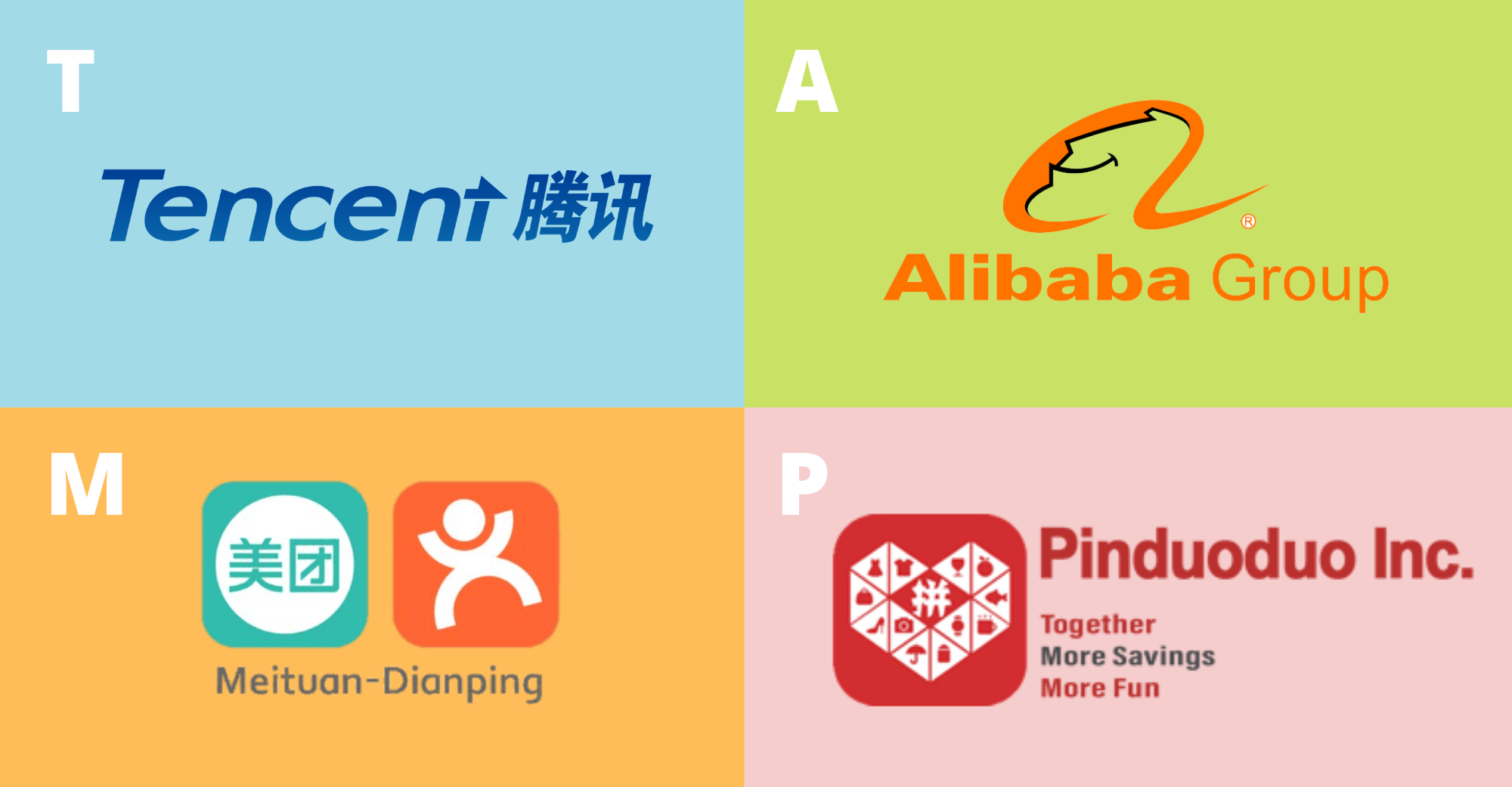 Alibaba and Tencent first walled each other off in 2013. Alibaba’s Taobao marketplace first blocked access from WeChat by citing security issues and phishing attempts originating from Tencent’s platform to exploit Alipay accounts. Tencent then responded by blocking links to Taobao shops on WeChat, severing one of the most popular e-commerce sites in China from the most widely used messaging app.

Alibaba is China’s most profitable e-commerce operator, but its growth is plateauing. In the third quarter of 2020, Alibaba added 7 million monthly active users to hit 881 million in total, falling short of the projected 899 million. Notably, Pinduoduo is signing up new users at a rate that far outpaces Alibaba.

There’s a compelling reason behind the discrepancy: customer acquisition costs for merchants on Alibaba’s e-commerce portals are about five times the amount that needs to be spent on Pinduoduo, based on data gleaned from the companies’ financial statements. If merchants see Pinduoduo as a place that offers favorable operating conditions, customers will follow.

Another factor to consider is Alibaba’s inability to lock in populous communities and retain their business. Companies that are in its portfolio, like Xiaohongshu (also known as Red), fold in users for Alibaba, but are far outmatched by the stickiness of platforms like TikTok sibling Douyin, which is staking its own corner to build features that people may pay for.

If Tencent opens up its walled garden to Alibaba, the e-commerce operator will be able to significantly lower customer acquisition costs. In Tencent’s Q1 results for 2021, the company said 1.24 billion people use WeChat worldwide, including 400 million people who access features through mini programs in the app.

The scenario of Tencent and Alibaba opening up their services to each other’s platforms nullifies Pinduoduo’s advantage of lower costs for merchants. Moreover, barriers that previously discouraged individuals from using Alibaba’s marketplaces may dissolve.

Alipay requires users to provide their bank card information to use its wallet, which blocks off younger people who may not have established financial independence and adults who do not wish to share their banking details. Meanwhile, WeChat Pay does not demand linkage with a bank card. Additionally, Alipay used dark patterns to lure users into using Huabei loan service, forming a mismatch with the habits and preferences of more mature customers.

If WeChat Pay is integrated as a payment option on Taobao, then these issues may be resolved. Plus, WeChat’s user pool could present a hefty addition to Alibaba’s count, giving the e-commerce operator wind in its sails as it navigates new ways to compete with Pinduoduo.

Ant Group has been heading overseas, specifically Europe and Southeast Asia, to seek new avenues for growth, but the pandemic threw a wrench in those plans. A fintech crackdown at home—including a scuttled IPO—has curbed its position and influence in China.

This presents an opening for WeChat Pay to aggressively expand its operations, particularly if it is integrated as a payment channel on Alibaba’s marketplaces. Yet, the extent to which WeChat Pay may benefit from Alipay’s receding presence is defined by the scope of integration—with Alibaba’s mini programs on WeChat, or in fuller tie-ups with Taobao and Tmall.

The five tech companies with the highest valuations in China are, in order, Alibaba, Tencent, ByteDance, Meituan, and Pinduoduo. Among them, ByteDance is the only firm that is not part of Tencent or Alibaba’s walled gardens, and it is encroaching on their turf rapidly. ByteDance is formulating e-commerce options in its line of apps, ramming into Alibaba’s core business, while its operations in short videos and video games step into Tencent’s wheelhouse.

A situation where Alibaba and Tencent pool their resources, even if in a limited fashion, represents an existential threat to ByteDance.

With that said, a link-up between Tencent and Alibaba sets a precedent of removing bricks in walls that previously shielded gardens, and opens up the possibility of ByteDance and Tencent resolving their differences on the matter. And if Tencent opens up WeChat and QQ to links that direct users to ByteDance’s Douyin short-video app and Toutiao news aggregator, freely moving user attention may be siphoned by ByteDance’s algorithm-driven content provision, peeling people away from feeds on Tencent’s platforms.