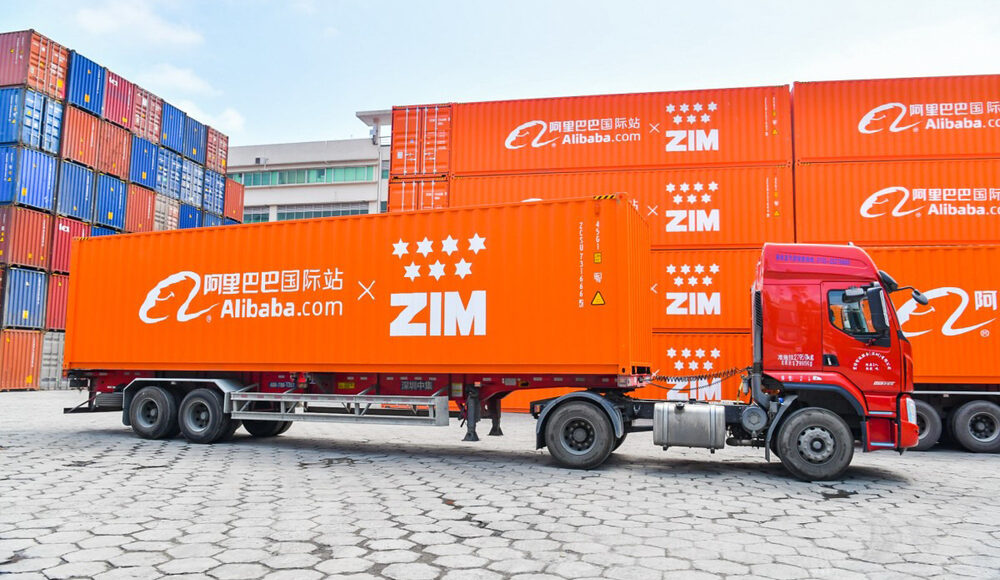 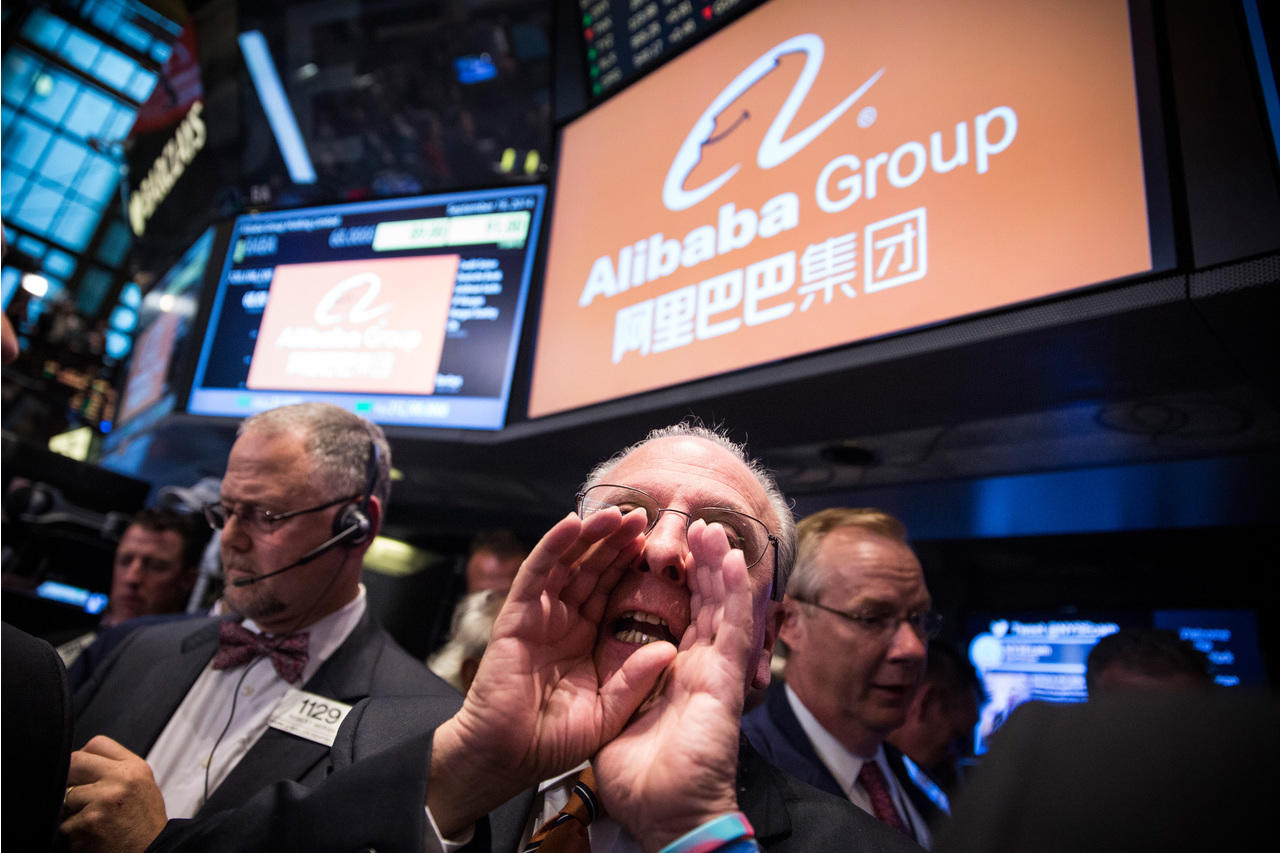 Alibaba Group (BABA) stock has been taking a beating this past year. Down about 30% from its all-time-high, it currently trades near prices it was at before the start of the COVID-19 pandemic. The stock’s losses have been widely attributed to an antitrust crackdown by Chinese authorities. In the fourth quarter, BABA ran an $836 million net loss, attributable largely to a $2.7 billion antitrust fine. Without the fine, net income would have been positive.

Reports that Chinese authorities have been cracking down on internet companies have spooked investors, leading to a selloff in Chinese internet stocks. Rumors have been swirling that Chinese Communist Party (CCP) authorities have been randomly visiting factories demanding financial records and other proofs of compliance. These reports have not been received well. The KraneShares CSI China Internet ETF (KWEB) is down about 8% for the year, with most of the losses having occurred since the Chinese antitrust crackdown began. Investors are worried that the CCP’s actions will affect Chinese firms’ profits. In BABA’s case, that has already materialized, as the recent fine single-handedly prevented it from turning a profit in Q4.

Concern about Alibaba’s political/regulatory risks is warranted. According to legal expert Huyue Zhang, China’s government is powerful enough that companies targeted by it almost never bother to go to court. Instead, they settle, seeing it as an easier way to make their problem disappear. This fact speaks to a strong government that will be able to get its way should it pursue antitrust action against tech firms like Alibaba.

Still, BABA is, on the whole, a great stock. It has an enviable combination of a cheap valuation and high growth, which make it a classic “growth at a reasonable price” (GARP) play. It is true that China’s antitrust push could put the company’s growth and profitability in jeopardy. But as you’ll see shortly, BABA can easily withstand multi-billion dollar fines and still grow. Given this fact, I will develop a bullish thesis on BABA, arguing that it has more positives than negatives even with the substantial political risk it faces.

One of the biggest things Alibaba has going for it is its competitive position in the eCommerce industry. There aren’t a lot of major companies that do the exact same thing Alibaba does–“wholesale” eCommerce mainly for business clients. If you look up “Alibaba competitors” in a search engine, you’ll likely see companies like Amazon, eBay, and even Walmart. These companies are technically in the same industry as Alibaba, but they aren’t true competitors.

Alibaba serves a very different type of customers than the U.S. eCommerce giants do. Whereas Amazon and eBay make most of their money of business-to-consumer (B2C) sales, Alibaba makes money primarily off business-to-business (B2B) sales. That’s not to say that Amazon doesn’t do B2B, or that Alibaba doesn’t to B2C. To the contrary, Amazon has an entire platform for B2B marketers, and Alibaba has AliExpress. But a quick look at the listings below will tell you everything you need to know about Alibaba’s key difference with Amazon: 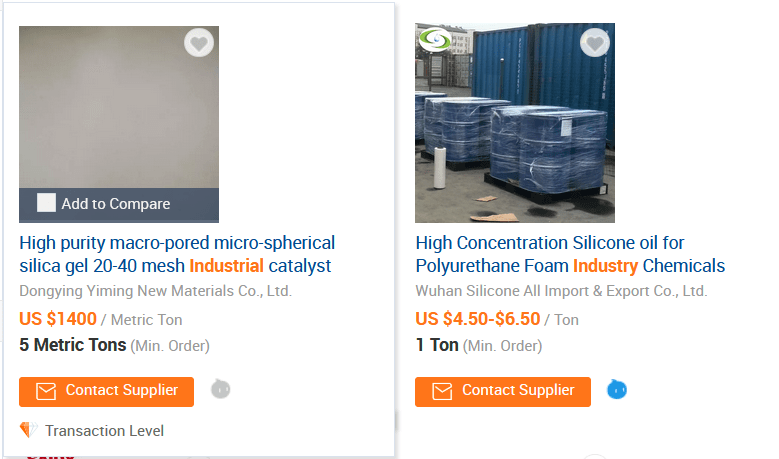 Here we’re seeing raw commodities that need to be bought in minimum volumes of up to 5 tons. This is very different from Amazon Business, which mostly focuses on finished goods and services.

There is AliExpress, a “buy and sell” service from Alibaba that is pretty similar to eBay, but its geographic focus is different. Whereas most eBay customers are in the U.S., AliExpress is more focused on the Chinese, Russian, and Brazilian markets. So the competitive overlap is not as great as the similarity of the two firms’ business models would predict.

If anything, Alibaba’s business model is actually complementary with U.S. eCommerce giants. It’s quite common, for example, for eCommerce vendors to buy products in bulk on Alibaba and then sell them on a platform like Amazon or Shopify (SHOP). They realize profits on the price difference. Alibaba has an advantage in supplying cheap goods from China, so it should be able to maintain this niche for the foreseeable future.

Where BABA does face some real competition is on the domestic front. The Chinese firm JD.com is pretty similar to Alibaba, offering customers a massive number of consumer and business goods. However, JD.com has an entirely different business model than Alibaba does (it sells inventory directly) and caters to a different type of customer.

Having already established that Alibaba is a company with an enviable industry position, we can turn to its fundamentals. I’ll begin by looking at financial performance, and then move on to valuation.

In terms of revenue, earnings, and profit margins, Alibaba is indisputably a thriving business. The following metrics for the fourth quarter and fiscal year 2020 illustrate that point:

These are all pretty solid results. Even with the $2.7 billion fine in the fourth quarter, BABA still managed to squeeze out slight growth in net income for the full year. Which goes a long way to explaining why I think this stock may win out even with the regulatory risks it faces. According to Seeking Alpha Quant, BABA has grown revenue by 47% CAGR over the last five years, and net income by 16%. Based on this we could project how much money Alibaba will be making in the future, assuming it keeps growing at its current pace. That’s not an unrealistic assumption, because 16% earnings growth is very doable even for a large company.

If Alibaba were to grow earnings at 16% per year over the next five years, its earnings numbers would be:

If this scenario played out, and BABA’s stock price didn’t change, it would be trading at only 13.4 times earnings! That’s frankly dirt cheap for a company with this much potential. And even if Alibaba took another $2.7 billion fine in one of these years, the growth would still be pretty solid. For example, a $2.7 billion fine in 2026 would take that year’s earnings down to $43.3 billion. Using that number, we’d have a five-year CAGR earnings growth rate of 14.5%. That’s still fairly decent, particularly when we look at BABA’s valuation.

By far one of the most exciting things about BABA is its modest valuation. This is a very high-growth company, yet it trades at an absolute discount compared to U.S. companies with similar performance. Some key valuation metrics for the trailing 12-month period are:

These metrics are all much lower than those for the North American eCommerce giants like Amazon and Shopify. Yet Alibaba is doing just as well as those businesses by many metrics, including growth, profit margins, and active users. Based on forward earnings estimates, BABA has a PEG ratio of just 0.71. That’s extremely low, and points to the stock being a solid GARP play – assuming the antitrust issues it’s currently experiencing don’t escalate too much.

As I’ve shown in this article so far, Alibaba is a high-growth company with an enviable competitive position that can easily afford to take a few billion dollar fines on the chin and still thrive. Still, there are several risks and challenges to my thesis. Some of the most important include:

It’s a stock that’s ultra-cheap relative to its competitors and has enough growth potential to be worth investing in. Yes, the company faces significant risk, but not an insurmountable amount. As I showed earlier, BABA can absorb more fines like the one it took in Q4 and still grow its profits over the long term. There is a real risk that China’s antitrust action becomes more extreme than it already has been, but it’s unlikely that China would risk its global financial influence by tripping up its own companies. Overall, BABA looks like a long-term winner.

US’ trade war with China is a lost cause; Biden has no…