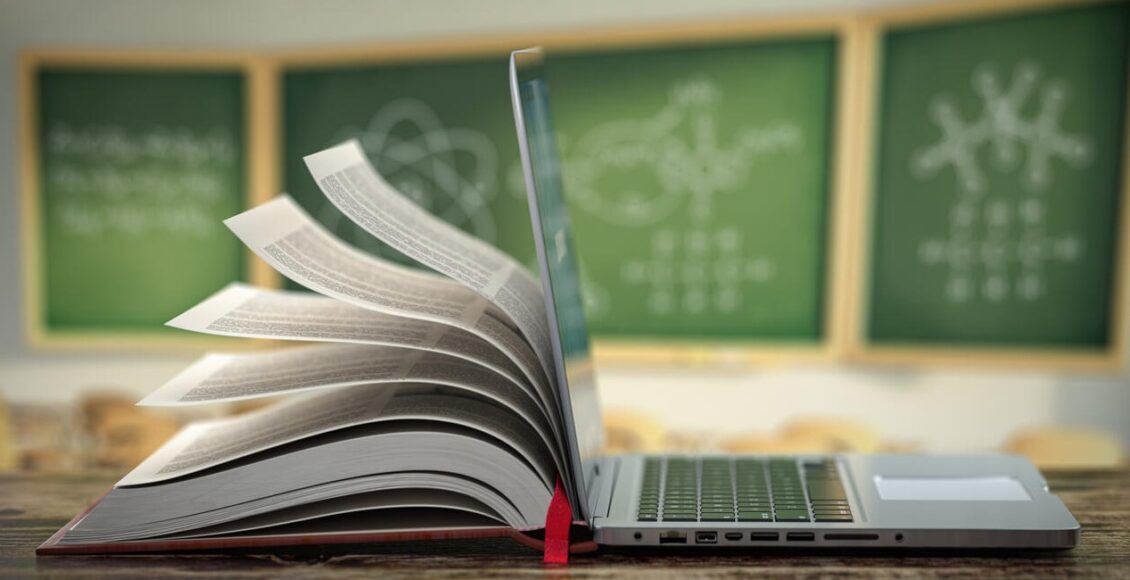 Many moons ago, I was chatting to a Chinese friend about salaries paid to tradesmen in the West. I happened to mention that I had previously worked in the construction industry in the ’80s and many labourers were paid around $1,500 a week (that was when $1,500 a week was a lot of money); she began to giggle. I went on to tell her that some Oxford University graduates were training to become plumbers in the expectation that they would progress, once trained, to earn around $150,000 a year. At this point she started laughing so heartily, I became concerned that she might develop a hernia. I recount this tale, not to brag about my talent as a raconteur, but to highlight a major difference between the West and China. In China, manual workers are paid a pittance, and this is of course one of the reasons why Chinese students tend to be more motivated to study than their western counterparts.

The prospect of a poverty laden life is by no means the only driver that galvanises young Chinese to focus on their studies. The Hukou is another motivator and is a system that has been a part of the fabric of China for many generations. This system is a kind of registration and ties an individual and family members to a specific area. This doesn’t mean that a Chinese person can’t travel for work, but it does mean that if they go to, say, Shanghai to get a job, their children may experience some problems getting into a decent school. Whilst it is possible to change the Hukou from one area to another, yes, you guessed, it’s far easier for an engineer to alter their Hukou than a plumber or a waiter.

It is little wonder that the vast majority of middle-class Chinese parents spend whatever it takes to ensure that their children pass both the High School Entrance Exam and the College Entrance Exam. I should also mention that students not only need to perform well in these exams to avoid a lifetime of drudgery, they need to be in the top percentile since only a certain percentage are allowed to gain the appropriate passing certificate.

The last driver for the burgeoning education market is the expanding middle class. By some estimates, there are now more than 400 million Chinese classified as middle class. To put this into perspective, that is more than the entire population of the USA. Furthermore, it is the stated aim of the Chinese government to increase this number, so it is reasonable to conclude that the education market may also continue to expand.

As you may imagine, there are many companies endeavouring to prosper from the soaring demand for education services, New Oriental Education being amongst the market leaders. In short, NOE provides both “bricks and mortar” schools as well as online tuition. For those who wish for more detail regarding their offerings, I suggest a visit to their website.

Two widely known companies vying with NOE for market share are TAL Education Group and Gaotu Techedu Inc. Of course, they are not identical in their market focus and strategy, however I feel it is legitimate to make some comparisons to highlight the attractiveness of NOE as an investment.

How does NOE stack up against the competition?

For the purposes of comparing revenue and EPS (Earnings Per Share) I have compared two similar periods for the three companies; Q1 2020 and Q1 2021. First of all, from the table given, it would appear that all three companies have experienced a dramatic rise in revenue. Having said that, both TAL and Gaotu have been the subject of investigations questioning the validity of these figures. In May 2020, many short sellers describe Gaotu as an “almost completely empty box”. In addition, TAL Education has admitted to inflating sales figures according to reports in April 2020.

One of the first performance measures to evaluate when analysing a company’s financial condition is its ability to produce a profit. An industry standard that investors rely on to see how well a company has done in this regard is EPS. From the table, alarm bells ought to be ringing for those considering TAL and Gaotu as investments.

Table produced by author from information available for NOE, TAL and Gaotu (Revenue figures in $1,000s)

Another favoured method of scrutinising the validity of an investment is Return on Equity (ROE). Once more, NOE is the leader of the pack, although it has to be said, 2.5% is hardly attention grabbing.

One may justifiably ask why the ROE for NOE is a modest 2.5%. Well, this may in part be explained by the heavy investment the company is making in both “bricks and mortar” schools and the technology required to expedite superior online services.

It requires little effort to envisage investors becoming a tad skittish about their holdings in NOE given the previously-noted allegations made against others in the industry. A review of the recent price action for TAL and NOE certainly underlines this possibility. 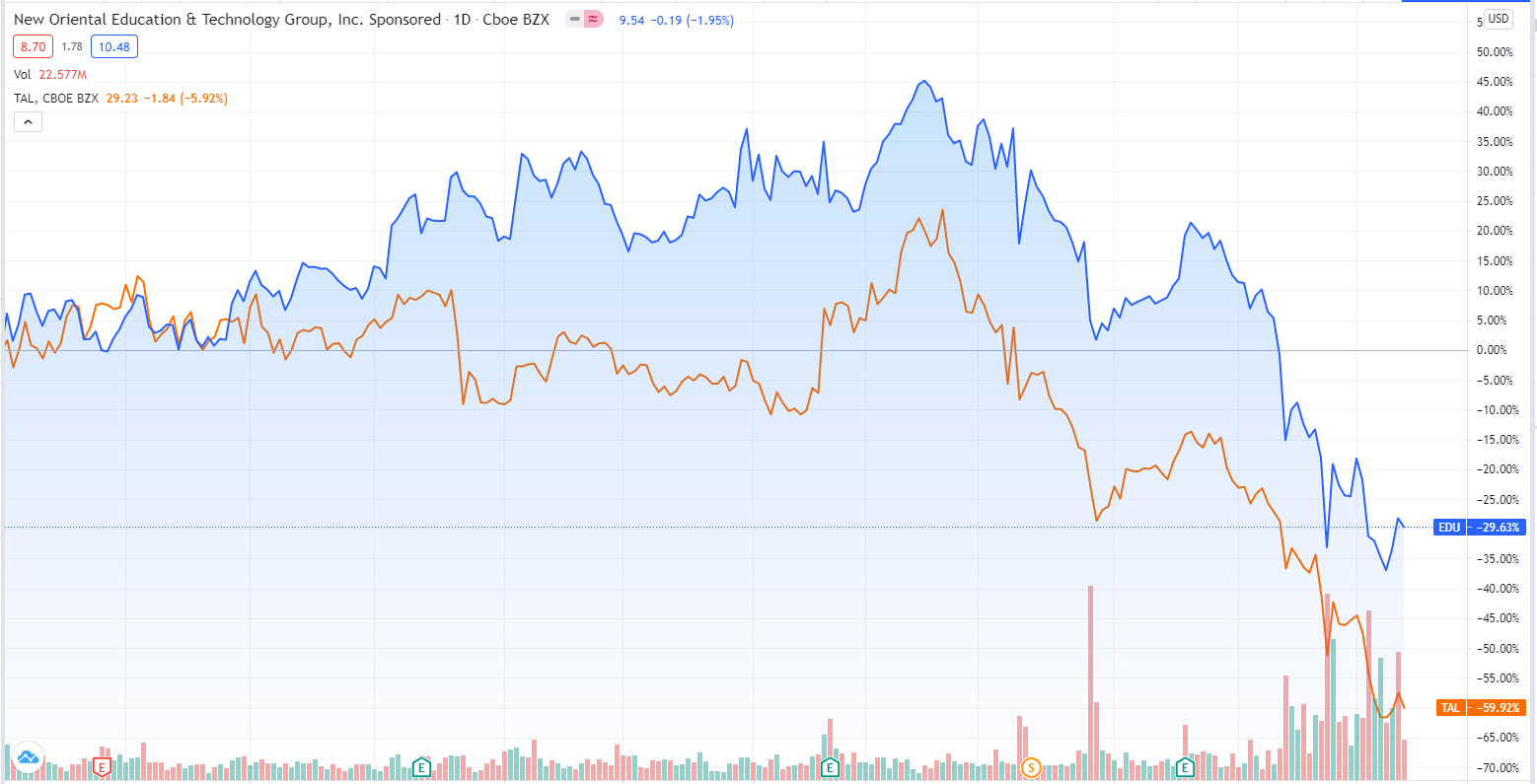 It is undoubtedly credible that NOE has been the focus of feverish scrutiny by short sellers for evidence of the malpractice alleged by TAL and Gaotu. To my knowledge, no such evidence has been uncovered. So, we have a stock that has slumped in tandem with TAL and Gaotu for reasons other than allegations of misdeeds.

As of today, the stock price sits at $9.54, which represents an approximately 50% drop from its all time high of $19.68 in February of this year. If we take a closer look at the recent price action, a very compelling case for purchasing stock can be made based on a technical analysis of the chart. Dear reader, you may be wondering why I am using the chart of Hong Kong stock market price of NOE rather than the NYSE price chart. The reason for this is that investors in Hong Kong are closer to the action so to speak and the price / volume values are slightly different in both jurisdictions. 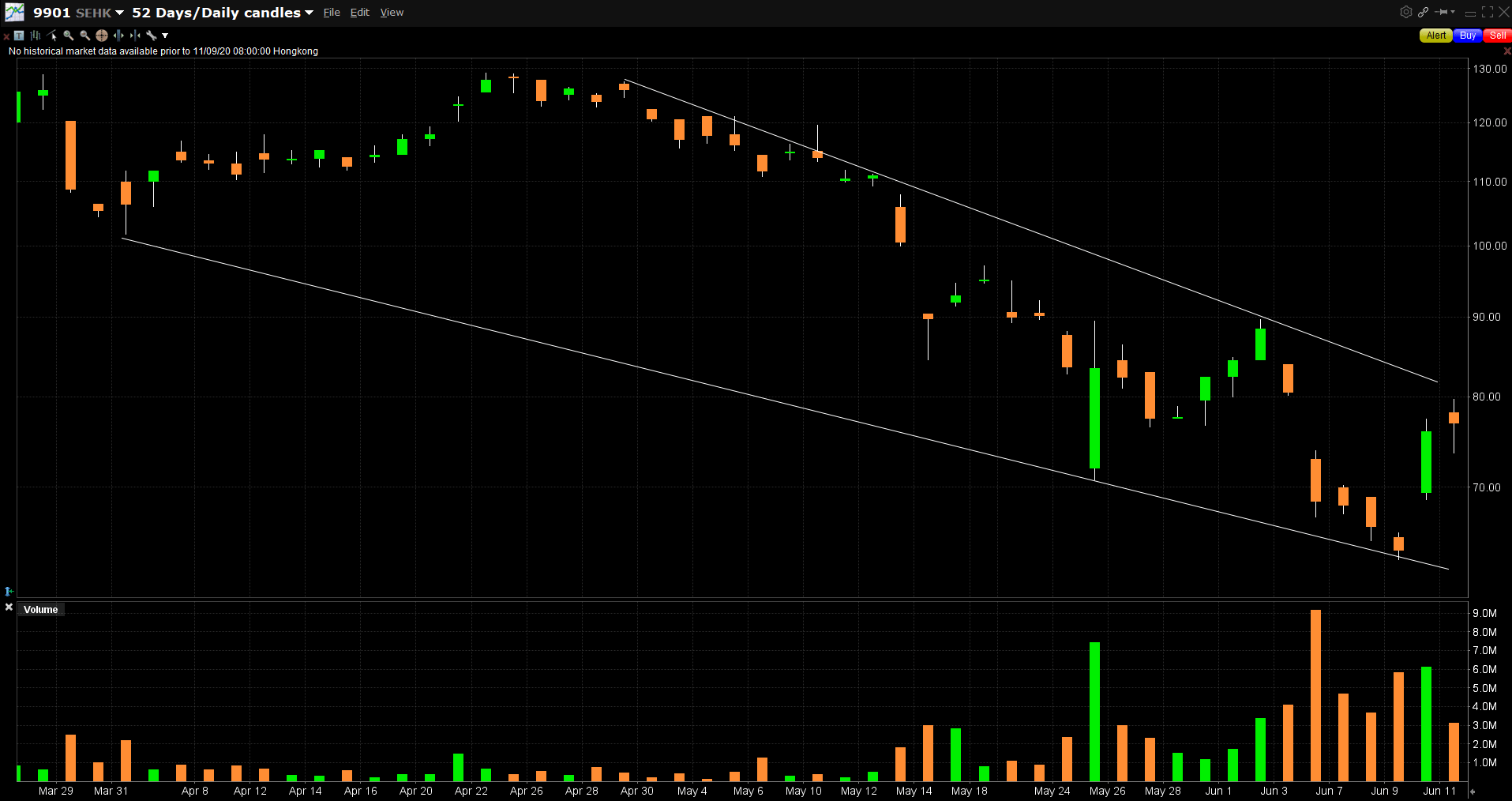 hart produced by author using the HKEX ticker for NOE; 9901

To begin with, most investors can recognise the “falling wedge” chart pattern, which is typically, but not always, bullish for the stock. There are also signs of “accumulation” by big-money investors. This accumulation phenomenon is characterised by a large increase in price on relatively high volume. There then follows a decline in the price as a small portion of those shares are sold in an effort to lower the price once again. Finally, once the price has dropped sufficiently, a big move up again with an associated increase in volume. Thus, big-money investors accumulate the stock in question. From the 25 May, just such a pattern has, in my view, occurred.

Recently, the Chinese government has hinted at the possibility of various controls on K12 after school classes. These announcements hit the stock price of TAL and Gaotu quite severely. The stock of NOE was shaken less since NOE is less dependent on the K12 segment. However, further clarification has suggested that certain restrictions are to be shelved.

Some analysts are also weighing in with sell recommendations for certain stocks in the sector. Thus far, NOE has escaped this negative guidance.

It would appear that New Oriental Education is growing in a market that shows no sign of tapering off anytime soon. Also, the company is continuing to invest so that future demands are catered for. Finally, the price chart indicates a reasonable entry price as it is around 50% off its highs.

Alibaba Drops Amid Signal Some Investors May Be Poised to…

SEC Moves a Step Closer to Delisting Chinese Companies in…