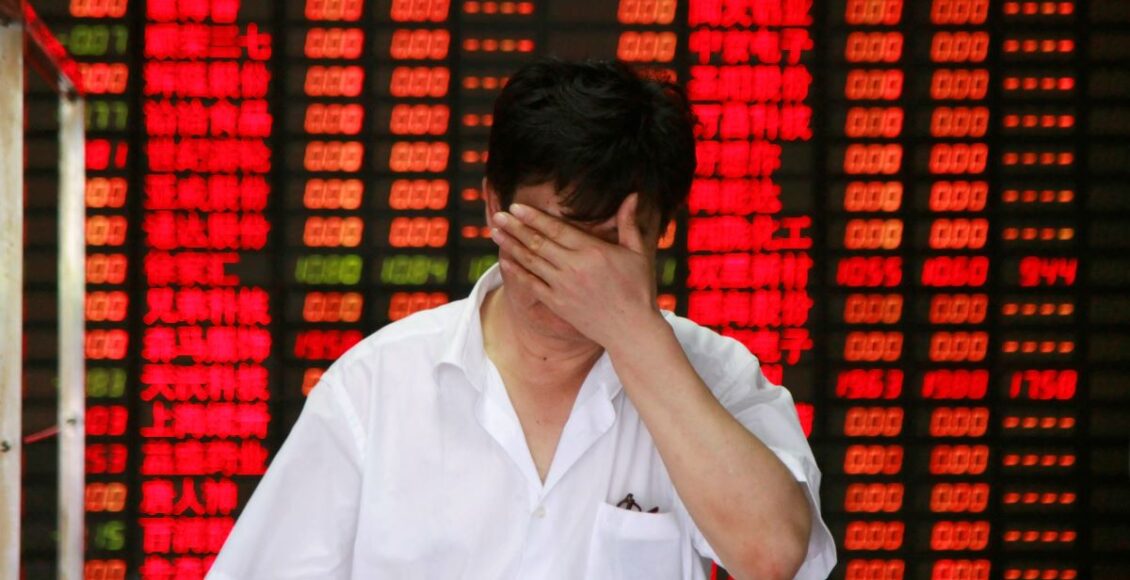 Tech stock investors are facing one of their biggest tests of nerves as Chinese regulators slammed the market with rapid-fire regulatory actions against internet-platform operators over security and data privacy issues.

The Hang Seng Tech Index slumped for a seventh day in Hong Kong, sinking 3.7 per cent to a nine-month low. The broader market tumbled for an eighth day, losing 2.9 per cent to reach the lowest level this year.

The 30-member gauge tracking industry leaders like Alibaba Group Holding and Tencent Holdings has now lost 33 per cent from the peak on February 17, wiping out at least US$616 billion of capitalisation. That exceeds Thailand’s US$549 billion equity market, the biggest in Southeast Asia.

China’s cyberspace agency on Sunday ordered ride-hailing firm Didi Chuxing off the nation’s app stores on national security grounds, startling global investors barely days after it went public as Didi Global Inc in New York on June 30. The decision is seen as a widening crackdown on the sector since it foiled Ant Group’s blockbuster stock offering in November on antitrust issues.

“The market needs to re-evaluate the sector on the backdrop of all these new regulations,” said Luo Di, a Shanghai-based portfolio manager at UBS Asset Management. “The valuation will definitely be revised downward on the back of the tightening rules.”

This week’s episode evoked fears among seasoned traders and money managers, who have misread the policy signals from Beijing since the antitrust clampdown on fintech companies. Investors including JPMorgan Asset Management and Fidelity International have been punished for being too bullish too soon on Chinese tech stocks while BlackRock steered clear of them.

JPMorgan’s Asia-Pacific Technology Fund co-managed by Oliver Cox has lost 1 per cent this year, while the China Consumer Equity fund under Hyomie Jie at Fidelity fell 2.8 per cent, according to Bloomberg data. BlackRock’s China Fund co-managed by Lucy Liu advanced 1.7 per cent.

The Hang Seng Tech Index is now valued at 43 times estimated forward earnings, compared with a peak of 49 times in February, according to Bloomberg data. Global tech peers traded at about 32 times on Nasdaq.

The current earnings multiple may not be appealing enough for investors like UBS Asset Management. Luo said the Didi Chuxing case, in which China invoked national security in the clampdown, has no precedent and is challenging the valuation methodology.

The ongoing curbs could heighten the risk of industry decoupling, with Chinese companies attempting to catch up with their US rivals against the backdrop of the technology war.

“There’s a big risk of the technology decoupling in China and the US,” said Liu Ligang, chief China economist at Citigroup in Hong Kong. “China still needs to count on these domestic companies with global influence to close the gap in the tech area.”

JD.com: The Chinese Amazon Is One Of The Best Ways To Play China’s Expanding Economy

After online tutoring, why is China cracking down on private…