As much as e-commerce has become a default choice for people shopping in China, most consumers living in the country may have hardly heard of AliExpress.

However, the online marketplace is the go-to venue for a loyal customer base in Russia, Spain and Southeast Asia and a growing number of countries, who aspire for both quality Chinese or local products at reasonable prices and easy delivery.

Founded in 2010, AliExpress is a subsidiary of Alibaba Group Holding and the equivalent of Alibaba’s business-to-customer site Tmall. Only, AliExpress targets overseas customers.

While the company has not disclosed the exact number of users, the entire Alibaba Group reported some 200 million international users of late, of which AliExpress “claimed a noticeable share”, said General Manager Wang Mingqiang.

Among them is Carine Danblier, 51, a Belgian housewife based in Brussels, for whom shopping on AliExpress has proved to be nothing short of a treasure hunt.

Every week, she snaps up cooking accessories, shoes and electronic gadgets directly from China via AliExpress. A few taps on her device keypad, followed by a few days in wait－that’s all it takes for the tamper-proof parcels to materialize at her doorstep. 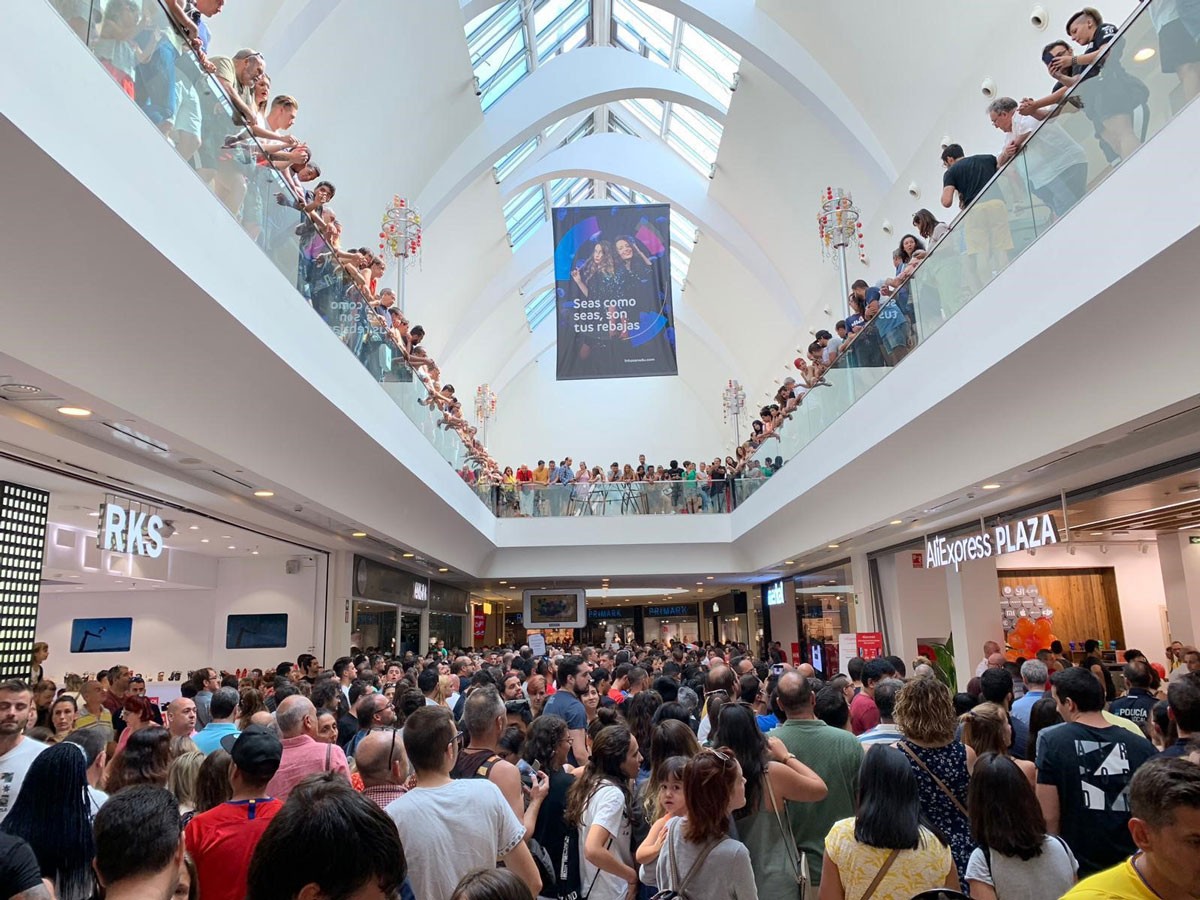 So impressed is Danblier with AliExpress that she has created a Facebook page just to share images of the goodies as well as information on online deals. Two years on, the page has 100,000 followers.

AliExpress is gaining traction among users such as Danblier by reshaping their shopping behavior and building a personal rapport, said Zuniga Perez Pell, an employee at AliExpress’ Spanish operations.

“Weddings are perhaps the most important occasions for women. In the past, Spanish women never bought wedding dresses online. But now, taking a look at AliExpress before buying is becoming a ritual,” he said.

AliExpress provides a win-win scenario for both global shoppers and export-driven Chinese manufacturers, who are transitioning from being original equipment manufacturers to providers of higher-end branded products.

Napearl, a Chinese curtain maker, is riding the consumption boom overseas. Via AliExpress, the company receives regular orders from US customers for tailor-made curtains used in villas. Its monthly revenue could top $500,000, said Wang Yuting, its operations director.

Alibaba has also become famous in Europe for its Singles Day shopping extravaganza on Nov 11, which created a buzz on online social media.

Last year, the number of merchants who participated in the Nov 11 online shopping extravaganza rose by 30 percent and the number of items grew by 60 percent year-on-year, though it did not provide detailed figures. Nearly 2,000 Chinese merchants crossed last year’s 24-hour sales volume in less than an hour this year.

The company is doubling down on logistics this year to drive “robust growth” as more foreign buyers become accustomed to online shopping amid the lingering COVID-19 pandemic.

“The overseas e-commerce landscape is still not penetrated fully. We are in the upward stage, just like the rising sun,” Wang said.

China’s crackdown on tech and tutoring is really directed at…