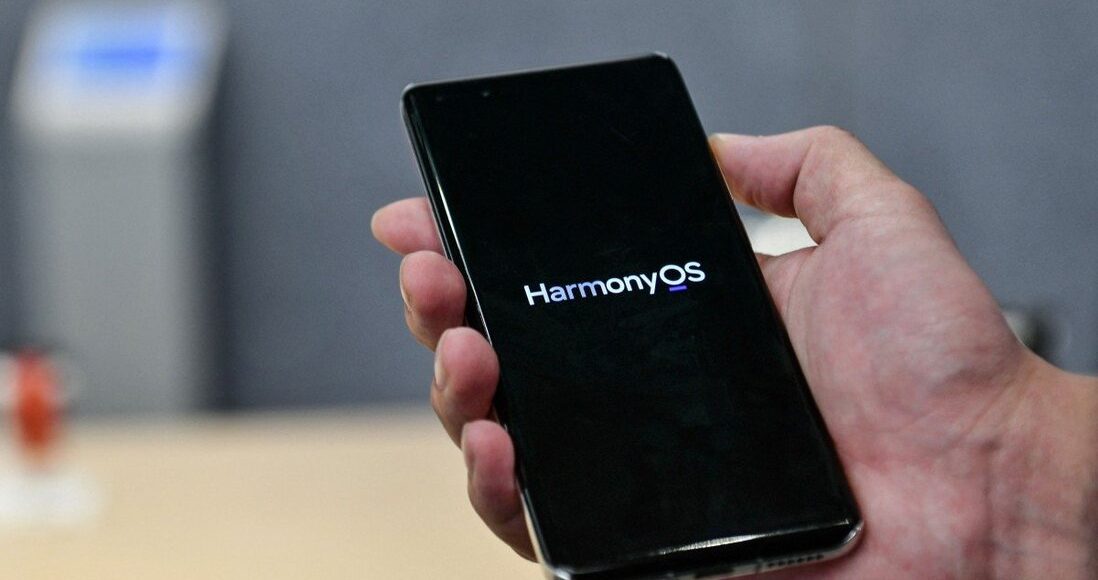 Huawei Technologies Co’s HarmonyOS 2 has arrived, and it is set to start showing up in more smartphones, tablets, smartwatches and even home appliances.

Under pressure from US sanctions that have blocked access to Google apps and services, Huawei began transitioning last year to HarmonyOS, its own in-house operating system for Internet-of-Things (IoT) devices. The company now has numerous partners for the OS, including home appliances giant Midea, drone maker SZ DJI Technology, and Swiss watchmakers Tissot and Swatch.

However, questions abound about what exactly HarmonyOS is and whether it can compete with the Android/iOS smartphone duopoly.

Here is what you need to know:

Harmony (known as Hongmeng in Chinese) is an operating system that Huawei said it has been working on since 2012, when a small group of its top executives headed by founder Ren Zhengfei held a closed-door meeting to brainstorm ideas on how to reduce its dependency on Android.

Eventually, Huawei was left without a choice: The company was blacklisted by the US in May 2019, resulting the loss of access to Google services. While the Android Open Source Project (AOSP) is still free for anyone to use, Google’s proprietary services are considered a must-have for Android devices outside China, where Huawei’s sales have floundered since the ban.

At the time, the Shenzhen-based telecoms equipment maker said it would not install Harmony on its smartphones so it could continue to use Google’s Android to protect its app ecosystem. US restrictions, however, have persisted and become more stringent.

Beyond just putting it on smartphones, though, Huawei is positioning HarmonyOS as a modern operating system designed for all IoT devices, making it more flexible than Android or Apple’s iOS, both first developed more than a decade ago.

The first device to launch with HarmonyOS was not even a mobile device: it was a smart TV unveiled in August 2019 from budget brand Honor, which Huawei sold to a consortium last year as a consequence of the US sanctions.

The Chinese smartphone giant also said at Harmony’s launch that the OS would eventually be used in PCs, wearables, cars, smart speakers, earphones and virtual reality glasses, among other products. With new partnerships unveiled with HarmonyOS 2, the system could eventually be found on Midea appliances and DJI drones.

Is Harmony just another version of Android?

HarmonyOS runs on Huawei’s own proprietary architecture, according to the company. However, it has admitted to using AOSP code and a Linux kernel in smartphones, raising questions about whether it is just another version of Android.

Huawei originally said HarmonyOS would run on what is called a microkernel, ideal for less sophisticated IoT devices. This appears to still be the case, but it depends on what device the OS is running.

A kernel is the foundation of every OS, enabling software to interact with hardware. Most operating systems run on monolithic kernels, containing everything needed to run the system.

Microkernels are more modular, kind of like Lego bricks: the system can be broken down into smaller components and pieced back together to support future devices and enable specific features, Huawei product marketing senior manager James Lu told the Philippines-based tech site Revu in 2019.

This means microkernels are light and flexible. By running only basic operations, they can leave everything else to other parts of the system, making them better suited for IoT devices.
Monolithic kernels, on the other hand, may need to be adapted to specific devices, as is the case with Android.

HarmonyOS documentation now says the system “uses a multi-kernel design”, which includes the Linux kernel and the HarmonyOS microkernel built from Huawei’s LiteOS. This means the HarmonyOS showing up on many IoT devices is really based on LiteOS while the version on smartphones and tablets is more similar to Android. But while Huawei previously promised to make Harmony open source, it has yet to release the source code.

Then there are the apps.

Huawei originally said Android apps could be ported to HarmonyOS using its Ark Compiler with little effort. When the compiler was initially released, though, developers complained about the buggy experience, with some calling it a publicity stunt.

“Apps are the challenge for this new OS,” Bryan Ma, vice-president for client devices research at IDC, told the South China Morning Post in 2019. “Even if they are trying to make it easy for Android developers to port their apps over, it still requires an effort to recompile and test their apps. Also, Google is unlikely to port its first-party apps over, so it’s still a thorn in Huawei’s side for their overseas phones.”

Under the new multi-kernel design, HarmonyOS 2 using the Linux kernel appears to have apps that share many similarities with those on Android, only with different file extensions, technology news site Ars Technica reported.

The multi-kernel design makes HarmonyOS more like two different operating systems, similar to how Google and Apple develop different systems for different classes of devices. But Huawei’s vision is still to bridge the gap between devices.

“It is very complicated,” Yu said at the HarmonyOS launch in 2019. “The future development direction of the operating system is microkernel: we need to provide a future OS for the intelligent era [covering] all scenarios.”

What devices are getting HarmonyOS 2?

By June next year, HarmonyOS 2 will be available to nearly 100 of the company’s devices, Huawei said. Most Huawei smartphones will be able to upgrade to HarmonyOS from EMUI, including the Mate 40 and P40 series phones.

The MatePad Pro series of tablets are also eligible for an upgrade, and the latest version of the tablet ships with HarmonyOS 2 installed.

Huawei’s new Watch 3 series smartwatches ship with HarmonyOS 2, as well. This is likely where the LiteOS microkernel comes in, as Huawei Watch GT devices ran on that operating system.

HarmonyOS does not stop here, though. The company unveiled plans to put it in more TVs, cars and various IoT devices. Yu said the company has partnered with more than 1,000 hardware makers, 500,000 app developers and more than 300 service providers, enabling the company’s mobile operating system to run on more smart devices than those on Android.

The reality is likely more complicated. It will take time for other hardware makers to integrate a new operating system. There is also another challenge: none of the company’s smartphone rivals have signed on to ditch Android for Harmony.

Can HarmonyOS break up the Android and iOS duopoly?

Android and iOS have a stranglehold on smartphone operating systems, accounting for more than 99 per cent of mobile devices in May, according to StatCounter.

Operating systems tend to be a winner-take-all market, benefiting from network effects as developers and users coalesce around one or two popular systems. This has been alleviated somewhat in recent years in desktop environments owing to the increasing popularity of cross-platform web applications. The gulf between the native app and web app experience is greater on mobile, though, so consumers and developers prefer apps made for a specific OS.

The problem of attracting developers could be what sent Huawei back to the Linux kernel for smartphones and tablets. Past attempts to create Android alternatives have failed to overcome this problem.

Microsoft struggled to get app developers for its Windows Phone OS, which was discontinued in 2017, despite trying “very hard” to incentivise them – including paying them to write apps – according to Microsoft executive Joe Belfiore. At some point, the American software giant tried to add a layer to Windows that could run Android apps, but it could not get all apps to run smoothly.

Samsung Electronics also tried to replace Android on smartphones with its Tizen OS, but it was eventually relegated to smartwatches and televisions. Now it is giving up on watches, too, in a team-up with Google that will see Samsung port Tizen features to a new version of Wear OS, Google’s Android-based system for wearables.

Huawei is not even the first Chinese company to try to mount a challenge against Android. Alibaba Group Holding – the e-commerce giant that owns the Post – has AliOS, a Linux distribution that once ran on smartphones under the name YunOS and is now limited to other IoT devices.

Even if it were not burdened by US sanctions, Huawei would still face significant challenges in making its new OS a success. Borrowing from AOSP could help with the transition, giving users compatible apps right off the bat while Huawei slowly develops HarmonyOS away from the shared codebase.

However, without access to Google, YouTube, Facebook and many other popular apps and services, the OS is unlikely to take off outside China. Many of these popular global services are already blocked in the country, though, so it could fare better there.

The Chinese government’s technological self-reliance drive could also help HarmonyOS at home in the long run if the US-China tech war persists.

For now, though, most Chinese smartphone makers continue to use their own flavours of Android at home and abroad.

Huawei calls on an old friend, Russia, as U.S. sanctions bite down