The Biden administration is targeting Beijing’s widespread use of industrial subsidies that give its companies an edge over foreign rivals, an effort that could lead to new sanctions on Chinese imports and further strain U.S.-China relations.

Administration officials are considering launching an investigation into Chinese subsidies under Section 301 of the U.S. trade law, which could lead to new tariffs, according to people familiar with their plans. The White House is also looking to team up with the European Union, Japan and other allies in Asia, and rally support within the World Trade Organization to take on Chinese subsidies.

The administration “wants it to be a full-court press,” said one of the people familiar with the discussions. No final decisions have been made, the people said. Some details were earlier reported by Bloomberg News.

The planned actions come as the U.S. Trade Representative’s office winds up its monthslong review of China policy, amid rising criticism by U.S. business leaders that the White House is taking too long to address key issues dividing the world’s two largest economies.

Boeing Co. executives, in particular, have argued that the lack of a China policy has hindered its China sales.

As part of its review, the USTR has decided to try to enforce China’s commitments under the Phase One accord negotiated by the Trump administration to boost purchases of U.S. goods by $200 billion over 2020 and 2021. 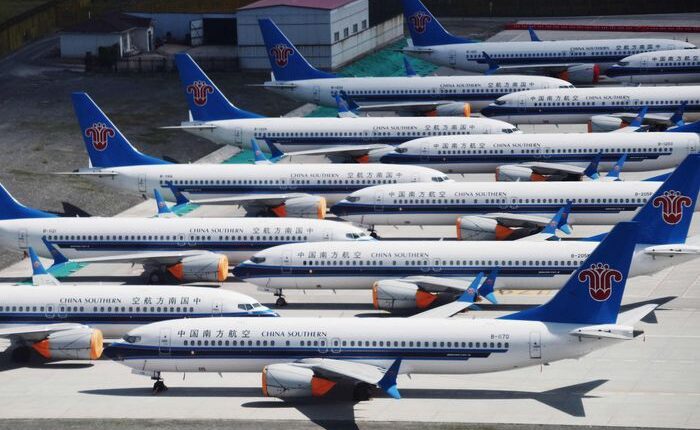 China fell short of those targets by about 40% in 2020 and is now 30% behind its scheduled purchases for 2021, according to calculations by Chad Bown, an economist at the Peterson Institute for International Economics.

A push on subsidies would follow talks on the purchase commitments, which expire at the end of this year.

U.S. and Chinese trade officials have been discussing the purchasing shortfalls, said the people familiar with the talks, but haven’t agreed on a way to address them. Higher level discussions haven’t begun.

U.S. Trade Representative Katherine Tai has had one conversation so far with her Chinese counterpart, Vice Premier Liu He. Even so, the administration is moving closer to unveiling its broader Chinese plan. On Thursday, President Biden and Chinese President Xi Jinping had their second extensive conversation, with both sides seeking to keep the overall relationship from deteriorating further.

As part of the China review, USTR doesn’t plan a wholesale reduction in tariffs on more than half of Chinese imports which were imposed during the Trump years, according to the people familiar with its planning.

Instead, the USTR has been conducting exercises to see which tariffs are hurting the U.S. economy or could substantially raise the costs of other parts of the Biden agenda, these people said, particularly the president’s plans to invest hundreds of billions of dollars into new U.S. infrastructure. 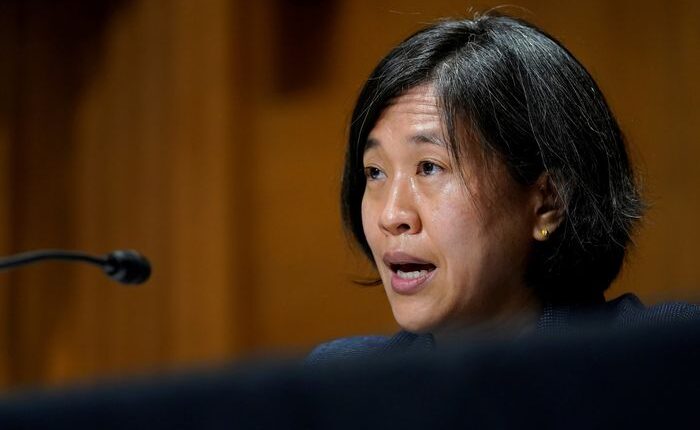 Aside from cutting some of those tariffs, U.S. officials are looking at granting exclusions from tariffs for some products, the people said.

Tariffs hurt both countries, said Liu Pengyu, a spokesman for the Chinese embassy. “The two sides should work together to create the atmosphere and conditions for the implementation” of the Phase One agreement, Mr. Liu said.

China experts say it is highly unlikely Beijing would negotiate seriously on subsidies, which it sees as essential to its economic success.

In addition to state-owned enterprises, the traditional beneficiary of subsidies, more private firms are expected to benefit from a vast web of government support as long as they adhere to the state’s goals and priorities.

Beijing recently has pledged to set aside at least $1.5 billion to support more than 1,000 government-designated small- and medium-size companies in the next five years.

For years, Beijing has used subsidies to help Chinese manufacturers dominate industries such as steel, solar panels and auto parts. However, such programs have also led to wasteful projects, overproduction and deepening inefficiency in the Chinese economy.

Now the government is trying to focus on industries it views as essential to the country’s future competitiveness, such as semiconductors, artificial intelligence and quantum computing. Local governments’ ability to dole out free funds likely will be curtailed as well.