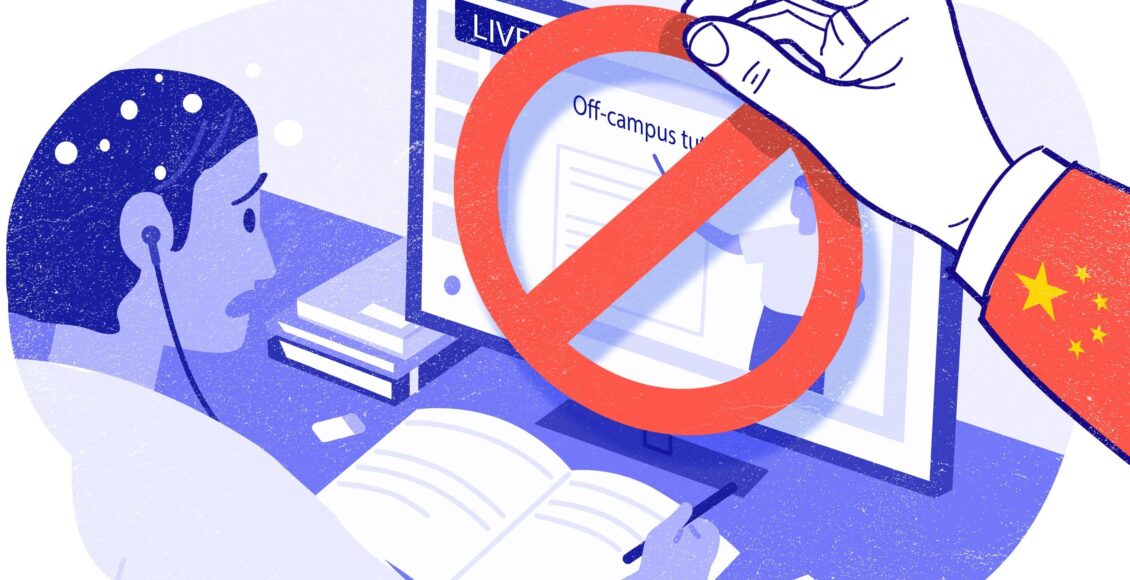 Four days before 22-year-old Emma Liu was expected to start her first full-time job as a private tutor for online classes at a Chinese start-up, the company called to notify her that work would be delayed for at least three months.

The call was made by Zebra AI Class, a unit under Tencent Holdings-backed Yuanfudao’s online education platform, which is part of the country’s vast off-campus tutoring market now under increased government scrutiny.

Besides disrupting her plans for the summer, Liu said the notice upended her life.

“I was ready to work and all of a sudden, I needed to look for a new job,” said Liu, a fresh graduate from a university in Xian, capital of northwest China’s Shaanxi province. “I can’t afford to wait [to start work at Zebra AI Class] and live in the city without any income.”

Liu’s predicament comes amid a regulatory crackdown on China’s once freewheeling off-campus tutoring market, casting a pall over the prospects for about 600,000 online institutions and tens of millions of people employed in the sector.

The stakes are high for China’s pre-college, off-campus education market. It is forecast to reach 730 billion yuan (US$112.6 billion) this year, up from 400 billion yuan in 2020, according to estimates by the National Institute for Education Sciences, consultancy Oliver Wyman and TAL Education Group.

The central government sharpened its focus on off-campus tutoring enterprises after President Xi Jinping described the domestic market for K-12 – referring to kindergarten to 12th grade – after-school training services as a “social problem” that must be fixed during a meeting of the Chinese People’s Political Consultative Conference in March.

Before that meeting, the Communist Party’s Central Commission for Discipline Inspection published a story in January criticising the overexpansion of off-campus online tutoring. It highlighted problems like false advertising and arbitrary charges, and called for strict supervision of the industry.

That has also raised concerns about whether the clampdown could potentially widen to affect the public listing plans of some off-campus tutoring providers.

Widespread speculation about lay-offs in the industry has already become a trending topic on Chinese social media, including on Weibo and Maimai, where employees contemplated that only a few companies in the sector can survive under the government’s tightened regulation.

New York-listed online learning provider Gaotu Group, which changed its name from GSX Techedu in April, has cut its department for preschoolers and stopped enrolments for children aged 3 to 6.
Yuanfudao did not immediately respond to a request for comment. The Beijing-based company, which was valued at US$15.5 billion in October last year after raising US$2.2 billion in new financing, describes itself as the leading brand in China’s primary and secondary online courses.

While private tutor Liu and many others seek new employment amid the hiring freeze caused by the government crackdown, major publicly listed off-campus online tutoring companies have seen their share prices tumble.

Both Gaotu and TAL Education Group, also listed in New York, have seen their respective shares fall by more than 70 per cent since the start of this year.

China’s Big Tech sector has been making large bets on online education for many years with the likes of Tencent, which has invested in start-ups like Yuanfudao, Baijiayun and Huohua, while Alibaba Group Holding, owner of the South China Morning Post, joined a US$1.6 billion funding round for Zuoyebang, an online education firm incubated by search giant Baidu.

ByteDance, owner of hit short video apps TikTok and Douyin, has identified education as a strategic new business and last year formed Dali, a dedicated brand for the sector.

Still, about 90 per cent of the estimated 1 million off-campus education providers in China are small enterprises that train fewer than 1,000 students a year, according to a report published last year by Oliver Wyman, in collaboration with China’s National Institute of Education Sciences and TAL Education Group.

Beijing’s sharpened focus on the off-campus tutoring market followed efforts to tighten the government’s grip on the operations of Big Tech companies and the country’s broader internet industry.

After slapping a US$2.8 billion fine on e-commerce giant Alibaba in April for antitrust violations, China’s regulators – including antitrust watchdog the State Administration for Market Regulation and internet regulator the Cyberspace Administration of China – have since hauled in dozens of the country’s biggest tech companies for a lecture on respecting industry rules and safeguarding consumer rights.

Last month, China’s Ministry of Education created a new department to oversee the off-campus tutoring industry, implementing regulatory oversight to private teachers and curricula.
The Off-Campus Education and Training Department will supervise institutions that provide training and tutoring to Chinese students from kindergarten through high school, according to the ministry. It will work with other regulatory bodies to help private educational institutions set up Communist Party cells and establish rules for incorporation, fees, and the content, scheduling and qualifications of training.

“The Ministry of Education has upgraded the supervision of off-campus education and training from a division within the Department of Basic Education to a department,” said Jiang Jianhua, a professor at the Institute of Capital Educational Policy and Law at Capital Normal University in Beijing. “The level of regulation will surely be greatly improved.”

With additional supervision and licensing requirements, however, comes compliance costs. If teachers at a start-up are insufficiently qualified, for example, the company might fail to obtain the licence it needs to start operations.

Following the creation of the new industry watchdog, various municipal authorities have announced the introduction of free and discounted childcare centres for elementary students to assist working parents.

In Shanghai, for example, 543 childcare centres will be opened to house no more than 50 students per facility. The Shanghai government will also recruit more than 12,000 volunteers to help in these centres, and hold lectures on epidemic prevention, art and sports.

Still, 33-year-old Beijing resident Mia Zhang, who has a 6-year-old child, said policies to counter the K-12 tutoring industry will only subject parents to more anxiety. Typically, primary school students take extracurricular tutoring on top of their studies on campus to perform well in tests, especially in gaokao or the annual National College Entrance Examination.

“I may need to spend more money to find an after-school tutoring class, and it might be harder to find one,” said Zhang. Her child has been enrolled in five different tutoring classes over the past two years, with the total tuition costing more than 60,000 yuan a year, she said. These included reading, maths, English, ballet and Chinese calligraphy.

“I can’t imagine a life without off-campus tutoring classes,” she said. “My neighbour’s four-year-old kid can already add and subtract numbers within 1,000.” Zhang said she may consider teaching her child at home if private tutoring courses remain unavailable.

In Haojing, a building near Haidian Huangzhuang railway station close to the prestigious Peking University and Tsinghua University, many once-thriving off-campus tutoring centres where students flocked after their classes have been turned into hair salons.

An employee, who sat inside one empty tutoring provider’s office, said the establishment was frequently raided by the education commission of Beijing’s Haidian district. As such, all classes remain on hold, or else the outfit could be slapped with a fine or permanently shut down, according to the employee, who declined to be identified.
Other off-campus tutoring providers are now forced to look at prospects outside China.

A senior manager at a K-12 English online tutoring start-up, who declined to be identified, said her company has cut its department for preschoolers. That was done to fall in line with the draft revision to the Law on the Protection of Minors, implemented on June 1, which specified that children get more leisure activities and time for rest.

The start-up is now exploring opportunities in Southeast Asian countries, where parents are keen to engage off-campus tutoring for their children, according to the senior manager. She said China always makes “overcorrections”, but expected the policy on education to be a long process that will help return their industry to a healthier state.

Once the Regulatory Dust Settles, Alibaba Could Be a Knockout Success

Xpeng prices its P5 sedan from US$24,700 after subsidies as battle for EV buyers intensifies

Who Says No Tutors and Less Homework Is Bad? Many Chinese Parents

Ant Group increases registered capital by around 47% amid…