Beijing’s regulatory assault on big tech and the off-campus education sector in recent weeks has led to a market rout as panic-stricken investors pulled their money from stocks vulnerable to policy risk.

For investors looking to move their capital into safer bets that – at least, so far – remain unscathed by the regulatory turmoil, the renewable energy sector could prove to be the answer, according to analysts.

“The policy risks to the internet and education sectors remain and are continuing to develop. On the other hand, there will be continued policy support for the renewable energy sector, which will remain an important industry to be developed in China over the coming years as part of China’s 14th five-year plan,” said Stanley Chan, director of research at Emperor Securities. “The policy risks for the sector are low, with good and stable business performance. “Investors can’t go very wrong by putting their capital into renewable energy stocks, which still have room to appreciate. This sector should be attractive for investors on the hunt for companies with good earnings in industries backed by policy support.” 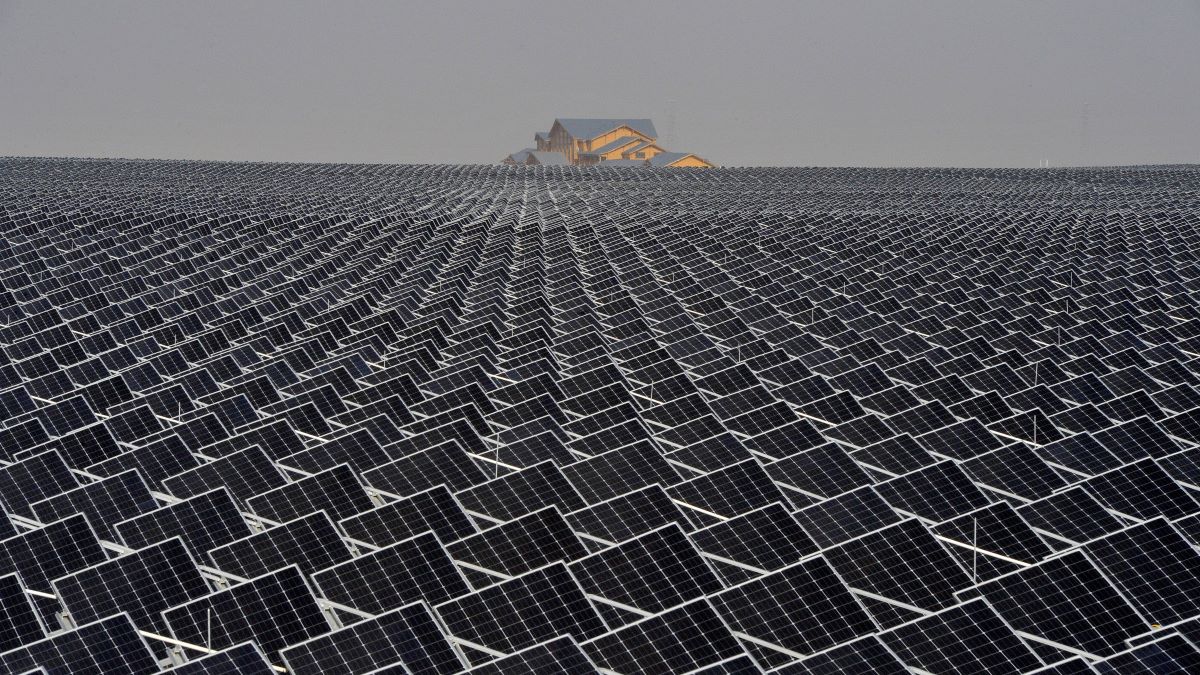 Gauges of wind and solar energy stocks have this month reached levels unseen since the start of 2016, as traders rotated into policy-friendly stocks to dodge the minefield of regulatory risks. Analysts believe the sectors have more room for growth.

The wind power industry is expected to “maintain a long-term boom”, underpinned by China’s push for carbon neutrality by 2060 and recent support from the International Renewable Energy Agency (IRENA) for the development of offshore wind, Eastmoney Securities analyst He Wei said in a report on August 3.

IRENA said that offshore renewables, including wind and floating solar photovoltaic systems, would be critical to accelerating the energy transition of G20 countries in a report on July 23.

Meanwhile, China Longyuan Power Group, the country’s largest developer of wind farms, reported that its wind power generation for the first seven months of the year had increased 21.5 per cent compared to the same period in 2020, according to a filing after the market closed on Wednesday.

The company’s stock has risen 86.5 per cent this year. It has 25 buy ratings out of 28 analysts polled by Bloomberg. JP Morgan is the most bullish with an overweight rating at a target price of HK$17.50, representing an upside of around 21 per cent from the current price of HK$14.46.

A gauge of 267 solar energy stocks compiled by Eastmoney.com has also soared to new highs since the beginning of August.

“We are positive on the renewable energy sector, especially those [companies] in the supply chain of solar energy, in which we see strong medium-term growth potential driven by the government’s goal to reach carbon neutrality by 2060,” said Chay Kai Kong, managing director of Greater China equities at Manulife Investment Management in a report on August 2.

Zhongtai International raised its target price for Xinyi Solar to HK$20 from HK$17 on August 3, maintaining a buy rating, after strong midyear results and an expected acceleration in production capacity in the coming year. This represents an upside of around 15 per cent from its current price of HK$17.38.

The gains in the renewable energy sector contrast with a dramatic slump in the leading after-school education firms and technology bellwethers, which have been pummelled by Beijing’s crackdown.

Shares of New Oriental Education and TAL Education, two of China’s largest tutoring service providers, have both plunged by more than 67 per cent since July 22, before the country’s State Council announced a crackdown on the private tutoring industry, banning holiday and weekend teaching and blocking the establishment of new extracurricular education centres.

It followed on from the government’s crackdown on big tech. On July 4, China’s cyberspace agency ordered ride-hailing firm Didi Chuxing off the nation’s app stores on national security grounds in what was seen as a widening crackdown on the sector since Ant Group’s blockbuster listing in November was derailed because of antitrust issues.

The Hang Seng Tech Index of Chinese industry leaders has lost over 37 per cent from its peak on February 17.

Baidu: An Investment In The Style Of Benjamin Graham