EU leaders discuss need to ‘rebalance’ relations with China, at first talks about Beijing in a year 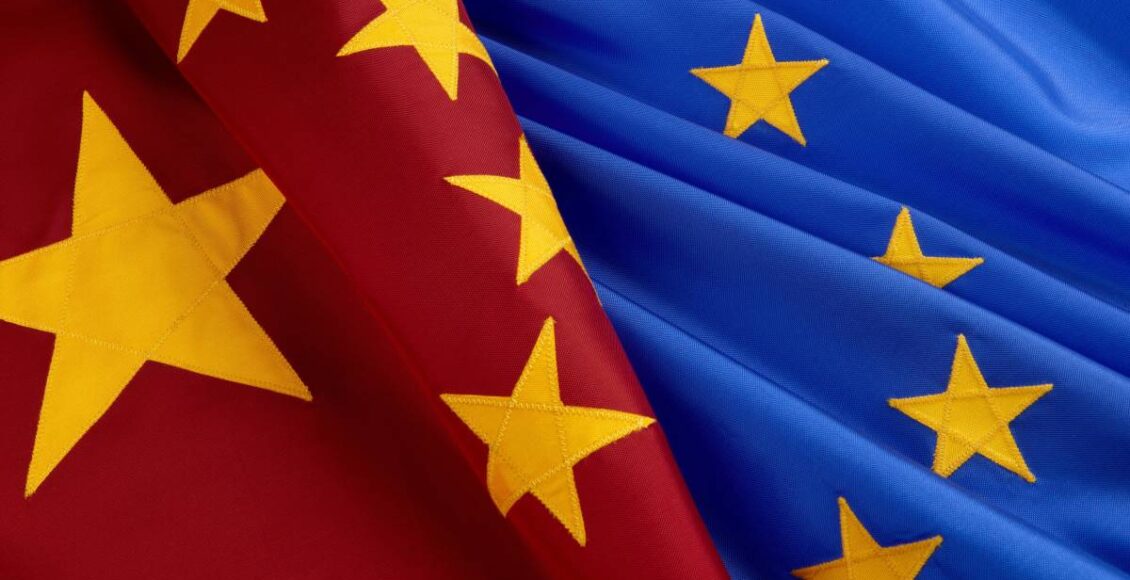 In their first talks on China for a full year, leaders of the European Union’s 27 member states discussed the need to “rebalance” the bloc’s relationship with Beijing, according to an EU official who was present.

They talked about the need for “firmness” in dealing with China, “the will to engage with China on a series of global issues”, especially climate change, as well as an investment deal struck in December that “remains de facto frozen”, said the official, who asked not to be named.

For months, the EU’s deteriorating relationship with China was to be the headline topic of discussion among the 27 national leaders at a dinner on an estate near the Slovenian capital Ljubljana.

But the scope was broadened late in the planning stage, with Afghanistan and the Indo-Pacific joining China on the agenda for an informal meeting on Tuesday night.

The informal talks focused on “the EU’s role on the international stage”, with China discussed within that framework.

Speaking before the talks, officials said the leaders would seek to clarify the EU’s positions on China, with a lot changing in the year since they last discussed Beijing.

“We feel that it’s time now after one year that the EU, in this global world where we see tensions between the US and China, clarifies its position,” one EU official said.

“The EU defends its own interests and values and protects its citizens, so in defining its interest, it’s also [about] being able to have a dialogue with China, as well as with the US. That’s in a nutshell, the idea of this debate.”

High on the agenda was the future of the stalled investment deal with China, agreed in the last days of 2020 but since paralysed by the European Parliament amid tit-for-tat sanctions.

Technical work continues on the deal behind the scenes in Brussels, and while it is impossible for it to pass without the parliament’s approval, it is still seen as a priority in some quarters.

There is a sense among Brussels officials and diplomats that the deterioration in ties that led to the demise of the agreement needs to be arrested.

Against this backdrop, leaders were set to discuss a potential EU-China summit and whether to proceed on a “27+1” basis, with all national leaders present, or on a smaller scale with fewer taking part. A leaders summit was scheduled for Leipzig, Germany, in September last year but cancelled because of Covid-19, only to be held in reduced format online.

The Post reported on Saturday that the EU was seeking talks with Chinese President Xi Jinping to help smooth relations.

Diplomats said the late change in the agenda of Tuesday night’s talks should not be read as a signal that China was not important, rather that EU-China relations were not a crisis topic, such as Afghanistan and Aukus.

The EU’s focus is a contrast to the United States, which has China at the top of its foreign policy agenda.

Diplomats in Brussels said the US embassy was “constantly badgering” them on issues relating to China, insisting that they take a sterner line towards Beijing.

On Monday night, European Commission President Ursula von der Leyen spoke to US President Joe Biden at his request, POLITICO reported, during which they agreed to defend human rights and tackle China on industrial policy. Von der Leyen reiterated that “there was no intention to decouple from China”.

Sven Biscop, a director of the Egmont Institute, a Brussels think tank on international relations, said China was a priority for the EU, but not in the same way as it was for Washington.

“For the US, the rise of China is almost seen as an identity crisis,” Biscop said. “If your identity is that you’re the No 1 great power, and suddenly there’s a challenge, then you can see that has indeed become the sole focus on most of US foreign policy.

“In the EU, it is very different, the fact that China is a great power is not in itself a problem here.”

Leaders were also expected to discuss the row between Lithuania and China, with the tiny Baltic nation becoming a dissenting voice on the EU’s three-pronged policy of treating Beijing simultaneously as a partner, competitor and systemic rival. Vilnius says it does not work and wants to see more emphasis on the “rivalry” part.

Vilnius fell foul of Beijing by allowing a “Taiwanese Representative Office” to open in the Lithuanian capital, a departure from the “Taipei Representative Offices” in the rest of Europe.
Beijing sees the inclusion of Taiwan in the name as a breach of the one-China principle.

While the row was on the agenda, an EU official tried to dampen suggestions that there would be major developments during the gathering.

“We need strategic debates at the highest level when it comes to Lithuania. Of course we will give the opportunity to [Lithuanian] President [Gitanas] Nauseda to explain what his country is experiencing, and of course, there is great solidarity from EU member states,” the official said.

“On the other hand, the question of the EU’s one-China policy has not changed and we don’t expect this to change during the dinner.”

A senior source in the Lithuanian government said that Angela Merkel, the outgoing German chancellor, rebuked Nauseda for rocking the boat on China.

Merkel has cemented strong ties with Beijing over her 16 years at the helm of the EU’s biggest economy and, even as she prepares to yield power to the next coalition government, has sought to maintain that balance.

France, on the other hand, has offered “surprisingly strong” messages of support to Lithuania over the issue, as have Scandinavian countries and some Central European states.

“The reaction has been more positive than we expected. We hope to see a political message of support [on Tuesday] to tell China it cannot pressure member states in this way, as well as a commitment on economic solidarity and to work on anti-economic coercion measures. Anything else would be a bonus,” the source said.