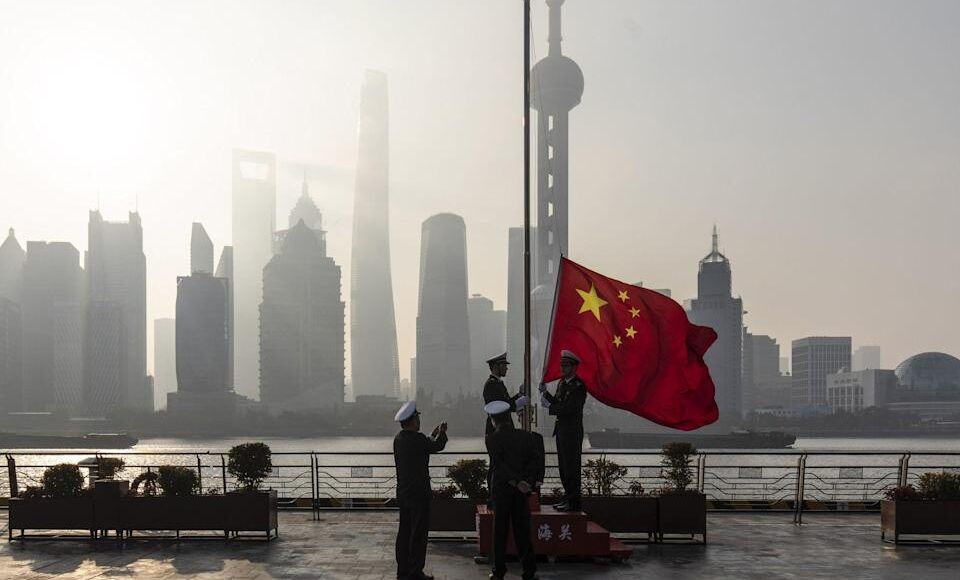 China is likely to post its weakest economic growth in more than a year when it releases quarterly data Monday as it counts the cost of a deepening property market slump and disruptions from virus outbreaks.

Gross domestic product probably expanded 3.6% in the final three months of last year, the slowest pace since the second quarter of 2020, according to the median estimate in a Bloomberg survey of economists. December data for industrial production, retail sales and fixed-asset investment, due the same day, are also expected to be weaker.

The loss of momentum is fueling speculation of more monetary stimulus, with attention focused on a possible interest-rate cut when the central bank announces a benchmark rate Monday morning. Several economists have brought forward their forecasts for rate reductions as policy makers make it a priority this year to stabilize the economy.

The downturn in the latter part of last year is a sharp contrast to the first half, when the economy was rebounding from its pandemic slump and policy makers were paring back stimulus to curb financial risks. That early performance will likely help China post 8% growth for the full year in 2021, according to economists surveyed by Bloomberg, well above the government’s target of “more than 6%.”

The credit crunch in China’s property sector shows little signs of ending, with economists projecting property investment growth weakened to 5.2% last year, the slowest pace since a national campaign in 2015 to reduce home inventories. That slowdown, coupled with subdued infrastructure investment, could drive fixed-asset investment growth lower to 4.8% for the whole year. Floor space of newly constructed homes will also be a key indicator to gauge the sector’s health after drastic declines in recent months.

Recent moves by authorities to ease some of the restrictions on real-estate funding have done little to ease pressure in the market. Home loan demand stayed weak in December, with household mid and long-term loans, a proxy for mortgages, increasing by the lowest amount since February 2020, when the nation was in lockdown to control the initial Covid-19 outbreak.

Consumer spending growth has yet to rebound to its pre-pandemic levels, as repeated outbreaks across the country dented households’ sentiment. Economists see retail sales growth slowing further to 3.8% in December from a year earlier.

Sporadic outbreaks toward the end of last year triggered a lockdown in the city of Xi’an. The spread of the highly transmissible omicron variant of the virus in Tianjin and elsewhere in early 2022 is making the outlook even gloomier.

China’s zero Covid strategy, while benefiting industrial production, is set to inflict more pain on consumption, especially on catering and travel. Economists anticipate Beijing to continue the policy and keep border controls in place throughout 2022 or even beyond, as the country enters a crucial political year and hosts the Winter Olympic games.

While the official jobless rate likely remained unchanged at 5% in December, there are doubts about whether it’s reflecting the reality on the ground. Alternative indicators and anecdotal reports suggest unemployment is worse than the official monthly figures show. The data can’t fully capture migrant workers who left cities and those who dropped out of the labor force involuntarily, economists say.

China already met its annual target for 2021 of adding more than 11 million urban jobs to the economy.

Slow income growth is another factor hurting households, and boosting it will be key to supporting a meaningful rebound in consumption. Growth in disposable income per capita failed to keep pace with GDP expansion throughout last year, although the gap is narrowing.

China is also expected to release key demographic data Monday, which will be keenly watched for signs the population could have shrunk in 2021, with deaths exceeding births for first time. The birthrate already hit a record low in 2020, with the number of births falling to 12 million.

The People’s Bank of China will decide whether to cut a key policy rate and roll over 500 billion yuan ($79 billion) of maturing policy loans Monday ahead of the GDP report.

All but four of the 10 economists polled by Bloomberg forecast the rate on the one-year medium-term lending facility will remain unchanged at 2.95%, even though the chorus is growing for a reduction. Eight of them expect a full rollover of the maturing funds.

The PBOC is likely to wait for the release of January’s credit data before making a call to cut the MLF rate, according to Citic Securities Co.’s Ming Ming. A rate cut could inflate asset bubbles, and won’t solve the economy’s structural problems and weak demand, which needs to rely on fiscal stimulus, he said in an interview.

Here’s a breakdown of the survey result:

What China’s overhaul of overseas IPO rules is all…