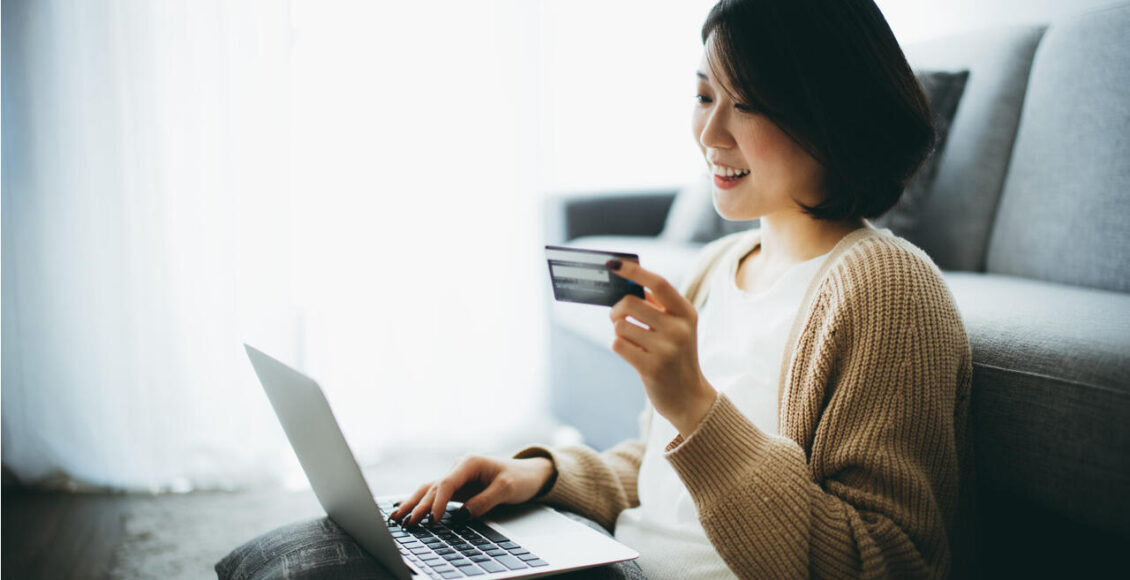 Yes, I realize that expecting a return of at least 20% a year in the next decade, is a very high rate of return, and for some people nothing more than a bold statement, but if the numbers coming from the company hold any truth to them, such a return should be possible.

I know it can be emotionally tough to invest in a company that is down -71% since its peak just 5 months ago, but please recognize that the company has not changed in any drastic way for the worse, and is still expected to grow with double digits.

The drop in share price is largely attributed to the general fear of investing in Chinese companies, and not necessarily related to the specific company itself. I believe this has opened a lot of opportunities to buy fundamentally great companies at cheap valuations from China, with Vipshop being one of them.

Vipshop is a Chinese online discount retailer selling discounted apparel through the VIP.com website. The company recently began focusing on offline stores with having opened ~100 stores in China to strengthen their ecosystem and to maintain their lead in the Chinese discount retail segment. The company has been profitable throughout the last decade, and has grown earnings per share with +25% a year. While being asked about the future growth in the recent earnings call, management had the following to say.

We are very confident that our core competency in discount sale will outpace other peers in this particular segment. As you may know that the general e-commerce industry still grow like 20% year-over-year

Revenue growth has been very encouraging, but has been slowing down. A slowdown should be expected, but the stagnation from 2018-2020 is something to be aware of. The closing of physical shops due to COVID-19 has obviously helped the revenue this year, but is most likely only temporary to a certain degree. Nevertheless, analysts and the company are still expecting the revenue to grow, which is very encouraging.

As seen in the below picture, the net profit margin of the company has remained positive and has even improved in recent quarters. Even though the revenue growth has been slowing down, management has kept improving margins, therewith minimizing the impact of slowing down revenues on the bottom line.

COVID-19 has helped margins to reach new highs, which is probably not sustainable. I would not be surprised to see the margins falling to pre- COVID-19 levels and stabilize near 2019 levels.

The company has been profitable for a decade and has been growing every year expect a drop in 2018, but bounced back even higher the following year. Management has said that they would expect to outperform competitors in the discount segment and would expect steady growth in the future. Net income is continuing to make new highs, and has always been stable without fluctuations.

The company has also just begun to deliver positive free cash flow, which is excellent. Management has been using the cash to open stores, made and acquisition and has been buying back shares. A majority of investors do not want to buy their shares, but the company themselves is doing it. I think that is very telling and a prudent move by management. 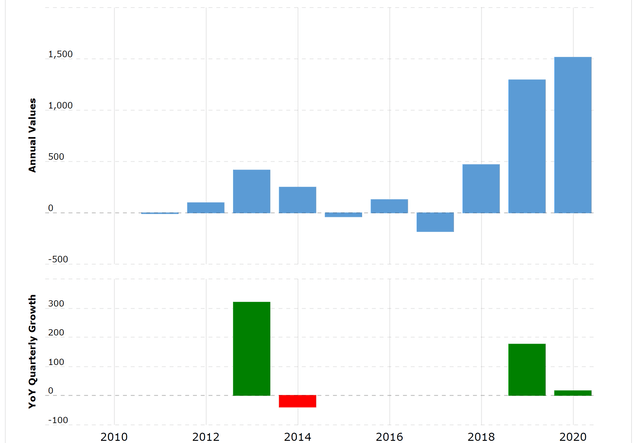 Revenue growth has been excellent, but has been slowing down in recent years. Analysts and the company still expect it to continue to grow. Margins will most likely fall to pre- COVID-19 levels. The free cash flow is expected to remain stable. Management has said they expect to outperform in their segment and to produce steady growth. They have also been prudent with the use of cash by buying back their own shares.

I will normally use a standard 15 multiple as a guideline of intrinsic valuation, but this company is simply growing too fast to use such a low multiple. The company has been averaging +20% a year in earnings per share growth, so a fair multiple, assuming they can keep that growth rate, would be close to 20. Being very conservative would be to use the 15 multiplier, which would still indicate severe undervaluation.

A large debt burden will drag down a company´s multiple, but it appears that Vipshop has a very healthy balance sheet. A company can carry close to 3x their own free cash flow in net debt. Vipshop as of their latest quarter is carrying ~$2b in surplus as cash on hand after all debts are subtracted. I would in this case subtract those $2b in surplus cash from their market cap, which gives it a new market cap of $7b.

You are currently buying the business for a ~9 multiple on earnings per share, with $2b in cash on hand with no debt. With the $2b subtracted from the market cap, it gives us a 7.2 p/e. Such low multiples should only be contributed to a dying company or one that is very leveraged, not a company consistently growing by double digits.

A return to a modest 15 p/e would indicate 62% upside from current prices. 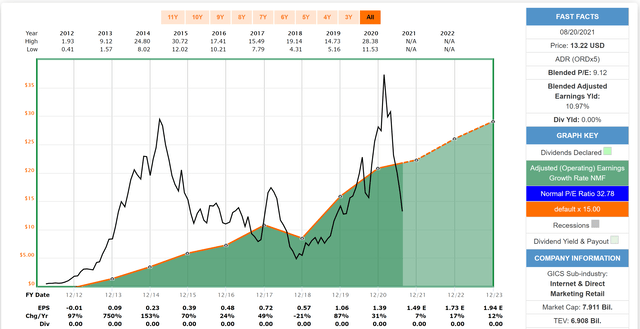 The large amount of free cash flow relative to its market cap, is earnings an investor a lot of cash per share. To put this into perspective, if the company should choose to pay a dividend with a low ~33% payout ratio, the yield would be close to ~5.2%. Instead of paying a dividend, the company has been choosing to reinvest the cash into the business, to build up a large cash on hand position, and has been buying back shares in the recent quarter. 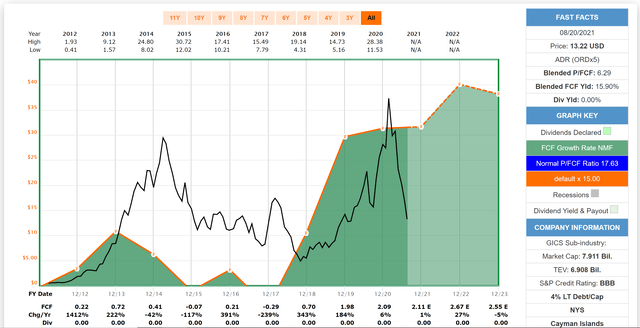 This is a strong company with a lot of tailwinds. Even thought revenue growth has been slowing down, profitability has been improving. The company appears very undervalued based on operating earnings and free cash flow. Their large pile of surplus cash on hand should enable the company to capture future growth opportunities.

It s a consistently growing business with a lot of surplus cash on hand trading for low single digit multiples. I do not see this stock being at its current price of $13.31 for long, before the market corrects its valuation. In the meantime, it is a great opportunity to buy a business with a large margin of safety.

I am therefore giving it a “bullish” rating.