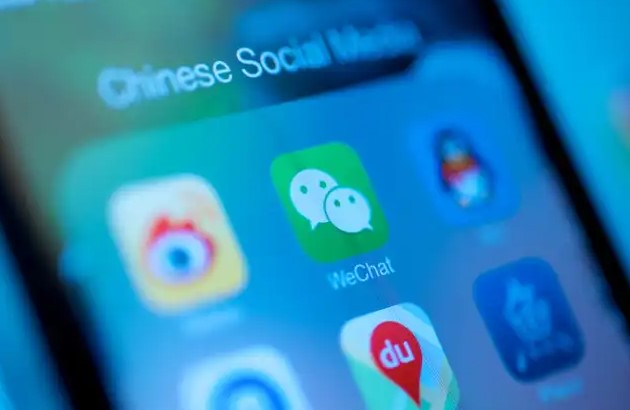 Tencent Holdings Ltd. is one of those well-known Chinese stocks that had a strong enough momentum in 2020 even to withstand the global pandemic-related crash and deliver an almost 50% price return.

In 2021, CCP’s infamous crackdown resulted in a $1.5 trillion value obliteration from its tech stocks, with Tencent dropping from about $700 billion market cap to $560 billion. 2022 turned out even worse, with the company currently valued at about $325 billion, losing over half its value YTD.

Most of this value loss is owed to the market pricing in geopolitical risks that escalated to delisting risks in 2020 and have since loomed around the market like the grim reaper. However, this risk has been significantly reduced with the recent agreement between the PCAOB and Chinese authorities.

Another factor largely seen as a major risk is China’s slowing economic growth and haphazard policies that go against its trends, destroying its business environment. However, a closer look reveals that the country is on the right track, trading short to medium-term growth for a prosperous long-term growth trend.

The company exhibits all the hallmarks of a mature company with stabilized revenues and earnings growth through operational leverage and overhead optimization while demonstrating above-industry ROI metrics. However, the mispricing has led to the stock price being severely undervalued, with a 67% 12-month upside potential and a multi-bagging opportunity in the long run.

China and Hong Kong are 2 outliers among over 50 jurisdictions that comply with the PCAOB’s audit inspections and investigations requirements. This has led to ADRs from these jurisdictions suffering a huge blow in the previous few years, with Alibaba and Tencent contributing over $1 trillion in market cap expungement.

The recent agreement between the US and Chinese authorities is a breath of fresh air as the PCAOB iterates it to be:

the first step toward opening access for the PCAOB to inspect and investigate registered public accounting firms headquartered in mainland China and Hong Kong completely, consistent with U.S. law.”

Following the agreement, PCAOB inspectors will have started working in Hong Kong, and all requested audit work papers must be made available to them by the host. PCAOB will determine by the end of 2022 whether the inspections & investigations in China and Hong Kong can be completed.

Goldman Sachs iterates that since the agreement, according to their model, “the market may be pricing in around 50% probability” of Chinese companies delisting from the U.S stock markets, which is down from 95% in mid-March.

Even though it is the first step to prosperity, it does not eliminate the delisting risk. However, it is worth noting that Chinese authorities have explicitly stated to assist in the process, and it is unlikely that they will scrap their international credibility by non-conformance, let alone destroy the $2 trillion of value when the companies delist.

Additionally, it needs to be considered that China, arguably the world’s largest economy, is not just enforcing these data protection, cybersecurity, and anti-competitive practices to self-destruct but rather to drive long-term national prosperity through enhanced consumer experiences, & advantaging domestic firms like Tencent in the long run by reducing foreign competitors that fail to comply to these policies.

Since 1978, when China started reforming its economy, it has maintained an average GDP growth of over 9% per annum. This high growth has been achieved through high investments, low-cost manufacturing, and exports, which has led to an ESG imbalance.

China realizes that it needs to restructure its economy to address this imbalance. Accordingly, its move from manufacturing to high-value services, investment to consumption, and high to low carbon intensity is a naked endeavor.

However, in recent years, the country’s growth has been unimpressive because of declining labor force growth, diminishing returns to investment, and slowing productivity growth. In 2022, China’s GDP growth is expected to be about 3%, steeply declining from 2021’s 8.1%.

This is primarily due to a global growth slowdown, weather-related disruptions, its zero-Covid policy, the Russia-Ukraine conflict, tightening monetary policies across the globe, soaring inflation, and worsening property market. Most of these issues can be attributed to a lack of institutional development, leading to unsustainable growth and value massacres like the ones we recently saw.

To address these issues, China is forced to urgently cultivate a healthy business environment by reforming its policies, strengthening its regulatory systems, and supporting its markets while ensuring equitable access to public services for all citizens. This can be easily witnessed as the country is reforming its macroeconomic policy for higher public infrastructure spending, tax rebates, policy interest rate cuts, and local property purchase restriction relaxation.

As can be reasonably deduced, this economic restructuring will undoubtedly cause short to medium-term turmoil as the country plugs in new growth drivers, but it will lead to sustainable long-term growth. For companies like Alibaba and Tencent, this is akin to light at the end of the tunnel as long as they can weather the storms.

Tencent is a mature and well-established company with well-known products and a loyal customer base in China. As such, it is continuously under pressure to stay competitively advantaged, making price competition a limiting factor in its ability to increase revenues, and like most mature companies, it exhibits slow and steady growth.

However, Tencent recently reported $20 billion in sales, a QoQ revenue decline for the second consecutive quarter in 2022, down 3% YoY and 1.1% QoQ. The company encompasses deep moats that ensure its long-term survival, especially because of its dominance in the world’s most populous country, and needs to double down to reestablish a revenue growth trend.

Down the line, the company continues to exit noncore business activities, including online education, eCommerce, and live game streaming, and strive for operational leverage through reducing selling and marketing expenses by 21% YoY, migrating all domestic in-house services to Tencent Cloud, rationalizing underperforming businesses, and optimizing workforce and controlling staff costs. The company has detailed further initiatives in its earnings call, which pointed it in the right direction for future earnings augmentation.

This is essential for the company during the current slow economic growth period as it controls costs to boost profits, making up for slow revenue growth. Even though the cost reduction seems small in percentage terms, it greatly impacts earnings because of the sheer size of the overall operations.

This resulted in slight sequential margin expansion, with a decrease of 210 bps and 360 bps YoY but a 110 bps and 40 bps QoQ improvement in the gross and operating margins. The net margin declined by 17 ppt YoY at the bottom line but improved by 10 ppt QoQ.

As the company drove down the road from a growth company to a mature firm, its return on investment has also settled down accordingly. Despite the elaborated circumstances, the company’s management effectiveness ratios show an above-industry return on equity, assets, and capital, which indicates strong management focus on resource utilization and optimizing investor returns.

The company’s financial performance needs not to be viewed as a smaller growth company but as a mature industry giant, which is a fundamentally de-risked endeavor aimed at slow but steady growth with incremental earnings augmentation.

The Crux of the Bull Thesis: Valuation

It is no secret that the valuation metrics of Chinese companies have been completely detached from their fundamentals since the surging geopolitical tensions. As such, even after being the 15th largest company in the world by market cap, despite tumbling down from $700 billion to $325 billion in the previous 2 years, Tencent is one of the cheapest companies on the list, trading at almost half the earnings multiple of its peers.

Using a TTM-EPS-based DCF model with a 10% annualized growth rate, which takes the depressed macroeconomic conditions into consideration, a 7.5% discount rate, and a 2% terminal growth rate, I extracted a 12-month target price of $56.66 per share, revealing an upside of almost 67%.

However, the true value of the stock lies in the long run when the market will stop being dictated by panic and fear. The fear of recession, tensions between China and the US, and an amalgamation of geopolitical instabilities and macroeconomic imbalances have pushed the market to misprice a winning conglomerate like Tencent into a cheaply valued buying opportunity, which is likely to become an industry-moving behemoth a decade down the line.

Since 2020, numerous publications on Chinese stocks have stated how the stocks might rebound in a broken economy because of their fundamental strength. However, the truth is that these companies are priced based on the macroeconomic environment rather than fundamental strength.

Therefore, an increment in economic growth or mitigation of macroeconomic risks, such as a positive result from the recent China-US agreement, will dictate an upward trajectory of these stocks. A successful engagement report by the end of the year will likely act as a short – to medium-term catalyst for escalating the share price of stocks like Tencent.

However, as I mentioned before, the true value of these holdings remains to be in the long run as China rectifies and reforms its institutional structures and regulatory activities to enhance economic growth.

As outsiders, we often overlook the fact that the party in question is likely to know what it is doing. In this instance, it will likely be of integral value in identifying the rationale behind the CCP’s moves, regardless of our inherent biases.

True contrarian value lies in identifying these contrarian views and perceptions and acting on them to realize real value, which conventionalism often overlooks. Keeping all this in mind, I rate the stock as a buy.

It might be a cliché quote, but it needs to be said:

We’ve put a lot of money to work during the chaos of the last two years. It’s been an ideal period for investors: A climate of fear is their best friend. Those who invest only when commentators are upbeat end up paying a heavy price for meaningless reassurance. Berkshire Hathaway