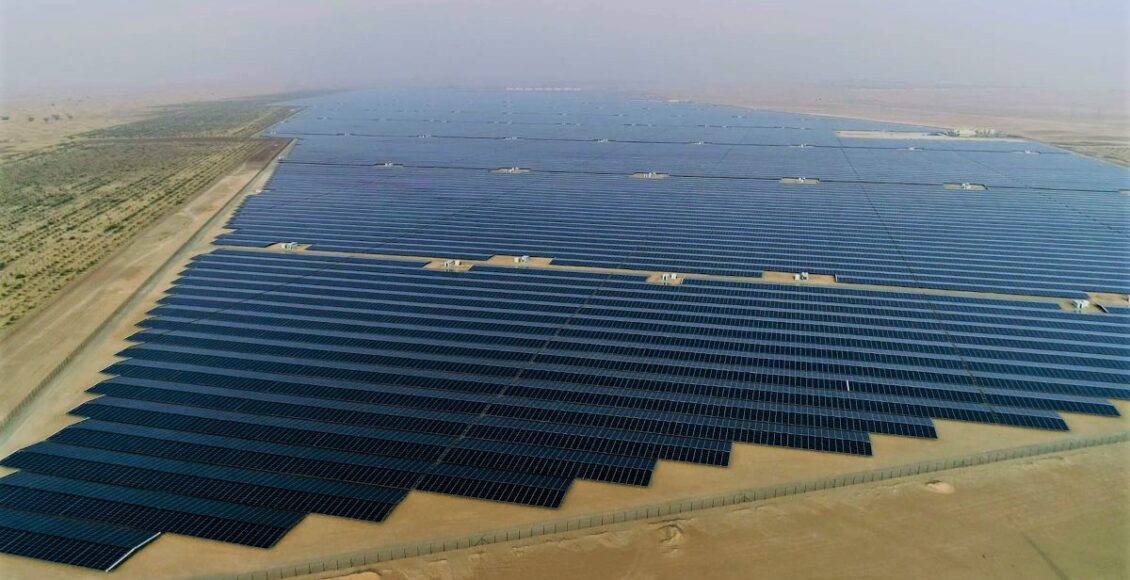 Its decline in quarterly profits was even steeper — down 51.6% from last year to 167 million yuan in the second quarter. 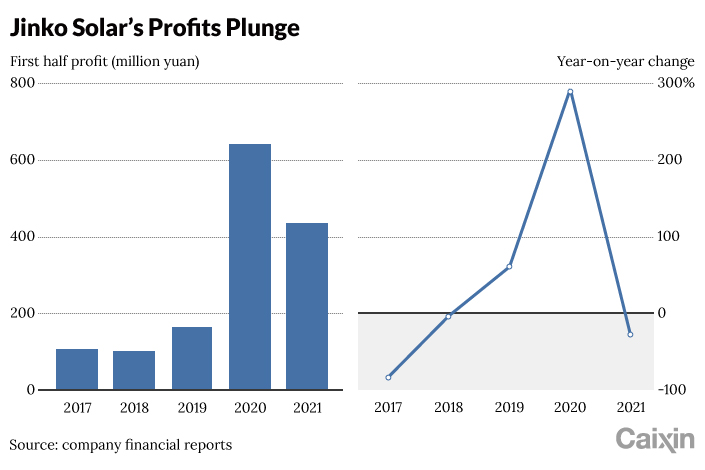 According to solar PV market intelligence PV InfoLink, the key raw material for solar panels now costs about 145% more than in early 2021, while the prices of solar panels have only increased by an average 19%.Jinko Solar blamed the price of polysilicon, which rose rapidly in the second quarter.

Polysilicon is a key raw material for solar panels, which have received ongoing policy support in China as the nation seeks cleaner energy sources.

PV InfoLink estimates that polysilicon prices will start falling after October as raw materials inventories pile up due to excessive supply outpacing demand.

Jinko Solar said that high prices also drove it to “proactively” lower its production volume in the second quarter.

Between 2016 and 2019, Jinko Solar ranked the first in the world for the solar panel shipment volume. However, in the first half of 2021, it fell to the fourth behind three domestic peers, PV InfoLink data shows.

Unlike Jinko Solar, the other three major producers all have cooperation deals with upstream polysilicon producers, reducing the pressure caused by high prices to some extent.

Jinko Solar is currently seeking a secondary listing on Shanghai’s tech-heavy STAR Market bourse. In its prospectus (link in Chinese), the company said that a shortage of capital has hurt its business expansion and profitability.

It plans to raise 6 billion yuan, of which 4 billion yuan will be used for battery development, 500 million yuan for the contruction of a research center in Zhejiang province, and the remaining 150 million for supplementing cash flow. The Shanghai bourse received its IPO application on June 28.

Yum China adds machines, not workers, as it expands store…