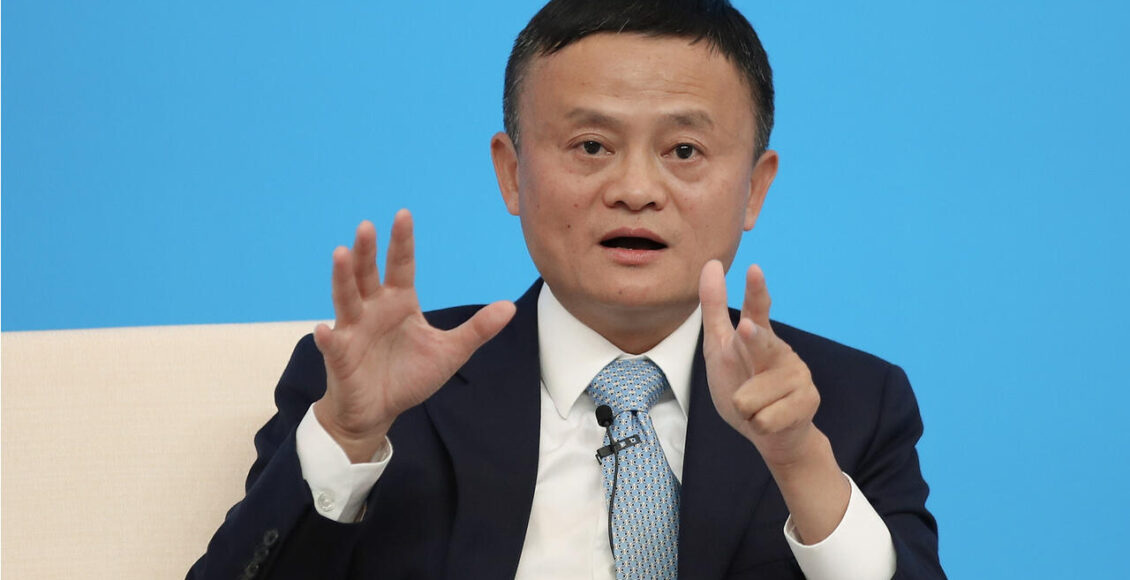 If you follow Chinese stocks, there’s a good chance you’ve heard about Evergrande. China’s second largest property developer, it is slated to default on its debt very soon. Corporate defaults are not unheard of – they happen all the time – but the sheer magnitude of Evergrande’s debt makes it quite out of the ordinary. With $305 billion in debt it can’t service, the company poses massive risks to China’s economy as a whole. With Evergrande defaulting, a number of creditors will miss out on substantial payments. Some big name lenders to Evergrande include:

Many of these major Chinese banks are going to lose money because of the Evergrande situation. And some fear that this will create economic contagion that will eventually plunge the entire Chinese economy into a recession. As we saw in 2008, a crisis that starts with banking can easily spill over into a full blown recession. China certainly seems to be staring down a banking crisis of epic proportions – and lo and behold! Its retail sales growth came in at just over one third of what was expected for August.

Which brings us to Alibaba. China’s largest eCommerce company by market cap, its shares have been tumbling right alongside Evergrande’s. Its stock started slipping in October of 2020, when Ant Group’s IPO was cancelled by the government. It has continued to decline since then.

Ant Group is another company founded by Jack Ma, the flamboyant ex-CEO of Alibaba. Alibaba itself owns approximately one third of Ant Group, so it’s not surprising that BABA stock would tank on the news of its biggest IPO being cancelled.

If the Ant Group IPO cancellation was the end of the story, that would have been one thing. But the bad news just kept rolling in for BABA. In 2021 the Communist Party of China (CPC) rolled out a number of measures against China’s biggest tech firms. Some of the ones that hit BABA particularly hard included:

News of these measures led to a pronounced selloff in BABA stock. Over the course of June, July and August, the stock fell 24% – which makes sense because the tech crackdown was underway during those months. Investors were digesting the bad news and adjusting accordingly. 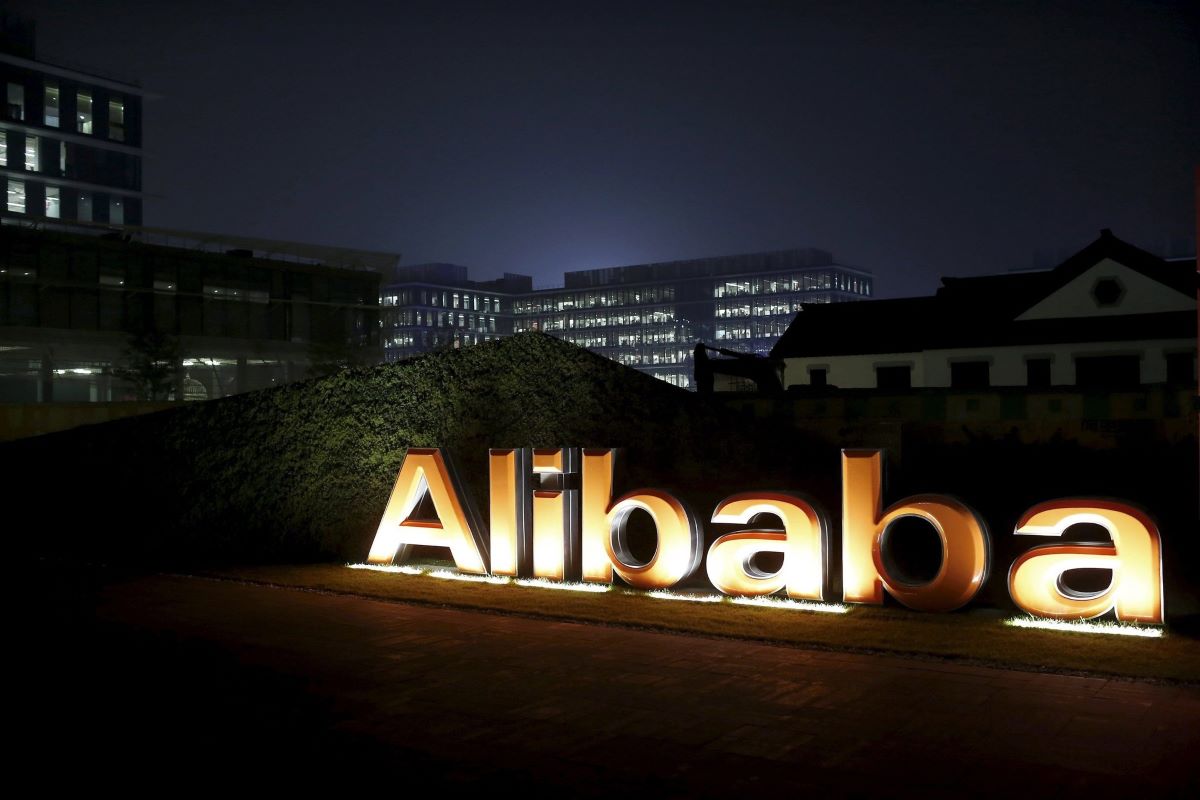 Yet the selloff continued well after most of the CPC damage had been done. As of this writing, BABA stock was down some 7% for September, despite no new negative news being released about the company after the 2nd of the month. The most recent big story was the $15.5 billion prosperity fund contribution – since then the only news we got was the annual meeting, which coincided with a 2.5% rally.

Which brings us back to Evergrande. Evergrande has been the shadow hanging over the Chinese markets this month. It is likely to go into default, and it doesn’t look like the CPC will bail it out. Given that the CPC tech crackdown has eased off, it is quite likely that the Evergrande implosion is what has investors continuing to sell Chinese stocks.

It was in early September that Evergrande started getting serious press in the West, with a Bloomberg story titled “Evergrande’s Woes Worsen with Liabilities Over $300 Billion.” Since then, there have been a number of other Evergrande stories hitting Western media, including an incredible news report about a group of investors who held a company executive hostage in his hotel room.

While we can never be sure what big investors are thinking, there is a strong correlation between the Evergrande story developing and Chinese stocks selling off in September. It seems that investors either believe that:

A, Chinese stocks like BABA will suffer the same fate as Evergrande due to the CPC’s actions.

Or B, economic spillover from the Evergrande situation will hit other Chinese stocks hard.

In this article, I will argue that neither of these are particularly likely to be the case for BABA. Drawing on evidence that Alibaba is not particularly exposed to the Evergrande situation, I’ll make the case that the stock won’t suffer economically from the fallout from Evergrande’s collapse. I’ll also outline why BABA won’t suffer an Evergrade like disaster due to the CPC’s actions. I’ll start by looking at the differences between Chinese tech and Chinese real estate and then move on to macro factors and fundamentals.

One big difference between Alibaba and Evergrande is the industry context the two companies operate in.

Alibaba is a tech company whose main domestic competitors are JD.com and, in the area of agricultural supplies, Pinduoduo. Alibaba competes with JD.com for overall Chinese retail sales and with Pinduoduo for sales of agricultural goods. Alibaba is also involved in exports to foreign countries – in that niche it doesn’t face much competition from its two rivals.

It’s quite different in the Chinese real estate industry. According to real estate researcher Daniel Slotta, there are 99,550 real estate developers in China. That makes Chinese real estate a highly competitive space. With high levels of competition come lower profit margins, so Evergrande’s industry position provides a need for external financing and a vulnerability to economic downturns that companies like BABA don’t have.

Evergrande Will Not Collapse the Chinese Economy

It’s clear from looking at BABA’s industry position that it is no Evergrande in financial terms. Its strong competitive position should result in higher profits, and indeed BABA has a high net margin as economic theory predicts.

Still, there is the possibility of Evergrande’s implosion taking China’s economy down with it, leading to layoffs, unemployment, and ultimately lower GDP. Several major Chinese banks are going to lose money over this, and bank meltdowns were major contributors to the 2008/2009 financial crisis. So it’s at least plausible that the Evergrande situation could lead to a Chinese recession.

In its most recent fiscal year, Alibaba had:

If growth continues at the rate it has been going, then BABA will be worth more tomorrow than it is today. At a 41% growth rate, revenue doubles in about 2 years. At a 30% growth rate, earnings double in less than three. This is enough growth to produce dramatic margin contraction if the stock doesn’t go up. Yet BABA stock trades at just 15 times GAAP earnings, 19 times adjusted earnings, 3.6 times sales, and 11.4 times operating cash flow. If Alibaba’s growth continued at historical rates, it would rapidly become one of the cheapest big tech companies in the world.

Evidently, investors think the growth isn’t going to continue. Perhaps they believe that the $15.5 billion in prosperity fund money is just cash out the door. Perhaps they think more $2.8 billion fines will be levied in the future. These are at least plausible forecasts. But as for Evergrande spillover sinking BABA’s ship: that’s not happening. That company will not be allowed to tank China’s economy, and the CPC has the resources to prevent it from happening.

As I’ve outlined in this article, Alibaba is a high-growth, low multiple business that is admirably insulated from China’s Evergrande debacle. It certainly looks like a good value. But there are a number of risks and challenges to my thesis, including:

It’s a fast-growing company whose future is better than its recent past. Sure, the company has faced some significant hurdles this year. Between fines, regulatory crackdowns and a partial-subsidiary being broken up, it has been a tough time. Alibaba does face substantial risks. But it is no Evergrande. It will win out in the long run.

Alibaba’s smart supermarket Hema to collaborate with 1,000 villages to rejuvenate…