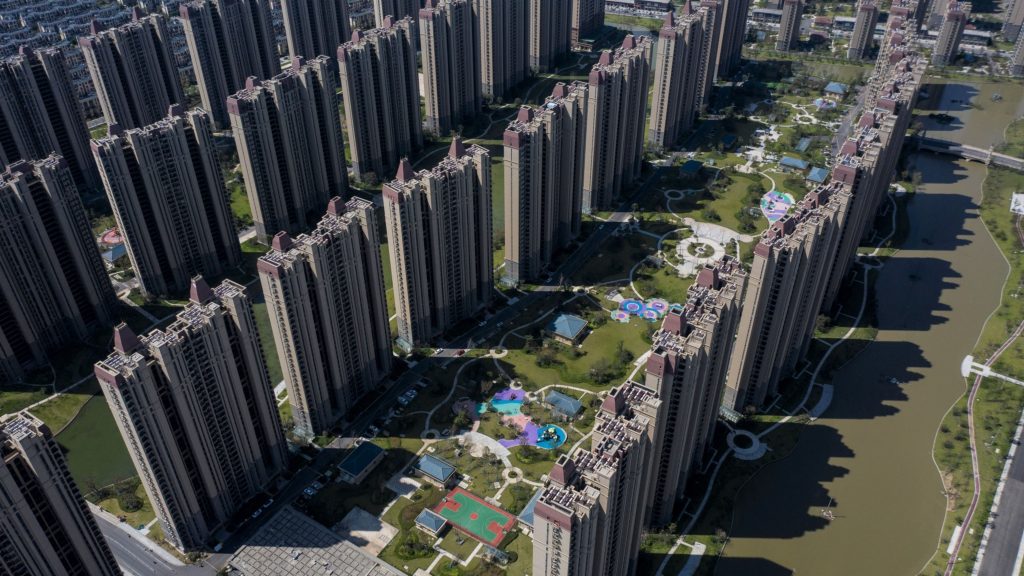 What’s new: Chinese Vice Premier Liu He joined the list of officials seeking to reassure investors and homeowners that risks in the country’s property market are controllable.

Reasonable demand for capital is being met, and the overall trend of healthy development of the real estate market will not change, Liu said Wednesday in a speech at a financial forum.

China will coordinate the prevention and control of financial risks and properly handle the default risks of a few large enterprises, Liu said.

The background: The vice premier’s comments came amid a chill in the property market and growing concerns that more developers will default on their debt.

New-home prices in 70 cities, excluding state-subsidized housing, slid 0.08% in September from August, the first drop since April 2015, National Bureau of Statistics figures showed Wednesday. Values in the secondary market declined 0.19%, down for a second month.

September is traditionally a peak season for the housing market. Yet residential sales tumbled 17% by area, investments slid for the first time since early 2020, and the rate of failed land auctions climbed to the highest since at least 2018.

Fears of contagion from the debt crisis at China Evergrande Group have intensified after a surprise default by Fantasia Holdings Group Co. and a wave of credit rating downgrades at other developers.

Still, officials including the central bank Governor Yi Gang and Zou Lan, head of the central bank’s financial market department, have said risks to the financial system stemming from Evergrande can be contained.

Fisher: China’s Bear Market Isn’t a Crisis — It Is an Opportunity

US$5.8 billion sell-off not the end for China’s battered…