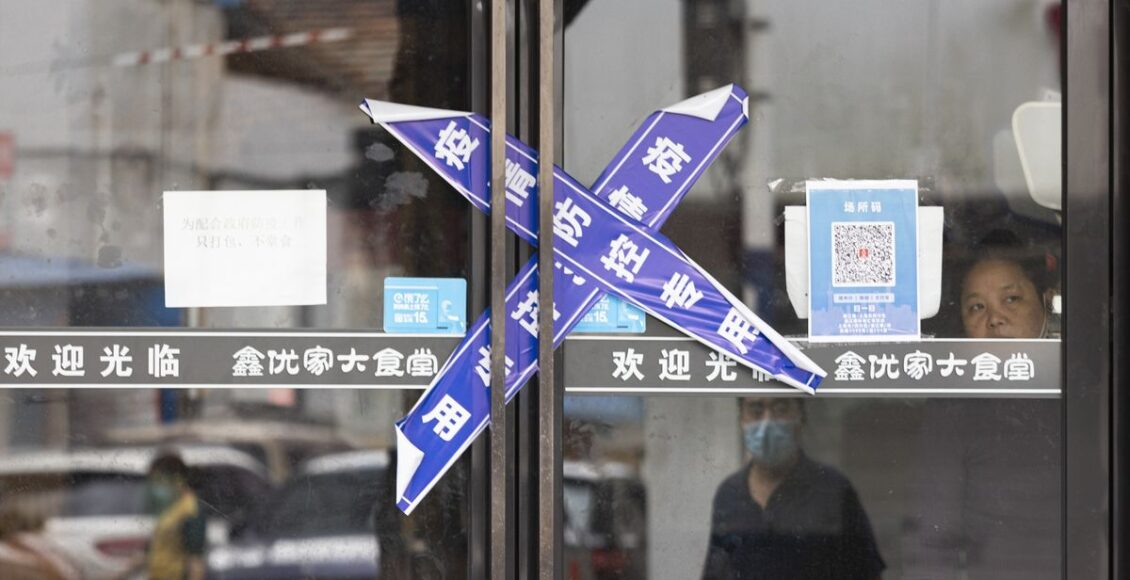 Shanghai re-imposed a ban on dine-in services at restaurants in most districts while a dozen local officials were punished for a management lapse at a quarantine hotel, as infections in the financial hub and capital Beijing continued to climb.

There were 29 local covid cases reported in Shanghai on Saturday, with 4 cases out of quarantine areas. Beijing discovered 65 cases the same day, all linked to a cluster found at a popular bar.

Shanghai and Beijing resumed mass testing for Covid-19 as outbreaks emerged just days after the two cities eased social curbs that had been in place for months. The quick escalation adds to concerns that China’s Covid Zero strategy may send cities into repeated lockdowns and re-openings, threatening a sustainable economic recovery.

Defense Minister Wei Fenghe on Sunday praised China’s virus policy, saying the country is one of the safest in the world with the lowest Covid-19 induced death rate. In a speech to Asia’s biggest security conference in Singapore, Wei called China’s Covid response a miracle and said its success is a major contribution to the global fight against the pandemic.

Shanghai lifted its two-month lockdown on June 1, but briefly locked down most of the city Saturday to undertake mass testing. Restaurants were notified on Friday to suspend dine-in services, while takeaways and deliveries were still allowed, according to a local media report.

The city’s worst outbreak began in March in part stemming from lapses at a quarantine hotel. A dozen officials from Xuhui district were dismissed from their posts or given warnings after malpractice in implementing quarantine measures led to infections at Hua Ting Hotel in March, the Shanghai government said late Saturday. They included a party secretary, the district chief and two district vice governors.

Beijing, which rolled back some of its curbs at the start of last week, is delaying a planned reopening for most schools on Monday. A new date hasn’t been set.

Coronavirus lockdowns cost China’s car sector another 400,000 vehicles in May, though ‘revenge spending’ may soon provide a boost

IMF’s downgrading of growth outlook does not reflect…