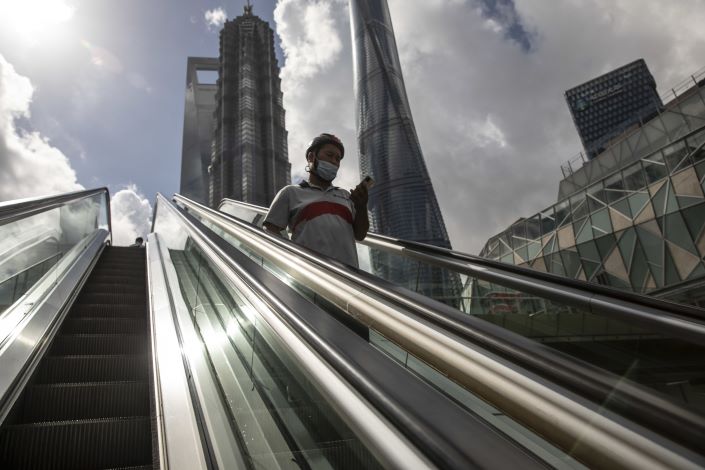 A sell-off in Chinese equities as Beijing intensifies its regulatory clampdown shouldn’t cause an “existential crisis” among investors, according to JPMorgan Chase & Co.

“It’s absolutely business as usual for investing in Chinese equities,” said Gabriela Santos, a New York-based global market strategist at the bank’s asset management unit. “The trick is not to see each thing that China says or does as an independent development. It’s all a piece of a bigger puzzle.”

Santos joins a small chorus of investors, including emerging-markets veteran Mark Mobius, sticking with Chinese equities despite a selloff that has erased about a third of the MSCI China Index’s value in the last six months. Such losses are typical in China, according to Santos, and equities tend to rebound as much as 20% over the following six months. 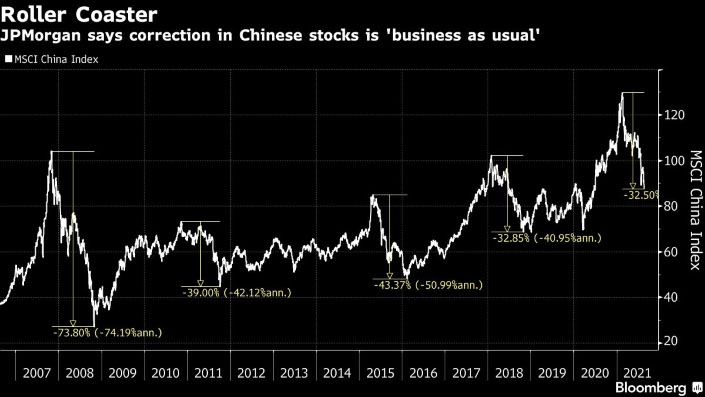 Still, Santos said the downturn is a side effect of the government’s efforts to transition China from a middle- to high-income country within the coming five to 10 years. Crackdowns on industries from technology to education as regulators aim to improve competition should be viewed as a piece of the larger investment thesis, Santos told Bloomberg TV on Friday.Not all money managers are so optimistic. Cathy Wood, founder of Ark Investment Management, said last week the valuation of the Chinese stock market is going to “stay down for a long time.”

Santos, whose firm has $2.6 trillion under management, added that the rise of China in portfolios is one of the most important themes of the upcoming decade for investors.

“We fundamentally disagree with the thesis that China is now uninvestable,” she said. “It’s really just about navigating these moments of volatility rather than going through an existential crisis every time we get these draw-downs.”