From Cathie Wood to Mark Mobius, here’s what experts are saying about Beijing’s regulatory crackdown

Behind President Xi Jinping’s regulatory blitzkrieg on China’s private sector is a commitment to narrowing the wealth gap after years of breakneck economic growth. Under the banner of “common prosperity,” the government is demanding that companies perform a useful social purpose instead of just enriching founders and shareholders. The sudden shift by the Communist Party has shocked investors across the world. Some now consider Chinese shares too risky; others see industries that will still prove profitable over time. Both bulls and bears concede that the investing landscape has been altered, and it will require greater agility and insight into government priorities to safely navigate.

The regulatory crackdown looks to me to be the latest phase in a continuing campaign to influence or take over private firms from the inside. This is not how Beijing frames it, of course. The official justification embraces Xi Jinping’s “common prosperity” agenda, spanning various social goals, data privacy and protection, financial stability, and the well-being of citizens.

Stronger regulation of tech, data, finance, and other online platforms, including private tutoring, is undoubtedly an end in itself, but the broader narrative speaks to the party’s craving for control over the activities of private firms and entrepreneurs and to put pressure on them to support the party’s goals and policies.

The policy will undoubtedly succeed in bringing private firms under greater control and self-discipline. Innovation and dynamism are stifled, which is most likely.

The regulatory tightening is being driven by two things. One is the growing desire to push toward the indigenization and localization of as many aspects of China’s economy as possible. This is an internally driven discourse. The Communist Party is interested in projecting an image of self-reliance, and that ideological element is very strong. The other is a sense that the party needs to show the kind of power it has to the wider population.

Will it be successful? That depends on how you define success. What a liberal market society regards as successful does not define success from China’s point of view. The Communist Party wants to give the perception of power and show the achievements of its own political and sociological system. The party wants to be understood.

There’s some sense that has been lost in recent years, especially among the Chinese business community. Now entrepreneurs are more wary and are paying far more attention to what the Communist Party wants. That, for Beijing, is success.

Rana Mitter, Professor of the history and politics of modern China, University of Oxford

The goal is partly to improve the rule of law in areas of the economy where there was none, as well as prioritizing national security and increasing Communist Party control. This is something we saw in the Five-Year Plan.

The process will be successful in cracking down on some practices like monopolies, false advertising, and the mismanagement of data, but the risk is it will quash innovation. It has certainly confused investors. We’re only at the start of this regulatory cycle—it started with the Five-Year Plan, and it will last years. 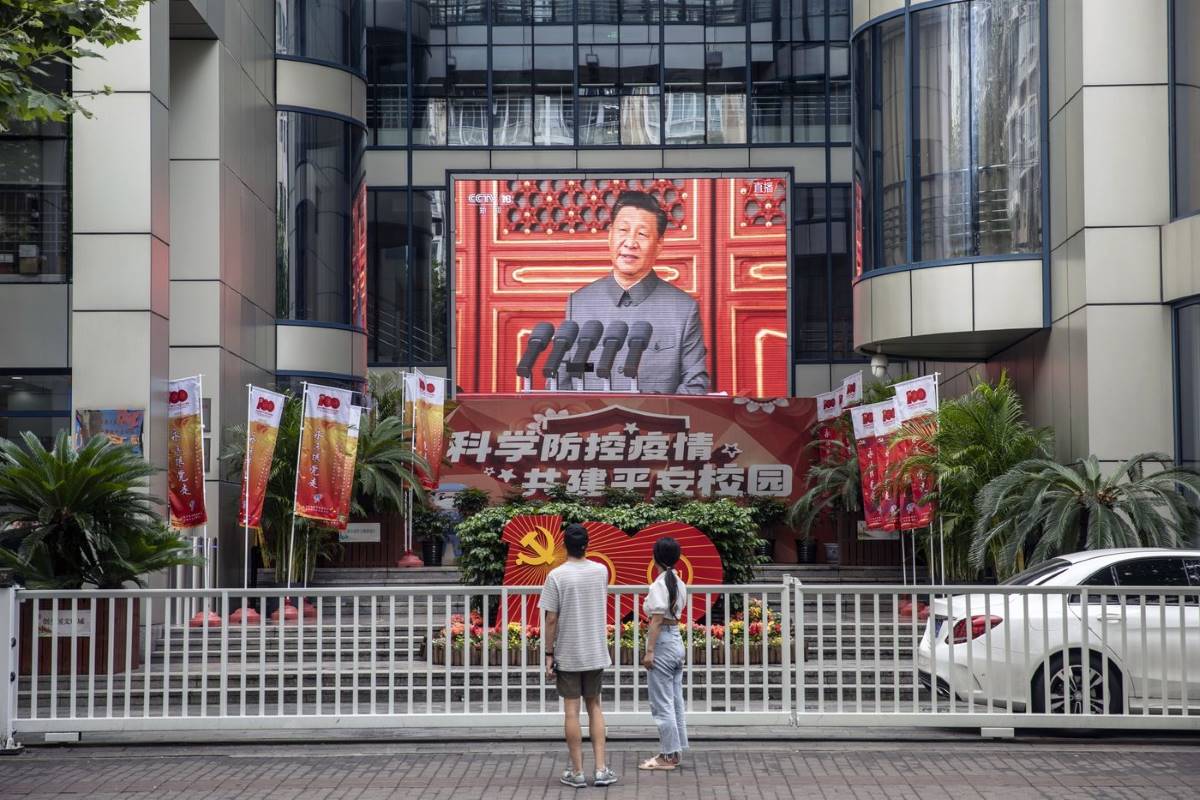 What It Means for Investors

[Chinese] markets are going to be under pressure from a valuation point of view for a long time now. That sort of thing was so unexpected—even from those of us who saw the government tightening its grip on the country. After this last bloodbath in stocks, we did try to sort through which companies are doing things that the government likes.

Those that are catering to Tier 3 and Tier 4 cities, logistics, groceries—that’s why we bought JD.com and Pinduoduo. We’re swapping out names that will continue to be in harm’s way or certainly under government pressure, like Alibaba. I’m not pessimistic about China in the longer run, because I think they’re a very entrepreneurial society. Sure, the government is putting more rules and regulations in, but I don’t think the government wants to stop growth and progress at all.

The recent events have made me more optimistic about investing in Chinese assets.It indicates that the Chinese government is keen on improving competitiveness and cracking down on abusive practices on the part of large, dominant players to the advantage of medium and small enterprises. It is in line with the country’s leadership’s desire to create a market economy.

Huge opportunities, of course. And you’ve always got to remember that the party is in charge. I think that’s been clear to most people, but of course from time to time they forget, get sharply reminded, which could be painful.

On multiple fronts, both known (regional security, human rights, technology, and capital raising) and unknown, my base case is that U.S.-China tensions will likely escalate. Moreover, I suspect there is a greater likelihood of a sudden, more negative downturn in relations than of a more optimistic upturn.

For investors, the largesse—the expansion and the engagement that formerly characterized China’s economy and its relationship with free markets—is all but over. Policy intervention and subsequent shocks to the market will likely become an enduring risk of investing in China for some years to come. 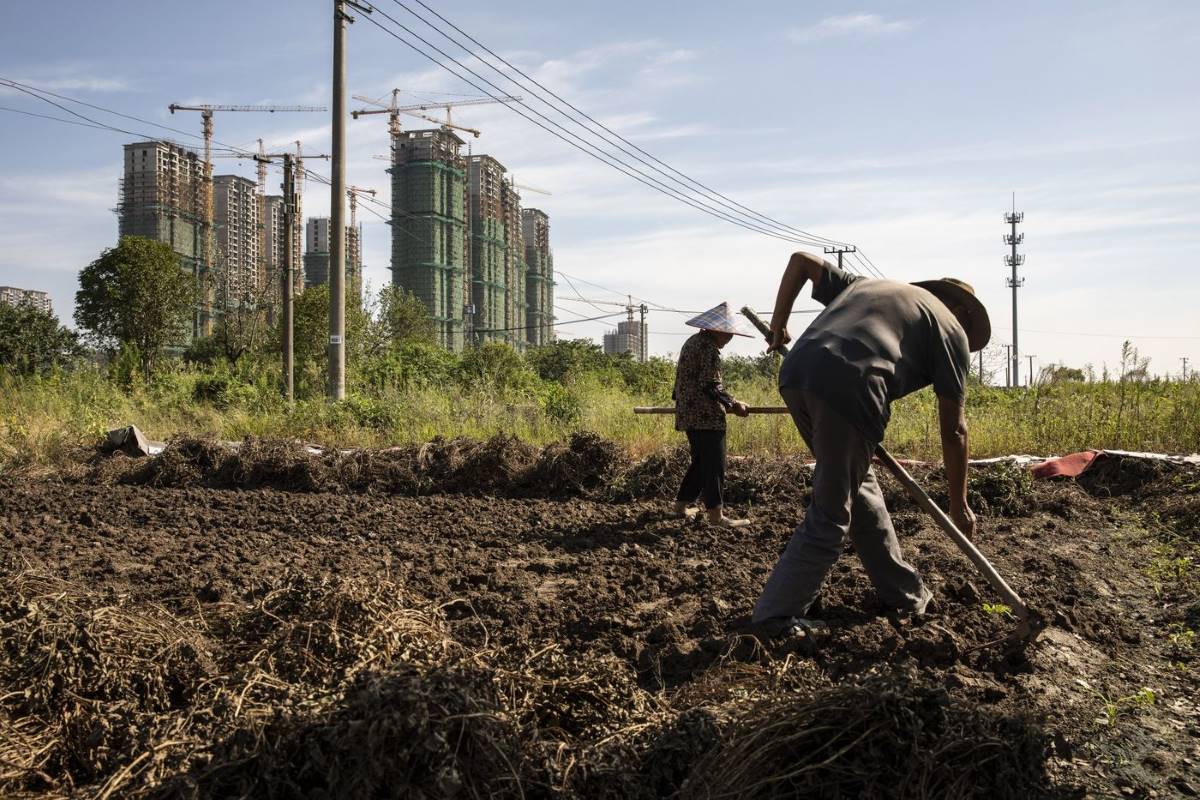 We have roughly 5% of the fund invested in China. It’s one of the biggest markets in the world and it’s done really well for us. We continue to be invested there. I think we have uncertainty all over the place—we have uncertainty in all markets. The nature of it is a bit different in China but that’s life as an investor.

Against this uncertain backdrop, we have become more cautious on Chinese equities compared to early 2021, due to tightening regulation and valuation concerns. Earnings and multiples could still be at risk, due to some potential new regulatory changes. High scrutiny and sector selection remain crucial in China to avoid possible new regulations or bubbles. In this respect, we are focusing on strategic sectors where government policy is a clear tailwind rather than a headwind. This short-term pain could unveil its benefits over the long run and provide good entry points to long-term investors.

I’ve always been a lonely pessimist. For 10 years, we have been warning about variable interest entity structures and the dangers of an investment structure which existed at the whim of Chinese authorities. There is not much edge as an investor in predicting such abrupt policy changes. At least not for us. However, as a short seller I think the markets are finally (and I mean finally) beginning to wake to some of the risks, which presents a unique opportunity for us.

The implied equity risk premium for China equities has about doubled this year. It’s gone from a low of—by our calculations—around 4% or 5%, which maybe suggests a little too much complacency about these risks, to currently somewhere closer to 10% or low teens, which is back to its 20-year average. So, in some cases the market is now discounting appropriately the risks of investing in China, and so the risk-reward might be more balanced here than it would otherwise be. 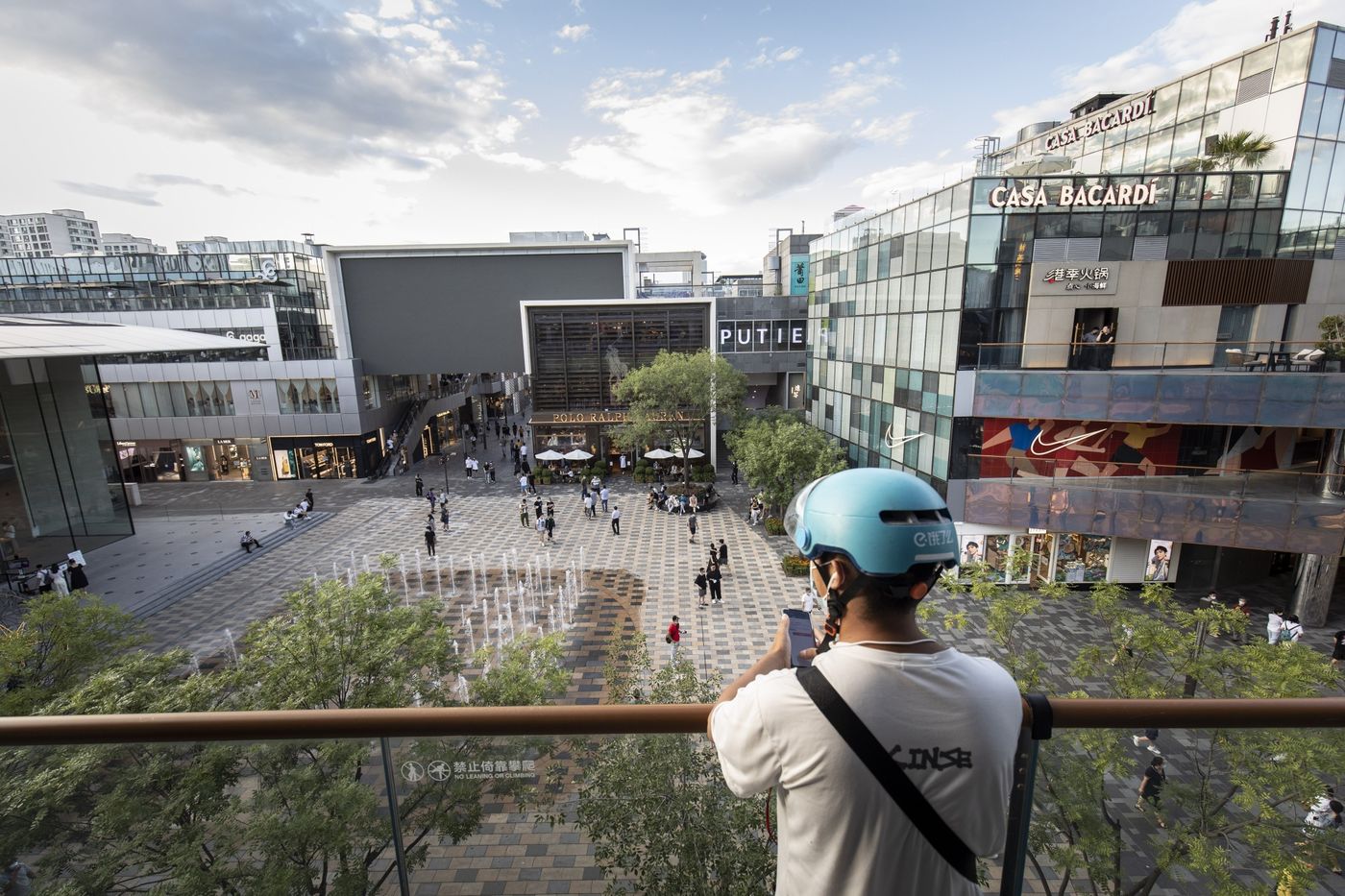 This drawdown we’re seeing in China is absolutely business as usual for Chinese equities. Every year you should expect a 20% annual correction and every three years or so you tend to have an over 30% correction. We had this in 2018, 2015 and 2011 and it’s unrelated to the economic cycle—it’s related to China’s regulatory and reform campaigns. It takes time to rebuild confidence, but three months out, Chinese equities tend to trend up. We fundamentally disagree with the thesis that China is now un-investible. That is not what we’re hearing from our institutional clients. It’s really just about navigating these moments of volatility and thinking carefully about how to invest in China rather than going through an existential crisis every time we get these drawdowns.

The unexpected risks that tend to materialize. It’s not like investing in the U.S. market, where you’ve got a pretty good idea of how the regulations [work] or what the regulatory risks are. You aren’t actually blindsided. I think in China you have to expect that at certain times you’re likely to be blindsided.

There’s been a lot of criticism of China in terms of lack of compliance, a lack of regulatory oversight so now that they’re extending their regulatory oversight we criticize them on the other side as well. Clearly, we have to see how it all shakes out, but I think it’s important to keep in mind that countries go through periods like this.

We suggest selectively focusing on three specific areas: companies in industries that have policy support, profitable tech companies, and risk diversification. In this respect, semiconductor manufacturers, clean energy, electric vehicle manufacturers, and companies involved in robotics and automation would be more insulated from regulatory ire given their strategic importance as laid out in China’s Five-Year Plan. Many of these names are also only available in the onshore A-share market, which has received less scrutiny compared to offshore listed companies. 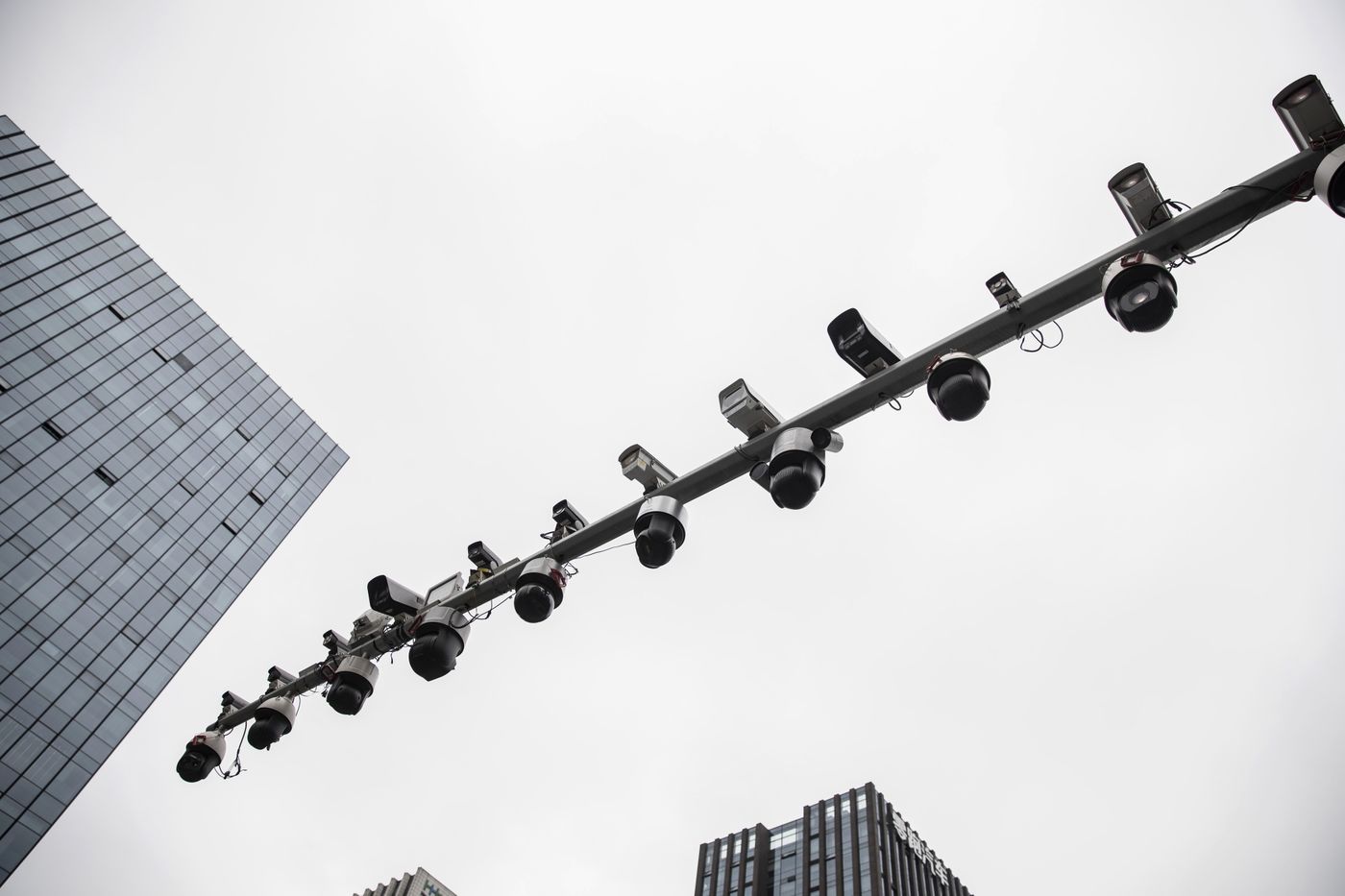 People are at the moment saying that China wants their intellectual capital to be allocated to artificial intelligence, to be a leader in software, in hardware, in EV cars, in electric batteries, and that’s what people are moving their money to. But I think that those, potentially, if they make a lot of money, might also be subject to giving back some money. So that’s why it’s necessary that they at least give us guidance of what they’re going to do with that “common prosperity” and what they mean by that. But nothing exists. If I had a clear view on how it would look, I would probably invest, because I could then model my equities. The problem is that at the moment there’s a lack of clarity.

The way we look at it is to try to avoid those areas that are likely to be most regulated and to stick with things like global supply chains, where the end customer will be outside of China, and so there’s less need for the end prices, for example, to be regulated. We’re also getting exposure to the China growth story via non-Chinese listed companies.

We are still investing in China—so putting marginal money to work in China—but in other industries. We think the period where the Chinese government was an out-and-out supporter and positive catalyst in the development of platform businesses has really run its course and the next area of policy support will be much more directed toward areas like renewables.

It’s very clear that the Chinese government has political and societal goals that they want to achieve, and it should be quite obvious that the concerns of international investors in Chinese companies are secondary to them achieving those goals. As a result, international investors in Chinese shares can find themselves as collateral damage if the companies they’re invested in become impediments to Beijing’s plans. I’m not going to say that Beijing is investor-unfriendly, I think they’re investor-agnostic.