China Sends Warships Near Taiwan, Cuts Off Defense Talks With US 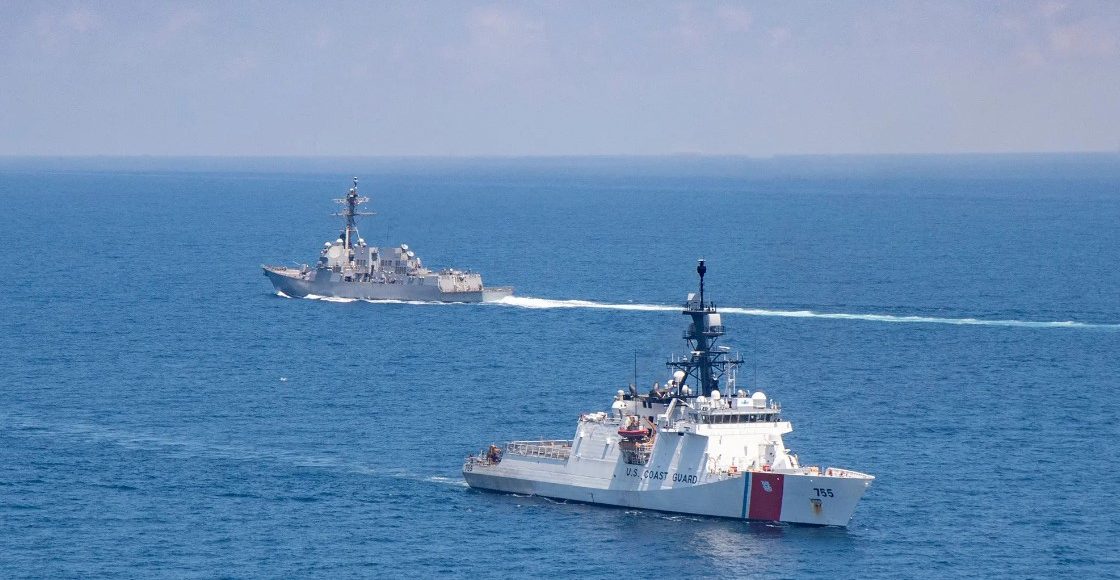 China on Friday continued its most provocative military drills in decades and cut off defense talks with the US, as relations between the world’s biggest economies deteriorate in the wake of House Speaker Nancy Pelosi’s trip to Taiwan.

A day after likely firing missiles over the island of 23 million people, China sent warships across the Taiwan Strait’s median line in the first such incursion in years. The People’s Liberation Army also sent warplanes across the US-defined boundary, Taiwan’s Defense Ministry said, the third straight day of such flights since Pelosi’s visit.

The Chinese Foreign Ministry announced unspecified sanctions against Pelosi and her immediate family over what it said was her “egregious provocation.” Although largely symbolic, the move makes the House speaker the highest-ranking American official sanctioned by Beijing. The action was announced shortly after Pelosi left Japan after wrapping up her dramatic weeklong trip.

Multiple PLA aircraft and vessels were detected participating in drills around Taiwan Strait and have crossed the median line. #ROCArmedForces have utilized alert broadcast, aircraft in CAP, patrolling naval vessels, and land-based missile systems in response to this situation. pic.twitter.com/lVpRWCZxhm

In addition to halting talks with the US on defense, China announced it would cancel a dialogue with military leaders and halt discussions on climate change — one area where the two nations had found common ground in recent years.

“China has chosen to overreact and use Speaker Pelosi’s visit as a pretext to increase provocative military activity in and around the Taiwan Strait,” US Secretary of State Antony Blinken said on Friday at a regional summit in Cambodia, accusing China of seeking to change the status quo in the Taiwan Strait. “There is no justification for this extreme, disproportionate and escalatory military response.”

On Thursday, Beijing broke another precedent by firing four ballistic missiles over Taiwan and into what Japan considers its exclusive economic zone, according to the Japanese Defense Ministry. While neither China nor Taiwan confirmed the flight paths, the PLA’s Eastern Theater Command shared a state media report with an expert saying the missiles flew over Taiwan. The Pentagon planned to keep the USS Ronald Reagan aircraft carrier and its strike group nearby to monitor the situation.

A map of the missiles’ trajectories showed that at least one of the weapons was believed to have flown over Taipei before landing in Japan’s EEZ — a move that would be seen as a major escalation by Beijing. pic.twitter.com/YpUHh2zGA4

Taiwan’s Defense Ministry said late Friday a total of 68 Chinese warplanes and 13 warships had been spotted near the island as of 5 p.m., some of them having crossed the median line. Taipei’s military responded with radio warnings and air and sea patrols, it said.

President Xi Jinping has ramped up his years-long pressure campaign against Taiwan after Pelosi became the highest-ranking US official in a quarter century to visit the island. The Chinese leader needs to appear strong while defending the country’s territorial interests from foreign interference ahead of a Communist Party reshuffle in which he’s expected to secure another five years in power.

“It is a show of force that solidifies Xi’s political power at home and paves way for his third-term re-election,” said Michael Raska, an assistant professor at Nanyang Technological University’s S. Rajaratnam School of International Studies in Singapore. “The danger is, of course, that both sides may misread each other’s strategic intentions, and a future crisis may spark unintended escalation, which paradoxically, both sides aim to prevent.”

China has denounced the visit by Pelosi — second in the presidential line of succession — as a violation of the US pledge 50 years ago not to formally recognize the government of Taiwan, which Beijing claims as its territory. The exercises were Beijing’s most provocative show of force since at least 1995, when it fired six missiles into the sea over several days after a US visit by Taiwan’s then-president, Lee Teng-hui.

Foreign Ministry spokeswoman Hua Chunying defended China’s response as “justified and necessary” Friday. “This is a fight against hegemony, against interference and against secession,” Hua told a regular news briefing in Beijing.

The Taiwanese Maritime & Port Bureau on Thursday told ships to avoid designated areas around the island until Aug. 8 in waters to the east of the island, suggesting that Taipei believed the drills could last a day longer than Beijing initially announced.

In all, the PLA fired 11 missiles into military exercise areas set up around the island, the Taiwanese Defense Ministry said. It also sent 22 warplanes over the US-set median line on Thursday for the second day straight — the most since the island began disclosing data in 2020.

Equity investors appeared to move on quickly from the incident after local regulators signaled a willingness to adopt stabilizing measures if needed. Taiwan’s benchmark stock index rose 2.3% on Friday to erase its losses for the week. 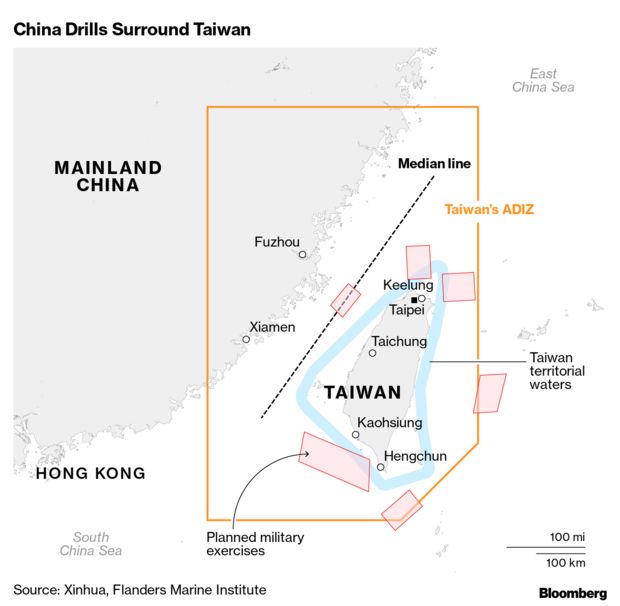 Japanese Prime Minister Fumio Kishida told Pelosi on Friday in Tokyo that he strongly condemned the missile launches by China, and that his government had urged Beijing to call off its exercises. Pelosi said there was bipartisan support in both houses of Congress to maintain the status quo in Taiwan.

“If we do not speak out for human rights in China because of commercial interests, we lose all moral authority to speak out about human rights any place in the world,” Pelosi said.

Alibaba: Has The Stock Finally Bottomed?