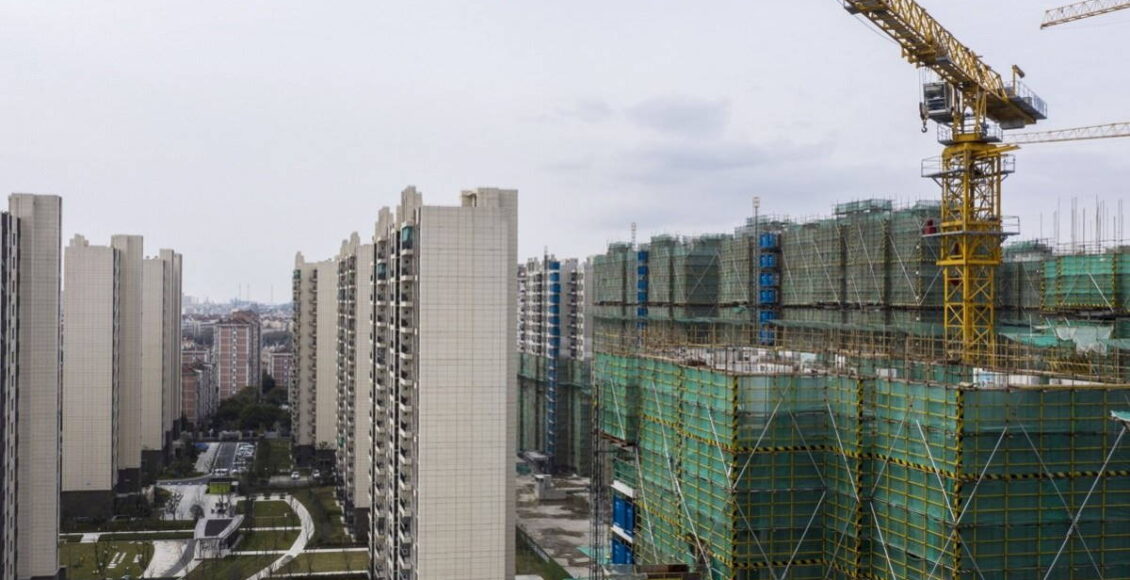 Financial contagion is roaring back in China’s property industry, putting renewed pressure on Xi Jinping’s government to do more to insulate the nation’s stronger developers.

Monday was the worst day on record for dollar bonds of Country Garden Holdings Co., China’s largest developer by sales. Some of its notes fell to as low as 62 cents, while its shares sank to an almost five-year low. The selloff also spread to stronger issuers like Longfor Group Holdings Ltd. and China Vanke Co. for the first time, as well as China’s bad-debt managers amid concern over their exposure to the property market, traders said.

While panic seemed to ebb on Tuesday, with developer bonds and shares paring some of the previous day’s losses, analysts expect the situation to worsen unless Beijing acts to improve the real estate sector’s access to funding. Authorities may need to relax restrictions on the use of presale proceeds for funding, according to Citigroup Inc. economists, as well as remove concern over a planned nationwide property tax by rolling out a milder levy “as soon as possible.”

Banks are also widely expected to cut their benchmark rate for mortgage loans on Thursday.

“The spread of the crisis from weaker names to investment-grade names reflects how long these companies can survive without policy support,” said Anthony Leung, head of fixed income at Metropoly Capital HK. “The best credits can last the longest, but as time goes by and the support doesn’t come, even the strongest cannot survive.” 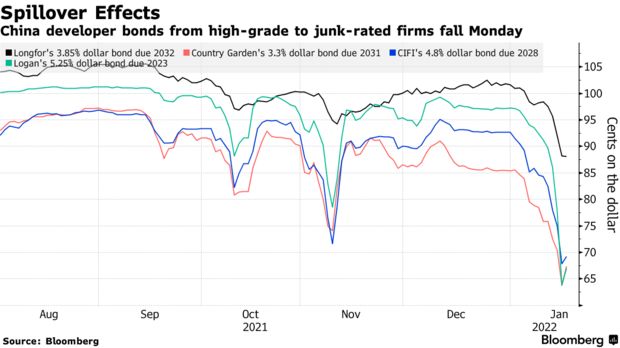 The growing risk of financial contagion underscores the challenge Xi faces as he overhauls the residential property market, especially at a time when outbreaks of omicron in the country are darkening the outlook for the economy. Xi is seeking to reduce the threat of a real estate meltdown to the financial system, as well as narrow the gap between the country’s rich and poor.

“We see an urgency for the government to stabilize the property sector,” Citigroup Inc. analysts Xiangrong Yu and Xiaowen Jin wrote in a Monday note. “In particular, it may need to provide credit enhancement and relax presale fund regulations for private developers.”

Behind-the-scenes, authorities appear to be strengthening the position of larger or state-backed enterprises. In Guangdong – home to defaulters China Evergrande Group and Kaisa Group Holdings Ltd. – local officials recently facilitated meetings between struggling developers and SOEs, local media reported. Borrowing by major developers used to fund M&A will no longer be counted toward metrics that limit debt. A handful of the strongest private-sector builders in December tapped the onshore interbank credit market for funds.

Shanghai Pudong Development Bank Co.’s plan to sell 30 billion yuan ($4.7 billion) worth of three-year bonds to fund loans for property acquisitions is the first of its kind from a financial institution, the China Securities Journal said. Bookbuilding for the bonds will start on Friday, according to the report.

Despite those efforts, the fact that notes of better-quality developers can drop to distressed levels marks a key turning point for investors. Many had assumed firms with stronger finances would have no issue accessing offshore bond markets. That assumption was challenged when Country Garden last week struggled to sell a convertible note because of weak demand, according to IFR.

“Without doubt, this is the darkest chapter so far for China offshore dollar bonds,” said Dhiraj Bajaj, head of Asia credit at Lombard Odier. “Policy opacity has reached a tipping point for investors, and investors are looking for over-aggressive policy to be relaxed.”

Moves such as encouraging state banks to lend directly to distressed developers could help relieve stress in offshore markets. China has so far refrained from such tools, particularly as its far larger onshore credit market remains resilient.

Generating cash is becoming more difficult. At the end of last year, a number of major cities in China and some smaller municipalities tightened supervision over the use of presold property proceeds. Home sales and prices are dropping, according to official data. Several of China’s largest banks have become more selective about funding real estate projects by local government financing vehicles.

If authorities are worried about contagion, they aren’t showing it. On Monday the head of China’s statistics bureau downplayed risks from the housing market, saying he expects stable and “healthy” growth in property investment this year. Central bank Governor Yi Gang has repeatedly said that China would contain risks posed to the economy by the liquidity crisis at developers like China Evergrande Group. 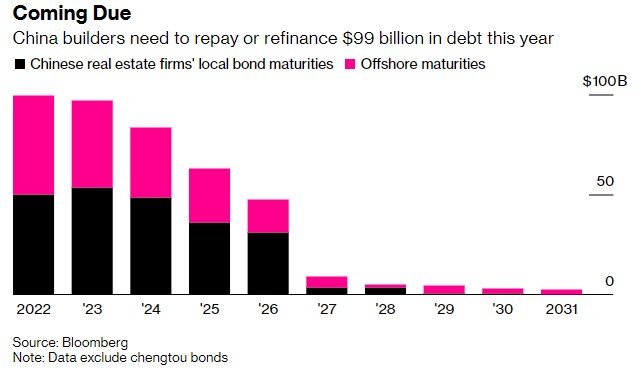 Investors will be on alert for any comments on the property sector from the People’s Bank of China, which is scheduled to give a briefing on credit data at 3 p.m. in Beijing.

China’s bad-debt managers are also under pressure. Concerns about the property exposure of China Huarong Asset Management Co. triggered declines in their dollar bonds in recent days, according to credit traders. Huarong’s dollar note due 2030 is set to decline for a ninth consecutive day after falling 1.2 cents to 89.8 cents on the dollar Monday, Bloomberg-compiled prices show.

At least seven developers have defaulted on dollar bonds since October. That includes Evergrande, whose crisis has ensnared lender China Minsheng Banking Corp., the world’s worst-performing bank stock. Guangzhou R&F Properties Co. was downgraded to restricted default by Fitch Ratings last week due to what the ratings firm called a distressed debt exchange.

Chinese property firms need to repay or refinance some $99 billion of local and offshore bonds this year. Just under half of that is outstanding dollar debt, Bloomberg-compiled data show.