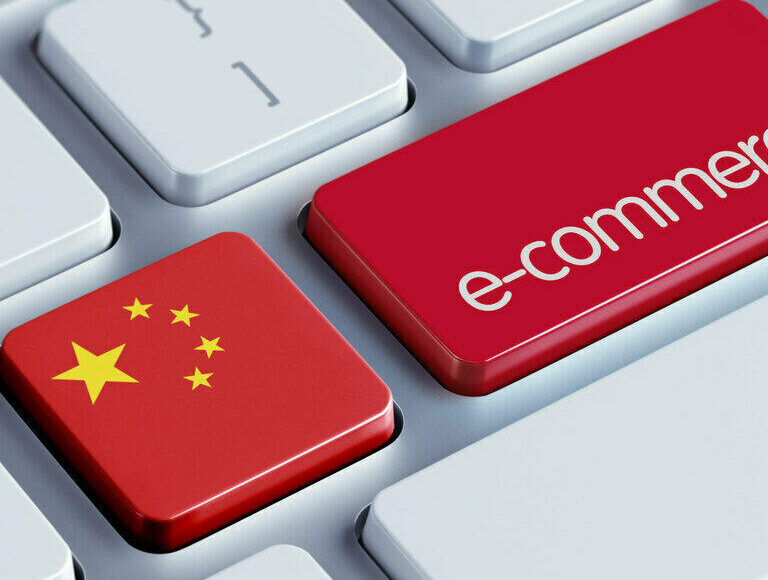 Often considered the online TJX of China, Vipshop Holdings is the leading discount retailer of apparel, cosmetics, and home goods products in China.

Our thesis on VIPS is predicated upon three pillars. Firstly, we believe that VIPS has carved out its niche in the discount space, where its value proposition & business model are unique and defensive. Secondly, VIPS has a stable, capable management team, and its founders have been with the company since Day 1 and still hold significant stakes in the company. Thirdly, the company’s valuation gives us a large margin of safety.

Unlike its competitors, VIPS employs the first party model. It has an in-house merchandising team of roughly 1300 people (17% of total headcount), who proactively procure merchandises from brands. The buyer team ensures that VIPS’s merchandises are differentiated in terms of both price and quality.

The company’s Chairman and CEO, Eric Shen, has been with the company since its inception in August 2010. Prior to founding VIPS, he had 20 years of experience in consumer electronic products distributions. He has a 12.0% stake in the company.

The company’s Vice Chairman and COO, Arthur Hong, is a co-founder. Prior to co-founding VIPS, he had 15 years of experience in consumer electronic products distributions. He has a 6.9% stake in the company. Tencent and JD, two of the most established tech powerhouses in China, have 9.3% and 7.3% stakes in VIPS, respectively.

Despite being the leading online discount platform in China, VIPS is trading at L12M P/E of 6.2x and 2021 EV/EBITDA of 3.3x (as of 12/21/2021). The company’s net cash, at RMB 13B, is about a third of the company’s market cap. Its ROE and ROA have been sustaining above 20% and 10%, demonstrating superior profitability & efficiency of capital deployed. Furthermore, VIPS’s has a very cash generative business, with cash conversion cycle consistently below zero.

VIPS’s primary channel is online (VIP.com website, Vipshop App and WeChat Mini-Program), which makes up more than 90% of its Gross Merchandise Value (GMV). In recent years, VIPS has been investing in building its offline channel via Vipshop branded stores and Shan Shan outlets. The offline channel has already made up a high-single-digit share of VIPS’s total GMV, and growing very healthily at 15-20% p.a.

What are the concerns?

There are several factors which are causing VIPS’s share price to trade at the current level. We will address them in this section.

While some analysts might estimate VIPS’s revenue growth based on its user growth, we believe that its most important growth driver is actually merchandising. While a larger user base will make VIPS a more attractive channel to brands, it is more important that the company can maintain its reputation as the place that offers best value merchandises. Therefore, we estimate that VIPS’s medium-term growth rates should be in-line with the online apparel industry in China, which is about 5-10% p.a.

Separately, there have been concerns raised on VIPS’s lower margins in 3Q21. Gross margin and net margin declined to 19.4% (vs. 20.1% in previous quarter) and 4.1% (vs. 5.0% in previous quarter). Q3 is a seasonally slow quarter. Moreover, 3Q21 saw expansive growth in the lower-margin categories (jewelries, daily necessities) which dragged down margin. According to management, 4Q21 has seen normalizations of growth rates, particularly in higher margin categories like apparels, which means margins will normalize soon.

Longer term, the company aims to maintain gross margin at above 20% and non-GAAP net income at above 5%.

Moving beyond VIPS’s financial performance, there have been geopolitical and regulatory overhangs hurting Chinese equity. Primarily, there are worries on ADR listing, VIE ban, and tech regulation. We’ll address them sequentially.

On delisting risk, we don’t think this issue has been resolved one way or another yet. The China Securities Regulatory Commission (CSRC) is working closely with the US Securities and Exchange Commission (SEC) to avoid such negative outcome. At the end of the day, neither American nor Chinese investors benefit from delisting Chinese companies on American stock exchanges. If the regulators on both sides can find a satisfactory solution, then delisting will not happen.

The background story involves another American entity called Public Company Accounting Oversight Board (PCAOB), which was formed by the SEC in 2002 to regulate accounting firms – the likes of PWC, Deloitte, KPMG and E&Y. In other words, the PCAOB is the ultimate auditor of auditors, making sure that the accounting firms are doing their job. The PCAOB has required all global auditors to open their books for inspection, and all of them, except those stationed in China have complied.

The difficulty arises because China wants to maintain a tight control of state secrets and other sensitive information, which might be inadvertently disclosed in auditors’ books. China has a very expansive definition of state secrets. Moreover, it doesn’t have a single government entity that can decide which information is state secret and which is not. Therefore, China has been having difficulty providing the disclosure of auditing trails to the PCAOB and the SEC. One way to overcome such difficulty is to form a new inter-departmental body, which shall have the final say in what to disclose and what not to disclose. Such inter-departmental body can work closely with both the CSRC and the PCAOB to allow for satisfactory auditing without jeopardizing Chinese national interests.

The CSRC’s recent public statement gives us much comfort that China’s CSRC and Ministry of Finance are proactively working with the US’s SEC and PCAOB to avoid delisting:

In the past few years, the China Securities Regulatory Commission and the Ministry of Finance have taken the initiative to propose to the United States joint inspection cooperation plans and solutions to existing problems in law enforcement cooperation. At present, the relevant regulatory agencies of China and the United States are negotiating on the cooperation of audit supervision, and some positive progress has been made. We welcome the attitude of the SEC and PCAOB to continue to communicate with China and actively solve problems. China is ready to communicate further with the US at any time.

However, if a solution is not found quickly enough, it is not the end of the world either. VIPS can seek listing on the Hong Kong Exchange (HKEx) in Hong Kong. In November 2021, HKEx finalized several proposals making it easier for US-listed Greater China issuers to return to HK. For issuers delisted from the overseas exchanges, HKEx will grant an automatic 12-month grace period to comply with HKEx’s new listing requirements. Separately, HKEx will waive any restrictions regarding Weighted Voting Rights and/or VIE structures for companies which went IPO in the US on or before 15 December 2017. This means VIPS should have no difficulty listing on HKEx at all if it ever needs to.

Lastly, it is worth mentioning that, even if delisting were to happen, it wouldn’t be for 2 more years under the current SEC laws.

There have been talks about a potential VIE ban. VIE is Variable Interest Entity, a structure which is employed by most Chinese ADR companies to list in the US. This is an example of fear-mongering media making up sensational news to generate readership.

The CSRC has publicly denied such a rumor:

Recently, some overseas media reported that Chinese regulators will ban overseas listing of companies with VIE structure and demand Chinese companies to delist from U.S. stock exchanges, which is a completely misunderstanding and misinterpretation.

Moreover, since the company’s IPO was before December 2017, its VIE status will not be contested by HKEx if it were to seek secondary or primary listing in HKEx. HKEx considers Chinese companies that went public in the US before December 2017 as “Grandfathered Greater China Issuers” that will be exempted from any VIE or WVR restrictions:

The rationale for grandfathering the WVR /VIE structures of Grandfathered Greater China Issuers and Non-Greater China Issuers (including those listed on a Qualifying Exchange on or before the Exchange’s announcement of proposed reforms relating to WVR structures) was that these issuers were seen as not having listed overseas for the purpose of regulatory arbitrage.

Lastly, on the topic of tech regulations in China, we believe that the impact on VIPS is neutral at worst and positive at best. On the one hand, VIPS is small enough that the anti-monopoly regulations won’t directly affect its businesses. VIPS’s e-commerce data is limited and less sensitive, which means VIPS’s business model is less restricted by personal data privacy laws. In addition, since the tech crackdown, capital inflows to the tech sector have slowed down, thereby reducing the risk of new entrants in the sector.

VIPS operates in a highly competitive space. There is competition coming from the larger peers like Alibaba (with Taobao), Pinduoduo and JD. They can build dedicated outlet channels for the brands to clear their inventories. Alibaba, for example, had begun offering the online “outlet/temai” stores in addition to the flagship stores.

Furthermore, there are new competitors who have joined in the last few years. Aikucun, which has raised $214M of capital since its founding year 2017, utilizes the S2B2C model to connect manufacturers, distributors and customers together to solve the problem of manufacturing inventory. Aikucun has seen some degree of success with helping manufacturers and distributors reduce excess inventory.

Separately, Haoyiku, which has raised $115M of capital since its founding year 2017, leverages social networks to build a community e-commerce platform for selling apparel. We should expect more competition in the future given the attractiveness of the apparel business. VIPS management is acutely aware of that. They have been rolling out strategic initiatives to defend their turf.

To monitor the successes of these critical initiatives, we suggest keeping an eye on the following metrics in the future:

Below are our key assumptions in the DCF valuation model:

Taken together, our valuation model shows that VIPS can have significant upsides in the upcoming years: 139% by YE2021 and 206% by YE2024.

On balance, we believe that VIPS is a compelling value opportunity. We don’t think there is any risk of permanent capital loss. Delisting, VIE ban and regulatory action are all manageable risks. None of them will render VIPS un-investable. As VIPS’s management continues executing on their strategic initiatives, we believe that the company’s revenue growth and profit margin will stabilize or even surprise the market on the upside. At its extremely depressed valuation, the stock offers significant return potential for patient investors.

Vipshop: Undervalued Based On Fundamentals