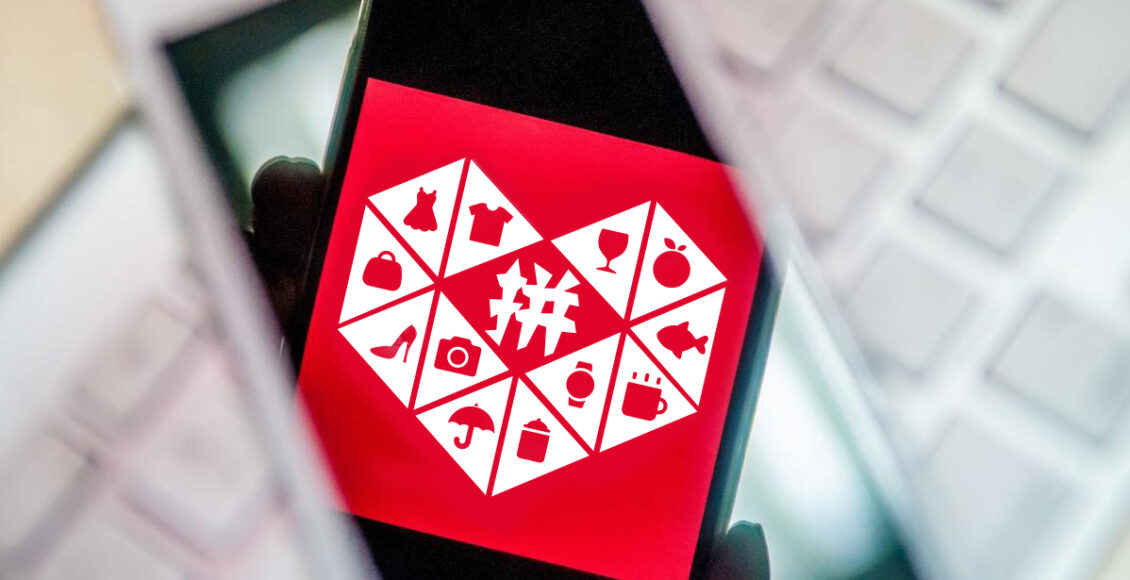 China’s e-commerce sector has grown rapidly in recent years on the back of internet connectivity and smartphone penetration, coupled with streamlined e-commerce platforms that have simplified the interaction between merchants and consumers with convenient payment and logistics solutions. The pandemic has also further fueled the growth in this trend as the Chinese population increased dependency on online shopping channels to fulfill purchasing needs for necessities.

The robust growth momentum in China’s e-commerce sector is further corroborated by a recent report published by the National Bureau of Statistics, indicating that online retail sales in China grew 24%, while the number of express delivery parcels grew 75% year-over-year. With post-pandemic consumer spending continuing to pick up and GDP expected to continue growing at a rapid rate of 8% into the following year, Chinese e-commerce giants like Pinduoduo are poised for significant growth opportunities ahead, especially with its “fun and interactive” shopping experience that differentiates them from industry peers like JD.com and Alibaba.

Despite the favourable outlook anticipated for PDD’s fundamental business performance, Beijing’s recent crackdown on Chinese big tech has triggered an onset of adverse impacts that has rippled across board, wiping out gains of more than $1 trillion since the February peak. Until there is further clarity on how or when Beijing’s regulatory crackdown will end, the situation will continue to trigger volatility in Chinese stocks, instigating a potential valuation adjustment across all Chinese stocks – including those with promising upside to fundamentals – that simply cannot be ignored. 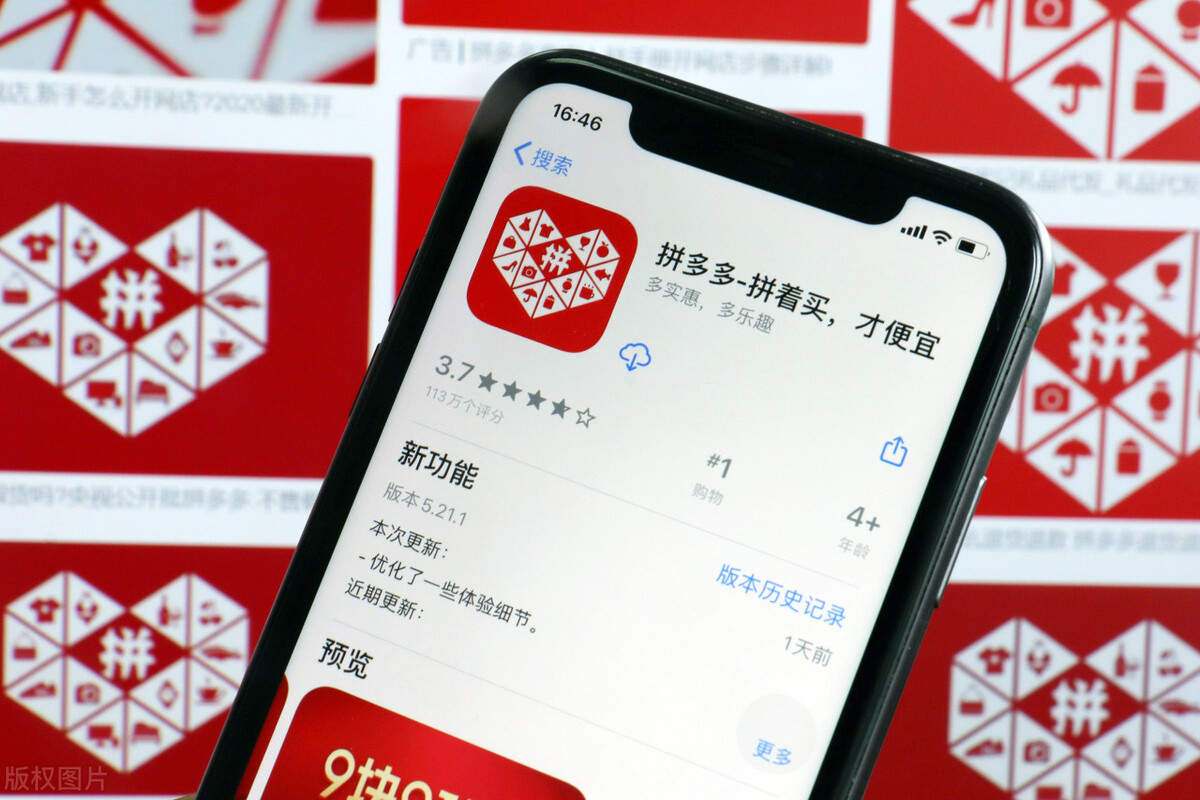 In the span of six short years, PDD has grown from a shopping app spread through the word-of-mouth and social media interactions in local communities to the largest e-commerce platform in China by engagement volume, with more than 700 million average monthly active users and 800 million active buyers. Recognizing the increasing irrelevance of an offline world with the advent of mobile internet and portable smart devices that have enabled online access at anywhere and anytime, PDD has built its business on being a mobile-only e-commerce platform.

PDD has also been quick to implement an “improve-adapt-and-overcome” mindset to its business model during the pandemic. In August 2020, PDD introduced “Duo Duo Grocery”, a next-day grocery pick-up service that allows buyers to order groceries and other home products directly from farmers, and collect the goods on the following day at nearby designated pickup points.

The new initiative was well-received by both consumers and farmer merchants – consumers were provided access to fresh produce at lower prices under safe circumstances that bypass the delivery logistics bottleneck with a designated pick-up option, while enabling small-scale farmers to bypass distributors and sell directly to consumers at lower costs, reducing the overall economic burden to conduct business during the pandemic. The digital grocery platform has also been commended for reducing spoilage compared to traditional grocery stores that offer curb-side pickup or delivery services, and allowing rural farmers to reinvest cost-savings back into improving their production efficiency and quality to drive further e-commerce penetration in the agricultural sector. PDD’s grocery initiative has also increased traffic to its wider shopping platform, which is proven through the record-breaking 44% year-over-year growth in orders per active buyer in 2020.

It is evident that PDD’s innovative business model is a competitive advantage to its industry peers as they rival head-on for market share within the rapidly growing Chinese e-commerce sector. And with the digitization of China’s agriculture industry still at early stages of adoption, PDD is poised to further capture the significant additional growth opportunities available within the segment, which will be all-the-more favourable to its overall business performance. 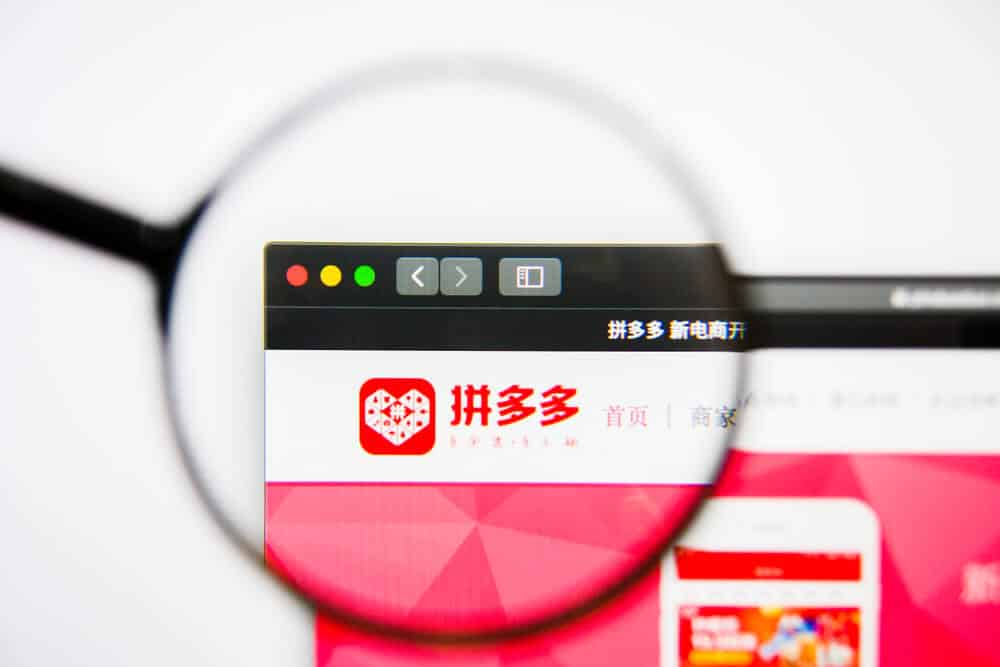 Despite China’s overall decrease in consumer spending during the pandemic by 3.9% in 2020, e-commerce sales have surged by 14.8% in the same period, indicating continued demand for digitization in the growing economy. The Chinese e-commerce sector is expected to see further growth at a compounded annual growth rate (“CAGR”) of at least 12.4% over the next five years and account for more than half of the global e-commerce market share.

Live-streaming sales, a sub-sector within e-commerce and a feature that is enabled for PDD merchants, has also demonstrated accelerated growth of 160% in the past year, with further growth of 85% anticipated in the current year as the economy recovers from the pandemic. Considering the e-commerce tailwinds discussed throughout the analysis and PDD’s strong financial performance observed in recent quarters, our forecasts estimate total revenues of RMB 122.6 billion (US$18.9 billion) by the end of the year, with growth at a CAGR of 26.2% towards RMB 190.3 billion (US$29.4 billion) by 2025.

Source: Author, with data from our internal financial forecast

The growth in sales will be led by the company’s “online marketing services and other” business segment, which earns revenues from offering PDD’s growing merchant base with paid advertising placements. Our forecast projects online marketing services and other revenues of RMB 95.8 billion (US$14.8 billion) by the end of the year, with growth towards RMB 153.0 billion (US$23.6 billion) by 2025; the growth assumption is consistent with the forecasted market growth trends on China’s e-commerce sector, as well as the historical growth trends observed on PDD’s merchant base and the related revenue stream.

Transaction fees earned from merchants that have made successful sales on PDD’s platform are forecasted at RMB 16.2 billion (US$2.5 billion) by the end of the year, with growth at a CAGR of 34.9% towards RMB 25.8 billion (US$4.0 billion) by 2025; the growth assumption applied on said revenue stream is underpinned by PDD’s accelerated sales performance and robust buyer base growth propelled by its proprietary “team purchase” model, as well as PDD’s recent introduction of Duo Duo Grocery, which is expected to attract further engagement traffic and purchases to boost its overall transaction fee revenues.

Source: Author, with data from our internal financial forecast.

PDD is also expected to earn nominal profits of RMB 716.1 million (US$110.5 million) starting in 2023, with growth towards RMB 19.6 billion (US$3.0 billion) by 2025; the growth assumption is consistent with the anticipated ramp up in sales volume, coupled with the scale back on operating costs related to product, technology and sales team developments in the long-run as PDD builds scale and brand awareness.

Source: Author, with data from our internal financial forecast.

Despite the stellar outlook for PDD from a fundamental point of view, the risks related to the complexity and uncertainties in China regulation of internet-related businesses, which have been heightened by Beijing’s recent crackdown and regulatory overhaul on tech and education stocks, may be a telltale for an imminent valuation adjustment across Chinese big techs. From China’s record antitrust fine of RMB 18.2 billion (US$2.8 billion) fine imposed on Alibaba earlier this year, to the recent takedown of Didi’s ride-hailing app from app stores and the regulation overhaul within the education technology sector, China’s regulatory crackdown has only continued to ramp up in speed with no end in sight. Gains of close to $1 trillion have been wiped out since the tech rally’s peak in February, with some of China’s largest education companies down by as much as 40% earlier this week.

The Chinese Ministry of Industry and Information Technology has also recently announced plans to “police the technology sector” over the next six months, with focus on adherence to antitrust regulations, protecting consumers, safeguarding user data, and obtaining government authorization to operate; the timeline could be further extended for companies selected for further internal investigation, and introduce significant adverse impacts to business operations.

With an investment mandate and fiduciary duty to investors to follow, many institutional investors have started to unload positions in Chinese stocks from their respective investment portfolios to reduce overall risk exposure. Cathie Wood’s flagship ARK Innovation ETF has also exited Chinese stocks following recent events on China’s regulatory scrutiny on its home-grown businesses, warning of a “valuation reset” as the situation intensifies.

Although PDD shows tremendous growth potential with China’s rising economy, it is important to consider how recent events surrounding China’s regulatory risk could impact the business’ overall valuation. PDD is anything but out of the woods from the recent slew of crackdowns that Beijing has imposed on big tech for the following reasons:

In addition to the risks imposed by China’s recent regulatory changes, PDD is also subject to scrutiny by U.S. regulators and exposed to risks of becoming delisted. The “Holding Foreign Companies Accountable Act” signed into effect by the Trump Administration in December, which could delist Chinese companies that do not meet audit inspection rules within three years, also makes it increasingly clear that the U.S. regulators will no longer be tolerating opaque Chinese company stocks. It is evident that regulatory crackdowns are closing in from both sides on Chinese stocks like PDD, which could trigger a sector-wide valuation adjustment that should not be ignored.

Source: Author, with data from our internal valuation analysis.

Our valuation is derived from a discounted cash flow (“DCF”) analysis over a five-year discrete period in conjunction with the financial projections for PDD as discussed in earlier sections. A WACC of 12.0% is applied to discount PDD’s projected free cash flows, which is consistent with the company’s current risk profile given its capital structure, as well as the recent volatility observed on the company’s share price.

The impending valuation adjustment brought forth by regulatory uncertainties over the Chinese tech stocks is considered in the exit multiples used in our valuation analysis to derive the price targets. PDD’s domestic industry peers are currently trading at an EV/EBITDA multiple of 38.52x, which is also consistent with those within the e-commerce sector in the U.S. However, to gauge the extent of the industry’s impending downward valuation adjustment, we have taken observations within the Chinese education technology sector as a proxy.

Since China’s initial crackdown on Chinese private education companies, citing monetization of education as an act of exploitation, to the recent regulatory overhaul that could require private education companies that teach mandatory school curriculums to go non-profit, the forward-looking EV/EBITDA multiple within the education sector has fallen by more than 72% on average, to as much as 95.8% since one year ago. Applying the same adjustment effect on the e-commerce sector’s current EV/EBITDA multiple of 38.52x could drive it down to 10.45x to as low as 1.62x, which could drive PDD’s share price down to a range of $52.26 and $74.82 when applied to our valuation analysis.

The potential downward valuation adjustment is further corroborated by the fact that the exit multiples of Alibaba and JD.com, two of China’s largest e-commerce platforms, have also fallen by more than 16% and 14%, respectively, in the past year.

i. Base Case Valuation Analysis: 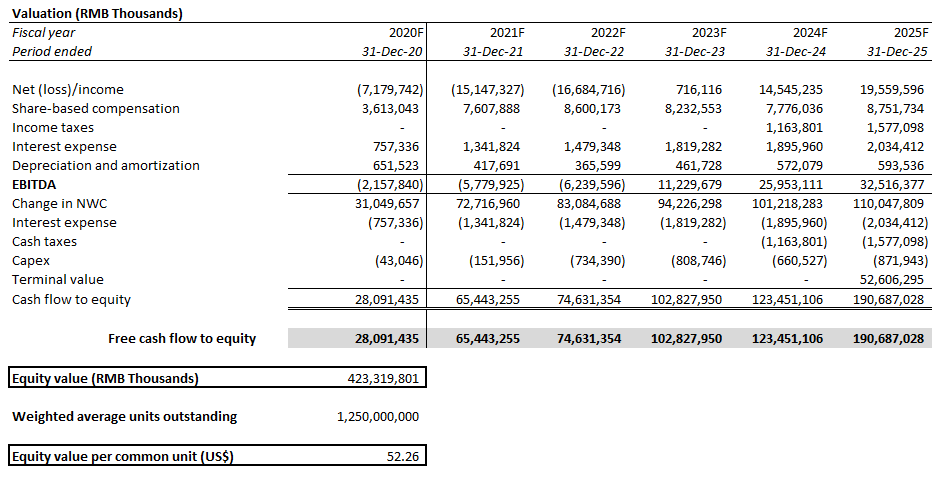 Source: Author, with data from our internal valuation analysis.

Despite PDD’s favourable financial prospects backed by its strong business model and the continued growth momentum in Chinese e-commerce, the uncertainty revolving China’s regulatory landscape will likely overshadow an optimistic outlook. Until there is further clarity on China’s regulatory reform, volatility is expected to continue, with the adverse impacts reflected through a continued downward valuation adjustment on PDD.

China maps out digital government plan to 2035 as Beijing…

China’s Economy Appears to Be Stalling, Threatening to Drag…