Momo: It’s Always Darkest Before The Down 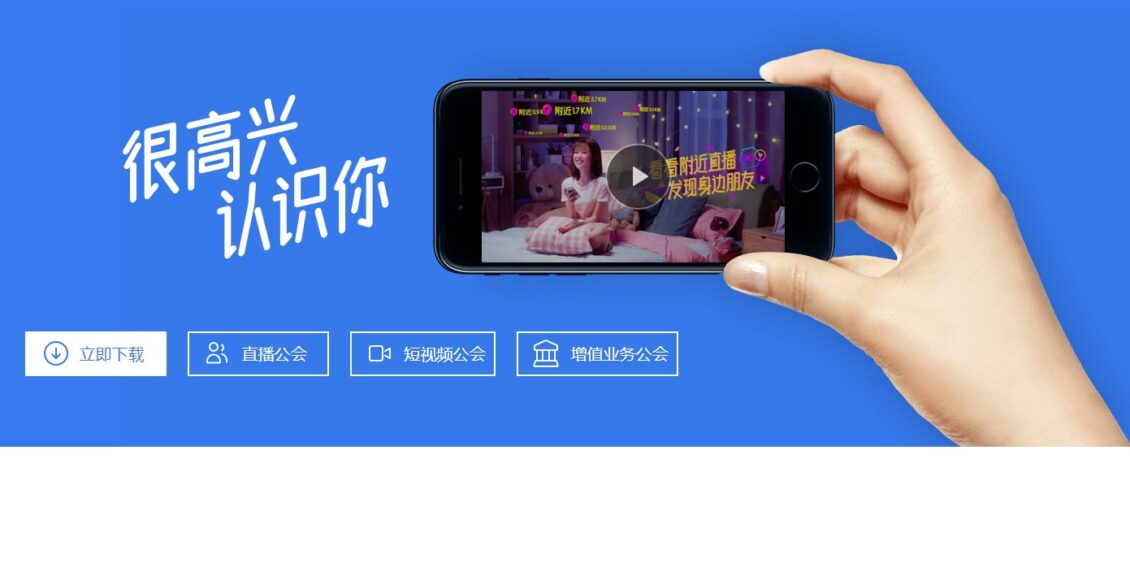 Negative sentiment about Chinese ADRs is pulling all Chinese stocks across the board. When investors think that price of Momo stock cannot go any lower, some new market development drops MOMO shares lower again. The investment thesis on MOMO has two aspects. One is quantitative and is related to improving business and successful turnaround accomplished within next twelve months. If turnaround is successful, there is a reasonable expectation that investors will be rewarded with increased future earnings along with higher multiple paid for these earnings. Some of the most powerful stock moves occur in beaten-down stocks which after periods of long disappointments are returning to increased profitability. MOMO fits well into this characteristic.

The other aspect is based on the belief that current negative sentiment about Chinese ADRs and VIE’s structures widely used by Chinese tech firms will be only transitory, and eventually successfully resolved. The main argument for this belief is that, it would be negative for both American as well as Chinese government to drastically erase more than 248 companies listed on US exchanges worth more than 2 trillion dollars, that’s why it is in the interest of both parties to find workable solutions.

MOMO is a mobile based social networking platform operating in China. With over 115 million monthly active users (MAUs), MOMO is regarded as one of the largest social platforms in China. The company has two main apps. MOMO which is a regular dating app with few additional elements, such as shopping, games, and virtual gifts. The other app is Tantan, copycat of Tinder, which is not allowed to operate in China. Tantan app was acquired in 2018 to secure its dominating position in Chinese dating business. To the detriment of MOMO, acquisition price for Tantan was nearly USD 800 mil., which is over 50% of current combined Enterprise Value. Both apps belong among most highly recognized dating apps in China.

Why this situation exists 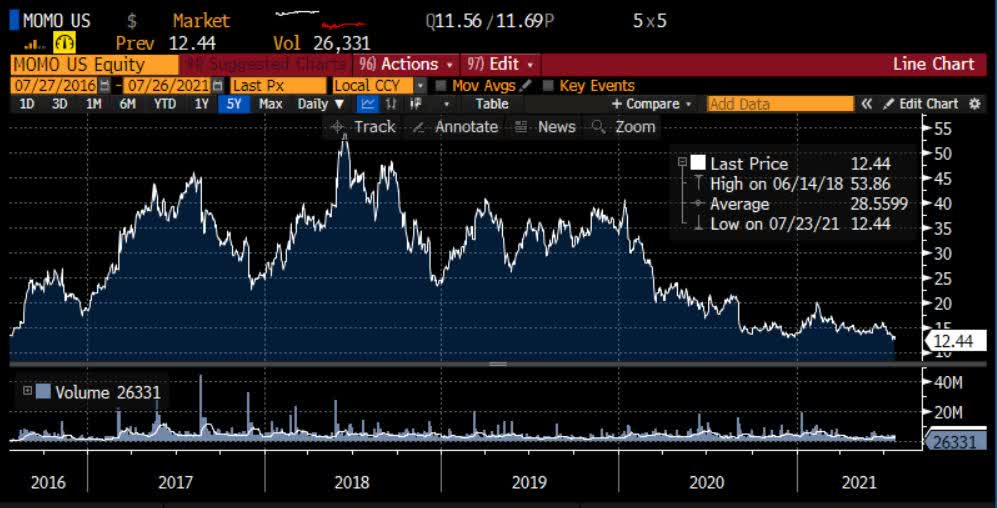 In the past, MOMO has undergone several operational setbacks which resulted in stagnant user base and slowdown in revenues. Instead of being just a dating app, MOMO added other features such as shopping options, mobile games, or live chats, which were many times counterproductive to improving user experience. Since then, the company has been trying hard to turn around the business with steps such as simplification of the app and improving user experience in life-videos service segment. The price chart above is a good example what happens when slowdown of user base is accompanied by slowdown in revenues. Most of the time, it is a perfect recipe for substantial stock decline, especially for growth stocks.

The overhaul of life-video service started in 3Q 2020 and will continue to put pressure on short term revenue growth. Therefore, instead of focusing on total revenue growth, it is more important to concentrate on operational improvement in every segment. Looking at revenue structure of separate segments, several patterns will emerge. For example, that year over year revenue declines in 1Q2021 vs. year over year revenue declines in FY20 are slowing. This is evident in Live Video Service segment and Mobile Marketing segment (-9% and -27% vs. -22% and -40%). Even though revenues in these two segments are still declining, they are declining at slower pace which corresponds with the management’s commentary on improvement in Live Video Services. On the other hand, revenue growth in Value-Added Services segment in 1Q2021 is higher than year over year growth in 2020 (33% yoy vs. 25% yoy). This implies, that Value-Added Services segment as one of the main drivers of future growth is gaining momentum. Similar pattern is visible in operational statistics. Year over year increases in Monthly Active Users and Paying Users are positive developments in restoring user base growth and increasing long term sales. Continued slowdown in Tantan paying users growth is slightly disappointing. Based on the management’s 1Q2021 remarks, Tantan provides several growth opportunities which should materialize in next few quarters. 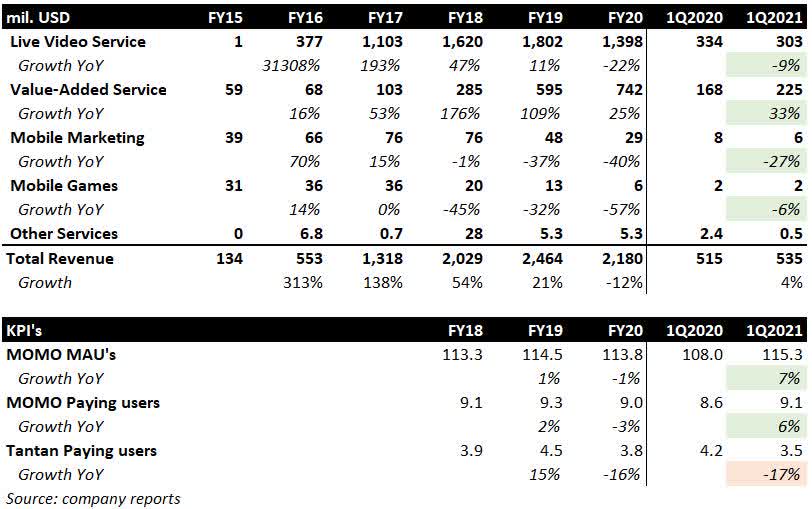 For the market, valuation of a company is less of a concern when business is doing poorly. It is not surprising to see cheap stocks getting cheaper until some reasonable improvement of the business will occur. MOMO is not an exception. Hence, an astute investor will concentrate more on improved characteristics of the business, than on valuation itself. To prove the point, MOMO is currently selling for 7.0x last year earnings and 4.2x this year expected earnings. Additionally, with 115 mil. MAU and current EV of USD 1,485 mil., the investor is paying only USD12.9 for an active user, however those active users will generate approximately USD20 revenue per user. (Expected FY21 revenue: USD2,292 mil.)

In general, MOMO is currently selling with over 50% discount to its 5-year average. Positive thing is that MOMO is net cash positive and has solid balance sheet, that’s why it has plenty of time to turn around its business. To close historical valuation gap, MOMO should sell somewhere north of USD20 per share, however there is a reasonable assumption that if business improves, investors will be willing to pay higher multiple for growing earnings than what was historical norm.

From its top in Jun 2018 until today, MOMO lost over 78% of its market value. Looking at the past declines, it might sound foolish to call this moment the exact bottom when the stock will change its long-term trend and will start to grow again. I believe that before me, there were plenty of analysts coming with similar conclusions, but their efforts were to no avail. Paradoxically, it seems that when MOMO’s valuation is at its 5-year low, the first signs of turnaround are slowly visible. The best opportunities usually can be found in forgotten, beaten-down stocks which are returning to periods of increased profitability. MOMO can be one of those stocks. It is statistically cheap, with long periods of disappointing investors but with turnaround at sight. For long term investors who are willing to overcome currently negative sentiment in Chinese ADRs, this can be a profitable opportunity.