Richard Liu Qiangdong, the billionaire founder of China’s e-commerce giant JD.com, said his company will “do the right thing in the right way” as the firm celebrates its 18th anniversary and amid increased regulatory scrutiny of the country’s Big Tech sector.

In a letter to investors published on Friday, Liu noted the transformation and rapid growth of the company in recent years, which has seen it pull off initial public offerings for its health and logistics units in the past 12 months and establish its 618 shopping festival as another key event in China’s competitive e-commerce landscape.

His comments come at a time when other Chinese technology tycoons have been keeping a low profile. For example Jack Ma, founder of rival Alibaba Group Holding, has taken up painting as a hobby, his close business partner Joseph Tsai said in an interview this week.

Zhang Yiming, founder of Tik Tok-owner ByteDance, last month decided to step down from his role as chief executive to focus on long-term initiatives, with his decision coming not long after Pinduoduo founder Colin Huang also decided to step back from day-to-day leadership.

Meanwhile Wang Xing, owner of delivery services giant Meituan, is currently dealing with an antitrust probe into his business, recently deleting a 1,000-year-old poem from his social media account after it fanned speculation he was complaining about Beijing. 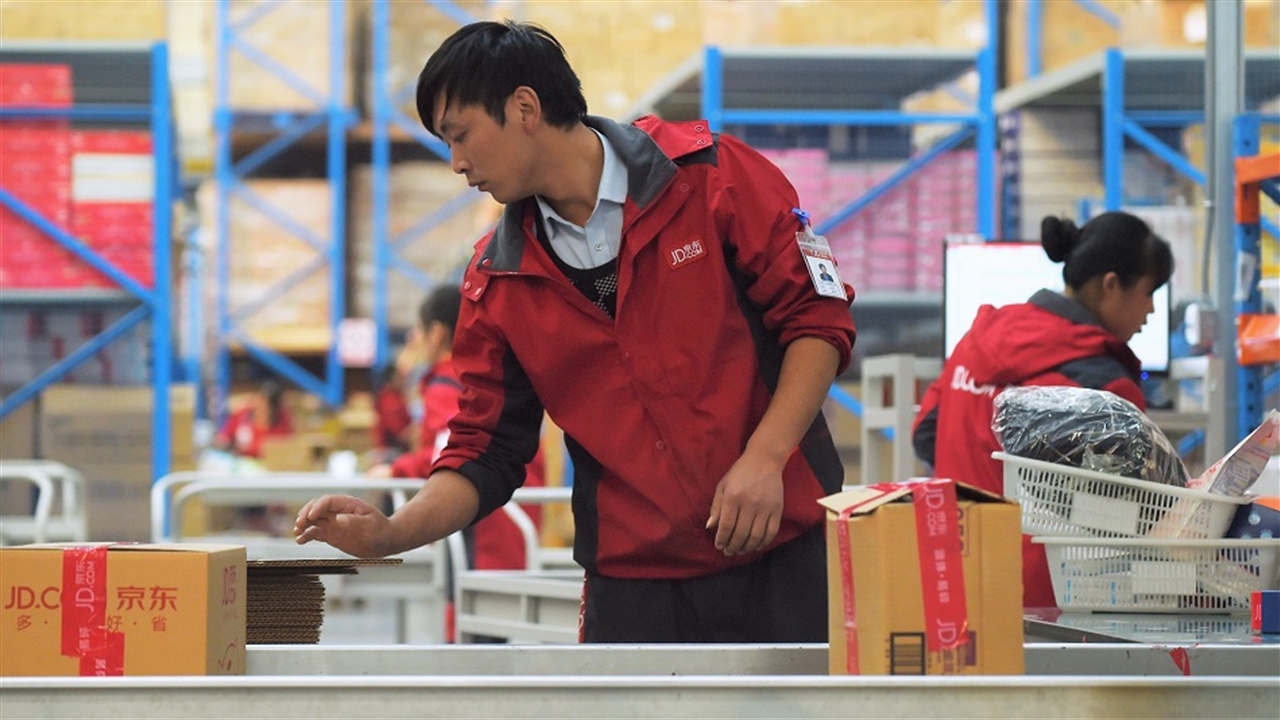 47-year old Liu’s public image took a battering in late 2018 when he was briefly detained by US police after he was accused of rape by a Chinese student at the University of Minnesota.

He denied wrongdoing and was released less than a day later to return to China. Prosecutors later said they had not found enough evidence to charge Liu of any crime.

Since then, Liu has managed to put his business empire back on track and stayed clear of incurring Beijing’s wrath, although plans for an initial public offering of JD.com’s fintech unit in Shanghai were called off in April this year.

In a letter titled “Stay in Awe, Stay Passionate” published on JD.com’s website on Friday, the 18th anniversary of JD.com’s founding, Liu noted that JD.com’s payroll has increased from 38 to 370,000, and boasted how the company has helped to create jobs for workers and value for consumers.
“Over the past 18 years, JD has been gradually transforming from an e-commerce company into a supply chain-based technology and service provider,” Liu said.

“Our businesses span across retail, technology, logistics, health and property and have created enormous value.”

Liu did n0t refer to any of his business competitors in the letter.

While turnover around Alibaba’s Singles’ Day in November is still larger than the 618 festival, JD.com has nevertheless made 618 an important shopping day.

In the first three minutes of this year’s event, which runs from June 1 to June 18, JD saw sales from its online supermarket JD Super surge more than 10 times compared to last year, according to data from JD.com.

Alibaba, which recently went through a months-long antitrust investigation resulting in a record US$2.8 billion fine in April, did not disclose sales figures for its 618 festival this year but shared its latest carbon reduction efforts on its retail platforms, Tmall and Taobao, for the first time.

Carbon emissions per order during Alibaba’s 618 sales were cut by 18 per cent compared to the same time last year, mainly driven by Alibaba’s enhanced algorithms, increased use of clean energy, as well as green logistics, according to a statement issued by the company on Friday.

Pinduoduo, the fast-rising social commerce giant, also did not disclose data from its 618 promotions this year.

“The 618 shopping festival is a great opportunity for JD.com. Liu’s letter is not only to celebrate the anniversary of the company, but also hints that he still has a strong influence on the company, or even suggests a comeback,” said Zhang Yi, chief executive of Shenzhen-based iiMedia Research.