Jack Ma, the founder of the world’s largest e-commerce platform Alibaba Group Holding, is visiting research institutions in the Netherlands to further his interest in the technology of agriculture, according to people familiar with his first overseas trip in more than a year.

Ma, who retired as Alibaba’s chairman in 2019 on his 55th birthday, is undertaking his study tour in his personal capacity, according to the people.

The former English teacher was photographed visiting a number of Dutch research institutions, where the technology of the BOAL Group, a specialist in aluminium extrusions and greenhouse roofs, was on display.

Alibaba’s spokespeople declined to comment on their former chairman’s trip since he is no longer involved in the company’s daily operations.

The entrepreneur will continue travelling in Europe to visit more companies and research institutions involved in agricultural infrastructure, plant breeding, and the training of expertise in the field, according to people familiar with his plans. Ma was inspired by what he saw in Europe and believed that a combination of the technology with Alibaba’s cloud computing, big data analysis and artificial intelligence would create tremendous potential for the modernisation of agriculture in China, the people said.

The technology entrepreneur, who said he wanted to dedicate his post-retirement days to philanthropy, rural education and pursue his interest in reviving China’s rural sector, was in Spain last week on a similar study after a stopover in Hong Kong, according to sources. Due to the ongoing Covid-19 pandemic, Ma had chosen to undertake his journey mostly by sea to avoid crowds, they said.

The whereabouts of Ma, a globe-trotter who spent more than 100 days in 2018 travelling as Alibaba’s most active ambassador for e-commerce and globalisation, is closely watched ever since the company he founded came under the Chinese antitrust regulator’s scrutiny. 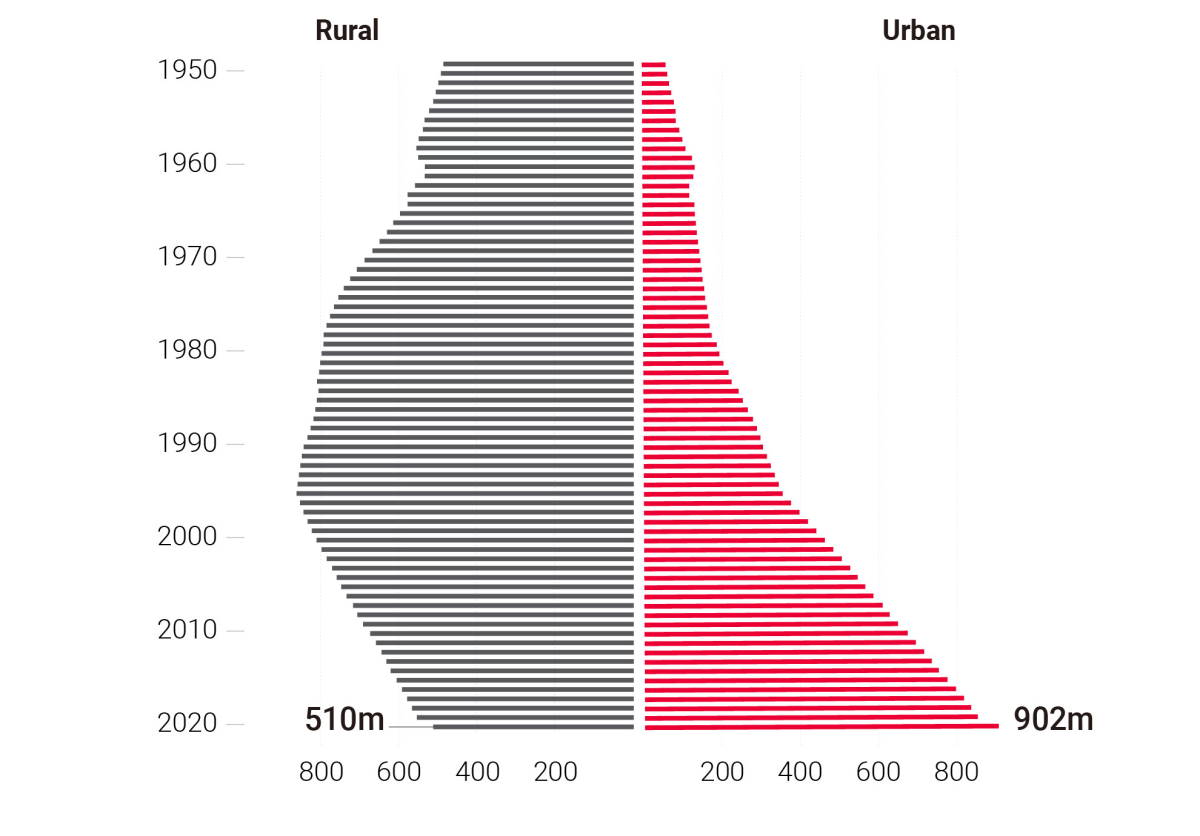 Last month, Ma visited a hi-tech farm in rural Zhejiang province, according to photos circulated on China’s social media platform WeChat. Spokespeople at Alibaba and the Jack Ma Foundation did not confirm the visit.

China, often dubbed the world’s factory floor, also has a large agrarian sector, where almost 40 per cent of residents live in rural areas. The nation also badly needs technological innovations in agriculture, where the harvests of grains and crops are threatened by limited farm land, a shrinking rural workforce and such natural disasters as floods and desertification.

Alibaba, which began its growth by connecting global buyers with China’s producers, had long staked its business in helping small producers, including farmers in faraway places, sell their products around the world.

The Hangzhou-based company was slapped with a record 18.2 billion yuan (US$2.8 billion) fine in April for breaching China’s antitrust regulations, the culmination of a series of investigations that began last Christmas Eve. Six months earlier, China’s financial regulators called off the US$39 billion dual stock offer by Alibaba’s Ant Group, 48 hours before shares were due to start trading in Hong Kong and Shanghai.

Alibaba, now managed by a team of partners headed by chairman and chief executive Daniel Zhang, has doubled down in aligning the company’s development with a number of priorities championed by China’s government, including the environment, sustainable development and social equality under the “common prosperity” mantra. The company, one of China’s largest technology behemoths, last month earmarked 100 billion yuan for a “common prosperity” fund to promote investments in technology, support small businesses and foster rural development.

Farm technology remains a growth prospect for a company that has since diversified into cloud computing, artificial intelligence and big data analysis. This year’s Singles’ Day online shopping gala on November 11 – Alibaba’s signature annual event – will focus on social responsibilities, sustainability and inclusiveness instead of the typical showcase of sales, marketing and consumption, according to company officials.

Ma, 57, had been “laying low” and spending time on such hobbies as painting, Alibaba’s co-founder and vice-chairman Joe Tsai said in an interview with CNBC. Tsai is also chairman of this newspaper’s publisher SCMP Publishers, wholly owned by Alibaba.

Before his overseas trip, Ma had appeared only via a handful of video conferences. He showed up at Alibaba’s Hangzhou campus in May during the company’s annual open day for employees and their family members, where he mingled with staff.

HSBC joins investors reckoning worst is over in China