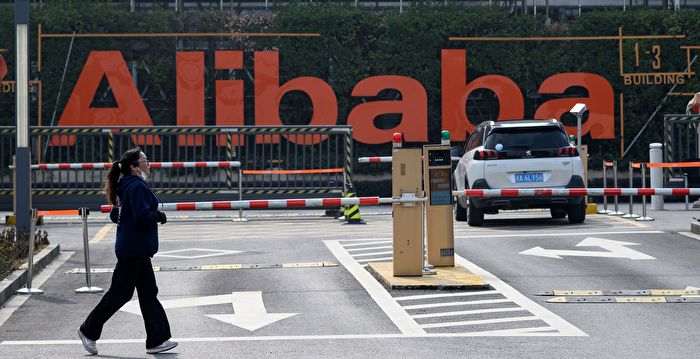 Alibaba: The Most Controversial Trade on Wall Street

For weeks now, Alibaba Group (NYSE:BABA) has been among the most actively traded stocks in the entire market. Headline after headline is about the Chinese Communist Party reining in Big Tech in China. The worst fear that the CCP could nationalize Alibaba or impose a tax rate at or near 100 percent, thumbing their nose at international investors and driving the stock to zero.

But if that were to happen, China would probably close their opportunity to obtain international investment in the future, a classic short-term gain for a long-term loss. I don’t view this scenario as likely. The slide has been relentless, with the stock down 32 percent YTD as of my writing this. The trade here is seen as fairly binary due to how low Alibaba’s valuation has become given its earnings growth. 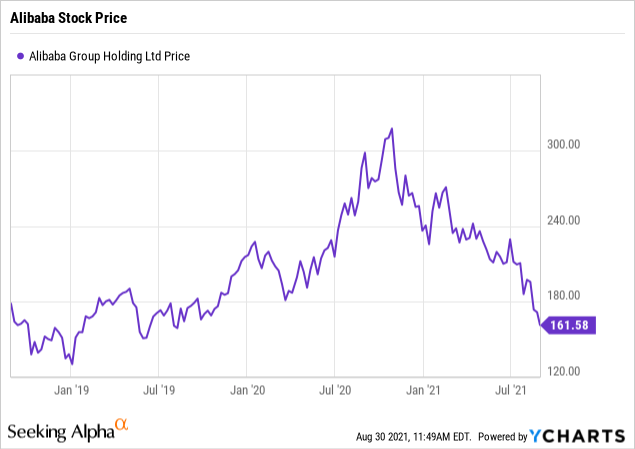 Despite the fear, when you look at Alibaba’s financial statements, they have among the best revenue and income growth numbers you can find in the market for their valuation. Prominent investors like Charlie Munger, Mohnish Pabrai, and Guy Spier have built large long positions in Alibaba stock. Shorting Chinese tech, meanwhile, is a popular momentum trade being executed by hedge funds. Full disclosure here – I bought Alibaba earlier this year, lost some money, waited for the wash-sale to run out, and am now back in.

Alibaba: Cheap Or a Value Trap?

In May, I laid out two hypotheses for Alibaba stock over the next 5 years. I previously hung a 5-year price target of $514 per share for BABA stock, and although there are risks that could derail this, I don’t think the business has fundamentally changed. Rarely do you see so much disagreement between intelligent investors over a stock as you do with Alibaba here.

Analysts expect 20 percent compounded annual earnings growth for BABA for the next few years, and the stock currently trades for less than 17x earnings. This implies a total return for Alibaba shareholders of in excess of 25 percent annually – not far from early investments in companies like Apple (NASDAQ:AAPL) and Amazon (NASDAQ:AMZN). While Amazon has always been a very expensive stock, Apple was chronically undervalued through much of its history, meaning that there is precedent for a great business to have a cheap stock.

Here is how much Alibaba’s revenue has grown. 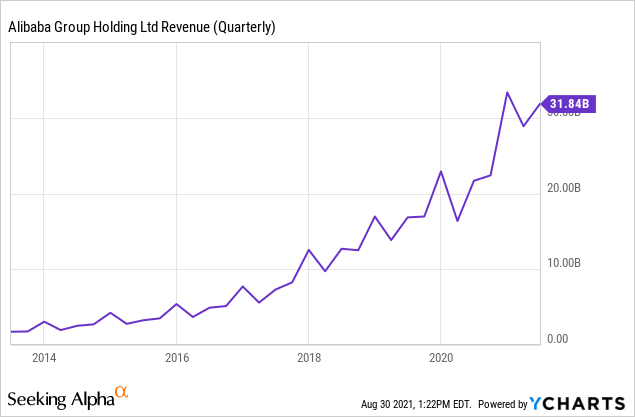 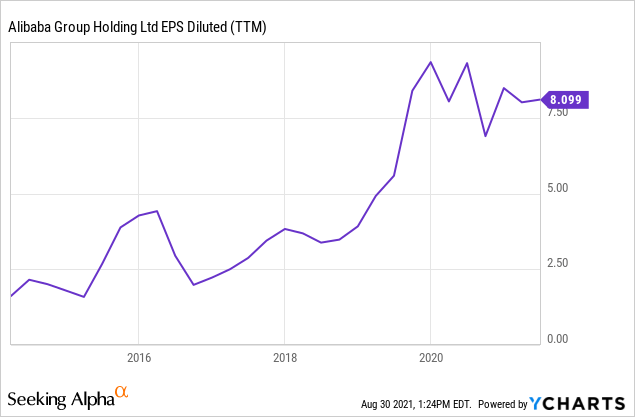 In May, I focused more on Alibaba’s corporate governance and accounting, but now, the main threat appears to be regulatory uncertainty from the Chinese government. The first thing to know about Alibaba here is that it’s a complex web of companies, which makes their accounting tricky to decipher. Chinese accounting is widely known to be a little creative – even government statistics tend to tell a story they want you to hear. But Alibaba is a massive company, is listed in New York, and now claims to be audited to GAAP standards, at least by Hong Kong-based accountants. Alibaba’s true earnings power is likely slightly less than their headline earnings indicate, but just to be clear, companies in the US aren’t innocent of this either. To this point, issues like these are why the opportunity in Alibaba exists. If everyone had a consensus that this was the best company ever, the stock would be 50x earnings.

A second but related risk has more clearly emerged, which is that China will not allow Alibaba to continue to grow, lest they threaten the Party’s grip on power. At best, this would make Alibaba’s valuation make a lot more sense, and at worst, this could result in Alibaba shareholders losing most or all of their investment.

China and The US Are More Alike Than They Realize

It bears noting that China is dealing with many of the same issues that the US is. Issues like the coronavirus pandemic, demographic change, Islamic terrorism, competition for scarce natural resources, and income inequality are issues that both the US and China deal with. The US has the most billionaires in the world, and China has the second most billionaires. If you count Hong Kong, China actually has more billionaires than the US.

One key difference between China and the US is that the CCP tends to not care as much about how its actions are perceived, and as such is much more aggressive in enacting its agenda (for one, they can’t get voted out of office). In the US, for example, regulating Big Tech is something that gets talked about a lot in Congress, but is ultimately generally slow to happen and not too onerous. In China, senior party officials can change the rules after far less of a process. The underlying issues exist in both countries.

Reflecting this (and in my opinion, this could be an overreaction), Alibaba trades for 17x earnings while Amazon, its closest American peer, trades for ~50x. Alibaba additionally has far more potential to grow, if you can stomach the political risk. Alibaba got hit with a big fine by China, but American tech companies have been fined by the US and EU. Investors worried about Chinese corporate taxes going up have a similar discussion occurring in halls of the US Congress.

Those selling the narrative that Chinese tech companies will be regulated out of existence while American tech companies will grow undeterred by regulation may fail to recognize just how similar the US and China are becoming. One possible conclusion to this is that Chinese tech is undervalued compared to US tech. Another is that US tech is overvalued. But the dissonance here means that there is an opportunity one way or another. I’ll never recommend that anyone go all-in on Chinese stocks, but the current upside seems asymmetric for an allocation to Chinese tech – Alibaba in particular.

Is Alibaba a Buy or Sell?

Many of the people shorting Alibaba seem to be hedge funds and momentum traders. Prominent longs – Alibaba value investors like Charlie Munger and Mohnish Pabrai are known for being patient, having long time frames, and earning superior returns over time. I think the value investors are onto something here with Alibaba, and I think the shorts will be out of their positions soon if they aren’t already.

I believe that Chinese regulatory risk is mostly priced in. Alibaba’s accounting isn’t perfect, but I think market participants exaggerate the difference between the accounting of large-cap tech in China and its cousins in America. These factors allow investors to earn a large equity risk premium (through the low valuation) while getting earnings growth at or near 20 percent annually. With these in mind, a small allocation to Alibaba, as well as other Chinese tech companies (NYSEARCA:KWEB) makes a lot of sense to me. There’s an old saying on Wall Street to “never catch a falling knife,” and with Alibaba stabilizing here, I think that now is as good of a time as any to buy. I don’t know if Alibaba will hit my $500+ price target in the next few years, but even if it doesn’t, there is plenty of room for the stock to move higher.

Stronger U.S.-China Ties Could Mark The End Of The Chinese…