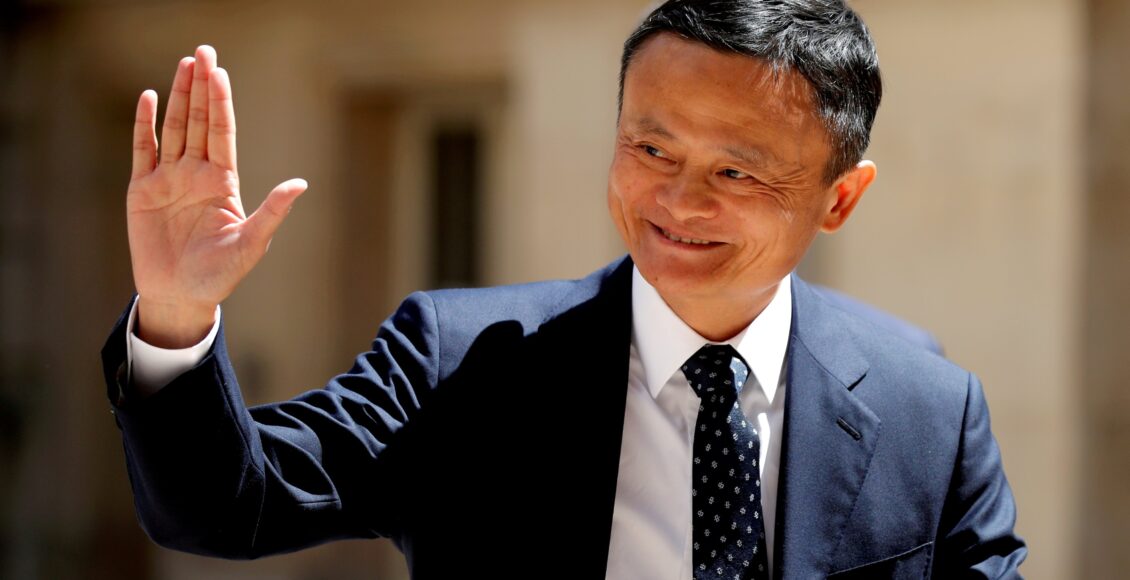 Chinese billionaire Jack Ma of Alibaba is keeping a low profile and has taken up painting as a hobby, while the tech giant he co-founded has put last year’s regulatory troubles behind it, according to his close business partner Joseph Tsai.

In a wide-ranging interview with American media, Tsai said Ma was living a “normal life”, and also weighed in on Hong Kong’s national security law and global prospects for post-pandemic economic recovery.

“I talk to him every day and message him through our internal messaging platform. He is actually doing very, very well. He has taken up painting as a hobby. It is pretty good.”

The formerly outspoken Ma has made only rare public appearances since criticising China’s financial regulatory system last October during the Bund Summit, an event attended by hundreds of bankers and regulators in Shanghai.

Tsai noted that Ma had already stepped down from his chairmanship and CEO role at Alibaba two years ago, and was now focused on hobbies and philanthropy.
“That is what he is, now. He’s living a normal life, after business,” Tsai told the CNBC news channel.

“He is just like you and me, a normal individual. He has built a tremendous company of this scale, and has done great things for society … and today he just wants to focus on something he really wants to spend time on, all the hobbies, the philanthropy, and that’s where he is now.”

Alibaba went through a stormy 2020, with Ma being summoned by national regulators after he likened traditional Chinese banks to “pawn shops” and questioned whether the Basel Accords – a set of global banking regulatory recommendations – were suitable for China.

An initial public offering of Alibaba’s affiliate, Ant Financial, was halted at the last minute the next month.

In December, Beijing launched an antitrust probe into Alibaba, ultimately slapping a record fine of US$2.8 billion on the tech giant for monopolistic practices.
“I think one has to separate what’s happening to Jack, and what’s happening to our business,” Tsai said.

“Our business was under some restructuring, on the financial side of things. And also on the antitrust regulations, we have to pay a big fine, but we have got it behind us.”

On the situation in Hong Kong, Tsai said he believed Beijing was justified in imposing the city’s national security law, speaking from his own experience during the anti-government protests and street violence of 2019.

“Hong Kong used to be a colony around 100 years ago, [after] China lost Hong Kong to the Brits because of the Opium War … this is a very scarring kind of history of China, having foreign powers come in and carve up your territories,” he said.

There’s a lot of criticism of the democratic freedoms or freedoms of speech that have been suppressed. But overall, since the imposition of the national security law, everything is now stabilised
Joseph Tsai, Alibaba executive vice-chairman

“So if you put yourself in the Chinese people’s mindset, if you’re a Chinese citizen, I look at this history, I want to make sure that we prevent foreign powers from carving up our territories.

“There’s a lot of criticism of the democratic freedoms or freedoms of speech that have been suppressed. But overall, since the imposition of the national security law, everything is now stabilised.”

Tsai, a Mandarin speaker who grew up in Taiwan, recalled that he had personally felt unsafe and was afraid of walking on the streets during the 2019 unrest, as radical activists were targeting anyone speaking the language of mainland China.

“I actually felt physically threatened with these protesters,” he said.

The imposition last June of the national security law banning acts of secession, subversion, terrorism, and collusion with foreign forces had restored stability, Tsai said, and the city remained attractive from a business perspective.

“As now we have more stability, Hong Kong is going to be fine, because it’s a free market economy,” he said.

On the global economic recovery front, Tsai said: “I just came in from Hong Kong, where the economy is terrible. And that’s because the government has been focused very much on the spread of the virus, whereas in the United States, everybody has been focused on vaccinations. The economy is definitely coming back [in the US], it’s going to roar back.”

He said he expected the Hong Kong government to make the same transition soon.

As of Tuesday, only 23.8 per cent of the city’s 7.5 million population had received at least one dose of a Covid-19 vaccine, while 16.2 per cent had taken a second dose.
Mainland China, by comparison, aimed to have a vaccination rate of 40 per cent by the end of June, which Tsai said was a good sign.

Tsai also spoke of efforts to fight anti-Chinese racism, saying US$1.1 billion had been raised through the Asian American Foundation on whose board he sits.

Explaining why he had set up the foundation, he said: “So this happened more than a year ago, I started to notice, sort of rising anti-Asian sentiment, because of Covid. Everybody thinks that Covid came from China, and as a Chinese person, you know, I kind of felt it personally.”

“When I started Alibaba in 1999, the GDP per capita was US$800 in China, today it is over US$10,000. If you talk to a parent in China and ask if their children will have a better life than they are, most of them will say, ‘absolutely yes’. They are going to be educated, able to find a good job and the economy is expanding.”

When pressed further to comment on American business leaders being willing to speak out on human rights in the US but not in China for fear of a backlash from Beijing, Tsai said: “American companies’ CEOs understand this very well, which is, different cultures have different values and mores.

“In China, there are many different values and it has a very different political system, in that one single party dominates the governance of the country, whether you like it or not. There are some great benefits, like, China managed to build terrific infrastructure because there is no politicking around whether you should build a highway from point A to point B.

“So these are all the benefits. The bottom line is you have to look at the results. Are people happy? I look at China, the average citizen is very hopeful about the future, they are happy about where they are.”