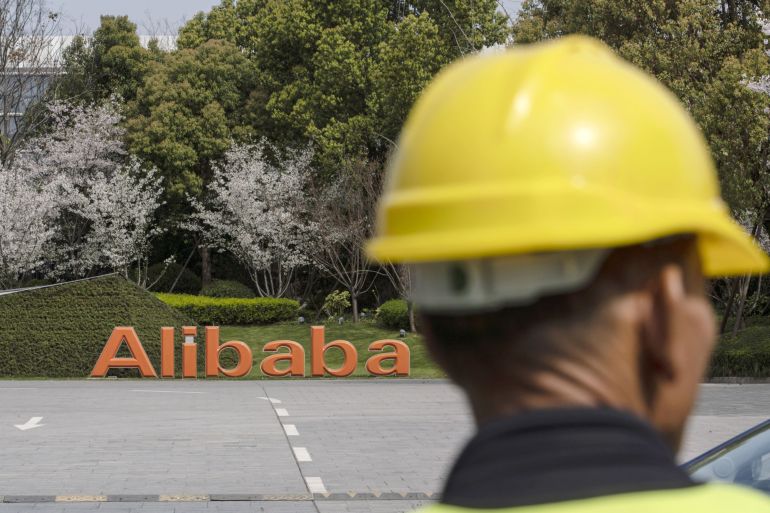 I have been a long-term holder in Alibaba (BABA) stock. I first picked up shares in the business in early 2016 during the first of the many China-induced panics over the last 5 years in the mid-$60 range for my Project $1Million portfolio. I also continued to accumulate the business at points subsequent to that initial buy. However, after an eventful 5 1/2 years of holding, I finally decided to exit the business a couple of weeks ago at around $176.

Alibaba Is A High-Quality Business

Contrary to what long-term bears may think, Alibaba has strong market advantages. In fact, it’s probably easiest summarized as the toll road to digital commerce, digital payments, and cloud consumption in China.

Across its Taobao and T-Mall marketplaces, Alibaba has nearly 900M Chinese consumers who actively engage in consumption on the platform every month. Further, it continues to add users to the platform and has done so the last few quarters.

The business has a compelling foothold as the market leader in China public cloud consumption today, with a market share near 40%, significantly ahead of competitors such as Tencent and Baidu.

Ant is a virtual gatekeeper not only to payment transactions for consumption, but also lending, mortgage origination, and wealth management services for a variety of China’s state-run banks. It represents the digital interface into the Chinese consumer banking system. 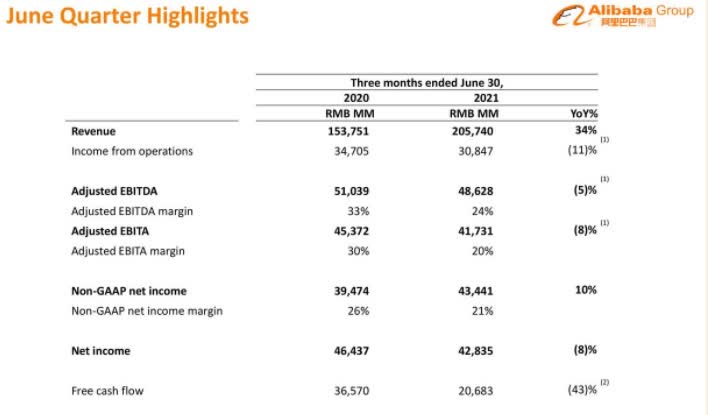 These strong commercial assets are backed by exceptionally good financial discipline within the business. Alibaba is a profit and cash-generating machine, with free cash conversion to revenue of almost 25% and a net income margin of close to 20%, well above most developed market and emerging market peers.

Left to its own devices, Alibaba could and should be an exceptional investment for investors over the next decade. However, there have been a number of things that were troubling me about the Alibaba investment case over the last year.

Recent actions by the Chinese government have started to more meaningfully neutralize some of Alibaba’s market advantages.

The first of these actions was moves against Ant Financial which would now contemplate Ant sharing proprietary consumer data such as risk scoring algorithms and other credit metrics on borrowers to state-owned commercial banks which are originating loans.

This data is a meaningful competitive advantage which Ant used to derive unique insights on Chinese consumers, the likelihood of default, and cross-sell potential for other financial services.

Having to now share this data with commercial banks meaningfully neutralizes Ant’s upside potential and ability to make progress in new financial services businesses. This, combined with coercion from the Chinese government for Ant to steer clear of new financial services has resulted in Ant Financial’s carrying value estimates being cut in half from $300B to near $150B today.

The Chinese government has now also sought to neutralize Alibaba’s e-commerce market advantages, restricting BABA’s ability to tie merchants into exclusive relationships. This will likely have the impact of reducing Alibaba’s attraction as a destination source for exclusive supply.

There have also been moves within the last few weeks to tighten Chinese privacy regulation. While the full impact of this is still not yet clear, it’s not difficult to see that unintended consequence could limit Alibaba’s ability to proactively market to and cross-sell goods and services on its platform to Chinese consumers, which may potentially impact take rate and ARPU on its e-commerce platforms.

China has put its large technology enterprises on notice to be better actors and contributors to Chinese society. An interesting development in the last couple of weeks has seen businesses like Tencent, Meituan-Dianping (MEIT) and Pinduoduo (PDD) contribute the equivalent of 1 to 2 quarters worth of earnings to “Chinese Social progress initiatives”.

While admirable as a positive development to Chinese society, it represents an unwelcome development if these businesses are now forced to consider annualized contributions of this magnitude each year. Alibaba is unlikely to escape the scrutiny and will be expected to do its bit over time.

In President Xi’s 5-year plan, the president outlined a multi-year initiative to promote legislation in “technology innovation and anti monopolies” within the Chinese economy. No clear framework or bounds for the implementation of that regulation was provided.

What has resulted since then is an often steady, daily stream of piecemeal initiatives which are targeted at technology regulation. At the moment, this approach is more death by 1000 cuts, as investors have to anticipate and react to the next moves that may come without a clear timeline and framework in which to assess the scope of such regulation.

Other “SWAN” Impacting Factors With Investment

I’ve increasingly come to value the ability to “SWAN” or Sleep Well At Night with my investments. All of the above issues notwithstanding, the Alibaba investment case has more systematic issues which are just not unique to Alibaba, but investments in US-listed Chinese technology businesses generally.

The slippery slope of the Variable Interest Entity (“VIE”) mechanism for listing of these businesses, which sees investors without actual underlying economic ownership of Chinese stock, but rather contractually agreed access to profits from these businesses, has always been an inconvenient truth of investment in China ADRs.

Additionally, recent SEC scrutiny on the extent and transparency of accounting disclosure and governance and a requirement for US inspection of audits of listed businesses is also materially ramping up.

To be clear, neither of these are new issues and not ones that I believe derail the investment case in Alibaba. I still expect legislated compromise will be achieved on the issue of the accounting disclosure and the requirement for audits to be capable of US audit inspection. The VIE is also a structure that I believe is in the interests of the Chinese government to maintain.

Nonetheless, these issues detract from the overall comfort in the investment thesis in Alibaba.

Alibaba is a truly unique business, with very good long-term organic prospects, if left to its own devices. However, the recent rash of actions taken by Chinese regulatory authorities has given the impression that the business will be subject to more oversight going forward.

The point needs to be made that post IPO returns for BABA investors, in a period which has been largely free of regulation, haven’t been great, with BABA returning materially less than the S&P500. It remains to be seen just how it will perform in a likely environment of significantly more regulatory pressure. 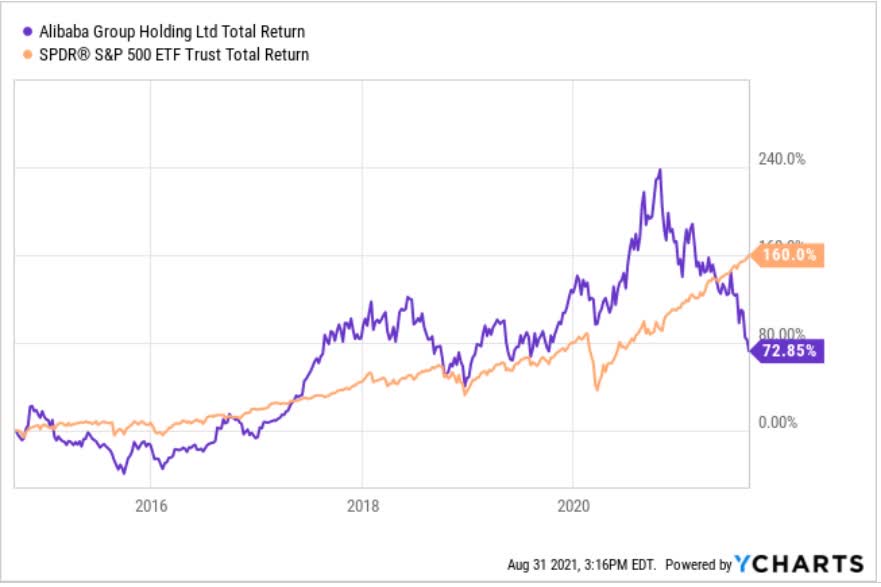 My expectation is that additional actions by Chinese regulators will more systematically strip away some of Alibaba’s unique market advantages. There is no clear timeframe in which regulatory action will take place, with recent announcements and actions appearing with little rhyme or reason. Politically charged US-China relations likely also increases the threat of a delisting at some stage, though I believe this unlikely.

I don’t believe that Alibaba will necessarily be a particularly bad investment for investors going forward at current prices. Rather than the business now looks like it will be refashioned to function more as a utility upon which digital and social transformation in China will occur. Hence, rather than accruing supernormal, monopoly-style profits, I expect BABA to generate more modest profitability and hence deliver steady but not spectacular return to investors.

The range of potential outcomes for Alibaba investors is now much broader than they were just 12 months ago, while there are potentially more predictable places to go in search of market-beating long-term returns.