Alibaba: Why ‘Common Prosperity’ Is Enough To Invalidate Every Bullish Call On The Stock 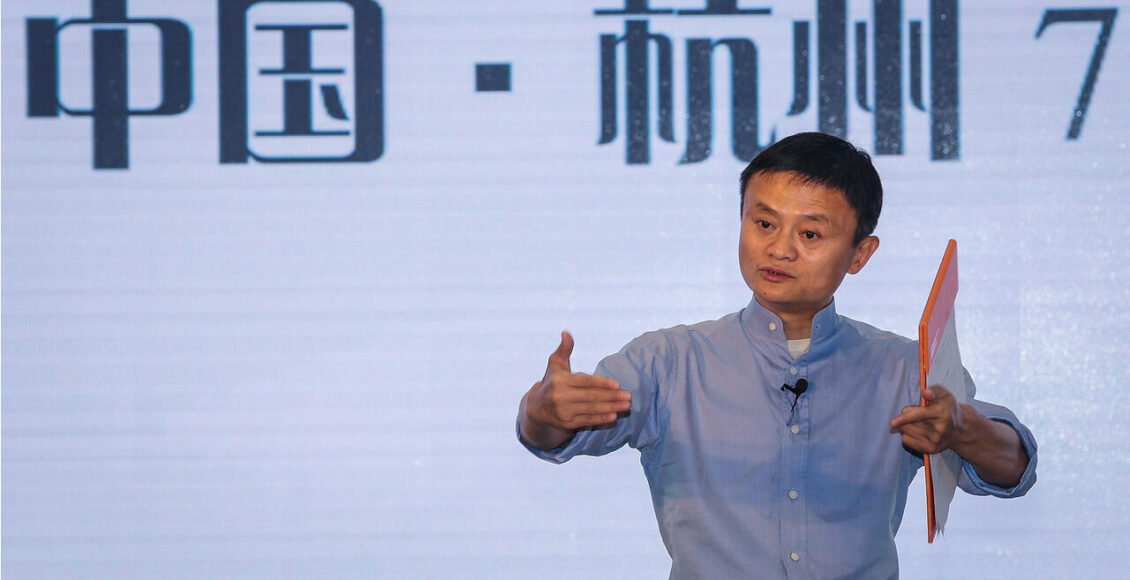 Alibaba’s share price has been on a consistent decline since the Ant Group IPO was shelved at the last hour late last year. The stock’s valuation has been chopped by half since, as it continues to be burdened by growing uncertainties surrounding China’s regulatory landscape.

Fear of contagion risk, China Evergrande Group’s worsening debt crisis, slowed economic growth in China, coupled with Alibaba’s recent decision to sell its entire stake in a local media network has sent the share on an even faster and steeper decline. Alibaba fell to a new 52-week low record at $148.08 upon market close on September 24th.

We recognize that Alibaba sure does look like a real attractive buy at current price levels, especially with a strong fundamentals outlook ahead. And the bulls have a point – as China’s largest e-commerce platform, with established operations across other high-growth business segments including cloud-computing and digital payment and lending solutions, maybe the stock has a shot at returning to its former glory once the regulatory overhauls are over.

At the end of the day, Alibaba’s stock price has already fallen through the $152-level which we consider to be reflective of Alibaba’s intrinsic value given the uncertain operating environment it has found itself in. So shouldn’t now finally be a reasonable dip to load some Alibaba stocks?

But those still standing on the sidelines and mulling over the potential outcomes of China’s regulatory crackdowns should not be making hasty decisions and overlook China’s key national goal – common prosperity – which sits at the core of its political agenda. Common prosperity, a term first introduced by Mao Zedong in 1950s, has been reintroduced and used time and again under President Xi’s government this year, setting into motion a series of crackdowns and regulatory overhauls in the name of the rhetoric.

Although there may be a myriad of valid reasons to initiate a long position on the Alibaba stock right now, China’s reintroduction of common prosperity alone should be enough of a reason to stay away. Thinking Alibaba could return to its former glory at the $300-level would be akin to a wild bet given what lies ahead in the name of common prosperity remains a big question mark. It is also likely that the national move towards restoring common prosperity will eradicate the widening “rich-poor polarization”, and Alibaba will no longer stand out as the industry leader once the sector becomes leveled.

While the Alibaba stock may contest newer lows and remain volatile in the near term in response to any and all news on China’s regulatory and economic developments, our stance remains neutral and hold-rated on the stock. When the ongoing fiasco is set and done, the $150-level is where we think the stock will settle. 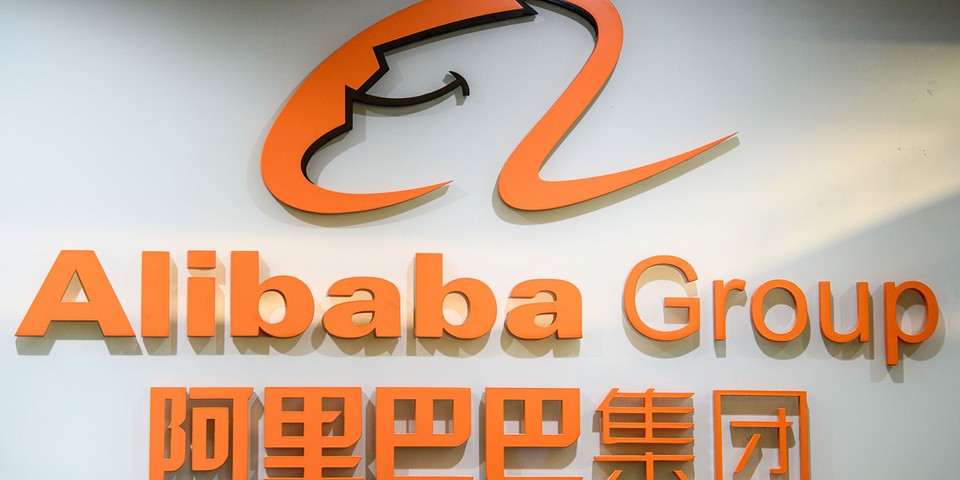 What is Common Prosperity?

The frequency of President Xi’s use of the phrase “common prosperity” has more than doubled this year as the Communist Party hurries to keep the widening wealth disparity under control. While China’s economy has grown into the world’s second-largest over the years, its wealth gap has also increased significantly – the wealthiest 20% in China currently earn more than 10x the bottom 20%.

Common prosperity calls for a levelling of wealth to ensure everyone has fair and efficient participation in China’s economic advancement. The narrative has been implemented to different extents in each preceding Chinese leadership:

Common prosperity put into practice under President Xi’s leadership has already led to new tax reforms, social policies, and crackdowns on “illicit” business practices. The calls have been collectively aimed at redistributing wealth from the pockets of the rich back to medium- and low-income earners while also making way for the development of small- and medium-sized enterprises.

Here are some of the top reasons to give the Alibaba stock a shot which we have gathered from Alibaba bulls in recent months. While we believe these to be valid reasons under any normal circumstance, investors should not overlook the role that common prosperity has to play in each of these scenarios:

As analyzed in detail in one of our previous coverages on the stock, Alibaba is built on a foundation of high-growth opportunities, underpinning strong fundamentals ahead. Our base case projections anticipate consolidated revenues to grow at a compounded annual growth rate (“CAGR”) of more than 19% towards RMB 1.7 trillion ($268.7 billion) by fiscal 2026.

Much of this growth will be driven by Alibaba’s core commerce operations, which currently dominants China’s e-commerce sector. Despite China’s overall decrease in consumer spending during the pandemic, e-commerce sales have surged by 14.8% in the last 18 months, indicating continued demand for digitization in consumer habits in the growing economy. Chinese demand for e-commerce is expected to accelerate at a CAGR of more than 12% over the next five years, and account for more than half of the global e-commerce market share. These favourable market trends will continue to make strong tailwinds for Alibaba’s core commerce business, which is already at the helm of the broader Chinese e-commerce sector.

Alibaba’s engagement in cloud computing is another significant driver of its strong fundamentals outlook, as global enterprises transition from legacy IT infrastructures to the cloud for greater efficiencies. Alibaba Cloud is currently the world’s third-largest “Infrastructure as a Service” (“IaaS”) provider and China’s leading public cloud services provider. The Chinese tech giant’s businesses in digital media and entertainment are also expected to benefit from the advent of technology like mobile internet and portable smart devices, which have enabled online access anywhere and anytime.

Yet, common prosperity will call for these upsides to be redistributed through donations, taxes, and indirect divestitures. And Alibaba is already caught in the early stages of such as we speak. Alibaba has already warned investors last month that the preferential 10% tax rate it had benefited from over the years will soon revert towards the standard corporate income tax rate in China of 25%. The announcement comes after recent publications by state-media outlets calling on local governments to curtail tax incentives for software companies and gaming companies, considering they have now grown out of the need for preferential treatment.

The Chinese government’s reiterated call for common prosperity has also prompted Alibaba to shell out RMB 100 billion ($15.5 billion), contributable over five years, towards “technology investment and support for small companies”. Accounting for more than 34% of Alibaba’s current cash position, the $15.5 billion pledge places direct pressure on the company’s balance sheet going forward. And Alibaba’s favourable fundamentals prospect ahead will likely only create a “rinse and repeat” cycle, where any disproportional cumulation wealth would need to be recontributed back into society to ensure equitable growth.

The Chinese government’s recent scrutiny over the digital media sector and crackdown on networks that “cultivate star worshipping” have also impacted Alibaba’s digital media operations. This comes as no surprise, as common prosperity also applies to promoting well-being in cultural terms. The same ideology stands behind China’s recent crackdown on the mobile gaming sector, calling it a “spiritual opium” that is leading to the demise of Chinese youth. The latest development includes Alibaba’s decision to sell its 5.01% ownership interest in Mango Excellent Media Co., shortly after having invested in the media network just under a year ago. And as common prosperity calls for tougher scrutiny over unhealthy influence stemming from digital media, there is a reasonable chance that Alibaba might divest from the sector altogether.

But Alibaba is not cheap without a reason. Alibaba is not just traded at lower multiples right now as a mere response to broader uncertainties pertaining to China’s regulatory landscape and economic future. Instead, Alibaba is situated at the core of these impacts, taking direct pressure from every change that China’s common prosperity rhetoric calls for.

While the stock may look like a bargain now, there is a probable chance that current valuations could become permanent when the regulatory reforms are over. And the ongoing restructuring of Ant Group foreshadows such fate for Alibaba. For the most part, regulatory changes ordered on Ant Group have not impacted the business from a fundamentals point of view, but the transition from a fintech company to a financial holding company has weighed significantly on its valuation. And even so, Ant Group has yet to meet the liking of Chinese regulators for a green light on its impending IPO. The latest call for an Alipay breakup from Ant Group, and a requirement for all loan application data be submitted for review and approval by a state-backed credit scoring joint venture also bolsters the impediments ahead for Alibaba, and dims the chances for its businesses to return to where they used to be.

3. China Will Not Let the People’s Favourite Fail

No, China will not let Alibaba, a favourite amongst its population, nor the Chinese tech industry fail. The ongoing crackdowns spurring from the national movement towards common prosperity are not meant to stymie growth within the broader tech sector, nor “killing the rich to help the poor”.

Alibaba has played a starring role in growing China’s tech scene over the past decade. Starting off as a business-to-business e-commerce platform, Alibaba has single-handedly made international trade a much easier endeavour, breaking the barriers that had once kept small suppliers and manufacturers within China from doing business with overseas merchants. To date, Alibaba has grown into a global e-commerce platform, and China’s largest, accounting for close to 70% of domestic e-commerce market share in 2020. Alibaba, to a great extent, was China’s technology pioneer. Since its early dabble within the internet sector, Alibaba also gradually expanded into other endeavours that comprise of digital media, cloud computing, mobile payment platforms, digital lending, and other innovative tech initiatives.

But the bigger and wealthier Alibaba is, the more important it becomes for the Chinese population and economy. This subjects common prosperity to rising risks of over-reliance on Alibaba’s continued success and creates a vicious cycle that goes against the very core philosophy that the rhetoric preaches – an equitable opportunity to be prosperous and wealthy for all.

While it would not be reasonable for China to put Alibaba away for good with new harsh policies, common prosperity would demand that the growing wealth gap be reduced and concentration of power be redistributed. And this aligns with regulators’ recent call for tech giants like Tencent and Alibaba to dismantle the invisible walls around their respective platforms, introduction of the digital yuan, and restriction on the use of “merchant exclusivity arrangements”, which have all been implemented to make room for less prominent enterprises to participate in the high-growth opportunities within the tech sector. With these new changes, and potentially more to come, Alibaba would no longer benefit from the favourable business strategies and first-mover advantages it had once relied on to support high valuations.

Common prosperity will eventually demand Chinese big tech to level with less developed peers and make way for new entrants. While common prosperity is not meant to stop Alibaba from growing altogether, it will restrict the company to slower growth going forward by turning Alibaba’s competitive advantages into common advantages that can be used to support the development of small- and medium-sized enterprises. And this could mean Alibaba’s current valuation will remain an indefinite fact when the reforms and crackdowns are set and done.