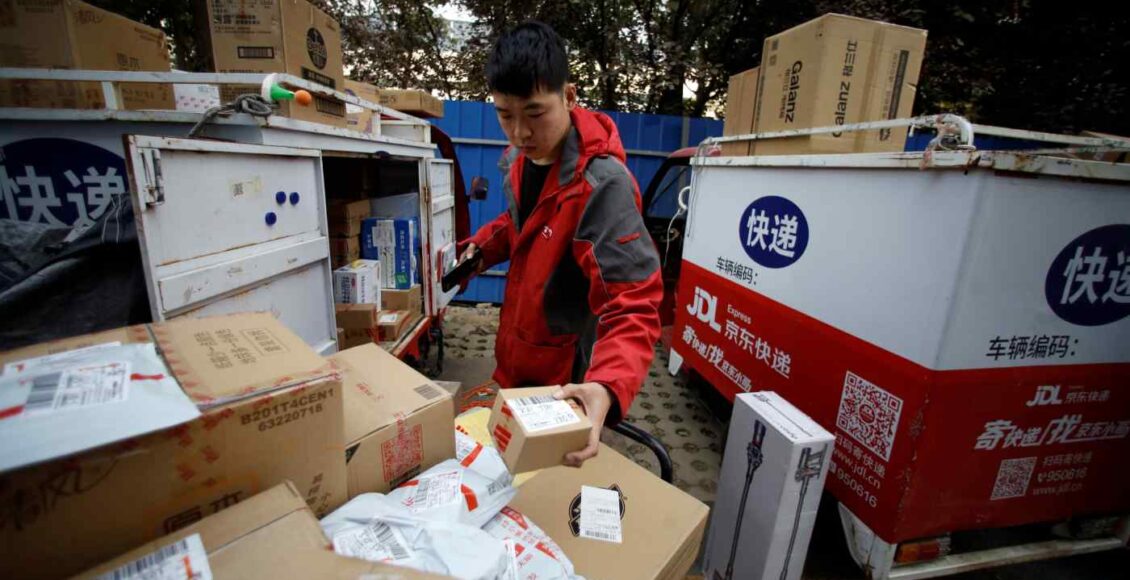 China’s crackdown on Big Tech has shifted the balance in the country’s e-commerce market, with JD.com and Pinduoduo continuing to thrive while industry leader Alibaba Group Holding bears the brunt of the damage, earnings releases show.

While all three companies face the same regulatory environment, Alibaba has come under particularly heavy pressure over its business practices — to the direct benefit of its rivals, especially JD.

JD Retail CEO Xu Lei seemed to take a jab at Alibaba in JD’s earnings call Monday. The new rules aim to “regulate misconduct such as disorderly capital expansion [and] monopolistic contacts” and “create a fair and orderly business environment and to promote long-term and sustainable development,” goals that are “conducive to JD’s long-term business growth,” he said.

Perhaps the biggest reason was the government’s squeeze on Alibaba.

Regulators in April slapped Alibaba with a record fine topping 18.2 billion yuan ($2.8 billion) for violating antitrust law, finding that the behemoth had for years pressured merchants that sold on its platform not to do business with such competitors as JD.

Without these constraints, Alibaba-monopolized brands like Starbucks and luxury conglomerate LVMH Moet Hennessy Louis Vuitton’s portfolio were free to set up shop on JD, which reported 531 million users at the end of June — up nearly 30% from a year earlier.

Also benefiting from the shifting landscape is Pinduoduo, which on Tuesday reported a 2.4 billion yuan net profit for the three months through June to enjoy its first quarter in the black since listing on Nasdaq in 2018.

Pinduoduo is the latest entrant into what has only recently become the big three in China’s e-commerce sector. Alibaba had ruled the roost until 2019, with JD working to catch up. But last year, the 5-year-old Pinduoduo became large enough to emerge as a threat.

Pinduoduo made good use of the WeChat messaging app from major shareholder Tencent Holdings to market affordable products in smaller cities and rural areas. Its user base has grown explosively in recent years, swelling 24% in the year through June to nearly 850 million — larger than Alibaba’s.

The company had been investing heavily in expanding its customer base through big sales events, with profitability as an afterthought. As it starts turning to recouping this spending, it could become an even bigger force.

Revenue nearly doubled on the year last quarter, and according to an insider, the move into the black came as a surprise to market players. Pinduoduo shares jumped 22% on Nasdaq on Tuesday.

Despite their current strength, some uncertainty surrounds the outlook for JD and Pinduoduo.

While JD’s mainstay e-commerce business enjoyed strong growth, overall net profit sank 95% on the year as such other areas as logistics weighed heavily on earnings. The company complied with regulators’ demands to improve drivers’ compensation, pushing up costs for pay and benefits and pushing the business into the red.

Pinduoduo CEO Chen Lei acknowledged when asked on Tuesday’s call that the regulatory changes could have some impact, including on merchant demand for advertising tools.

But Alibaba is in the toughest position. Its operating profit sank 11% on the year last quarter, and new compliance challenges are still emerging.

In an unusual internal message to staffers on Aug. 8, CEO Daniel Zhang said he was “shocked, furious and ashamed” over allegations that a male employee had sexually assaulted a female subordinate.

Another message on Aug. 12, this time from the company, announced steps to prevent such incidents in the future, such as setting up an internal reporting system. But Alibaba was lambasted in Chinese media for days over its delays in dealing with the matter.

A different sort of governance problem came to light Monday with the news that an Alibaba Cloud employee had allegedly leaked personal customer data. Authorities in the company’s home province of Zhejiang have launched an investigation.

Alibaba remains more profitable than the competition for now. But change can be quick in the Chinese e-commerce industry, and a misstep in its response to these tribulations could leave JD and Pinduoduo hot on its heels.

Alibaba invested supermarket in Shandong Province is fined by regulator

Chinese firms should face faster US stock delisting over…