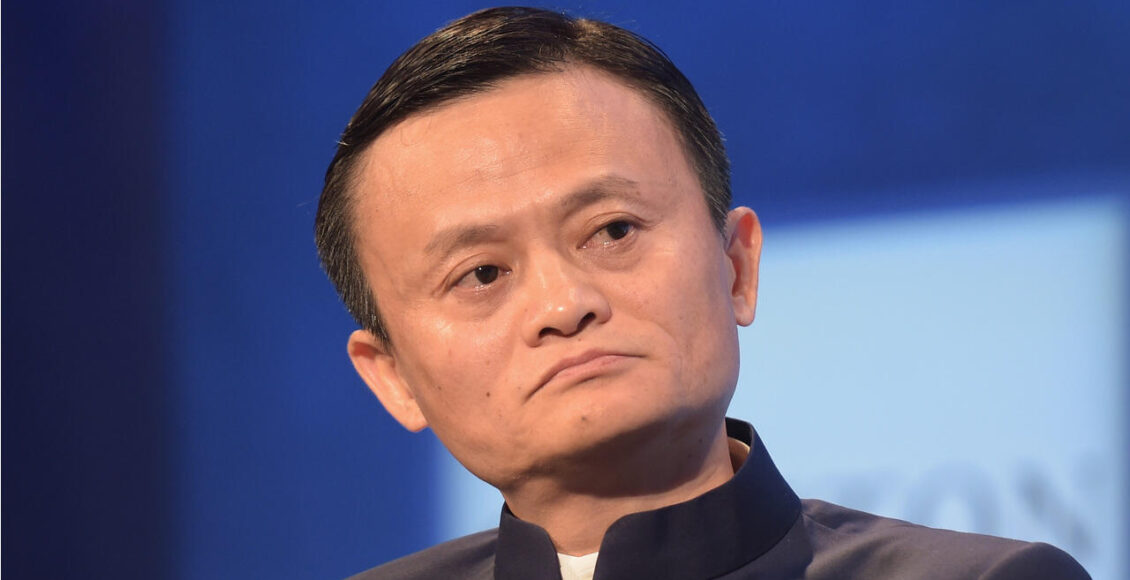 Alibaba Group stock has given investors a nerve racking ride in 2021. Down 30% for the year, it has taken quite a beating. While American tech stocks have been rallying this year thanks to a string of earnings beats, their Chinese peers haven’t been doing as well. Between the Chinese Communist Party’s (CCP) tech crackdown and concern over the COVID-19 Delta Variant, there have been many headwinds.

It’s in this environment that BABA finds itself today. Its most recent quarter was mixed, missing on revenue but beating on earnings. Investors mostly took the earnings news as a negative, selling the stock after they were announced. The 34% growth in revenue not only missed but was largely thanks to the consolidation of a subsidiary. The core eCommerce business grew sales by only 22%, far below expectations.

The above are some commonly given reasons why investors are wary of Alibaba in 2021. China’s tech crackdown has affected Alibaba, as it resulted in a $2.8 billion fine, and the lukewarm earnings results probably didn’t help. So BABA is facing some serious headwinds in 2021.

There’s also more of a perennial “headwind” that investors are beginning to talk about:

The company’s status as a Variable Interest Entity (VIE).

When you buy stock in BABA, you technically don’t own shares in Alibaba Group itself, but in an offshore shell company that has a claim to its profits. If you buy BABA on the New York Stock Exchange, you are buying ADRs that in turn have a claim on the Alibaba VIE. If you buy Alibaba as ‘9988’ on the Hong Kong Stock Exchange, you own a stake in the VIE directly. BABA shares are convertible to 8 shares of 9988. Either share represents ownership in a VIE, not the company itself.

That presents some challenges. VIEs are not technically ownership claims on companies but contractual agreements to part of their profits. This means that BABA shareholders have no vote, and no direct ownership in the company’s assets. Some have speculated that the CCP could ban VIEs, leaving Western shareholders holding the bags. On the whole, Alibaba’s VIE structure is a real risk. Nevertheless, I will develop a bullish thesis on BABA in this article, arguing that the CCP can’t practically ban offshore VIEs, and that BABA’s strong profitability and long term growth make it a worthy play even through vehicles like ADRs and VIEs. 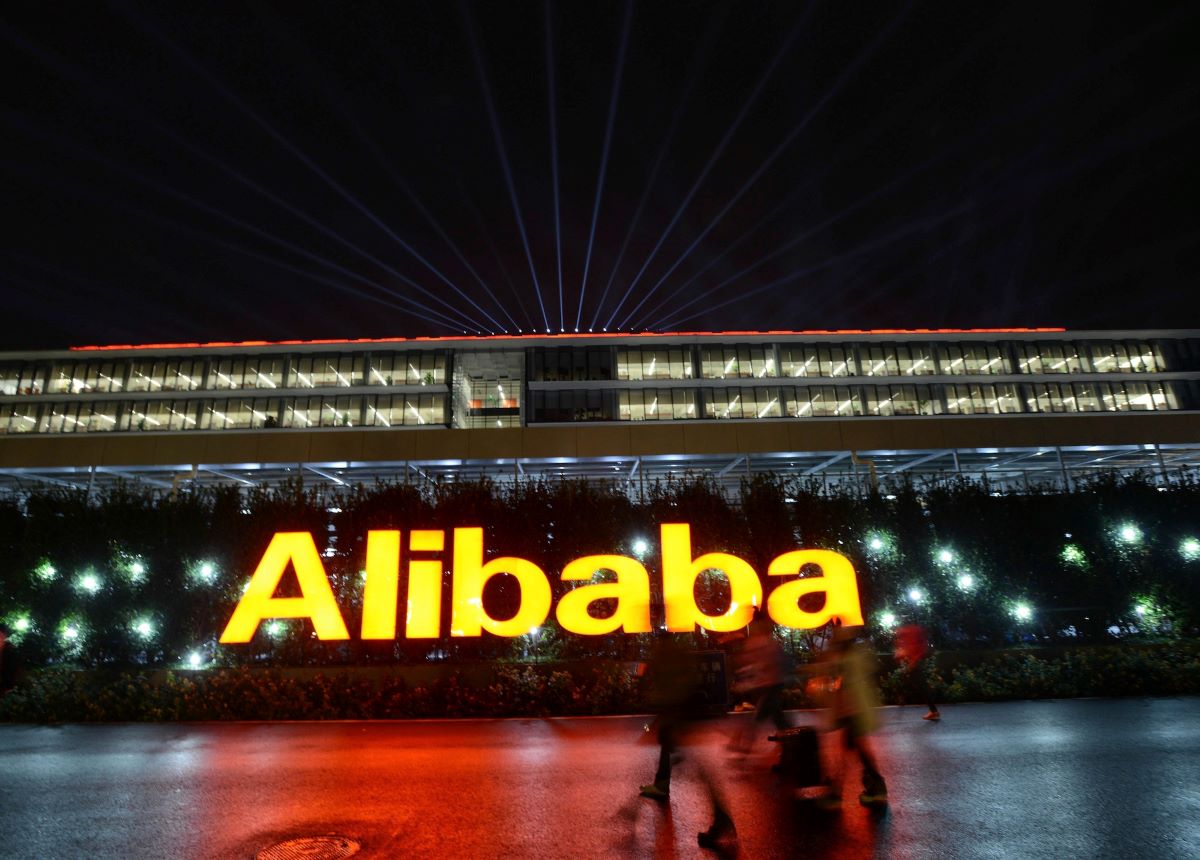 What a VIE Is

According to the Financial Accounting Standards Board (FASB), a VIE is an organization where equity doesn’t confer voting rights. A VIE has a legal contract with a business entitling it to a share of revenue/profit. It doesn’t have a direct ownership stake in the business itself. Because VIEs don’t technically own the company they’re entitled to the profits of, they are unlikely to recover anything in the event of bankruptcy. Bond holders get paid off before stock holders, and preferred stock holders are paid before common stock holders (who usually don’t get paid anything). It’s not clear that VIE holders would ever recover anything even if some value was left after common shareholders were paid. The definition of the term VIE seems to imply that they don’t. And at any rate, VIE holders don’t get a vote, so aren’t able to influence the insolvency proceedings in any way.

Because VIE holders have zero say in the way the underlying company is run, they face a number of risks. The biggest risk is having the VIE structure itself declared illegal in court and ending up with nothing. Another risk, as touched on earlier, is ending up with nothing in the event of insolvency. In Alibaba’s specific case, these risks manifest in two possible scenarios:

An important thing to keep in mind about Alibaba when contemplating its nature as a VIE is the fact that the entire Chinese tech industry is in the same boat. If you look at Alibaba’s two largest Chinese competitors, JD.com and Pinduoduo, they are both VIEs, so if you’re going to invest in China either way, Alibaba isn’t uniquely risky compared to the alternatives.

As far as industry position goes, Alibaba has quite an admirable place among Chinese eCommerce firms. Its the second largest between itself, JD and Pinduoduo by revenue, and by far the largest by profit. Its profit margins are vastly superior to those of JD.com. As for Pinduoduo, that company only sells agricultural goods, so it competes with part of BABA’s business but not the whole thing. Neither JD nor PDD does as much exporting to U.S. buyers as BABA does, so the latter enjoys a solid competitive position in supplying to U.S. drop shippers. So the company enjoys a solid competitive position in Chinese tech, and may continue to grow with the Chinese economy.

Having established the significant legal risk Alibaba faces right now, it’s time to get into the bullish part of my thesis. I am long BABA, so obviously there is something I like about it. That “something” is quite simply the fact that the stock is an extraordinary “Growth at a Reasonable Price” (GARP) play, and is an almost unbelievable value if you’re going off just financial metrics and not thinking about the legal/political side of things.

The lower operating income might look concerning but it’s not really. Like Amazon, Alibaba is investing heavily in growing its businesses and buying up competitors. Specifically, it’s using proceeds from its core eCommerce business to support its newer businesses and pay for acquisitions. This spending is taking operating income lower in the short term but it should pay off once these businesses become profitable themselves. The cloud business was actually profitable in adjusted EBITDA terms in the most recent quarter, so there’s hope that these investments will pay off soon.

These were excellent numbers as well. Again, operating income was the weak point, but when you consider that Alibaba booked a $2.8 billion fine in fiscal 2021 (a non-recurring expense), these numbers look like a win. And they’re consistent with the long term averages. According to Seeking Alpha Quant, BABA has the following five year CAGR rates in revenue, net income, EPS and cash flow:

This shows us is that Alibaba’s recent growth was no mere fluke. It was part of a long term trend that stretches back five years. Of course, with BABA getting as big as it is, deceleration is a real possibility. As Warren Buffett likes to say, size is the anchor of performance: nothing can grow at 50% annualized forever. Base effects make it harder and harder with each passing year. But BABA could continue to grow sales at 30% or more going forward, based on the results of comparable companies like Amazon. If BABA grew its revenue by 30% over the next five years, revenue would grow to $404 billion. That would take it close to Amazon’s revenue level, yet BABA has a much, much more modest valuation than Amazon does, as we’ll see in the next section.

We’ve already seen that Alibaba has extremely strong growth. Its key sales and profit metrics are up by high double digits in the last quarter, fiscal year, and five year period. Given this, you would expect Alibaba to trade at an inflated price in the market. But that’s not actually the case.

To prove that, let’s look at some of BABA’s valuation metrics.

First, the P/E ratio. According to Seeking Alpha Quant, it’s about 16.7 based on adjusted EPS, and 20.7 based on GAAP EPS. Seeking Alpha’s adjusted earnings exclude one-time non-recurring events (like the recent $2.8 billion fine), so naturally adjusted EPS is higher. Whichever earnings metric you think is better, BABA’s P/E ratio is far lower than Amazon’s 55.8.

Next, let’s look at the price/sales ratio. This is about 3.9. This one is actually comparable to Amazon’s, but is higher than other Western tech companies like Microsoft and Apple. Those companies’ price/sales ratios are 13 and 7.1, respectively.

Now, the price/book ratio. It’s a mere 2.4. That’s not only far lower than Amazon, Microsoft or Apple, it’s actually getting close to traditional value stock territory. It’s not unheard of at all for defensive stocks to have higher price/book ratios than BABA does. For example, the utility stock NextEra Energy has a 3.84 multiple to book value.

Last but not least, we have the price to cash flow ratio (using cash from operations). For Alibaba, it is a mere 14.1 for the trailing 12 month period – solidly in value territory. For Amazon it’s 27.3, for MSFT it’s 28, and for AAPL, it’s 23. So, BABA easily beats these tech giants on price/cash flow (and most other value metrics), yet it’s growth is easily comparable. Overall, this stock is definitely looking undervalued relative to its American peers.

It’s a high-growth, low multiple business that has gotten almost absurdly cheap in recent months. At today’s prices, it’s approaching value stock territory, and it may not be done with the correction it’s in the midst of. The problem, of course, is that it’s facing enormous political risk. We’ve got China cracking down on its tech companies while most of them are trading from the Cayman Islands using a legal structure that the CCP does not like at all. As long as the CCP tech crackdown persists, this stock will provide a rocky ride. But the solid fundamentals provide hope for strong returns once everything works itself out.