Alibaba Jumps as Much as 9.1% in Hong Kong in Broad Tech Rebound 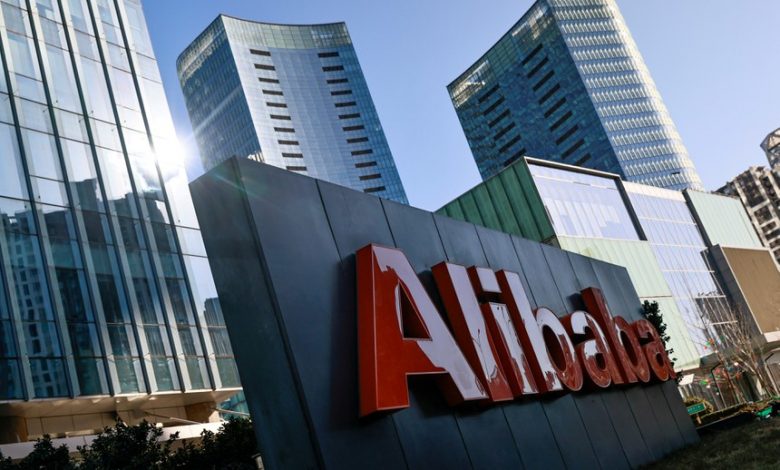 Shares of the e-commerce giant advanced as much as 9.1%, the biggest jump in seven weeks, tracking a rally in its American depositary receipts. The stock – which dropped to a new low on Monday – was the largest point contributor to the Hang Seng Tech Index, which gained as much as 2.7%. The benchmark Hang Seng Index climbed 1.7%.

China’s central bank announced late Monday it will reduce most banks’ reserve requirement ratio next week, unleashing 1.2 trillion yuan ($188 billion) of liquidity. The move is seen as a sign of policymakers’ concern over economic growth, raising hopes for more easing measures to follow and even for the tech crackdown to near its end. 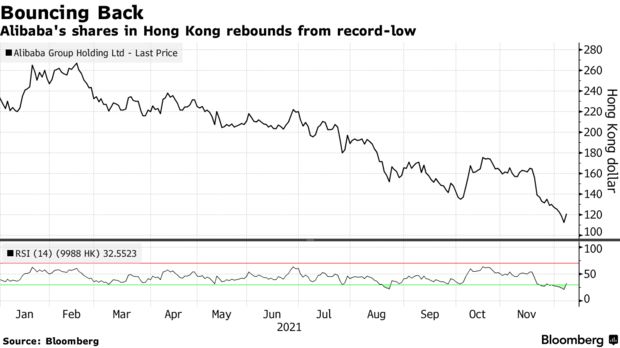 Tuesday’s rebound came after Alibaba’s Hong Kong shares fell in the previous session to the most oversold level since its 2019 listing. Its valuation dropped to a record low of 12 times 12-month projected earnings, making it one of the cheapest stocks in the Hang Seng Tech Index.

Its stock slumped 58% through Monday from a February high, with declines accelerating over the past month after it reported disappointing earnings for the September quarter. Didi’s decision to pull from the New York Stock Exchange also added pressure on shares of other U.S.-listed Chinese firms on fear that they could follow suit.