Alibaba Drops Amid Signal Some Investors May Be Poised to Sell 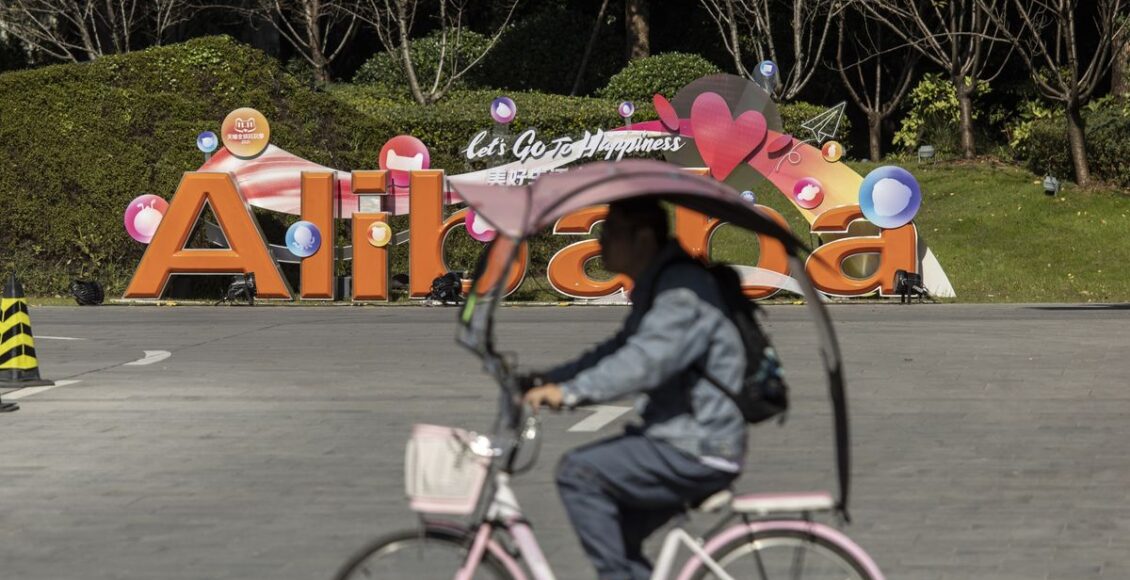 Alibaba Group Holding Ltd. shares dropped the most in more than three weeks amid concerns that some investors may be about to cut stakes after swapping their U.S. holdings for Hong Kong-listed ones.

The stock fell 3.3%, after data showed a sharp rise in the number of Alibaba American Depositary Receipts being converted into Hong Kong shares last week. Alibaba holdings under registration within Hong Kong’s Central Clearing and Settlement System increased by about 724 million shares, according to stock exchange data as of Thursday, which was released Friday.

The move may signal that some players could reduce their stakes soon, said Steven Leung, executive director at UOB Kay Hian Hong Kong Ltd. Previous conversions of a similar scale have been followed by periods of share price declines, according to data compiled by Bloomberg. 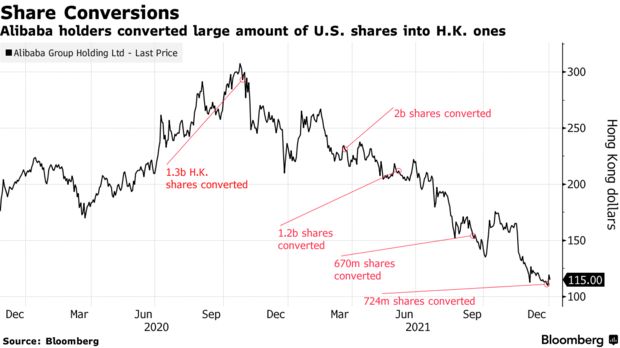 In September, Alibaba holders converted ADRs into about 670 million Hong Kong shares in a day. The stock dropped nearly 13% over the following 10 trading days, according to Bloomberg calculations. It also declined after about 1.2 billion and 2 billion shares were converted respectively in June and March last year, data show.

The conversions come as Chinese companies listed in the U.S. face stricter disclosure requirements by Washington, which is moving further on efforts to delist companies that won’t open their books to U.S. scrutiny.

Alibaba is also grappling with a regulatory crackdown at home, contributing to a share price decline of 49% last year. Beijing’s months-long move on the technology sector, targeting areas including monopolistic practices and data security, has hurt investor sentiment.

What’s next for China-US after phase-one trade deal?