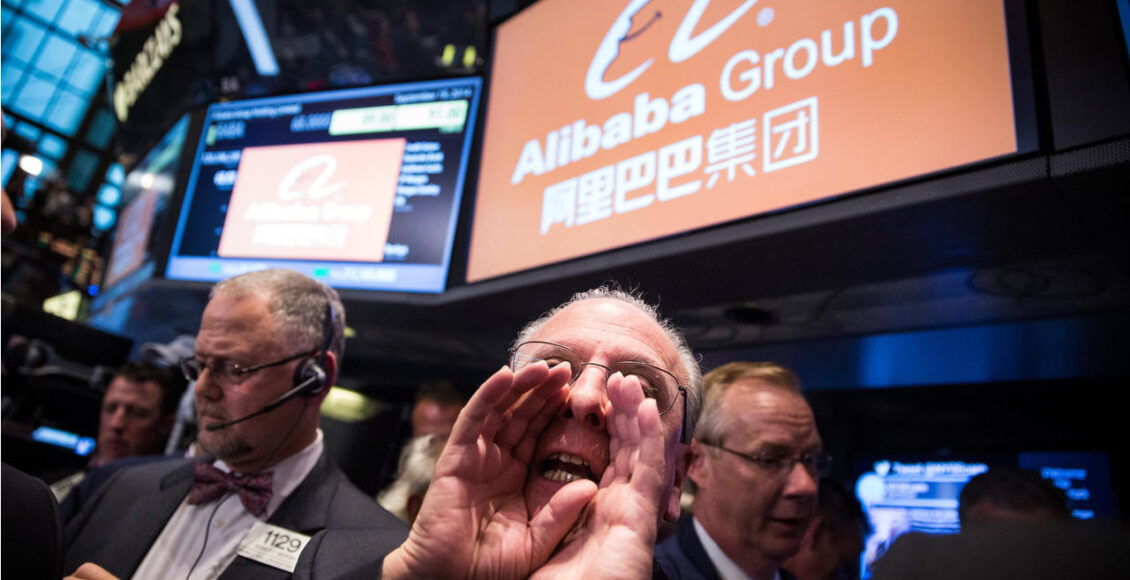 Alibaba’s stock has been negatively affected in recent quarters due to the actions of the Chinese regulator, which imposed a record fine on the company and started to strengthen its grip over China’s tech sector. While for now, Alibaba made peace with the regulators and investors such as Charlie Munger began to double down on the company and accumulate more shares, there are still several political risks that make it risky investing in the tech giant, even though its business is undervalued at the current levels. On the one hand, there’s still a risk that the Chinese government will impose new regulations on its biggest companies and decides to crackdown on businesses that used the VIE structure to get access to the US capital markets. On the other hand, there’s a risk that the worsening of relations between China and the United States could lead to the latter imposing its own sanctions on China-based publicly traded stocks. All of this could lead to the delisting of Chinese companies from the US exchanges, which will make it worthless to invest in Alibaba for the long term.

In my latest article on Alibaba, I’ve noted that the move against the company by the Chinese government was politically motivated. By imposing a record fine and strengthening its grip over the entire sector the Chinese Communist Party sent a signal to everyone else that the landscape in which all the tech conglomerates were operating for decades is changing. In order to survive and thrive in this new world order, businesses now need to ensure that all the data that they collect is located on servers on Chinese soil, and at the same time, they need to comply with new regulations that are making it harder to get access to the US capital markets. Considering this, it’s safe to say that more pressure on domestic companies such as Alibaba will be imposed by the Chinese regulators in the foreseeable future.

One of the laws that was recently passed is called Data Security Law, which went into effect on September 1. According to it, China will start to categorize data that companies collect and define a national core data, which is data that has key national security and economic lifelines. In addition, another law called Personal Information Protection Law went into effect on November 1. Its goal is to prevent the misuse of data and implement stricter consent and regulation rules. Both of those laws will require companies to start categorizing data, complying with the new rules and what’s important is that the Cyberspace Administration of China now has the right to oversee their implementation.

Considering that Alibaba is arguably one of the biggest collectors of data on Chinese soil, as more than half of the Chinese population uses some of its apps or services every day, its business is more than likely going to be affected by these changes. There is already news that some of its apps were ordered to rectify violations this past week and there’s a high chance that this is not the last time we hear such news. With all of those developments in mind, it’s safe to assume that the pressure from Beijing is not going away, as the state now has even more control over the tech industry and Alibaba in particular than before.

Another problem is that Alibaba likely had no choice but to accept the Common Prosperity idea, which was reintroduced by Xi Jinping recently. Its goal is to have an equal distribution of wealth across all members of Chinese society. To achieve this goal, Alibaba agreed to spend $15.5 billion, which equals to around 20% of its liquidity at the end of the recent quarter, over the next few years on supporting small Chinese enterprises. In addition, its taxes have also been raised and the company expects its effective tax rate to increase from 8% a year ago to up to 23% to 25% in FY22. Considering all of this, we could see that it had become more challenging for big companies to do business on Chinese soil, as the state continues to get more involved in its affairs.

What’s worse is that average non-Chinese investors are not going to be protected against all of those changes and could even become the next target of Beijing. Let’s not forget that Alibaba used a variable interest entity (VIE) structure to access US capital markets since it’s illegal for foreigners to directly invest in major Chinese businesses. Under the VIE structure, investors who buy Alibaba shares on US exchanges don’t buy the Chinese Alibaba with all of its underlying business, but rather purchase a stock of a shell company from the Cayman Islands, which has a claim for the share of profits and assets of the underlying business. The problem is that China uses the civil law system, in which such claims are worthless since they allow foreigners to own Chinese assets, which is prohibited by the law in the first place. Therefore, nothing stops Beijing from closing the VIE loophole in its entirety in an instant leaving all of those who invested in Alibaba through a US exchange with nothing.

Pressure From The United States

China’s crackdown on Alibaba served as a catalyst for the US government to take action as well. This summer SEC implemented new disclosure requirements that target VIEs. Under the new rules, companies that use the VIE structure need to extend their risk commentary and warn investors of all the downside of investing in VIEs. The executive branch of the government took an action as well and through an executive order banned US investors from investing in 59 Chinese entities. As for the US Congress, in late 2020 it passed the Holding Foreign Companies Accountable Act (HFCAA). Under the legislation, the Public Company Accounting Oversight Board (PCAOB) has the authority to oversee foreign audits and demand from foreign auditors of public companies to open up their books. If companies don’t comply with PCAOB requests for three consecutive years, then they will be delisted from the US exchanges.

On top of that, the House Committee on Financial Services Subcommittee held a hearing recently on VIEs, where Alibaba was frequently mentioned. The Subcommittee considered decreasing the time which required companies under the HFCAA to comply with PCAOB requests for an audit or be delisted from three to two consecutive years, while the SEC last Thursday approved Rule 6100 that establishes a framework under which PCAOB will operate. As a result, it’s safe to assume that we might see a portion of Chinese stocks be delisted from the US exchanges as soon as 2023 if China doesn’t crackdown on VIEs sooner.

Considering the worsening of relations between China and the United States along with the aggressive actions of Beijing against the Big Tech, it’s hard to say whether Alibaba will comply with the new rules and fully open its books to US regulators, especially since China has strengthened its grip over the entire business. The problem is that there are too many unknowns at this stage and the worst is that Alibaba doesn’t have any real control over them, as its fate is in the hands of two of the biggest economies in the world that don’t have the best relations right now.

In the following weeks, Alibaba will report its Q2 earnings results. No matter how good the reported numbers might be, it won’t matter much since political risks are always going to be outside of its control, and its faith is constantly going to be in the hands of regulators from both sides of the Pacific. While the company’s stock appears to be severely undervalued, as it trades at only 3 times its sales, institutional investors continue to dump their Alibaba shares to minimize their downside. Without a solid institutional backing, it’s going to be hard to push the stock price higher and for that reason, it’s likely that Alibaba will continue to trade cheaply, as political risks are not going to disappear at all. Therefore, I stick to my opinion that Alibaba might be only a decent short-term rebound play since there’s no indication that its shares will dramatically appreciate and return to their all-time high levels of over $300 per share in the long term, as the pressure from governments of China and the United States will be limiting its upside.