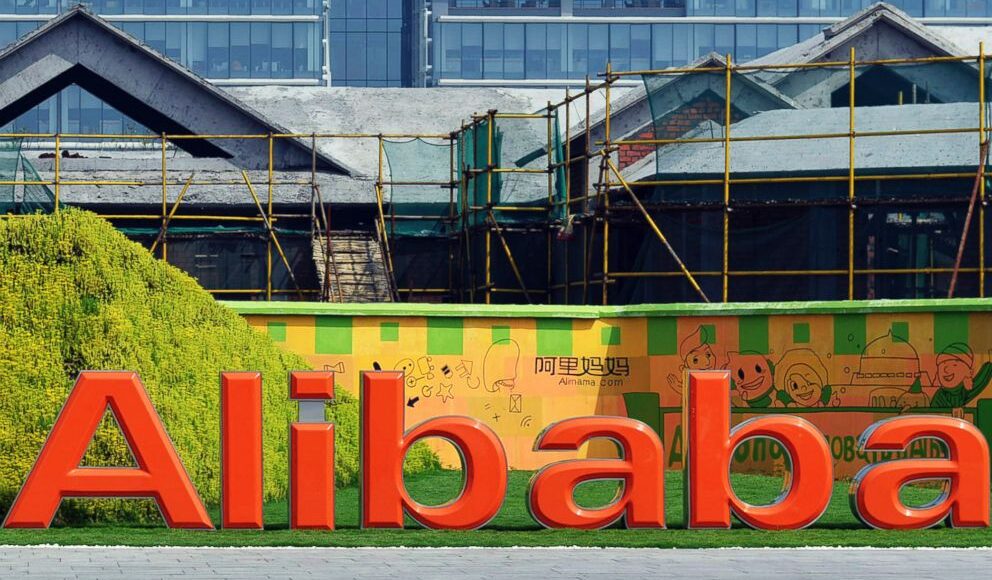 Alibaba operates a printing press that keeps spitting out tens of billions from total revenue down to net income. Many companies faced adversity throughout the pandemic, and some are still recovering, but not BABA.

Through the worst economic environment for businesses to navigate in recent times, BABA generated over $100 billion in revenue and $20 billion in net income during their recent fiscal year. While BABA didn’t get the memo about businesses facing challenges amidst the pandemic, the market must not have read BABA’s earnings report or crunched the numbers.

There are two Chinese companies I am bullish on, and BABA is my biggest conviction for appreciation. BABA smashed through the $300 share price level at the end of October 2020, but shareholders have been left confused and disappointed since then. It looked like BABA would turn the corner after a horrible end to 2020 as shares appreciated from $222.36 from the close of 2020 to $270.83 in the middle of February 2021.

Still, the markets had other plans, and all shares of BABA have done is disappoint shareholders. If you missed the BABA train, it’s time to grab your tickets and climb aboard, and if you purchased BABA during its run to $300 or early 2021 rebound, it might be time to add to your holdings. BABA is going to experience tremendous tailwinds from China’s population and economic growth over the next several years, and their printing press is going to need more ink. 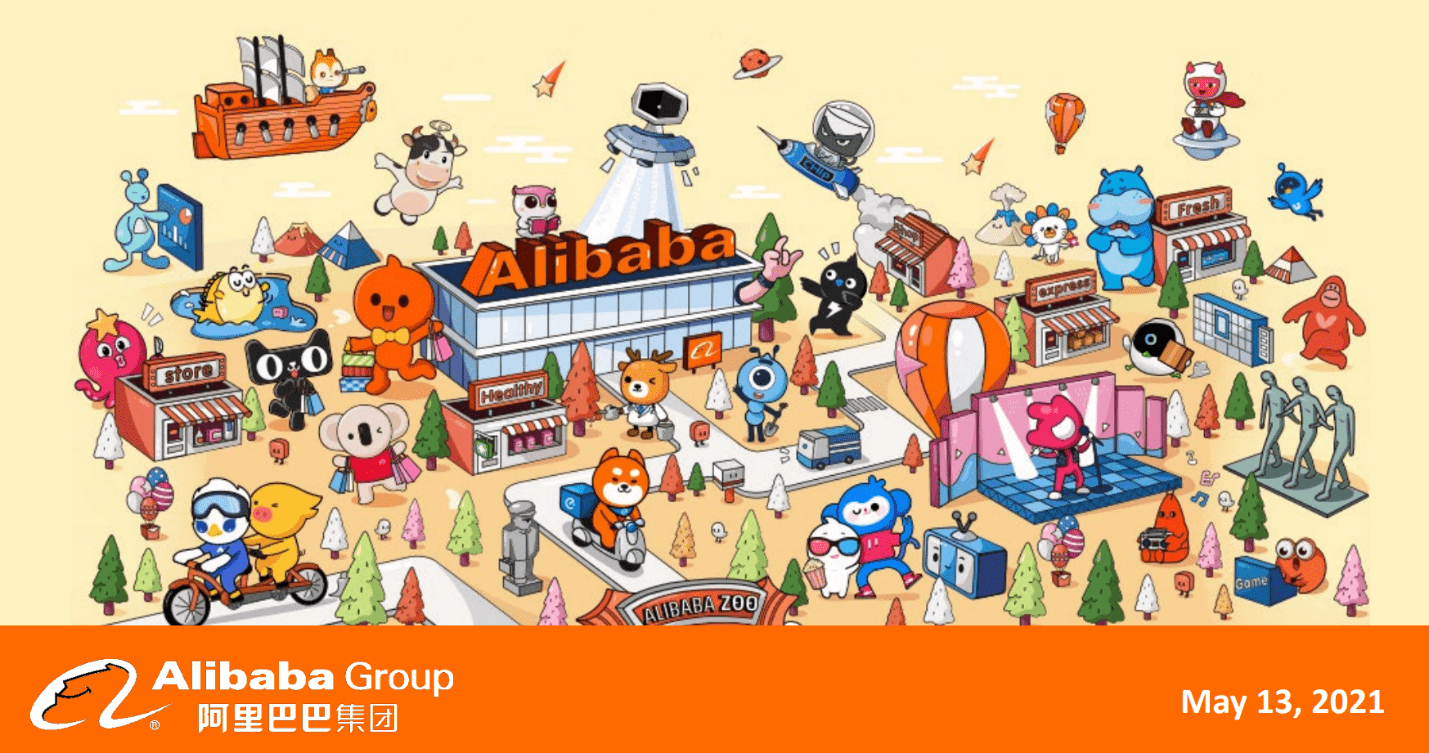 The Alibaba printing press is open for business, and it spits out billions

How many companies can say their annual revenue through the pandemic exceeded $100 billion? The $100 billion revenue mark is a prestigious club that companies such as Facebook, PepsiCo, Procter & Gamble, Target, and Johnson & Johnson are not part of. BABA, on the other hand, witnessed its revenue increase by 52.11% and smash through $100 billion as they generated $109.47 billion in their recent fiscal year.

Since 2013 BABA has not had a year where their annual revenue increase didn’t exceed 25% Year over Year (YoY). When you think about that as a growth rate, it’s remarkable for a company of BABA’s size as this isn’t a company chasing its first billion-dollar revenue year. Over the past 5 fiscal years, BABA’s annual revenue has increased by $93.8 billion (408.08%) at an average annual rate of 48.25%. Smaller companies considered growth companies would be jealous of these rates, while many large caps are probably envious.

BABA isn’t a one-trick pony that can only generate tens of billions in revenue. BABA can convert right down to the bottom line. Each year BABA has increased its YoY gross profit by a minimum of 10% since 2013. In 2016 BABA generated $10.35 billion in gross profit and, over the next 5 fiscal years, increased its annual gross profit by $34.84 billion (336.68%). BABA has also never fallen below a 40% gross profit margin, Warren Buffett’s magic number, as he indicates in Warren Buffett and the Interpretation of Financial Statements. On page 34 of the Kindle edition, it says:

The gross profit margin is important for investors to evaluate because it reveals how much of a company’s revenue goes directly to producing it and if they have a moat around their business. BABA’s numbers indicate they have a sufficient moat around their business that is hard to penetrate. With close to a decade of generating over 40% in gross profit margins, investors can expect that BABA’s moat will protect its business operations for years to come.

Moving to the bottom line BABA does a great job at generating profits. In their most recent fiscal year, BABA generated $22.98 billion in net income, converting more than 1/5th (20.99%) of their revenue to pure profits. Since 2013 BABA has only had 1 year where net income decreases YoY. With that track record, many options open up for BABA in the future as their cash stockpile continues to increase. 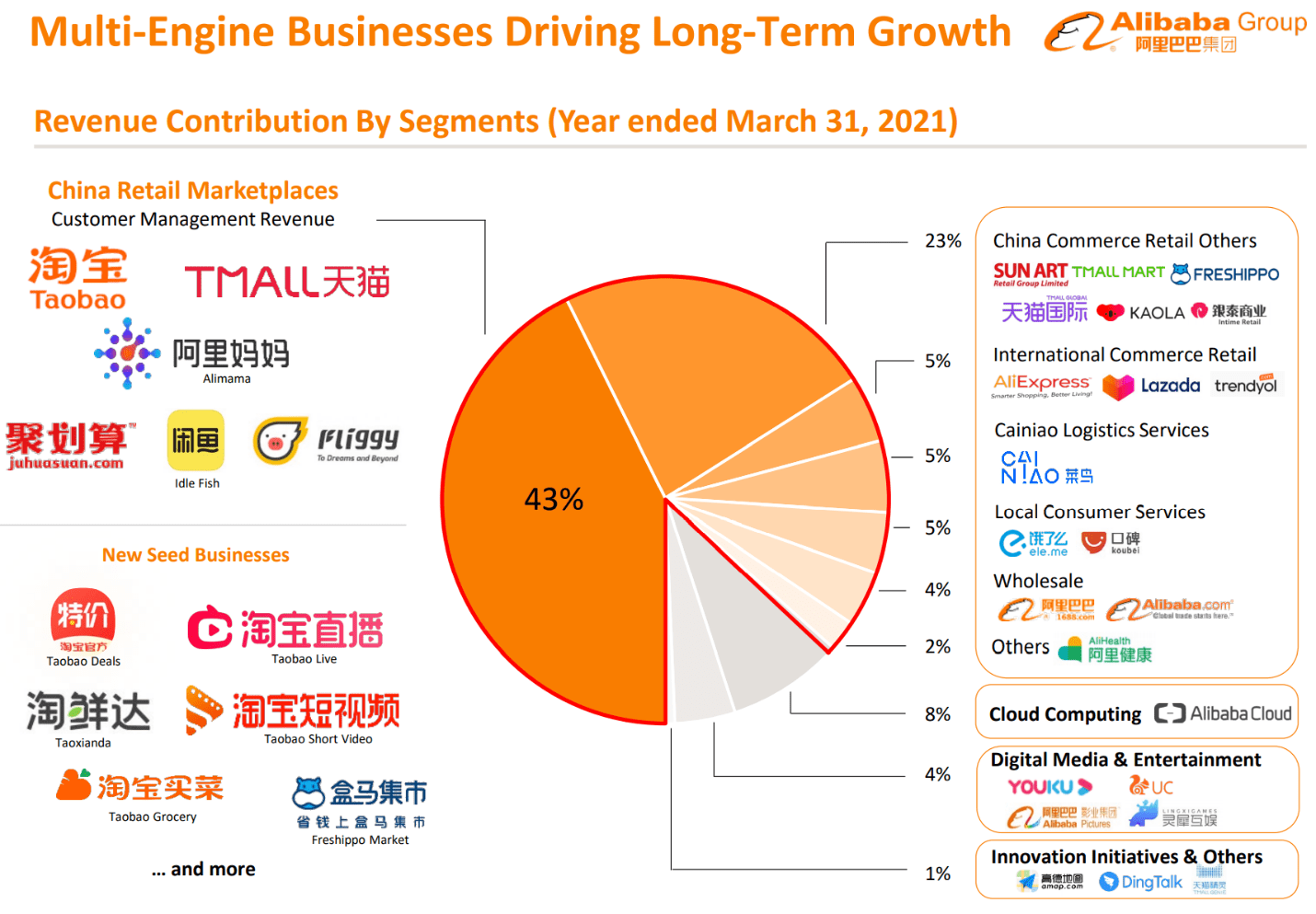 BABA will focus on developing a digital commerce infrastructure that offers an upgraded consumer experience by seamlessly integrating online and offline. Through BABA’s infrastructure, countless retailers have digitally transformed their businesses and created multiple retail formats that have enabled new consumption experiences by leveraging consumer insights and technology.

BABA’s ecosystem, supply chain, and diversified fulfillment services have facilitated an immense digital transformation. By investing in its infrastructure, BABA’s customers can now leverage a full range of high-frequency fulfillment services that include on-demand delivery, same-or-next day delivery, and next-day pick-up services for a full range of consumable and physical products.

BABA will continue to be one of the cornerstones that supports growth within China’s economy, which is benefiting from the acceleration of digitalization in all aspects of life and work. China is projected to be the world’s largest economy by 2028. The per-capita income in China is expected to grow by roughly 50% from 2020 to 2025.

If the projections for China are correct, this should mean a windfall of cash lining BABA’s coffers. It’s a simple recipe; when people make more money, they tend to spend more money to enhance their lives and increase their standard of living. As BABA is a dominant force in China’s retail sector, they stand to benefit from a growing economy and a larger middle class.

At the end of next year, if China has anywhere close to 550 million individuals in the middle class, I believe BABA’s revenue and profits will increase significantly. This trend can provide tailwinds throughout the decade for BABA, and eventually, the market will reward shareholders based on BABA’s value proposition. 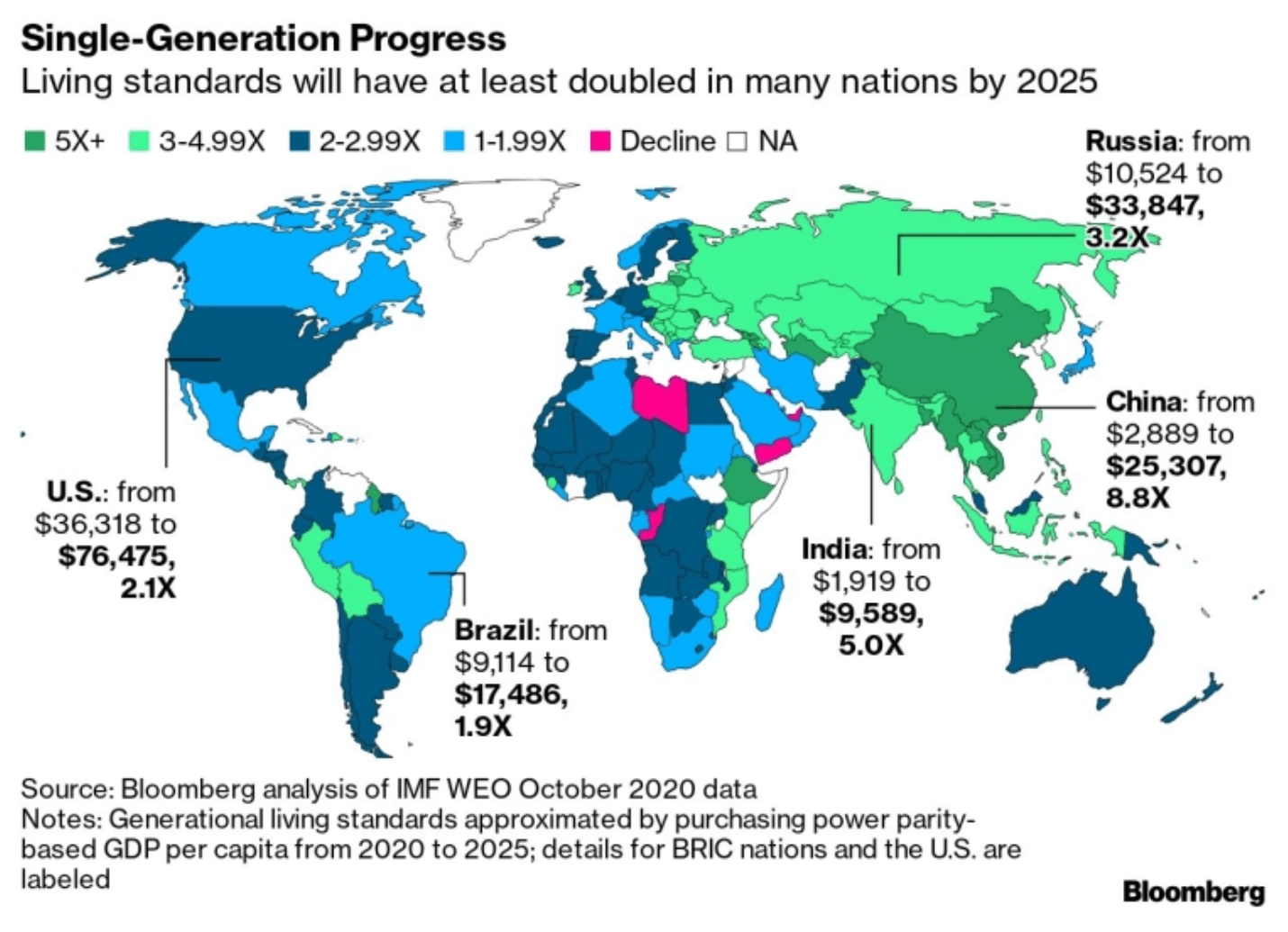 Cloud computing has been red hot in the U.S. as the transition from on-prem to cloud has increased the technological capabilities for many organizations. As digitization progresses across the business landscape, cloud providers continue to increase revenue generated from their cloud segments within their overall revenue mix.

For example, AWS, the cloud computing division from AMZN, generated $45.37 billion in 2020. Cloud continues to be an exciting sector because the digital transformation is far from being over. Hence, the prospects of new customers are enormous while reoccurring revenue is generated after the transition occurs.

In China, cloud infrastructure services are still in the early innings as the entire spend was around $15 billion in 2020. In Q1 of 2021, cloud infrastructure services in China grew by 55% YoY as it reached $6 billion. China was the 2nd largest market behind the U.S, accounting for 14% of global investment, up from 12% in Q1 of 2020. With cloud spending and digitization in China increasing, this serves as a major runway for growth in Alibaba Cloud.

As China’s economy expands, businesses will need to become more efficient to support both operations and customer demands. Chinese companies will need to implement infrastructure that can support a digital age of the workforce while supporting cloud services used by consumers for consumption. If China passes the U.S. as the world’s largest economy in the second half of this decade, the amount of growth needed in cloud services will be immense.

BABA is already the leader in cloud infrastructure services in China as their 39.8% market share accounted for $2.39 billion of the $6 billion spent in Q1 2021. Over the previous 6 quarters, cloud infrastructure spending has increased by roughly $2.3 billion (76.67%) in China. Based on cloud’s current trajectory, quarterly revenue is on track to double over the next 2 years, putting Q1 2023 revenue at $10.6 billion. If BABA has a 35% market share, their Q1 2023 would be $3.71 billion, placing their 2023 revenue for cloud at $14.84 billion without factoring in any growth in 2023. From a cloud aspect, China’s future spending is very exciting, and BABA will be one of the major benefactors.

Alibaba has stellar financial metrics and is undervalued compared to the U.S. tech conglomerates

For this comparison, I am going to use AMZN and GOOGL as they have been establishing their dominance in the U.S. for more than a decade. First, here are the raw numbers for AMZN, BABA, and GOOGL:

It’s hard to dismiss the growth opportunities some companies in China are presenting, especially after the recent decline in share prices. However, I believe shares of BABA are currently undervalued based on their current financial metrics and growth rates. China’s economy and the amount of capital allocated to cloud service infrastructure are expected to grow substantially over the years.

These will create powerful tailwinds for BABA throughout this decade. As a result, I think shareholders have been allowed to establish a BABA or dollar cost average position at a discounted price. I plan on continuing to add shares to my position while the market is discounting BABA.

U.S. builds new software tool to predict actions that could…