Alibaba: Before Buying Or Selling, Ask Yourself Three Questions 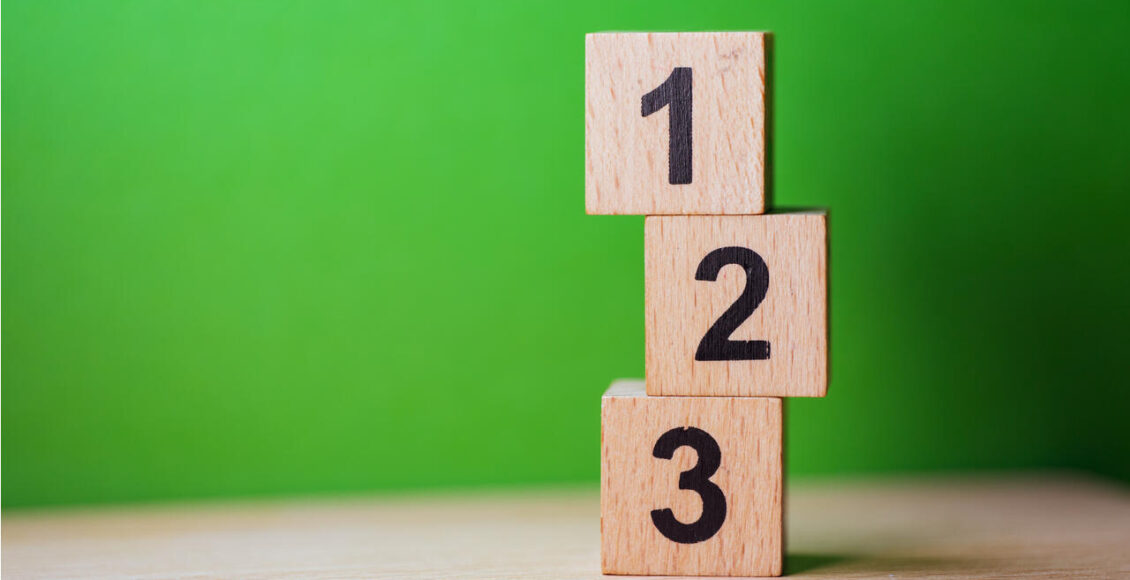 In reading the frequently published articles about Alibaba (NYSE:BABA) (OTCPK:BABAF), I have concluded that the investment community does not question the fundamental underestimation of the company. The only thing in which there is no consensus is the assessment of the risks associated with investing in Alibaba. This article is my attempt to clarify this issue.

In my opinion, all the risks that are now associated with Alibaba can be roughly divided into three categories:

China’s regulatory crackdown.
The growing confrontation between the United States and China.
Risk of complete delisting of the company in the US.
Let’s take a closer look at each item.

On August 11, the Chinese government unveiled a five-year plan for tighter regulation of the country’s economy. According to this plan, new rules will soon appear, covering areas such as technology, national security, and monopolies. These new rules will affect China’s digital economy, including internet finance, artificial intelligence, big data, and cloud computing. Here is a link to the original text of the document.

In other words, it should be assumed that all the previous actions of the Chinese government to tighten control over technology companies were only part of a larger plan. But why is China doing this? And how this should affect Alibaba in particular?

As for the first question, in my opinion, there is no particular mystery here. The Chinese government is primarily concerned with control and internal stability. It is likely that the capabilities of Chinese technology companies have reached the point where they have become a potential threat to the government. In this context, it is pertinent to recall that the ongoing downturn in the Chinese tech market began with the famous speech by Jack Ma in which he criticized the government.

It is also likely that President Xi Jinping wants to achieve technology superiority in the foreseeable future. With China is already less dependent on Western technologies for the production of semiconductors and satellites, the government does not want outside investors to have access to Chinese companies’ data.

In other words, if the previous ten years the Chinese government did not prevent the technological market from actively developing and encouraged foreign investment, now the situation has changed.

Alibaba is often referred to as China’s Amazon. In my opinion, judging by its business model, JD.com (JD) falls under this definition more. IMHO, Alibaba is more like Alphabet (GOOGL): it has a core profitable business and many strategic investments. And it is these strategic investments that may suffer in the face of the changing rules of the game. I wrote about this earlier.

So, here’s the first question: How will the changed direction of the Chinese government affect Alibaba in the long term?

(My answer: negative, but not fatal).

The confrontation with China has become the symbol of President Trump’s administration. But strangely enough, during this period, Alibaba shares grew by 176%: 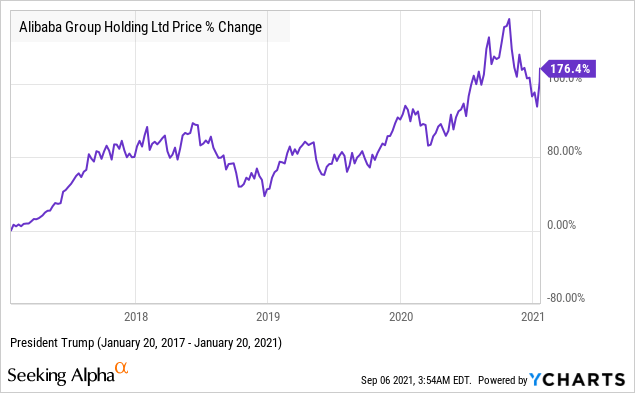 It seemed that with the election of Biden, relations between the countries would become calmer and more predictable. But here are two events following one after the other.

In principle, there is nothing wrong with the new requirements. The trouble is, the Chinese government wants their companies to provide less information.

And here’s the next event. Earlier in March, China-based investment group announced the acquisition of a Korean semiconductor corporation. The US is trying to block the deal because the acquisition posed risks to the national security. China has already called it a “red flag”.

The vector of relations between China and the United States is still directed towards intensifying confrontation. This primarily creates problems for Chinese companies looking to enter the US stock market. Companies like Alibaba are less at risk.

Here’s the second question: Will the confrontation between the United States and China reach such a level that Alibaba will fall into the main risk zone?

(My answer: so far, unlikely. After all, this is an e-commerce company that is not strongly associated with the strategic interests of China and the United States).

In my opinion, this is the most interesting point. Here’s a recent quote from SEC Chairman Gary Gensler:

… so when you think you’re investing in a Chinese company, you’re more than likely actually investing in a shell company in the Caymans or another part of the world…

The market took this statement very painfully. Many started talking about the possibility of Alibaba delisting. But it remains unclear why this topic has not aroused interest in the previous six years?

Chinese companies use the VIE (Variable Interest Entity) corporate structure due to official requirements and restrictions: 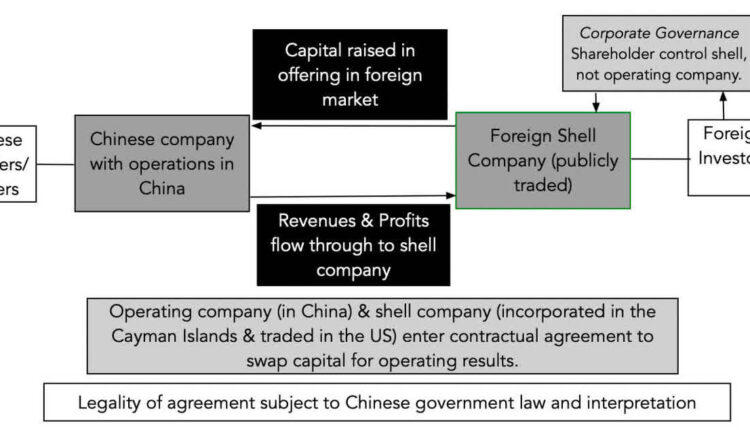 Under this structure, investors do not actually own any part of the actual Chinese company. The reason is that under Chinese law, foreign ownership is prohibited in some Chinese industries.

The problem is that such a structure is actually illegal. You cannot sue or seek compensation if your rights have been violated. But at the same time, this structure has been in existence for many years, and the Chinese government is unlikely to ban it, because it can cause a domino effect and the US stock market will be lost to China.

Of course, the previous two risk factors could lead to the prohibition of the listing of tech companies in foreign markets using shell structures. But in my opinion, Alibaba, given its size, is not at the main risk here either. In addition, this company has been on the US market for a relatively long time.

The third question: How much is Alibaba delisting possible?

Let’s agree right away, I do not recommend anything in this article. In the end, in my opinion, Seeking Alpha is created for those investors who want to make investment decisions on their own, and not ask what and when to buy and sell.

Now Alibaba is not a matter of fundamental undervaluation, but a matter of risks. The situation is complicated by the fact that these risks have combined. But nevertheless, now it is necessary to assess these risks and make a decision.