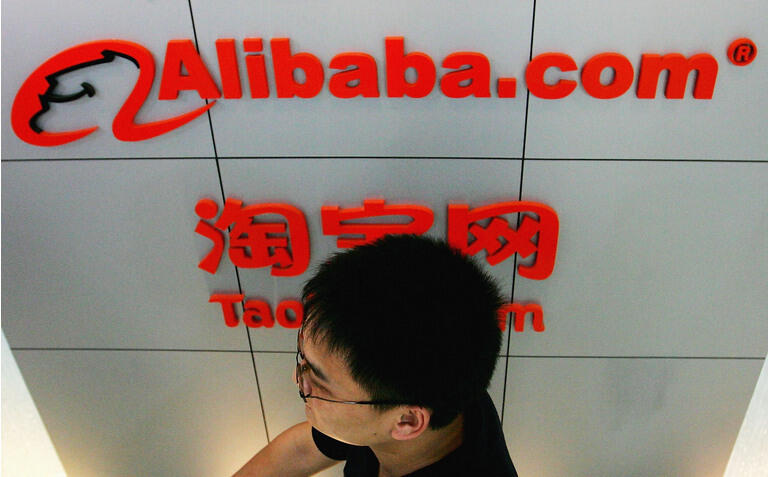 Alibaba’s shares have corrected by over 50% from their February-highs and investing forums are now rife with debates on whether the stock amounts to a good buying opportunity or not. While many feel the stock is undervalued and offers a significant upside from current levels, others feel it’s still too risky to dip their toes in. In this article, I’ll cover both the bullish and bearish narratives surrounding Alibaba’s stock, and attempt to explain why risk averse investors may want to avoid it for now. Let’s take a closer look at it all.

Let me start by saying that Alibaba already has a sizable quarterly revenue base of $31.8 billion, and it also faced several regulatory crackdowns in China over the past few quarters. So, naturally, many market commenters were expecting its revenue growth momentum to fizzle out for the time being at least. Yet, in spite of these challenges, the e-commerce giant posted 25%-plus revenue growth rates (year over year) across all four of its reporting segments. This is a commendable feat and goes to highlight the immense growth potential that the company has to offer. 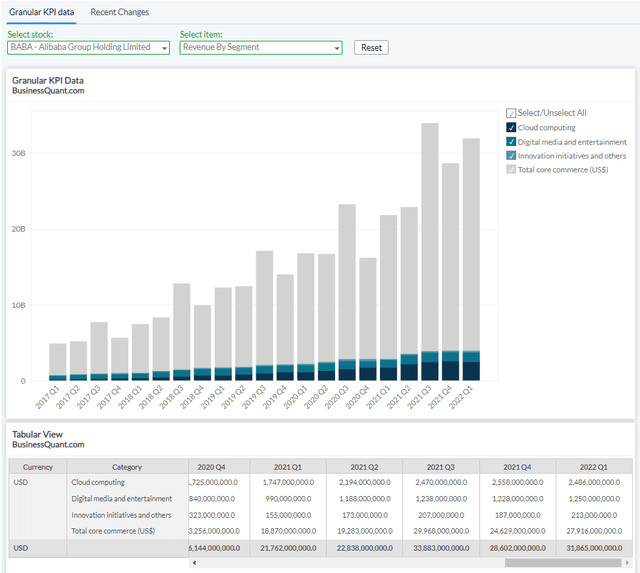 There are two driving factors behind this rapid growth. First, Alibaba’s active user base has surged across its retail marketplaces with each passing quarter. This increase has been consistent, it hasn’t exhibited any signs of cyclicality over the years and there’s no telling when the user additions will start to slow down. So, things are looking good for Alibaba, at least in terms of user growth. Secondly, the spending capacity of Chinese citizens has been growing rapidly for over a decade now, and the trend is expected to continue over the coming years as well. For instance, IMF estimates that China’s per capita income will grow by approximately 34% between just 2020 and 2024 alone. This essentially means that Alibaba has more and more users coming to its marketplaces, and also their spending capacity is growing rapidly. This is a perfect recipe for sustainable rapid growth and it’s no wonder why growth-seeking investors find Alibaba so attractive.

Besides, Alibaba’s shares have corrected by over 50% from their 52-week highs thanks to the regulatory uncertainties surrounding the company (more on this in the next section of this article) which has made its shares attractively valued compared to some of the other popular and sizable names in its industry. The line of thought across contrarian investing circles, in general, is that Alibaba’s shares may have little downside and significant upside from its current levels. This is another reason why investors are finding Alibaba as an attractive investment opportunity. 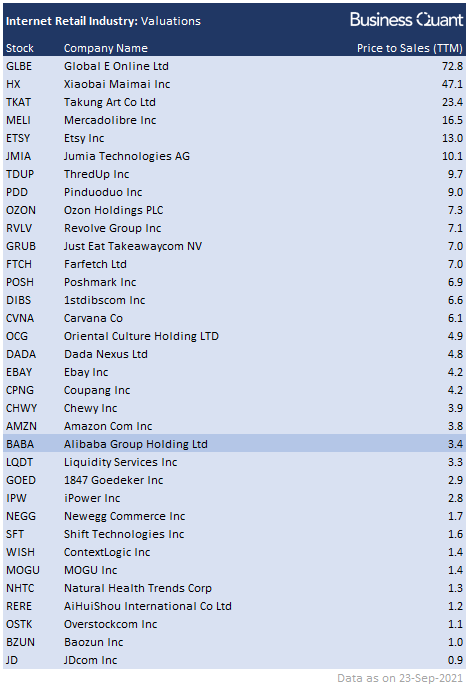 Lastly, the community of professional analysts has remained quite optimistic about the stock. Out of the 47 analysts that S&P polled this week, 43 analysts are bullish on Alibaba stock with a buy or an outperform rating. If readers were still not convinced about investing in Alibaba, the extent of these bullish analyst ratings might just act as a confirmation bias and convince a few readers to invest in the name. But in spite of how attractive Alibaba might seem right now, we’ll see in the next section of this article that the company’s US-listed shares are rife with uncertainties and risks. 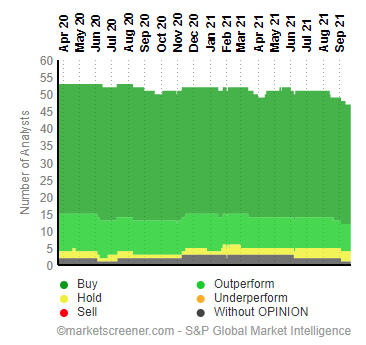 The problem with Alibaba’s US-listed shares is their variable interest entity (or VIE) structure. These shares do not offer any shareholding into the real Alibaba company and merely offers a stake in the company’s profits through a contractual agreement. This entire structure isn’t exactly permitted by the Chinese law and Chinese regulators can attack it by:

So, while Alibaba as a company might have a tremendous growth potential, we just don’t know what will happen to its US-listed shares.

Secondly, Alibaba’s shares may be trading at lower valuation multiples than its US-incorporated peers but that doesn’t necessarily make the former an attractive buy. The US-listed Alibaba shares do not offer any shareholding in the original company, there’s no legal recourse against the management if they issue misleading statements, there aren’t any voting rights and given the regulatory risks in China, there’s also no certainty whether these shares will remain listed in the US in a year from now. With these serious risks and uncertainties involved, it’s only natural that Alibaba shares trade at lower multiples than their relatively safer US-incorporated peers. So, investors who are basing their investment decisions largely on Alibaba’s stock price, may want to rethink their investment thesis.

Lastly, the Chinese Communist Party (or CCP) has been cracking down on Alibaba ever since its founder, Jack Ma, chided Chinese regulators last year for restricting innovation with their dated policies. Since then, Chinese regulators have:

Since holders of US-listed Alibaba shares do not have any shareholding in the original company, there’s little to no legal recourse and they’re relegated to just being bystanders as their capital erodes. There’s no telling till when will this forceful business restructuring continue and how profitable will Alibaba be as a business, after Chinese regulators are done restructuring it.

Alibaba may have a tremendous growth potential and it might even grow its business manifold over the next decade. However, as I explained earlier in the article, there are several serious risks associated with its US-listed shares. There’s no telling whether the stock will be at $50 or $250 in a year from now. So, risk averse investors (for whom preservation of capital is paramount) should avoid investing in Alibaba altogether. However, this should not be construed as a short recommendation. Good Luck!