The ‘pick one from two’ tactic, in which merchants are forced to choose only one platform as their distribution channel, has been widespread in China.

Meituan, founded by the 42-year-old billionaire Wang Xing, was previously urged to improve its working conditions.

China has slapped on-demand local services provider Meituan with a 3.44 billion yuan (US$533 million) fine on Friday for abusing its dominant market position through its “pick one from two” practice, putting an end to the government’s five-month antitrust investigation.

The fine was equivalent to about 3 per cent of Meituan’s total domestic revenue of 114.7 billion yuan last year, according to antitrust watchdog the State Administration for Market Regulation (SAMR).

It was also smaller than previous estimates and reports. In August, The Wall Street Journal reported in that Beijing planned to impose a US$1 billion on Meituan.

By comparison, e-commerce giant Alibaba Group Holding paid a record 18.2 billion yuan fine, equivalent to 4 per cent of its 2019 domestic sales, to conclude of its own antitrust investigation. Alibaba, parent company of the South China Morning Post, competes with Metiuan through its own food delivery service Ele.me, which has about a 20 per cent share of that market segment.

“We accept the penalty with sincerity and are determined to ensure our compliance with the decision and its terms,” Meituan said in a statement following the regulator’s announcement of the fine.

The company’s shares jumped 2.1 per cent on Friday to HK$256 in Hong Kong, adding to a 12 per cent run-up over the past three weeks.

Since the SAMR started its investigation into Meituan’s practices on April 26, the company’s shares have lost 16 per cent or HK$226 billion in market value amid Beijing’s wider crackdown on Big Tech internet platform operators.
The Hang Seng Index slumped 27 per cent over the same period, according to data from Bloomberg.

The SAMR also directed Meituan to build a better commission fee mechanism and algorithm rules, while ensuring the legitimate rights and interests of small- and medium-sized merchants as well as delivery riders are protected.
The company’s “pick one from two” practice, in which merchants are forced to choose only one platform as their exclusive distribution channel, has been widely adopted by platform operators in China’s internet market.

Meituan will need to submit a self-examination compliance report to SAMR for three consecutive years.

“The on-demand delivery market will be operated in a more healthy order, but I don’t think the fine will change the market pattern in the short term,” said Zhai Wei, executive director of the Competition Law Research Centre at the East China University of Political Science and Law in Shanghai. “The government isn’t opposed to [companies having] dominant position … It is fine if you have either a 90 per cent of 100 per cent market share, as long as you are not abusing your dominant market position.”

For merchants on Meituan, [the antitrust fine handed down] “is definitely great news because they are the parties whose interests are directly affected”, Zhai said. “It’s also good news for consumers because merchants will eventually get their costs back from consumers if they are paying a high fee to the platform.”

Meituan, founded by the 42-year-old billionaire Wang Xing, was previously urged to improve its workers’ working conditions, which have long been criticised.

In July, SAMR and six other government agencies ordered Meituan to pay its delivery riders more than the country’s minimum wage, and to free them from unreasonable demands made by algorithms that predetermined the number and timing of their deliveries.

The company must also provide its workers with social security and allow them to join a union. 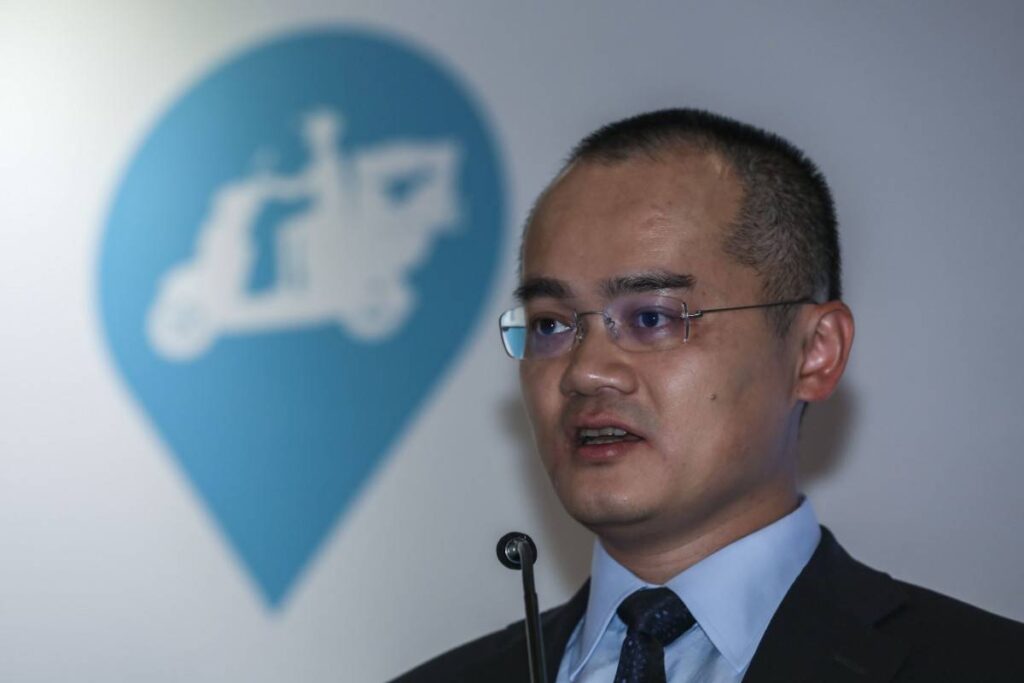 Meituan chief executive Wang was recently spotted at the Communist Party of China’s 100th-anniversary celebration last month, which appeared to indicate that he was back in Beijing’s good graces after he posted a 1,000-year-old Chinese poem that was seen as a jab at the government.

Wang later removed the post and said it was meant to criticise the short-sightedness of his own industry.
In June, Wang donated US$2.3 billion – about a tenth of his total shareholding in Meituan – to his own philanthropic foundation that promotes education and scientific research. This was seen as a response to Beijing’s increased pressure on Big Tech companies to serve social development and the national agenda.

Meituan Shares Surge as Much as 15% After Earnings Report