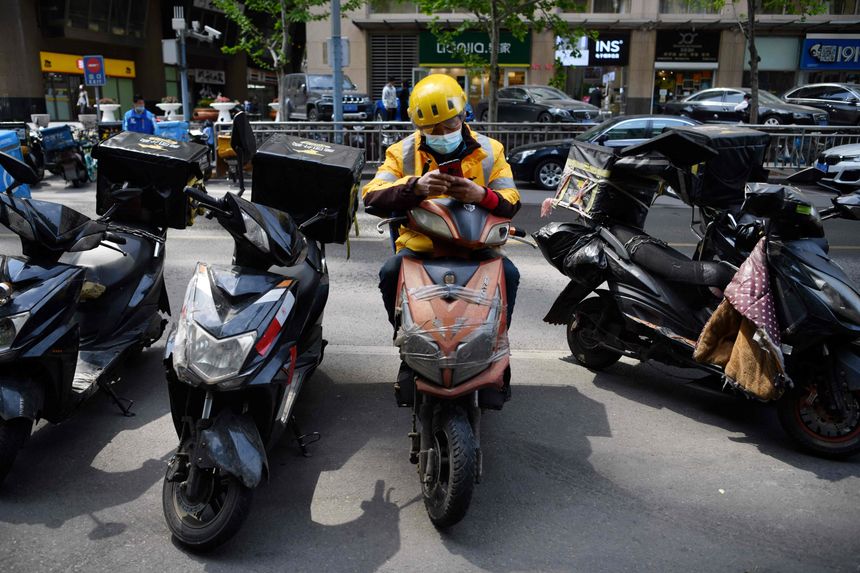 China’s antitrust regulator is preparing to impose a roughly $1 billion fine on food-delivery giant Meituan for allegedly abusing its dominant market position to the detriment of merchants and rivals, according to people familiar with the matter.

The penalty could be announced in the coming weeks, and Meituan would be required to revamp its operations and end a practice that has been dubbed “er xuan yi”—literally, “choose one out of two,” the people said. Such exclusivity arrangements have forced many small businesses to pick sides in China’s competitive retail industry.

Meituan, with a market capitalization of about $170 billion, has raised billions of dollars from global investors and is China’s third-most valuable publicly listed internet company after Tencent Holdings Ltd. and Alibaba Group Holding Ltd. The Beijing-headquartered firm operates an online marketplace for millions of restaurants and other merchants, and is the biggest provider of food-delivery and related services in China. It also offers hotel bookings and sells groceries online.

China’s State Administration for Market Regulation, the country’s top commerce regulator that is overseeing Beijing’s antitrust push, in April imposed a record $2.8 billion fine on Alibaba for “er xuan yi” practices, in which the e-commerce giant punished merchants that sold goods on its platform and on rival marketplaces. That fine was equivalent to 4% of Alibaba’s domestic annual sales.

The antitrust watchdog believes Meituan has also prevented businesses from selling their goods on rivals’ platforms, the people familiar with the matter said. Its probe into Meituan’s suspected monopolistic behavior began in April. The company said it would fully cooperate with the investigation and has pledged to comply with China’s antimonopoly laws. Meituan reported the equivalent of $17.8 billion in revenue in 2020.

Meituan and the SAMR didn’t immediately respond to requests for comment Friday. Under Chinese rules, antitrust fines are capped at 10% of a company’s annual sales.

Regulators in China have gone after numerous companies in the private sector, calling out unfair business practices and ordering dozens of firms to rectify problems and make amends. The widening regulatory clampdown—which shows no signs of abating—has forced global investors to reassess the future and growth prospects of many firms. The country’s six top technology companies have together lost more than $1 trillion in market value since a peak in February.

Meituan is also a big player in China’s gig economy, which has millions of workers that aren’t formally employed by companies and are often paid by the hour. Chinese regulators recently criticized the industry for its poor treatment of delivery workers and other independent contractors. Meituan has promised to purchase insurance for all its delivery riders that would provide better injury coverage.

The company has also started making changes to the way it pays merchants and restaurants that sell on its platform, by lowering fees and prohibiting exclusivity arrangements.

Meituan was founded in 2010 by Wang Xing, an entrepreneur and billionaire who is currently CEO. He was recently embroiled in controversy after posting an ancient Chinese poem that referenced book burning by a Qin dynasty emperor on social media. The post was interpreted by some internet users as a veiled criticism of China’s government. Mr. Wang subsequently deleted the post and said it was instead supposed to refer to Meituan’s rivals.

About a month later, Mr. Wang donated Meituan shares worth more than $2 billion to his own philanthropic foundation. The company said most of the funds would go toward education and scientific research. Both areas are among Chinese President Xi Jinping’s social and economic development priorities.

During the Chinese Communist Party’s 100th anniversary celebration last month, a state broadcaster showed Mr. Wang listening to Mr. Xi’s speech at Beijing’s Tiananmen Square. His public appearance was viewed by some China watchers as a sign that he was back in the government’s favor.

Shares of Meituan, which listed in Hong Kong in 2018, hit a high in February this year, giving the company a market capitalization of more than $340 billion. Many analysts and investors have since cut their forecasts of Meituan’s revenue and profit growth, as they expect the company to have to pay workers more and remedy other issues that regulators have identified.

Alibaba, Meituan are top picks at Daiwa in sector upgrade as internet stocks to…

Alibaba, Meituan paid the bulk of China’s US$3 billion antitrust fines in 2021,…

China conducts military drills around Taiwan in response to…

China wants to take Taiwan peacefully but is preparing…