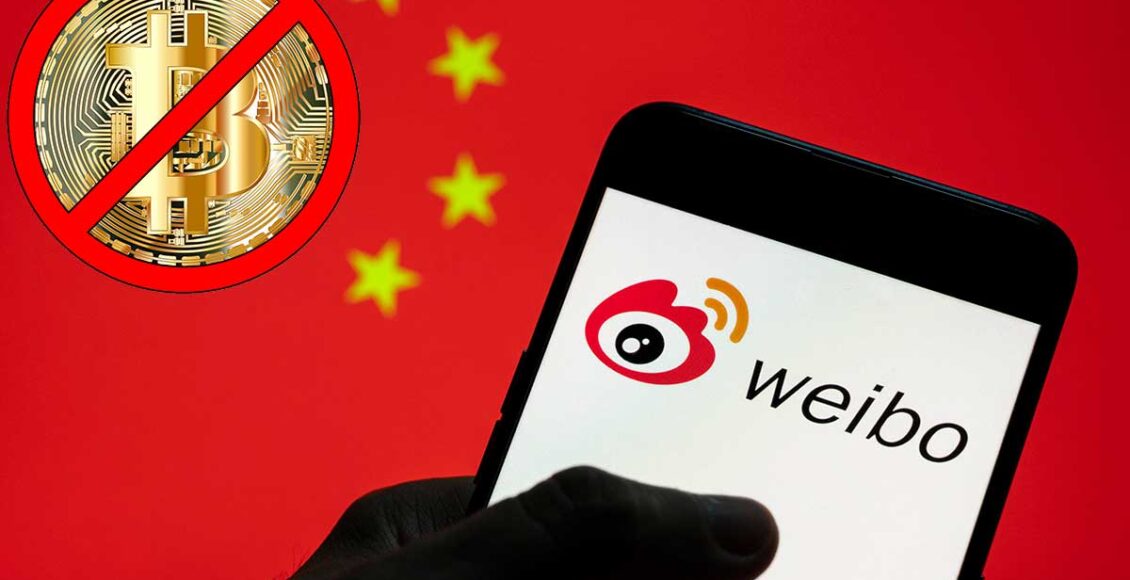 At least a dozen popular Weibo users who post content about cryptocurrencies found themselves unable to use their accounts on Saturday night. Other users who attempted to access those pages were greeted with a message saying the accounts had violated Weibo guidelines and “relevant laws and regulations”.

“The account I’ve been using for years is suddenly gone,” one of the banned users posted to the platform under a new account called Professor Hash. “But I’m OK with it. The day was going to come sooner or later.”

This is not the first time China’s social media platforms purged influential accounts related to cryptocurrency. In 2019, Weibo banned the accounts of Binance co-founder Yi He and famous cryptocurrency entrepreneur Justin Sun, who made headlines for winning a charity auction to have dinner with billionaire investor Warren Buffett.

Binance, Huobi and OKEx, three major bitcoin exchanges, all had their accounts suspended in March 2021

The latest purge comes as Beijing pledges to crackdown even further on cryptocurrency mining activities. The government has repeatedly warned about cryptocurrency’s financial risks, which has gained fresh attention recently amid volatile bitcoin prices that have fallen from a peak of more than US$60,000 last month to around US$36,000 this past week.

The government is also concerned about meeting its clean energy goals, with the aim of reaching peak emissions by 2030 and becoming carbon neutral by 2060. Bitcoin requires a lot of energy to mine because of how its blockchain works, consuming more electricity than the United Arab Emirates in a year, according to an estimate by the Cambridge Bitcoin Electricity Consumption Index.

Last month, Liu He, the top economic adviser to Chinese President Xi Jinping, said that the government will “crack down on bitcoin mining and trading behaviour, and resolutely prevent the transfer of individual risks to society”.

“It’s to protect investors from being misled,” said Benjamin Gu, a blockchain and cryptocurrency expert who founded Liyan Consulting.

“The total number of fans of these people is more than 5 million, and their influence on Chinese retail investors may not be less than [Tesla CEO Elon] Musk,” Colin Wu, a journalist who runs a cryptocurrency news site, posted to Twitter. “The accounts blocked by the Chinese government are mainly recommending investment and trading crypto to retail investors.”

Following Weibo’s ban, the price of bitcoin briefly dropped below US$36,000 on Saturday. But some also speculated that the slump was related to yet another tweet from Musk that seemed to suggest he was breaking up with bitcoin. Comments from the outspoken entrepreneur have previously triggered movements in the market.

Chip shortage leaves Tesla and other electric car buyers in…