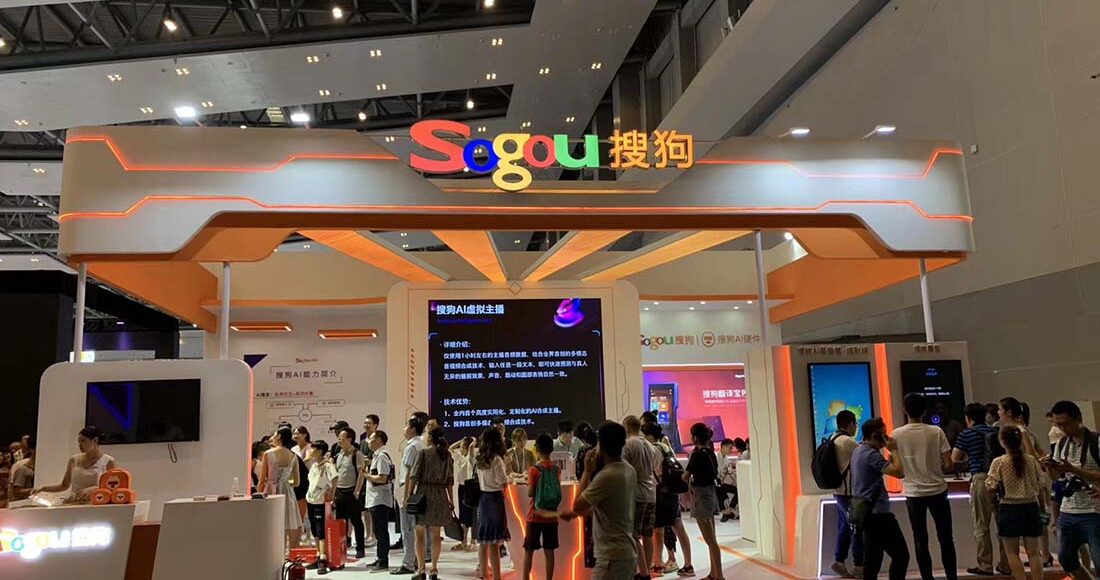 Sogou Inc., an innovator in search and a leader in China’s internet industry, today announced its unaudited financial results for the second quarter, ended June 30, 2021.

Total revenues1 were $147.5 million, a 44% decrease year-over-year. The decrease was primarily driven by uncertainties with respect to Sogou’s business policies among certain advertisers as a result of the previously-announced proposal by Tencent Holdings Limited (“Tencent”) to take Sogou private, as well as reduced traffic acquisition activity.

Gross profit and non-GAAP2 gross profit were both $43.0 million, a 33% decrease year-over-year for both.

Other income, net was $75.8 million, compared to $15.5 million in the corresponding period in 2020. The increase was primarily due to a $76.2 million unrealized gain from a change in the fair value of the Company’s equity investment in Zhihu Inc. (NYSE: ZH). 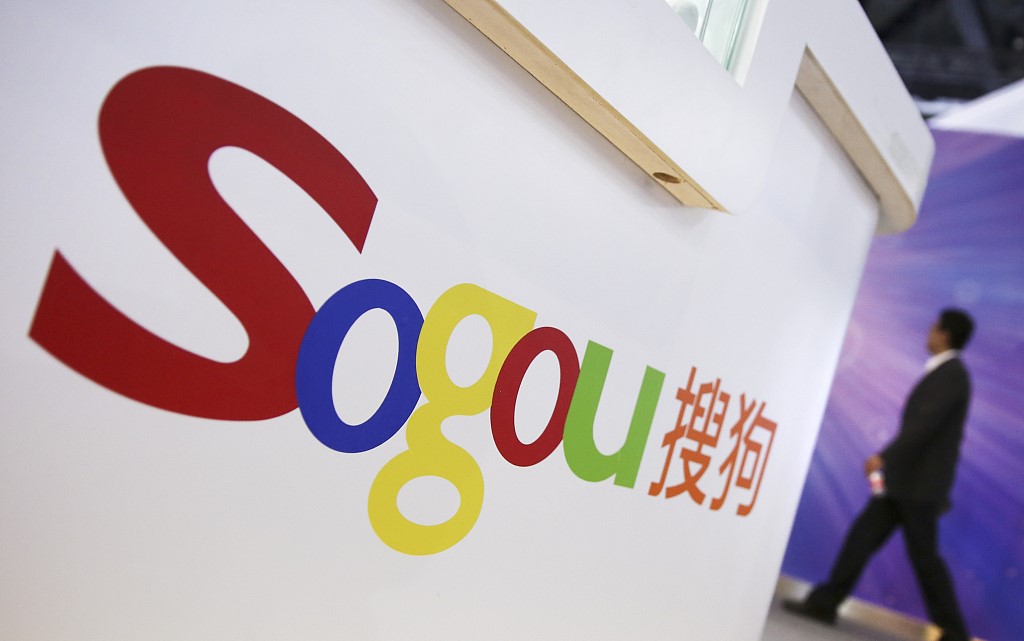 As previously announced, on September 29, 2020, the Company announced that it had entered into a definitive Agreement and Plan of Merger (the “Merger Agreement”) with THL A21 Limited (“THL”), TitanSupernova Limited (“Parent”), and Tencent Mobility Limited, each of which is a direct or indirect wholly-owned subsidiary of Tencent, which contemplates that Parent will be merged with and into Sogou in an all-cash transaction (the “Merger”), and Sogou will become a wholly-owned indirect subsidiary of Tencent.

Upon the effectiveness of the Merger, if it is completed, outstanding Class A ordinary shares of the Company (each a “Class A Ordinary Share”), including Class A Ordinary Shares represented by American depositary shares (“ADSs”), other than Excluded Shares (as defined in the Merger Agreement) and ADSs representing Excluded Shares, will be cancelled in exchange for the right of the holders thereof to receive $9.00 in cash per share or ADS.

Following the completion of the Share Purchase and the Share Contribution, Parent will hold not less than 90% of the voting power represented by all issued and outstanding shares of the Company. Accordingly, it is intended that the Merger will be in the form of a short-form merger of Parent with and into the Company in accordance with section 233(7) of the Companies Act of the Cayman Islands, and shareholder approval of the Merger Agreement and the Merger will not be required.

If completed, the Merger will result in the Company becoming a privately-held indirect wholly-owned subsidiary of Tencent, the Company’s ADSs will no longer be listed on the New York Stock Exchange, and the ADS program will be terminated. The parties currently expect the Merger to be completed during the second half of 2021, subject to the satisfaction or waiver of all the conditions to the Merger.

The Company does not undertake any obligation to provide any updates with respect to the Merger, the Share Purchase, or any other transaction, except as required under applicable law.

To supplement the unaudited consolidated financial information prepared in accordance with generally accepted accounting principles in the United States of America (“GAAP”), Sogou’s management uses non-GAAP measures of gross profit, gross margin, and net income that are adjusted from results based on GAAP to exclude the impact of share-based awards. These measures should be considered in addition to results prepared in accordance with GAAP, but should not be considered a substitute for, or superior to, GAAP results.

The non-GAAP financial measures are provided to enhance investors’ overall understanding of Sogou’s current financial performance and prospects for the future. A limitation of using non-GAAP gross profit, gross margin, and net income measures that exclude share-based compensation expense is that share-based compensation expense has been and is likely to continue to be a significant recurring expense in the Company’s business. In order to mitigate these limitations, the Company has provided specific information regarding the GAAP amounts excluded from each non-GAAP measure. The accompanying tables include details on the reconciliation between GAAP financial measures that are most directly comparable to the non-GAAP financial measures the Company has presented.

This announcement contains forward-looking statements. Statements that are not historical facts, including statements about Sogou’s and Sogou management’s beliefs and expectations and statements about the Merger, are forward-looking statements. Any such statements are based on current plans, estimates, and projections, which involve inherent risks and uncertainties. We caution you that a number of important factors could cause actual results to differ materially from those contained in any forward-looking statement. Potential risks and uncertainties include, but are not limited to, intense competition in the market for search and search-related services; our need to continually innovate and adapt in order to grow our business; our reliance on Tencent platforms for a significant portion of our user traffic; uncertainty regarding the extent and reach of PRC governmental regulation of sponsored search; the effects of the worldwide COVID-19 pandemic on the economy in China generally and on our business in particular; other risks discussed in Sogou’s Annual Report on Form 20–F for the year ended December 31, 2020 filed with the Securities and Exchange Commission on March 18, 2021, and other documents Sogou files with or submits to the Securities and Exchange Commission; and the possibility that the Merger will not occur as planned if events arise that result in the termination of the Merger Agreement, or if one or more of the various closing conditions to the Merger are not satisfied or waived, the possibility that there will be additional disruptions to Sogou’s business in the event that the Merger does not occur as planned, and other risks and uncertainties regarding the Merger Agreement and the Merger that are discussed in the transaction statement on Schedule 13E-3 in connection with the Merger filed with the SEC on July 30, 2021.

Sogou Inc. (NYSE: SOGO) is an innovator in search and a leader in China’s internet industry. With a mission to make it easy to communicate and get information, Sogou has grown to become the second-largest search engine by mobile queries and the fourth largest internet company by MAU in China. Sogou has a wide range of innovative products and services, including the Sogou Input Method, which is the largest Chinese language input software for both mobile and PC. Sogou is also at the forefront of AI development and has made significant breakthroughs in voice and image technologies, machine translation, and Q&A, which have been successfully integrated into our products and services. 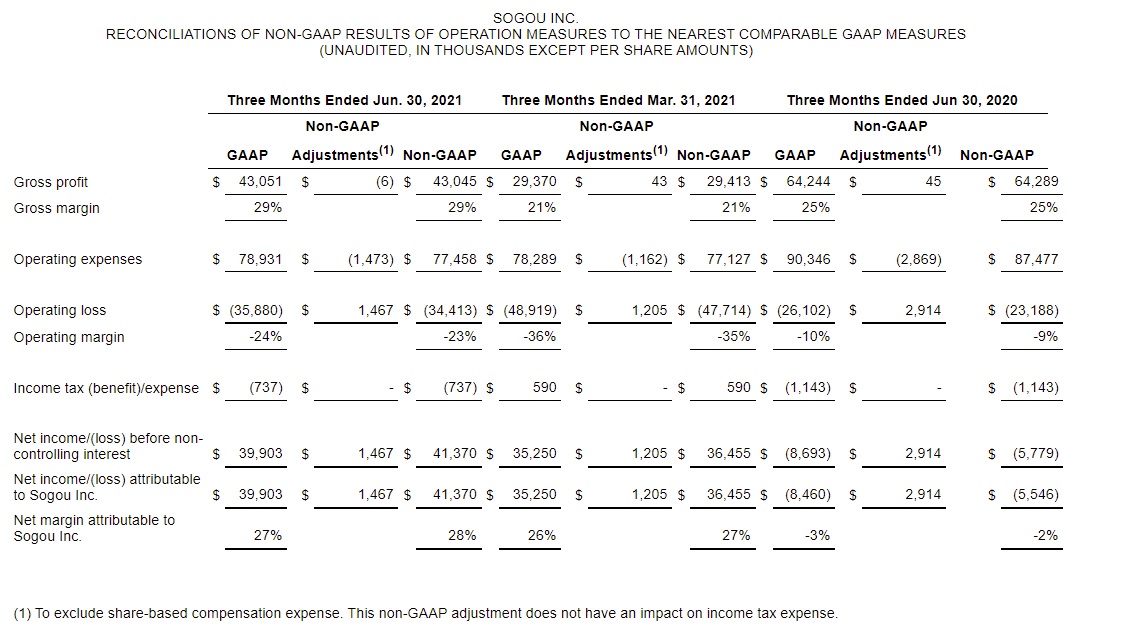