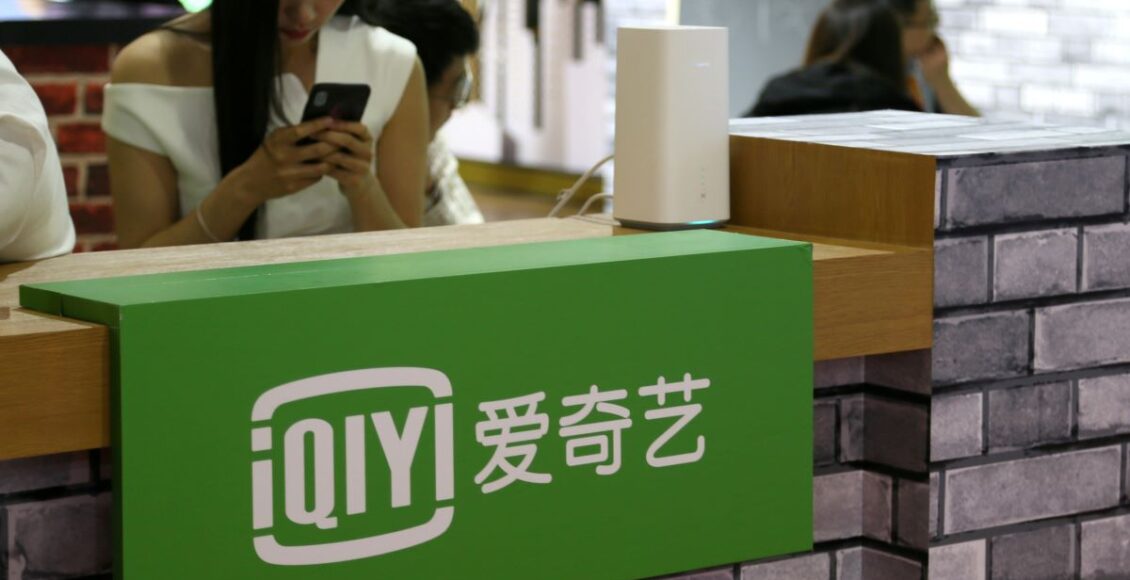 A lot has happened to iQIYI during 2021. First, the stock soared over 60% and reached $28, then, the Archegos margin call happened. Since that date, the stock has plummeted over 65%. The stock has declined 11% since the last bullish article published in Seeking Alpha. Many people thought that after a 30-40% drawdown the price could not go down more, it’s a logical thought considering the fundamentals were the same, as I wrote on my ViacomCBS analysis. However, iQIYI’s case is different, its valuation and market situation are too weak to support the stock price.

I believe there is no reason to invest in iQIYI: too much uncertainty, little growth, unprofitable, market risk, etc. There are too many companies, or streaming companies (even in China), which are much better investments right now. In addition, despite the beat in EPS and revenue, the company has presented weak Q2 earnings.

iQIYI is considered China’s equivalent to Netflix. If you have read any of my previous articles regarding streaming companies, you already know that I am very bullish concerning the streaming industry. It is forecasted to grow to $150 billion by 2026. The cord-cutter movement is stronger than ever and cord-cutters are forecasted to increase to 46.6M households by 2024, more than a third US households will not have cable TV. 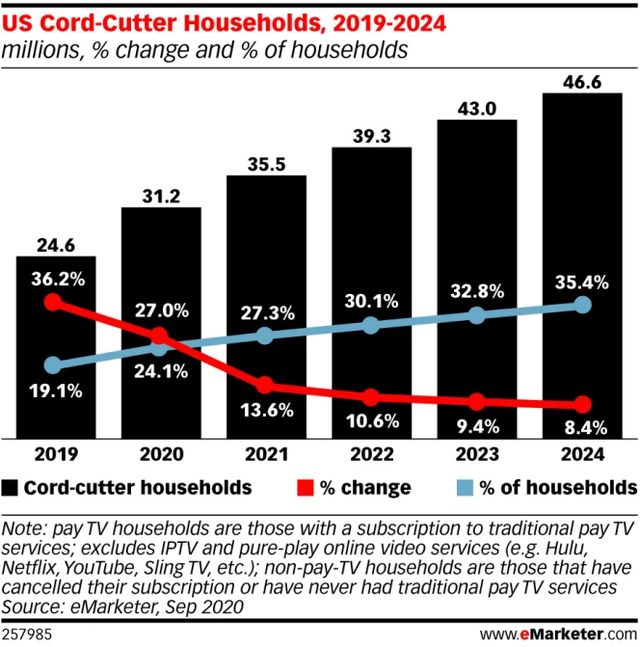 However, iQIYI is a Chinese company and the above data is from the US. Cord-cutting was already the norm in China when the coronavirus hit. Clearly, this is a bullish headline for iQIYI. There is more:

Tencent Video was ranked the top player in China’s video streaming market with a penetration rate of 45% at the end of 2019, followed by iQIYI with 43% and Alibaba’s Youku with 27%, according to research firm BlueCatData.

Normally, I would be happy if the company I am analyzing has 43% penetration rate, but this time I am not. You cannot be the number two player in China’s video streaming market and still be burning cash and unprofitable. In addition, latest quarterly earnings do not show improvements.

Reading previous analysis, I noticed the hype for Youth With You Season 3, a highly popular Chinese contest produced by iQIYI that has Lisa, from hit K-pop girl band Blackpink, as a judge. In fact, it was a large part of some bullish theses. This show has been suspended by The Beijing Municipal Radio and Television Bureau.

A mainland boy band competition show has been taken off the air after the parents of one of its contestants were alleged to have links to illegal businesses.

The Beijing Municipal Radio and Television Bureau on Tuesday suspended Youth With You Season 3, produced by Chinese streaming website iQIYI, after meeting with iQIYI’s producers to require compliance with broadcasting regulations. The suspension came after the show’s leading contestant, Tony Yu Jingtian, was embroiled in scandals about his parents’ former karaoke business and viewers questioned his nationality.

Another bullish point was the possibility of iQIYI being bought by a larger company, like Tencent. Considering Chinese antitrust regulations, I believe this is unlikely. Antitrust regulators will not allow the largest player in the industry to buy number two.

Baidu is interested in selling its stake in iQIYI to focus on areas such as AI and autonomous driving. Nonetheless, sell it to a direct competitor would not make sense. For instance, TikTok owner ByteDance is interested on acquiring a controlling stake in iQIYI, but it is unlikely that Baidu would allow that, given the fierce competition between the two companies in the digital ad market.

What surprised me the most was that Baidu was considering selling iQIYI to Tencent. The company asked for $20B and Tencent told Baidu that iQIYI was worth half of it. Since then, there are not more reports about this negotiation.

There is a lot of noise, but so far it seems like no one wants iQIYI, not even Baidu. The company is being investigated by the SEC after the Wolfpack Research report, in which iQIYI was accused of inflating numbers.

iQIYI, which is cooperating with the probe, has said an internal review has found no proof of Wolfpack’s claims.

We have not even started to look at the numbers and the investment already seems quite risky, or at least very opaque.

Despite the beat in EPS and revenue, the company has presented weak Q2 earnings. The stock price declined by 7.25% to $9.47. From the Q2 2021 earnings report:

Total revenues reached RMB7.6 billion (US$1.2 billion), representing a 3% increase from the same period in 2020.

Clearly, iQIYI is not your typical unprofitable but high revenue growth streaming company, which makes me even more bearish. Why should investors wait for profitability?

Cost of revenues have increased from 2020, they are not flat like the company says. One positive aspect, though, is that the company is slowly reducing its operating losses:

Their guidance for Q3:

For the third quarter of 2021, iQIYI expects total net revenues to be between RMB7.62 billion (US$1.18 billion) and RMB8.05 billion (US$1.25 billion), representing a 6% to 12% increase year over year. This forecast reflects iQIYI’s current and preliminary view, which may be subject to change.

Guidance is great, however, company revenues have decreased QoQ. Beating their Q3 guidance would only mean that they have returned to Q1 numbers, more or less, which is not ideal.

If disappointing revenue growth and persistent unprofitability were not enough, there is also an extremely weak subscribers growth.

The number of total subscribing members was 106.2 million as of June 30, 2021, or 105.2 million excluding individuals with trial memberships.

In 2 years, the company has increased its paid subscribers base by 4.7 million, or 4.67%. Really weak numbers.

I could use fuboTV or Netflix as peers and compare their multiples, but it does not make sense. Growth is much lower and investor sentiment is different. On Netflix’s case, being a leader in the industry also contributes to its high multiples.

I have a considerable part of my portfolio in Chinese stocks, but I am well aware of the Chinese market risk, which also affects iQIYI. Hence, I believe you cannot say the stock is undervalued just looking at its peers’ valuation.

Analysts expect the company to have negative earnings of -0.45 in 2023.

I believe the company could be unprofitable forever, I do not see any catalyst to think otherwise. Or the company could end up being profitable in 2026 or 2027, but it is worth the wait? The offerings, bad earnings reports, seeing how the company keeps burning cash…and after that you will have a profitable company with no growth, which is not attractive either.

Analyst in TipRanks give the company a PT of $17.04. Personally, I cannot recommend investors to buy iQIYI, it is a cash burning company with little growth in revenue and subscribers.

Regarding shares offerings, it seems like investors are safe for now, the company has a great cash position. However, no one knows if the burning could strengthen in the future. I will be discussing any further movements in iQIYI (offerings, earnings reports, M&A, etc.) on Twitter, as always.

To conclude, I see no reason to invest in iQIYI when there are plenty of excellent companies, in the same country or industry, which will probably deliver much better returns and will allow investors to sleep better at night.