Baidu: An Investment In The Style Of Benjamin Graham 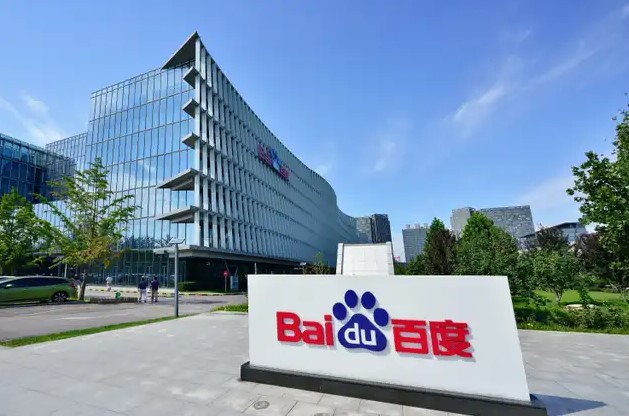 Almost a year ago I wrote my first and only article about Baidu and called it another undervalued Chinese technology company. In the meantime, the stock declined about 20% and is even cheaper now and in the following article I will argue once again why Baidu is one of the Chinese companies that might be a good buy. And we start by looking at the extremely low price-book-value ratio, which is rather an exception for a technology stock.

When using simple valuation metrics, I usually look at the price-earnings ratio or the price-free-cash-flow ratio as both metrics describe the business best in my opinion. Especially when dealing with young companies that are not profitable yet, I also use the price-sales ratio. However, I almost never use the price-book-value ratio.

In past decades, the P/B ratio was used quite often by value investors (in the tradition of Benjamin Graham). But similar to many other investors I would argue that the price-book-value ratio is a good ratio for capital-intensive companies (with high amounts of plants, property and equipment on the balance sheet). It is not such a great metric for companies that are not relying on these assets and are offering capital-light services and rely on intangible assets.

Now we must ask why Baidu is trading for such a low valuation multiple. And when trying to answer the question we must look at two different aspects, which can contribute to the answer:

In case of Baidu, both aspects contributed to the low P/B, and we start by looking at the balance sheet.

When looking at the balance sheet of Baidu, we see RMB 4,100 million in short-term loans as well as RMB 13,291 million in long-term loans. However, when comparing the total debt to the total equity of RMB 223,038 million we get a D/E ratio of 0.08 which is hardly worth mentioning.

And much more interesting than the liabilities side is the asset side. Not only does Baidu have RMB 74,321 million in long-term investments on its balance sheet. It has RMB 42,533 million in cash and cash equivalents as well as RMB 135,753 million in short-term investments. Therefore, about 46% of Baidu’s total assets (RMB 385,119 million) are highly liquid assets and is enabling the business to make acquisitions, huge investments or buying back shares.

When looking at the “price” part of the equation and ask the question why the P/B ratio is so low right now the short answer is rather simple: the stock declined about 64% from its previous all-time high. But the more interesting question is: Why did the stock price decline and is the decline justified. And to answer that question we must look at the fundamental business.

One of the bigger problems for Baidu is iQIYI. Although the business segment could constantly increase revenue over the last seven years (revenue grew with a CAGR of 33.83%), it has not been profitable since 2015 (on an annual basis, I didn’t check every single quarter).

When looking at “Baidu Core” instead, we also see solid growth rates for revenue (increased with a CAGR of 7.63%) and the segment was profitable the entire time. However, operating income did not really grow between 2015 and 2021.

For starters, the online advertisement business – which is responsible for the biggest part of revenue – should also be able to grow in the years to come. Digital advertisement spending in China is expected to grow with a healthy pace in the high-single digits (or maybe even low double-digits) in the years to come. And in fiscal 2021, online marketing services generated RMB 81.0 billion in revenue (Baidu Core and iQIYI).

Although iQIYI has not been profitable in the last seven years and we are also not seeing a positive trend, it is highly speculative if the segment can turn profitable in the coming years. And with the average daily number of total subscribing members declining to 98 million (compared to 99 million in Q2/21 and 101 million in Q1/22) is also not a good sign. On the other hand, we can assume that after a consolidation phase in the industry, iQIYI might be one of the dominant players in this market with the ability to raise prices and become profitable as the company will stop spending extreme amounts on growth. And once customers are “locked in”, switching costs might occur.

A third huge growth potential is “Cloud Services” which was responsible for RMB 15.1 billion in revenue in 2021 and growing with a high pace in the last few years (64% in 2021 and 44% in 2020). In the second quarter of fiscal 2022, revenue from AI Cloud increased 31% year-over-year and was outgrowing many peers and the operating margin for AI Cloud improved quarter-over-quarter and year-over-year. And according to McKinsey the cloud business will more than double in the next few years (from $32 billion in 2021 to $90 billion in 2025). And when Baidu can keep its current market share (about 7.5% to 9%) it should generate about $6.6 billion to $8.1 billion in revenue from “cloud services”. And Baidu could also take market shares from competitors – at least in the recent past it was outgrowing its competitors.

And while we can make some reasonable assumptions to predict what revenue from the cloud business could be in a few years from now it is much more difficult to predict if and what amounts autonomous driving (Apollo Go) will contribute to revenue and earnings per share. In July, Apollo Go was operating in more than 10 cities and charging fees in seven cities across China. And more than 100 Apollo Go vehicles are now serving the Yizhuang residents and each vehicle completes more than 20 rides per day (on average). During the last earnings call, management commented on Apollo Go and its rapid growth:

Apollo Go completed 287,000 lines in Q2, increasing by almost 500% year-over-year. On July 20, Apollo Go’s accumulative price reached 1 million. And in July, we unveiled Apollo RT6, the sixth generation Apollo robotaxi vehicle, bringing the cost of robotaxi to the price range of mass-market electric vehicles for the first time in China and globally. We aim to put a sizable amount of RT6 vehicles into operation in the year 2024.

And different studies are seeing huge growth potential for autonomous driving in the years ahead. Estimates range from annual growth rates of 31% for the years until fiscal 2028 to even 59% CAGR until fiscal 2030. But despite the obvious growth potential for the industry, it remains difficult to predict what role Baidu could play in this market and how profitable such a business segment could be.

While Baidu has several segments that could contribute to growth in the years to come, one question always remains in the end: Is the stock price fairly valued and reflecting the fundamental business of Baidu? To answer that question, we can look at simple valuation metrics. At the beginning we already mentioned the extremely low price-book-value ratio which is indicating that Baidu might be undervalued. Additionally, we can also look at the price-free-cash-flow ratio to determine if the stock is undervalued. Right now, Baidu is trading 19.87 times free cash flow and 32.90 times earnings per share. While the P/FCF ratio seems acceptable, the P/E ratio is certainly not cheap.

When looking at the last few quarters, free cash flow and earnings per share are fluctuating quite a bit and that is undermining the meaningfulness of simple valuation metrics. A better tool might be a discount cash flow calculation. And as free cash flow was fluctuating in the last few years, we take the average of the last five years as basis (which was $3,161 million). When using that amount as basis and assume 10% discount rate, Baidu must grow its free cash flow only about 3% annually to be fairly valued.

And I find it really difficult to determine a realistic growth rate for Baidu in the coming years – as many factors are unknown: Will the core advertising business recover? Will autonomous driving take off and contribute to revenue and earnings per share in a meaningful way? Can the cloud business continue to grow with a high pace? And to meet these high levels of uncertainty I calculated an intrinsic value with many different growth assumptions.

And when assuming an intrinsic value of $224.89, Baidu is already deeply undervalued. However, I assume even higher growth rates being possible. And there is one final argument why Baidu’s stock seems deeply undervalued – the huge net cash position of Baidu (see section above), which must be included in the intrinsic value calculation. When subtracting the debt from cash, cash equivalents and short-term investments we get a net cash position of $24,021 million resulting in $68 cash per share. When adding this to the calculated values above, a fair intrinsic value for Baidu might be around $300.

We should not overlook that Baidu was not able to grow its operating profit in the last few years in a significant way and that iQIYI is still not profitable and margins were constantly declining in the last ten years. Nevertheless, the company has different segments that could contribute to high growth in the years to come and the stock seems deeply undervalued – especially when considering the huge cash position on the balance sheet.