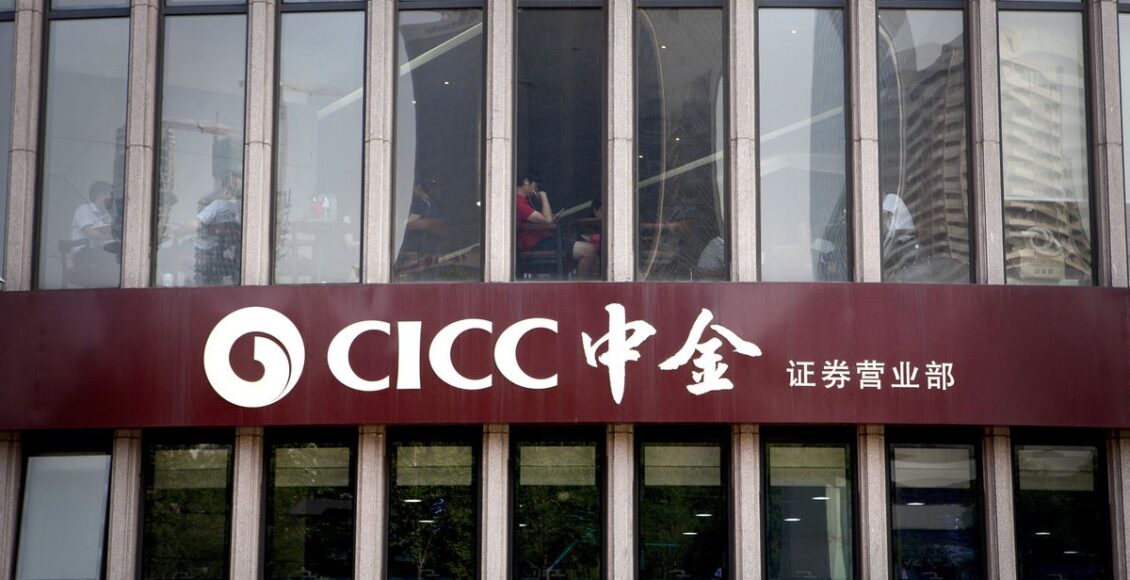 CICC, as the sponsor for the listing, was found to mainly rely on the explanatory documents provided by the issuer to draw conclusive opinions on the firm, according to a notice issued by the China Securities Regulatory Commission late Wednesday.

The CSRC summoned five CICC bankers involved in the deal for regulatory review on Dec. 23, after finding that they have failed to produce sufficient and accurate information to show Lenovo is qualified for a listing on the country’s Nasdaq-style trading board.

The staff, including Wang Sheng, head of CICC’s investment banking division, would have the right to appeal to local courts on the regulatory decision, according to the notice. While the CSRC didn’t say whether it will slap any fine or punishment, the summoning is viewed as a stern warning and is negative for the bank’s reputation.

In separate notices released late Wednesday, CSRC also criticized two other domestic brokerages, Wanlian Securities and Sinolink Securities, for their failure in due diligence on other initial public offerings.

The moves underscore Chinese authorities’ efforts to stamp out corporate malpractice and scrutinize domestic investment banks as the nation seeks to bring its capital markets closer in line with global standards. Since China started to adopt a registration-based IPO system in 2019, the CSRC has punished a slew of bankers, auditors and other intermediary agencies over irregularities.

In a rare move in April, the CSRC slapped almost 30 disciplinary notices on brokers including Haitong Securities Co. and Citic Securities Co. for negligence of duties as IPO sponsors.

CICC didn’t immediately respond to request seeking comment. The investment bank ranked No. 2 in underwriting Chinese companies’ IPOs this year, according to data compiled by Bloomberg. Its Shanghai and Hong Kong-listed shares gained more than 1% Thursday morning. Lenovo’s stock dropped 1.5% in Hong Kong as of 11:30 a.m.

Lenovo, the world’s largest personal computer maker, withdrew the plan to list on Shangha’s Star market in October, just days after its application was accepted by regulators. That surprise move led to a plunge in prices of its Hong Kong-listed shares. The company has said the validity of the information in its prospectus may have lapsed during the vetting process.

China’s securities regulator toughened listing requirements for first-time share sales on the Star market earlier this year in areas such as a firm’s research and development capability, patents, revenue growth rate and capacity to innovate. The move is part of stepped-up efforts to weed out a bevy of sub-par firms that have rushed to raise funds to take advantage of lax oversight and high valuations, with many chasing strong investor appetite for technology-related listings.

Lenovo had sought to raise about 10 billion yuan ($1.57 billion) from the Shanghai share sale to fund artificial intelligence and cloud services projects as well as industrial investments.