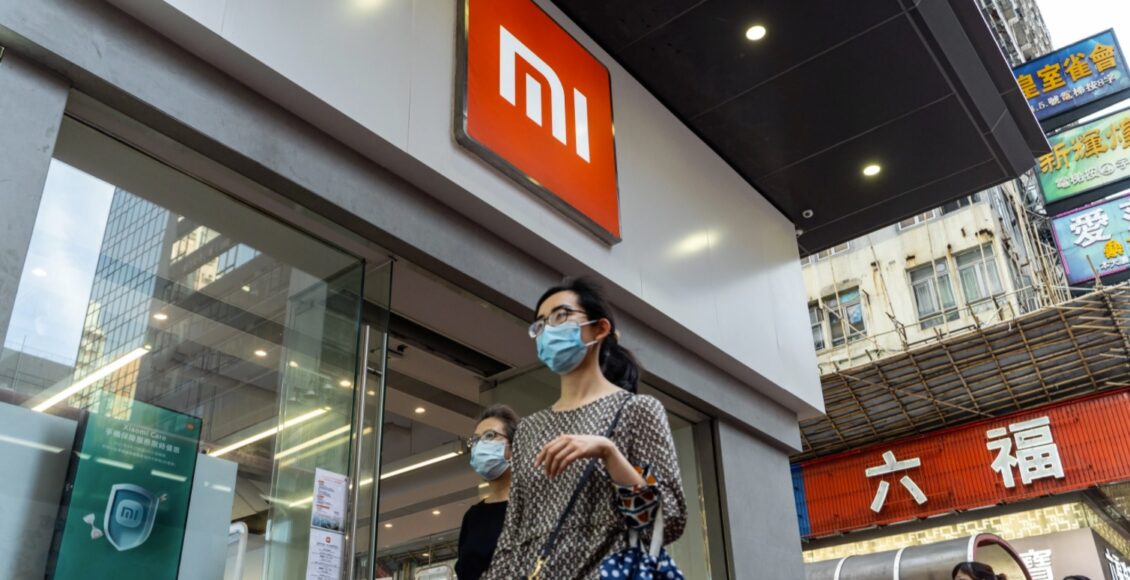 Xiaomi Corp’s first-quarter net profit grew 260.6 per cent to beat estimates on the back of increased sales worldwide, as the US lifted a Trump-era securities ban on the Chinese smartphone giant.

Beyond its strong earnings results last quarter, the company reiterated its concerns about the ongoing global chip shortage. “The increase in semiconductor prices is a challenge for all manufacturers,” Xiaomi president Wang Xiang said in a conference call on Wednesday after the market closed.

The Beijing-based company, which was the world’s third-largest smartphone vendor in the first quarter, reported on Wednesday a better-than-expected net profit of 7.8 billion yuan (US$1.2 billion) in the three months ended March 31, up from 2.15 billion yuan in the same period in 2020. That surpassed the consensus market estimate of 5.07 billion yuan from a Bloomberg poll of analysts.

Revenue jumped 54.7 per cent to 76.9 billion yuan, from 49.7 billion yuan a year earlier, on the back of strong domestic and overseas smartphone shipments. That was higher than the market forecast of 74.38 billion yuan.

Xiaomi will keep its target of 200 million smartphones shipped this year, despite increased competition and rising operating costs, according to Wang. “Our performance depends on whether we can execute well in developing our smartphone and IoT [Internet of Things] businesses, covering both high- and low-end products,” Wang said. “In China, we must also do well in our offline business.”

In March, Wang said the global chip shortage was increasing the company’s costs and implied that in some cases the prices of its products might rise as a result, according to a Reuters report.
On Wednesday, he indicated that shortages in the semiconductor industry happen every three to four years. This time, however, the Covid-19 pandemic put enormous pressure on supply chains.

“We are working very hard with our suppliers to optimise our supply situation,” he said in the conference call. “Our inventory level of chipsets is very healthy.”

He said Xiaomi has made preparations, in terms of raw materials, for the second half of this year. “Even with the shortage, we think we can still have a significant increase [in device shipments] compared to 2020,” he said. “We are closely monitoring the market.”

Xiaomi’s shares hit a three-month high on Wednesday after the company announced ahead of its first-quarter earnings report that a US court has removed its designation as a Communist Chinese Military Company (CCMC) and lifted all restrictions on Americans buying or holding its stock. Its shares closed up 1.4 per cent to HK$28.15 on Wednesday.

The company, founded by Chinese serial entrepreneur Lei Jun in 2010, was unexpectedly added to the US government’s trade blacklist in January. Weeks after Washington’s move, Xiaomi sued the US defence and treasury departments to undo the previous Trump administration’s ban prohibiting American investment in the company over its alleged ties to the Chinese military.

On March 12, the US District Court for the District of Columbia decided in favour of Xiaomi by ordering a preliminary injunction against the US ban. The same court issued a final order vacating the US defence department’s designation of Xiaomi as a CCMC.

“The company reiterates that it is an open, transparent, publicly traded, independently operated and managed corporation,” Wang said.

Those results reflect the aggressive moves made by Xiaomi to compete against Huawei Technologies Co in mainland China and in international markets, where the Shenzhen-based telecommunications equipment maker has been a strong handset vendor for many years. Xiaomi’s strong growth has come amid rival Huawei’s struggles with tightened US trade sanctions.

In mainland China, Xiaomi was ranked by Canalys as the fourth-largest smartphone vendor with a 14.6 per cent market share. That was bolstered by the company’s physical retail store expansion. As of April 30, it had 5,500 retail stores across the mainland, an increase of about 2,300 shops from December 31.

Meanwhile, Xiaomi’s revenue from overseas markets surged 50.6 per cent to reach 37.4 billion yuan in the first quarter on the back of smartphone sales. The company said it ranked among the top five smartphone vendors in 62 countries and regions around the world in the same period, citing data from Canalys. The firm ranked No 2 in Europe for the first time and rose to third in terms of market share in South America.