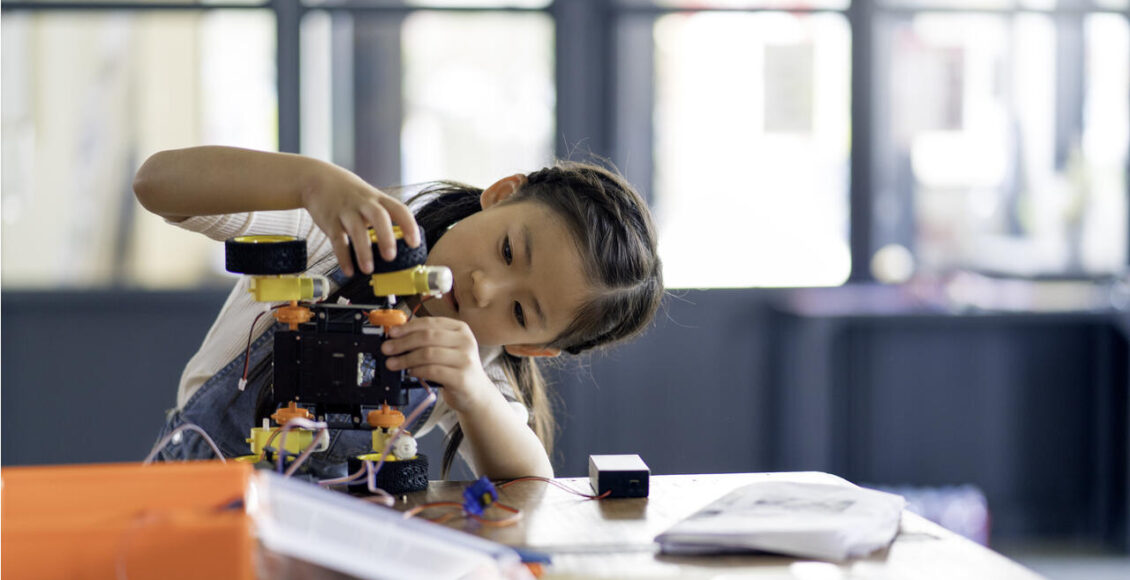 I am not yet satisfied with the +6.46% rise in Xiaomi’s stock. Xiaomi is acknowledged by Counterpoint Research as the no. 1 smartphone company. I want more Seeking Alpha loyalists to help me push XIACF’s price to above $4.0. This is feasible, XIACF’S 52-week high is $4.76. Xiaomi’s stock is still -18.90% YTD. We have more time to buy XIACF on the cheap.

Take your profits on Apple and go long on XIACF. Copying the aesthetics of $1,000 iPhones and selling them as $400 Android phones quickly made Xiaomi no. 1. 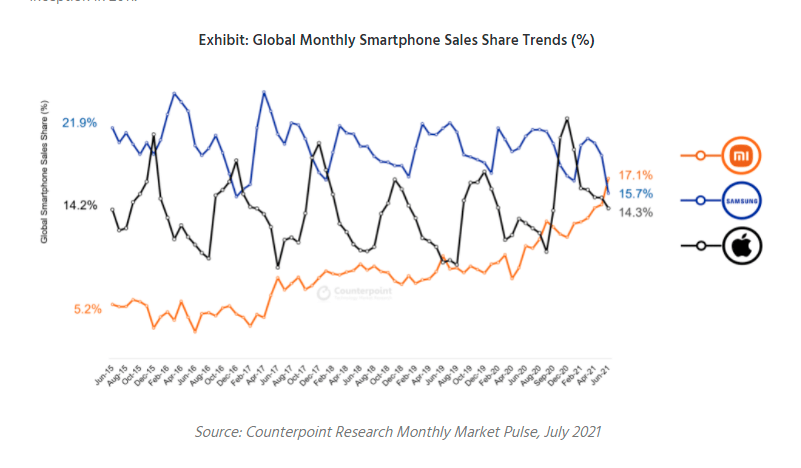 Jony Ive, former head of design at Apple, had harsh words for Xiaomi’s iPhone-looking Android phones in 2014. Up until now, Apple has not yet sued Xiaomi for any physical or UI design copycatting. Going forward, Xiaomi phones will continue to outsell iPhones because Apple does not want to endanger its $27 billion/quarter China business. The Communist Party leadership will not take kindly to Apple suing Xiaomi for making iPhone-looking Android phones.

The communist rulers are already increasingly harsh on Chinese companies, we can just imagine what they can do to Apple, the American luxury gadgets vendor who benefits from cheap Chinese labor.

Jony Ive’s estimated net worth is only $600 million. Xiaomi’s copycat tactic gave Lei Jun a current estimated net worth of $23.7 billion. Lei Jun bought a Tesla Model S sedan. He will probably copy its internal/external design so he can sell $15k Xiaomi electric cars in 2022 or 2023. 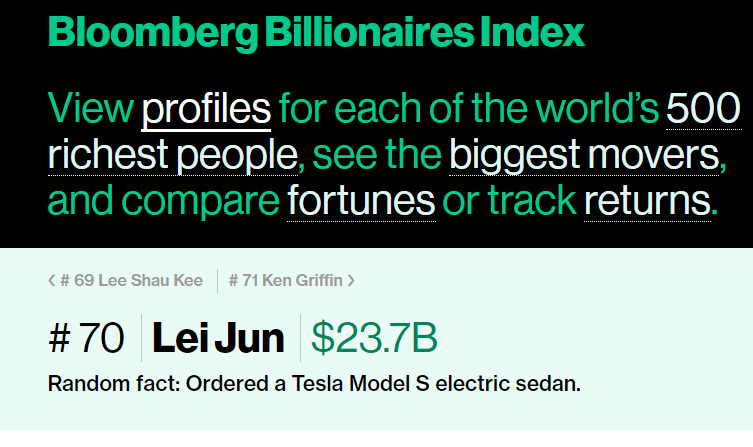 Xiaomi is powerful and affluent with more than $14.42 billion in cash. Xiaomi sued the U.S. government last January to fight its inclusion the Trump-era ban list. The U.S. government removed Xiaomi from the U.S. government’s blacklist last May. The ban on Huawei stays. Xiaomi will therefore remain the no. 1 in smartphones for many years to come. Sad but true, Samsung will probably become the next Nokia (NYSE:NOK) of phones.

Xiaomi can buy the most advanced 5G Snapdragon processors from Qualcomm. It can also buy lithium-ion batteries and other parts from Tesla. The new 4,999 Yuan ($771) Xiaomi Mix 4 is equipped with Qualcomm’s Snapdragon 888+ 5G SoC. The Mix 4 touts an outstanding Antutu score of 153,323. 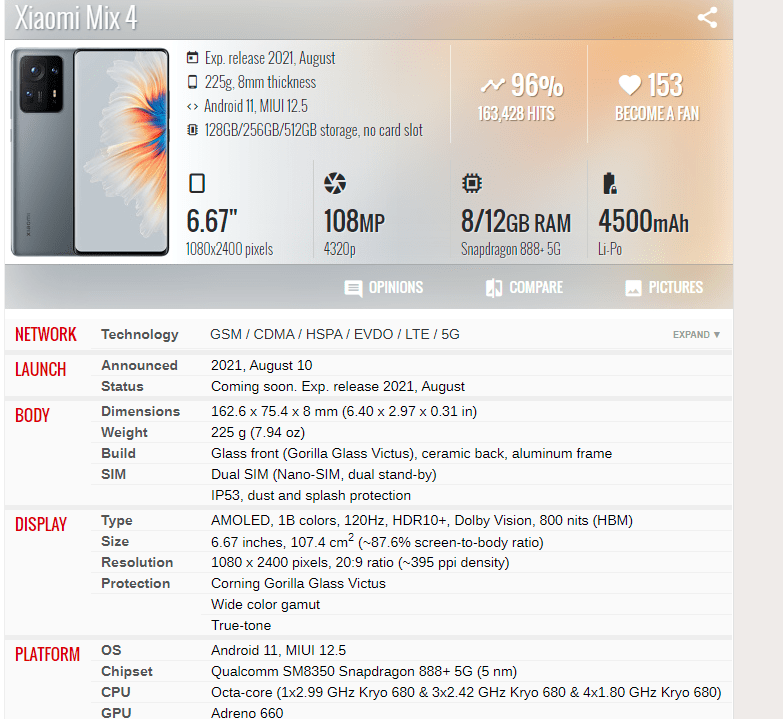 Xiaomi’s no. 1 status in smartphones is further fortified with its recent licensing deal with Interdigital. Xiaomi sources out 50% of its revenue from outside China so getting the necessary third-party licenses is always good.

President-for-life Xi Jinping is likely not happy that XIACF is still relatively undervalued compared to AAPL. I have 25% Chinese blood and it annoys me that AAPL has far higher P/E and P/S ratios than XIACF. Please study the chart below. Xiaomi has better forward growth potential than Apple. It is a market aberration that XIACF only has a TTM P/S valuation of 2.01 and AAPL gets 7.09! Investors should giver higher valuation to a company that clearly has a higher growth potential. The forward Revenue Growth of Xiaomi is 28.97%, much higher than Apple’s 13.26%. 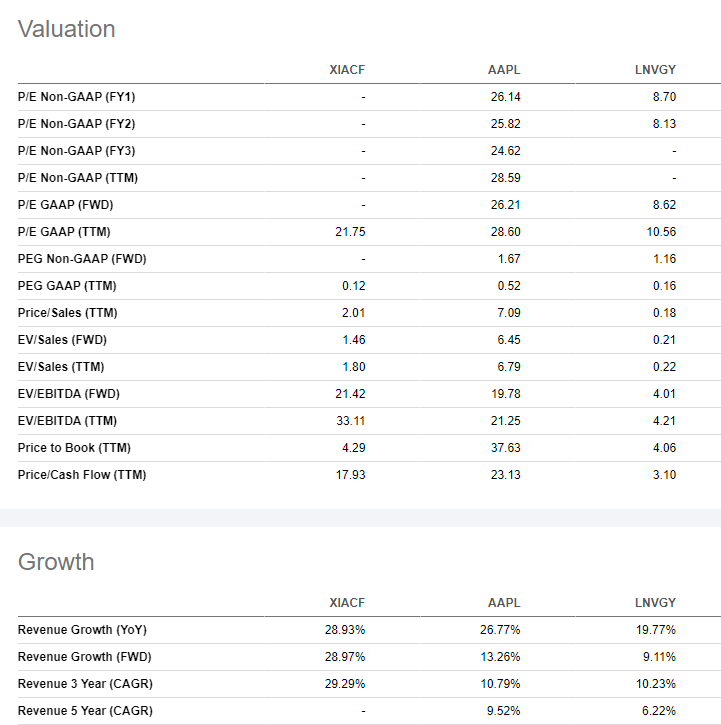 The 28.97% forward revenue growth estimate for Xiaomi can go higher after its 9,999 Yuan ($1,530) China-only CyberDog gets international release. Ex-Pres. Trump will probably love Xiaomi’s CyberDog. It has Intel  and Nvidia semiconductor parts inside. 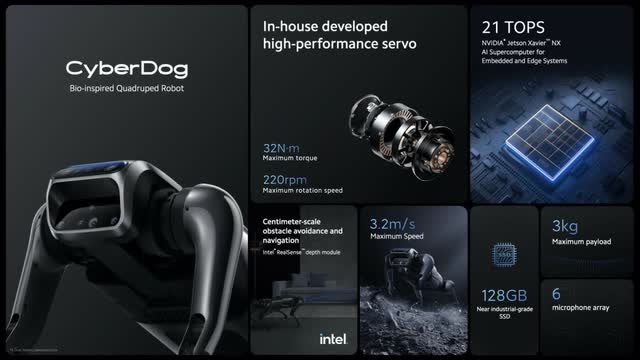 The $1,530 CyberDog is a massive upgrade from Xiaomi USA’s $103.50 Mi Robot Builder. Americans can afford to buy $500 smartphones/iPads for their K-12 kids. Many of them certainly can afford to purchase $1,500 robot dogs to keep their kids occupied. 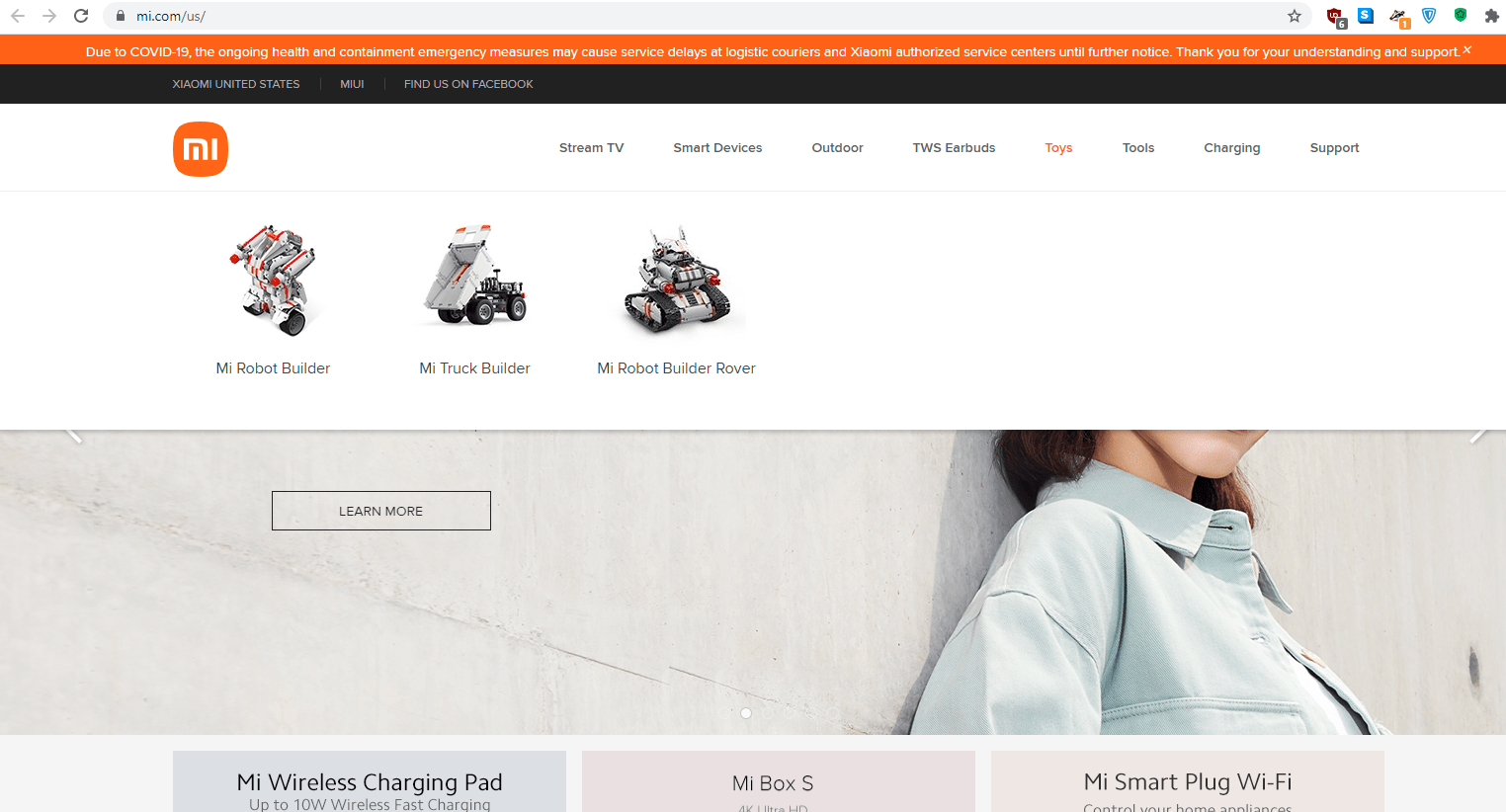 Assembling CyberDog is not going to be as easy as it is with smartphones. However, Xiaomi will eventually find enough cheap labor in China to do production rate of half million CyberDog/month. Multiply 6 million by $1,500 and its equal to $9 billion. A 5% hardware margin net income margin on that should give $450 million in additional net income for Xiaomi.

Robotics Is A Growth Driver

XIACF is a strong buy because Xiaomi is expanding to the fast-growing $100 billion robotics market. The 26% CAGR of the robotics business is higher than the 6% CAGR of smartphones. Owning a Xiaomi CyberDog is going to be more “affluent chic” than owning a $1,000 iPhone. The CyberDog won’t need to be fed or bathed. CyberDog excretes no urine or fecal matter. Its affection and actions could all be programmed through a mobile app. Pet robot dogs are awesome. Real domestic cats and dogs are major contributors to the planet’s environmental problems.

Going forward, Xiaomi’s CyberDog pet robot could eventually have more expensive versions for security/military applications. Xiaomi’s robot connects to Android phones so they can be easily re-programmed as security dogs or police/military robots. I could attach a night vision-capable camera on the Xiaomi CyberDog and use it as a mobile CCTV robot. I could also put a GoPro Hero on it and use the Xiaomi CyberDog as a videographer for weddings or birthday parties. A dog’s POV is a unique approach to wedding videos.

The French Military is testing Boston Dynamics’ robot dog Spot in their military exercises. The $1,540 Xiaomi CyberDog is the smaller version of the $74,500 Boston Dynamics robot dog. 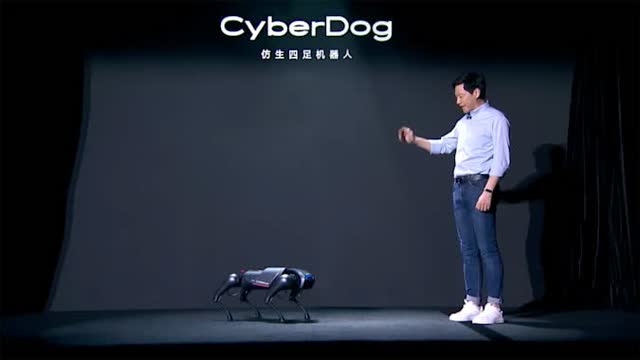 We don’t know it yet but China’s military might also order $30k versions of the CyberDog. China can use 500,000 Xiaomi-made robot dogs to keep the peace in Afghanistan. Boston Dynamic’s dog version can be equipped with guns. I’m sure the People’s Liberation Army can order AK74-equipped larger-sized CyberDogs from Xiaomi.

Xiaomi is evolving to be a mini-Amazon for smart devices/tools. Xiaomi sells washing machines in the Philippines and China. 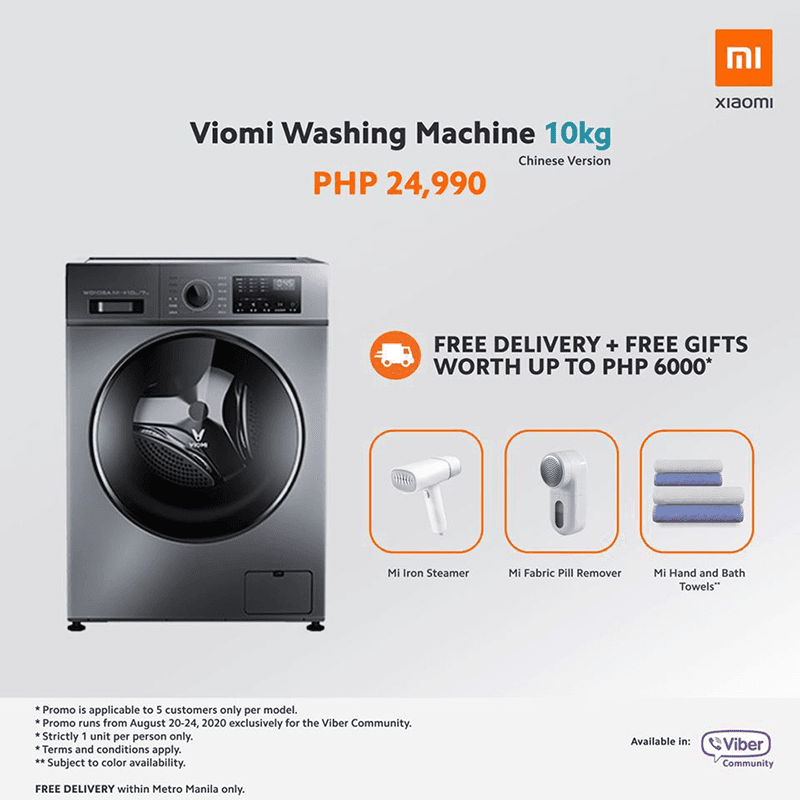 Invest in Xiaomi. It’s the no. 1 vendor of smartphones and it also sells a lot of TVs and washing machines. Soon it will become the no. 1 vendor of robot dogs. Robot dogs/cats and electric cars could eventually help improve Xiaomi’s 9.52% net income margin. A higher net income margin may induce more investors to value XIACF higher than 24x TTM P/E.