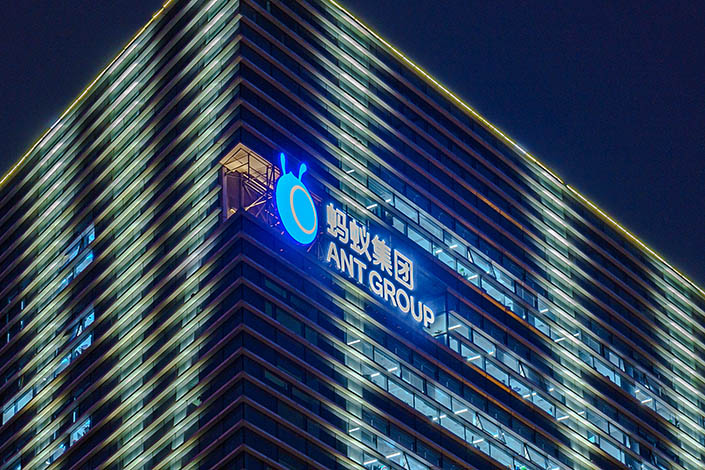 Chinese fintech giant Ant Group Co. Ltd. saw its first-quarter profit drop 37.5% from the previous quarter, according to Caixin’s calculations, as it was required to comply with new rules on once-lucrative microlending and restructure its business.

The Jack Ma-backed conglomerate contributed 4.5 billion yuan ($696 million) to e-commerce giant Alibaba Group Holding Ltd.’s profit in the second quarter, according to a Tuesday filing to the Hong Kong bourse. Based on Alibaba’s one-third stake in Ant Group and its accounting methods, that means Ant Group raked in $2.1 billion in profit in the first quarter of this year, up 48% year-on-year.

Ant Group doesn’t release financial reports on a regular basis, so Alibaba’s filings are one of the few ways observers can get a glimpse of its performance.

The lackluster quarter-on-quarter performance came as financial regulators toughened up rules on online lending, one of Ant Group’s major profit drivers. This kind of regulatory issue is likely to continue to weigh on the once-freewheeling firm’s profits, as it has been told to turn itself into a licensed financial holding company, which will be subject to similar rules as for traditional financial institutions.

Analysts have predicted Ant Group’s valuation will significantly shrink due to this restructuring. Bloomberg Intelligence senior analyst Francis Chan wrote in a report that its valuation could drop below 700 billion yuan, compared to around 2.1 trillion yuan just before its planned gigantic IPO was nixed.

The restructuring plan also includes Ant Group establishing a new consumer finance unit to take over lucrative online lending businesses Huabei (花呗) and Jiebei (借呗), which will enable its Alipay platform to focus on its original role as a payment services provider.

China’s common prosperity push does not mean ‘killing the…