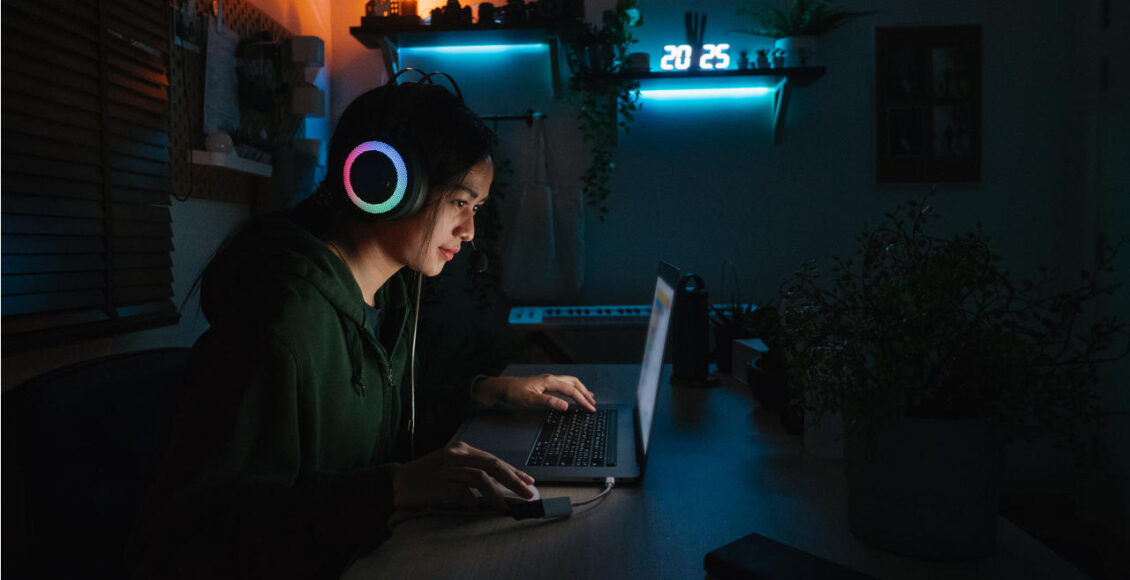 A couple of weeks ago, we published an article going over Tencent’s investment case post Beijing’s crackdown on big data. We suggested that while the government is applying heavy pressure in some industries, including the shareholder value-destructive ban on for-profit tutoring (which caused shares of New Oriental Education) and TAL Education Group to plunge by more than 90% off their past highs), Tencent’s diversified cash flows and little to no reliance on gaming revenues (a space which the Chinese government now heavily targets) should allow it to keep producing robust results, as was the case in its most recent Q2 report.

In this article, we will discuss one of Tencent’s publicly traded subsidiaries, HUYA, whose shares are currently trading around 58% lower than a year ago, with no apparent investor support to lift them towards their previous highs.

The company also faces increased risk at the moment, as unlike its behemoth parent company which enjoys multiple revenue streams and owns stakes at tons of other companies, HUYA’s sales could easily suffer if the streaming industry faces headwinds.

The latest news regarding the Chinese government’s war on underage online video gaming, in fact, could be rather worrying. Specifically, everyone under 18 years of age is now forbidden from playing online games from Monday to Thursday. Children can only spend one hour on each Friday, Saturday, Sunday, and public holidays playing video games.

Authorities claim that this ban aims to protect the physical and mental health of children. Whether one agrees or disagrees with this policy, the bottom line is that companies profiting heavily off of anyone under 18 playing video games are set to suffer.

HUYA should not be directly affected as it doesn’t sell video games. Also, its large broadcaster base does not only include qualified professional gamers and artists who showcase their gaming skills and artistic talents but also qualified amateurs who want to share fun and their life moments. That being said, while we do not know what percentage of HUYA’s streaming hours are related to gaming, it’s certainly one of its most prominent genres. In its annual report, the company particularly points out that it could be adversely affected if the Chinese and global mobile internet and gaming industries were to be negatively impacted.

Indeed, if children who were used to watching their peers play video games are to be so limited in enjoying video games, a notable chunk of HUYA’s monthly active users could dissolve.

HUYA reported its Q2 results earlier in August, with revenue growing by around 9.8% to RMB2.96B (US$458.7 million). While this marked a new quarterly revenue high, HUYA’s growth has clearly lost fuel. The company used to grow in the triple digits about two years ago. In such a short span of time, revenue growth has significantly decelerated, standing in the single digits in the last two quarters. 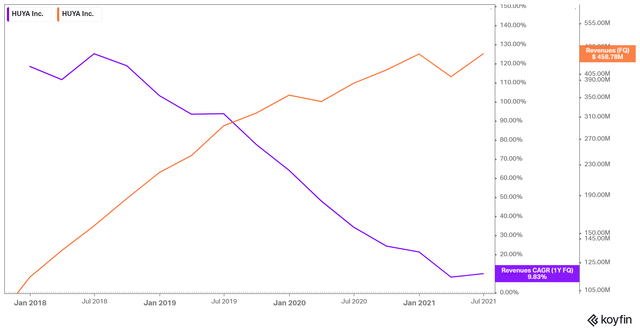 On the positive side, advertising and other revenues surged 189.9% to RMB383.2 million (US$59.4 million) during Q2, primarily driven by the revenues from licensing of content. This source of revenue has the potential to sustain growth as it gradually makes up a larger percentage of the total sales mix.

However, with the overall revenue growth clearly on a downward trend, no apparent trend of re-acceleration in its live streaming sales, and the new risk regarding the recent restrictions in video games on anyone under 18, investors should naturally be worried.

Still, the stock is cheap

Following HUYA’s stock decline over the past year, the stock appears to currently be quite cheap if the company manages to sustain revenue growth even at the high single digits. As you can see below, we have assumed revenue growth of 8% post FY2021. Further, we have assumed an operating margin of 6.6%, equal to its current one.

Plugging everything together, we come out with an intrinsic value per share of $15.76, suggesting upside of 40% from the stock’s current levels. 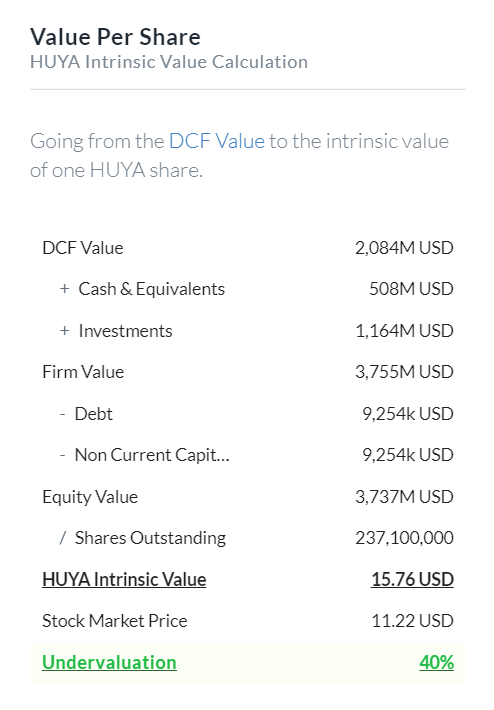 In that regard, HUYA is quite undervalued. Shares are also trading at a forward P/S of just 1.3, near their all-time low multiple, which could suggest an attractive buying point, again, if sales growth were to not decline further. 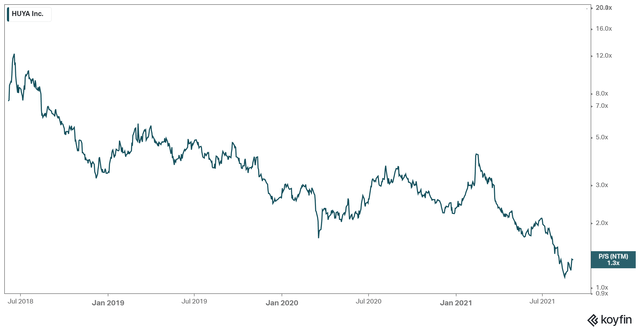 However, the multiple could also be well justified if sales growth lags further, especially considering that the company’s margins are very compressed, and in fact, slightly declined sequentially in Q2. Gross and net margins came in at just 20.34% and 7.72%, respectively. Any headwinds or increased spending to reaccelerate growth could easily result in some money-losing quarters. 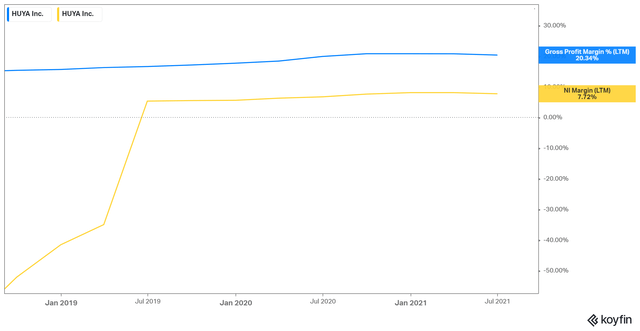 HUYA’s shares have been under pressure lately following the overall sell-off in Chinese equities, the recent gaming concerns, and the overall growth slowdown. While the stock’s decline may not have been completely unjustified, HUYA is admittedly cheap at its current levels.

Here were the possible scenarios out of selling this option at the time we did: 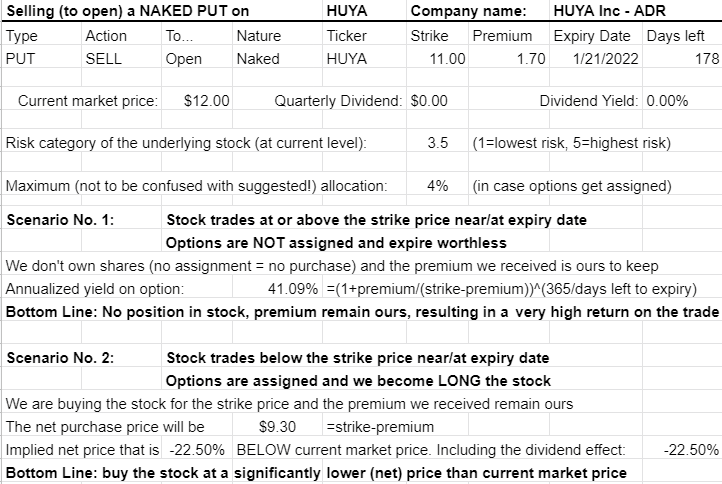 Hence, we ensured a wide margin of safety, as even if the stock was to decline below $11 and we got assigned the shares, we have set the net buying price at $9.30. Despite the overall concerns surrounding HUYA, that price would be too attractive to pass. At the same time, if shares stay above $11, we will enjoy an annualized yield on our options north of 40%. Hence, we are long HUYA, though the stock’s investment case does not come without risks.

HUYA Inc.: A Company That Strives to Unleash Future Potential in a Changing Global…

Li Auto is mulling an overseas assembly to outgrow China’s…