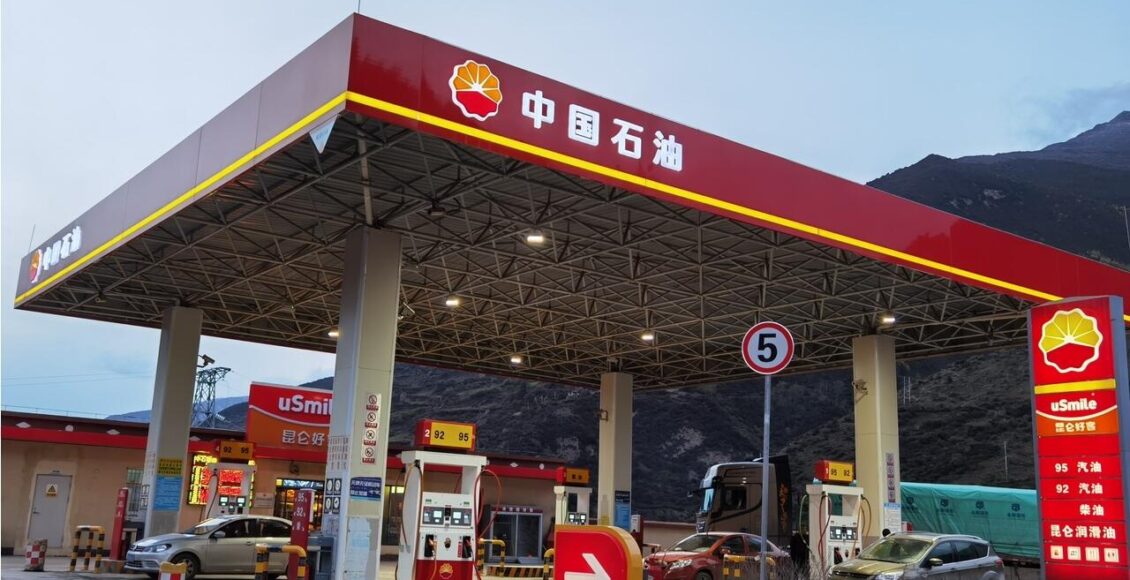 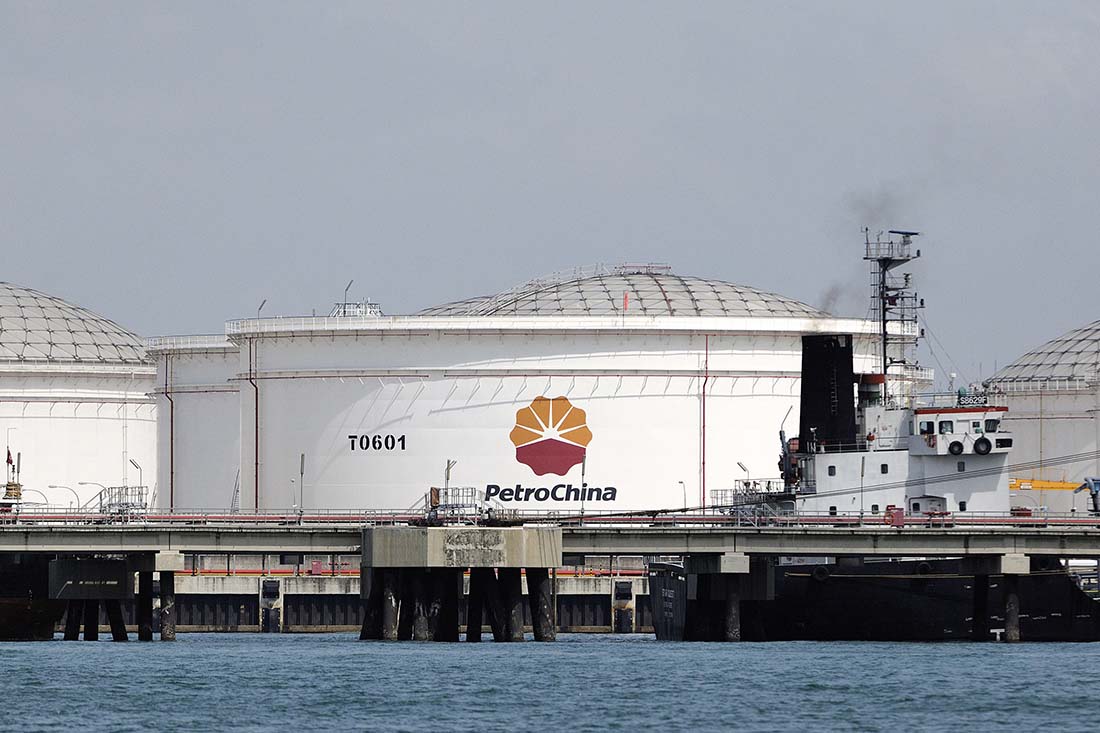 About six months ago, I recommended purchasing PetroChina (NYSE:PTR) for its attractive valuation, its generous dividend and its promising growth prospects. The stock rallied 55% in the five months after my article but it peaked in early July and has corrected 19% since then. In this article, I will review the reasons behind the recent correction and will analyze why the stock has become attractive again.

Most income-oriented investors are familiar with the high-profile oil majors, such as Exxon Mobil (NYSE:XOM), Chevron (NYSE:CVX) and BP (NYSE:BP), but they are not familiar with PetroChina, the Chinese oil giant. However, PetroChina should be included in the list of oil majors, as it is the largest producer of oil and gas in the world. In 2020, the company produced 3.85 million barrels per day of oil and gas. It thus exceeded the production of Exxon Mobil (3.76 million barrels per day) by 2%.

PetroChina has an important difference from the other oil majors. It has a much less integrated business model and hence its upstream segment generates the vast majority of its earnings. For instance, in 2019, its upstream segment generated 87% of its total earnings and in 2020 it was the only profitable segment of the company. This means that PetroChina is much more sensitive to the price of oil than its peers. This sensitivity has resulted in a remarkably volatile performance record.

PetroChina outperformed the other oil majors in business performance by an impressive margin last year. It grew its production 4.8% last year, whereas all the other oil majors reduced their output significantly due to the pandemic. In addition, thanks to its drastic measures, China was the only major economy that managed to put the pandemic under control. As a result, China grew its GDP 2.3% last year whereas all the other major economies incurred a severe recession. PetroChina greatly benefited from the exemplary response of China to the pandemic and thus it was the only oil major that posted a profit last year.

Moreover, OPEC and Russia responded to the pandemic with unprecedented production cuts. As a result, they have provided strong support to the price of oil and have led it to rally to a nearly 3-year high. Part of this rally has resulted from the massive distribution of vaccines worldwide, which are expected to put the pandemic under control later this year. Thanks to its high leverage to the price of oil, PetroChina is expected to achieve 7-year high earnings per share of $7.10 this year.

The reasons behind the recent correction

The primary reason behind the recent 19% correction of PetroChina, along with the entire energy sector, is the resurgence of daily infections due to the propagation of the delta variant of the coronavirus. The Energy Information Administration expects global oil consumption to recover from 92.3 million barrels per day in 2020 to 97.6 million barrels per day this year and an all-time high of 101.35 million barrels per day in 2022. However, the propagation of the delta variant has raised concerns that the recovery of the energy market may be significantly delayed, as some countries may impose social distancing measures once again.

Indeed, the propagation of the delta variant is a negative development for the energy market. However, the vast majority of vaccinated people are still protected from serious illness and death. This helps explain why the number of daily deaths has not returned anywhere close to pre-vaccine levels. If the global vaccine rollout continues at a fast pace, governments will not need to impose strict social distancing measures again. To cut a long story short, the delta variant is likely to delay the recovery of the global economy from the pandemic but it is likely to prove a short-lived headwind thanks to the effectiveness of vaccines against the variant.

Another reason behind the recent correction of the entire energy sector is the recent announcement of OPEC that it will gradually increase its production to pre-COVID levels until the end of next year. On the one hand, the announcement of the cartel means that a major factor behind the rally of the oil price this year will gradually disappear from the horizon. On the other hand, OPEC has repeatedly proved that it is always vigilant and will continue to support the price of oil whenever the energy market faces a downturn.

Despite its recent correction, the price of oil remains elevated and hence it is prudent not to expect much higher oil prices in the upcoming years. On the other hand, the price of natural gas remains at a 30-month high thanks to strong demand. While most countries aim to reduce their oil consumption, natural gas is a much cleaner fuel and hence environmental policies do not aim to reduce its consumption.

PetroChina invests aggressively to grow its production. The company has announced a plan to spend $37 billion on growth projects over the next five years. This amount exceeds the expected capital expenses of Saudi Aramco (ARMCO), Exxon Mobil and Royal Dutch Shell (NYSE:RDS.B). Given the sustained growth in the demand for natural gas, PetroChina will focus mostly on growth projects related to natural gas.

As PetroChina has consistently grown its production and continues to invest hefty amounts on growth projects, it can be reasonably expected to keep growing its output for many more years. On the other hand, investors should always keep in mind that the earnings of oil and gas producers are extremely sensitive to the prices of oil and natural gas, which are highly cyclical.

PetroChina has traded at an average price-to-earnings ratio of 13.0 over the last decade. Due to its recent sell-off, the stock is currently trading at only 5.9 times its expected earnings this year. As soon as the pandemic subsides, the market will probably reward the stock with its historical valuation level. If this occurs, the stock will enjoy a steep rally merely thanks to the normalization of its valuation level.

The dividend of $1.86 per share corresponds to a dividend yield of 4.4% at the current stock price. However, PetroChina is on track to recover strongly from the pandemic this year and thus it is expected to grow its earnings per share from $1.53 in 2020 to $7.10. As a result, it is likely to raise its dividend significantly this year. Therefore, investors should expect PetroChina to offer a dividend yield that is much higher than 4.4% this year.

The only caveat for PetroChina is the high debt load of the company. Its net debt (as per Buffett, net debt = total liabilities – cash – receivables) currently stands at $136.9 billion. This amount is 14 times the annual earnings of the company before the pandemic and 114% the current market cap of the stock and hence it is certainly high. If the pandemic lasts for years (e.g. due to significant mutations of the virus), the high debt load of PetroChina will burden the company.

On the bright side, the company is not likely to face any liquidity issues, particularly given the depressed interest rates prevailing right now. Moreover, a prolonged pandemic is not the most likely scenario. Furthermore, even if the world keeps suffering from the pandemic much longer than expected, China will probably remain immune, as it has proved its superior efficiency against the pandemic.

The energy sector has incurred a sell-off lately due to the propagation of the delta variant of the coronavirus, which is likely to somewhat delay the recovery of the energy market from the pandemic. During sell-offs, some stocks become unreasonably cheap. Given the exceptionally cheap valuation of PetroChina and its attractive dividend, investors should take advantage of its recent correction and purchase the stock.

China’s stock market will bounce back in 2022, but expect…